“My husband and I met when I was just 21 years old, at work. He was a manager and I worked in the deli and was going to college. It wasn’t a pretty sight! I wore a hairnet, gloves, apron, and was covered in smelly food. I couldn’t understand how he could find me attractive enough to ask me out on a date, much less eventually fall in love. At the end of our first date, he reached under the seat of his truck and handed me a single white rose, which he told me was as sweet and pure as me. Tears flooded my eyes and I was hooked!

Fast forward six years. Things haven’t always been easy for us. Brian lost his mother and the stress of it started causing chest pains. We were dismissed by doctor after doctor, being told it was ‘broken heart syndrome’ brought on by the death of his mother. Finally, one wonderful cardiologist took him seriously and we found out that he had a heart defect on one of his heart walls. His heart was damaged by an illness when he was younger and was beating WAY too fast. The stress of his mother’s passing brought out the symptoms. I will forever be grateful because if we hadn’t have found out, he could have died, and we never would have known about the damage until it was too late.

On November 14, 2010, I married my soul mate. I only remember some of it as I was in disbelief with joy most of the night haha! I am so grateful that my best friend, Amy, had the forethought to videotape, so that along with the photos, I can have memories of that wonderful day! Two weeks after our wedding day, Brian had the first of four heart surgeries.  There were some rough times, but we came out stronger! 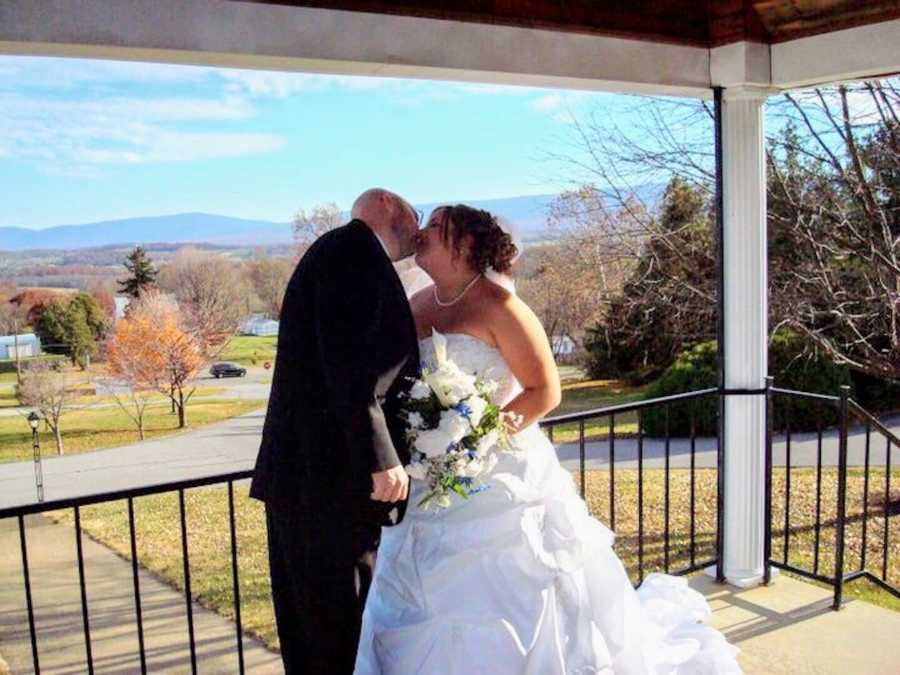 Immediately after getting married, we got to work on starting a family. Ever since I can remember, I’ve wanted to be a mom. When asked what I wanted to be when I grew up, I said ‘a mommy’. We expected that it would be easy! People get pregnant all the time! Well it didn’t go this way for us. After about a year and a half of trying, we went to see my OBGYN. After testing, she called me and told me to ‘pursue other options’ for having a child. Over the phone!

Needless to say, I don’t see this person anymore. She didn’t even discuss our other options. After a few weeks of feeling devastated, I started to research and found a fertility clinic just 40 minutes away. We had our initial appointment and testing and I began to feel hope again. The testing revealed that Brian’s medicines for his heart were causing issues with his sperm and that I had PCOS. These two things combined together were making it hard to get pregnant. They told us not to worry and that they could help with this.

Cue medicines and shots for both of us and ovulation sticks and IUI treatments. We had failed after failed treatment. We upped it to me having injections daily and having hormones like crazy! Brian actually hid in the closet from me one day! I cried when we went to Christmas town and Mrs. Claus handed me a cookie. I was definitely feeling a little up and down those days. We had decided that this last treatment with all of the injections was the last and if it didn’t work, we couldn’t afford to keep going, financially or emotionally. When I got my period, I accepted it defeatedly and went on with my life.

We started exploring adoption as a route to start our family. We looked at numerous agencies and finally decided on a reputable one. We looked hard at our finances and decided we could swing the monthly payments needed for the adoption. It felt like a car payment! Adoption is so expensive. We were working on our profile and writing our letter to prospective birth mothers and received the papers to sign the adoption agreement on a Monday morning. Also, on that Monday, I had a doctor appointment because I had been feeling under the weather for a while now. Just a bug that wouldn’t go away. Lethargic and slightly nauseous, but nothing too bad.

The doctor wanted me to take a pregnancy test. I told her we had undergone numerous fertility treatments unsuccessfully and there was no way, but she was insistent. I humored her. She told me it was most likely a bug and sent me home to shore up on fluids. I went home to my husband to review the adoption documents. About an hour later, my doctor’s office called. ‘Katie’, they said, ‘your pregnancy test came out positive. You’re pregnant.’

I felt the blood drain from my face. I felt like I was silent for a full minute. ‘What?’ I asked. ‘You’re pregnant.’ She replied. Cue the sobbing. She couldn’t understand a word of what I was saying, and neither could my husband. He jumped off the couch and ran to me thinking something horrible had happened.

When I hung up the phone and had gained enough composure to become coherent, I told him those magic words we had been waiting years to hear, ‘Honey, We’re pregnant!’ He was ecstatic! Tears were flowing and we were overjoyed. We immediately tried to call the fertility clinic. They were out to lunch and no one answered so we just jumped in the car and just drove over.

When we got there, I told them half sobbing, what happened, and they took me back for a blood test. My numbers showed I had actually been pregnant for a while! We couldn’t believe it. I called my OBGYN office, not the same lady, and got scheduled for an ultrasound the next morning. We called my parents and our close friends and told them. I know you aren’t supposed to, but we had waited SO long! The next morning, we both went to the ultrasound appointment and Brian excitedly snapped photos of the sonogram picture. The ultrasound tech was quiet, but I barely noticed over my joy. Then she turned to us and said the words that destroyed my world. ‘I’m so sorry. There’s no heartbeat.’

I felt my world spinning. How could this happen? After everything we had been through? After all of our heartache? I was devastated. Brian was devastated. I felt like I was going to throw up. The doctor came in to talk to us about our options. I could barely understand. She said we could wait for the miscarriage to happen naturally or schedule a D&C. I couldn’t bear the thought of carrying out dead child and just waiting for them to pass and imagining the pain and heartbreak I would feel.

I scheduled the D&C. We left the appointment heartbroken and waiting for them to call us that afternoon to come in for the procedure. The first thing I did was call my husband’s cousin, Chris, to come and be with him, to comfort him. They grew up together and are best friends and I knew that he would need someone there with him when I was in the procedure. Then I called my best friend, Amy. She lived over 2 hours away and actually beat us to the hospital that day.

I woke up crying after it was done. I tried to stay strong for Brian. He had a hard time as well. Three months later, the company I worked for sold and I was out of a job. All of the stress accumulated, and I had my first panic attack. I went to therapy and child loss support groups and cried a LOT. I don’t think that miscarriage is talked about often enough. It is a loss. For many people, a loss that doesn’t come with a solution.

Brian and I have never been able to get pregnant and I know that is a pain for many women. However, I am now able to see my blessings through the pain. If we had not gotten pregnant, we would have signed those adoption papers. When my company went under 3 months later, we would not have been able to keep up with those payments without major sacrifices. I wouldn’t have found my current job where I work daylight hours and enjoy my job much more. (My last job was in the cancellation department and I got yelled at a LOT!) 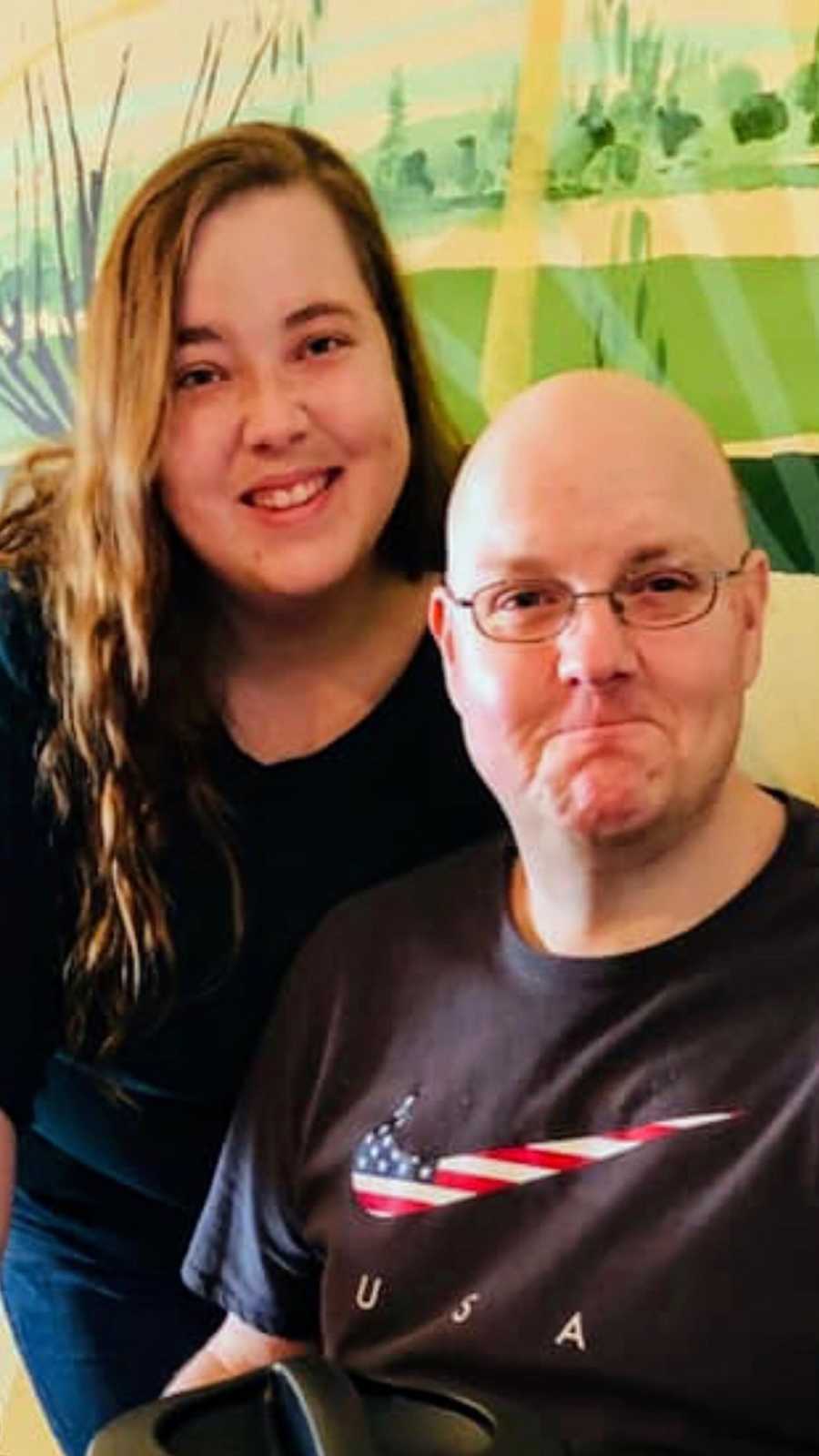 Most importantly, Brian and I would have never started our journey as foster parents. And we wouldn’t have adopted our beautiful son, Andy. I won’t lie, being a foster parent isn’t easy. You have to love every kid with every part of your being and then watch them leave with a piece of your heart each time. You welcome them into your heart and home and don’t know how long you will have them to love, so you make each day count and show them how much they matter and how much you care and if you’re really lucky, you build a family. A family that sometimes lives in your home for a while, sometimes stays, but always lives in your heart.” 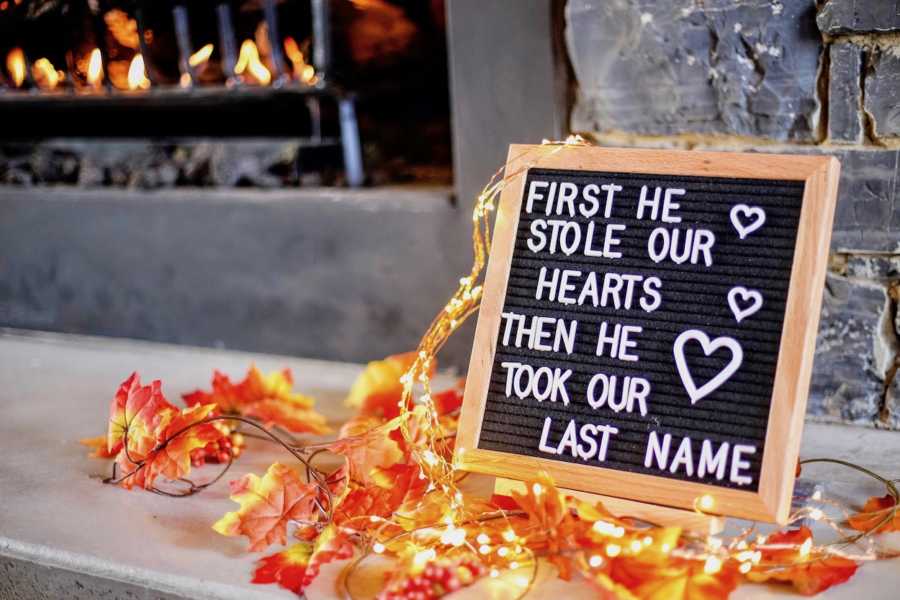 This story was submitted to Love What Matters by Katie Gochenour. Do you have a similar experience? We’d like to hear your important journey. Submit your own story here, and be sure to subscribe to our free email newsletter for our best stories.

‘Eeww, look at those gross bumps,’ you said to your friends as you filled your slushies. ‘She should really have a cover-up on.’: Mom of 4 embraces postpartum body after public shaming

“My kiddos and I were at the indoor water park this weekend for a family birthday celebration. As I stood in line to get some overpriced hotdogs, you and 3 of your friends were behind me. My boobs were saggy. My stomach, flabby. I felt embarrassed and uncomfortable.”

‘How could I have been so selfish for getting pregnant?’ At 18, there was someone growing inside of me.’: Teen birth mom shares emotional adoption plan, ‘I knew they’d never go a day without being loved’

“The rush to the bathroom every morning, the little kicks in my stomach, the constant embarrassment – it was a lot to deal with at such a young age in such a small town. The guilt was eating at me. Then I found them. A picture of a couple and 2 tiny pairs of shoes underneath a sign reading: waiting for you.” 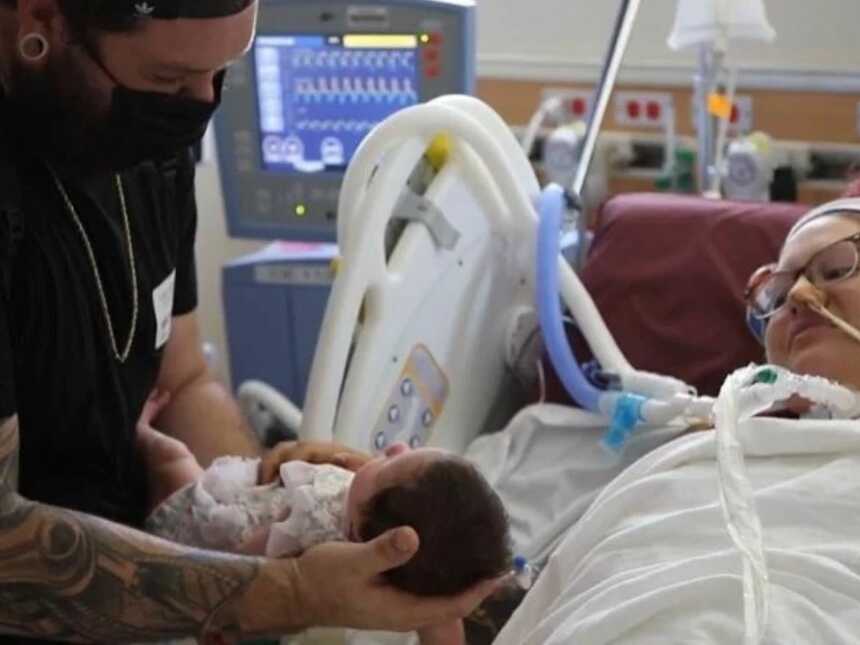 ‘Are you ready to see your baby?’: New mom holds daughter after 85-day Covid battle in emotional video

No eye was left dry.