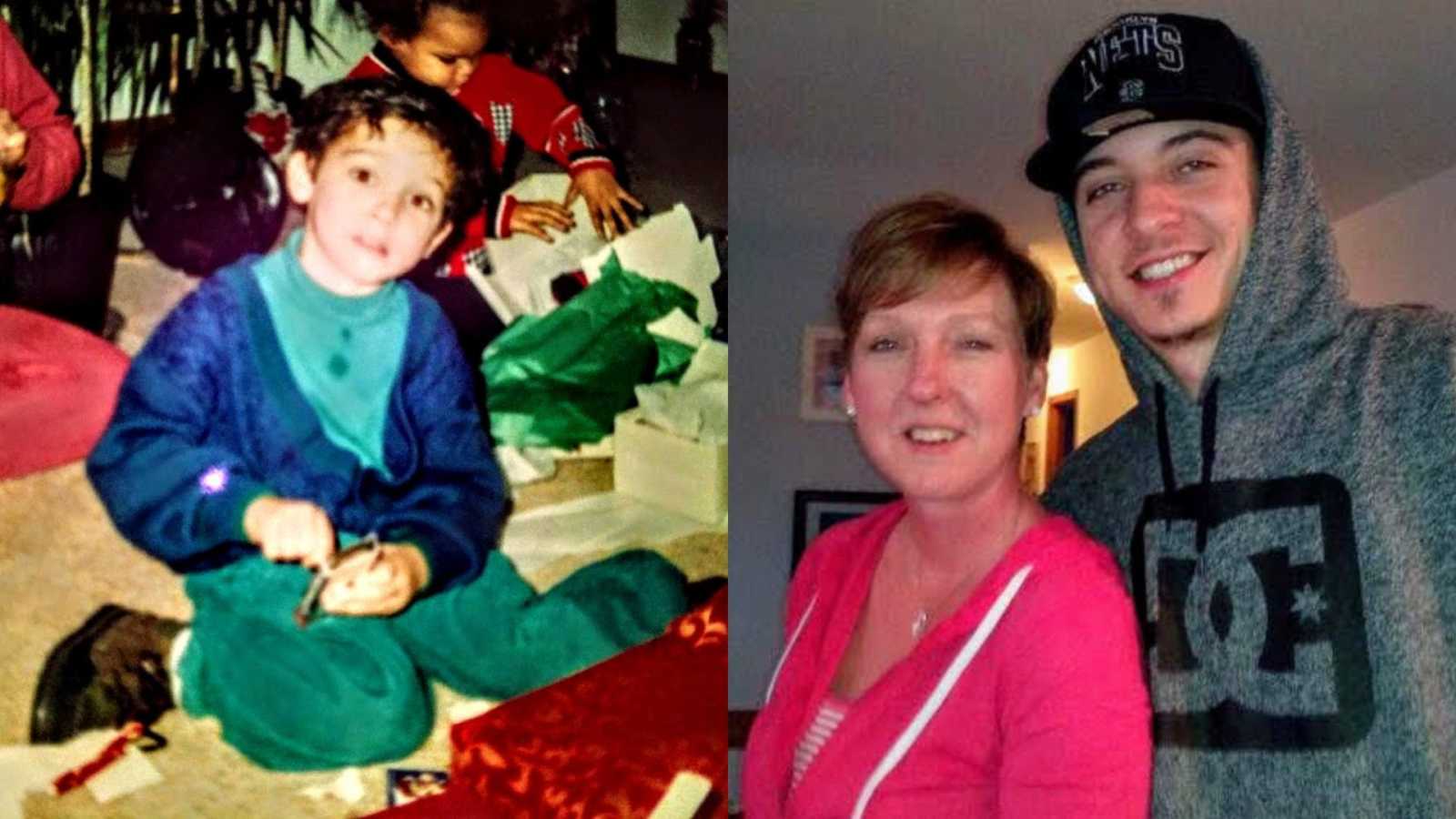 “In May of 2015, my son Alec was feeling ill. We believed he was coming down with the flu or some other virus. The symptoms seemed to progress until I received a call from him.

He complained of severe headache, dizziness, stomach pains, vomiting, severe muscle cramps in both legs, and very frequent trips to the restroom. He went on to add that he felt like he was dying. After hearing this and knowing the symptoms were steadily getting worse, I recommended a trip to the doctor to see what was going on.

I figured he was dehydrated and would need fluids. I did not imagine getting a call a few hours later telling me he had Type 1 Diabetes and was experiencing high blood sugar and severe dehydration. Most likely, Alec was in DKA (Diabetic ketoacidosis), which is life-threatening.

While Alec was in urgent care receiving insulin by IV and getting re-hydrated, I was at work trying to figure out how a healthy 24-year-old ends up with Type 1 Diabetes, sometimes referred to as Juvenile Diabetes. What I found out was that most likely Alec had a virus that attacked his pancreas, making it non-functioning, and required insulin to stay alive.

New life with T1 for a 24-year-old was challenging, but Alec was a trooper. He managed his diagnosis much better than I would have expected. He watched what he was eating, took his insulin, remained active, and decided that he was not going to allow this autoimmune disease to control his life. He was going to live life to the fullest and take charge of his disease.

Life with T1 is stressful and demanding. You are constantly watching the foods you eat, taking insulin, and checking blood sugars. You’re worrying about numbers and levels and stressing about sleep and finances. T1 is also very expensive. You need to purchase insulin, a blood sugar monitor, test strips, lancets, needles, and wipes. If you’re on a pump and a continuous glucose monitor, it gets even pricier.

For the first two years of his diagnosis, he was covered on my insurance. Yet, even with the insurance coverage, Alec was spending $250-300 each month on insulin and diabetic supplies. We made it work but there were times when this amount was a struggle. Very rarely did Alec complain or ask for help, this was just the type of person he was.

Alec was trying to display independence and maturity. He was a hard-working young man who was raised to work hard for what he wanted in life and not expect handouts. He was raised to help others, to be supportive and not depend on others. Ultimately, I think the very things that we as parents tried to instill in our children is what backfired on us.

In May of 2017, Alec turned 26 and was no longer eligible to be covered on my insurance. His place of employment, even though he worked full-time as a restaurant manager, did not offer benefits like health insurance. Alec worked 40-50 hrs a week in a salaried position making around $40,000 a year before taxes. He lived independently in his own apartment, had his own vehicle, but could not afford the insulin he was required to take multiple times a day to stay alive. Without my insurance, Alec’s insulin and diabetic supplies cost $1,300 a month. Unfortunately, he didn’t reach out to his friends or family and share with us his struggle to afford insulin.

He never reached out and asked for help. Now, it’s too late.

When Alec went to the pharmacy the first time to buy his insulin and supplies in June of 2017 without insurance, he left empty handed. The bill was higher than what he expected. He didn’t have the $1,300 in his bank account. Alec went home and ultimately died from Diabetic Ketoacidosis as a result of rationing his insulin that he could not afford.

My son’s body was discovered on June 27th, 2017. He died all alone in his apartment. From everything that I’ve read, he died a very painful death, a death that should have never happened, a death that could have been prevented. My son lasted only 27 days without insurance to help cover the expense of insulin and diabetic supplies.

I’ve been to my fare share of funerals. My grandparents have passed, my father has passed. I’ve had many aunts and uncles pass away. But nothing prepared me for the death of my child.

The death of your child is, in fact, the most horrific pain imaginable. I remember driving home from Alec’s apartment after the coroner removed his body and having my husband pull over multiple times for me to puke. I remember feeling like I was dying, like the pain is too intense and it would just stop my heart and I’d die. I recall trying to make conversation with all the friends and family who showed up at my house that night to try to comfort the family. My mind was just a mess and I probably made no sense. I felt like a zombie. I recall not sleeping that night, thinking that if I slept I would not wake up because my heart hurt so bad. I recall standing in the shower in the morning and sobbing so hard and for so long that the water turned cold before I got out.

The week leading up to the funeral was a blur. I am grateful for all the friends and family who were by my side almost twenty-four hours a day to help make the arrangement, and to keep me from losing my mind. My friends and family were the true heroes that week because I truly just wanted to curl up and die. I did not want to face the reality of how my family changed in the blink of an eye, how Alec would not come home to hang out, how life was never going to be the same. It seemed impossible to think I would not see him, hear him, get a hug from him ever again.

Shortly after Alec’s death, I found out that it’s common practice for T1’s to ration insulin. They do this because the product is no longer affordable. Over the past 20 years the price has increased by 1200%, making it the 6th most expensive liquid in the world. Pharmaceutical companies have no regulations to keep the price affordable. The U.S. is the only industrialized nation that is experiencing these issues. The price of insulin in the U.S. is 10-15 times more expensive than any other country. When I began to hear stories from the DOC (diabetic online community), I knew I needed to share what happened to my family. I needed to try to prevent more deaths.

Two years later, I have become an advocate for affordable and accessible insulin. I work with an international advocacy group called T1international. I have been sharing Alec’s story and have been able to help bring awareness to the issue. I have decided that the only way I can work through my grief is to share Alec’s life, and his death.

My family (husband and three other children) have decided that the best way to mourn our Alec, the best way to leave a lasting legacy in Alec’s name, is to stand up and fight. We’ve set aside the shame, the embarrassment, and the negative connotation of sharing our personal story. We’ve decided as a family that it’s our mission to put a stop to the greed of Big Pharma, to put a stop to the senseless deaths caused by the price tag of insulin.

We’ve stood up and shared Alec’s story at rallies, on the radio, by testifying at the state and federal hearings on drug prices, by working side by side with state and federal legislators, by working with a grassroots advocacy organization that’s focused on making insulin affordable for all who require it. Through these efforts we have made great friends. We’ve made valuable allies and have shown the world what an insulin crisis looks like. Our ultimate goal is to bring down the price of insulin, helping to save the lives of the 7.5 million Americans who use insulin. We are a long ways away from the final goal.

As I sit here today, I think back on memories of Alec. His first day of kindergarten, graduation from high school, going off to college, family vacations, holding his newborn daughter.

These are all amazing memories. Memories will last me a lifetime but they do not replace my son. I never expected to have such a limited timeline of memories. I try daily to remember that life is short and we don’t know how much time we have on this earth. To value every moment we do have. I love my family and I remind them often that they are loved. I hold tight the memories that have been made and look forward to all the memories coming.

My grief has been a journey. No two journeys are the same and my journey is not complete. I know that a level of my grief will last a life time. I know that some days are better than others. Holidays and special events are the hardest.

This story was submitted to Love What Matters by Nicole Smith-Holt, T1International Charity Ambassador, of Richfield, Minnesota. You can follow her journey on Facebook. Submit your own story here and be sure to subscribe to our free email newsletter for our best stories.

‘My baby had undiagnosed Type 1 Diabetes. Her blood sugar level was in the 500s. How could she have died from a disease thousands of people manage? I could not comprehend.’

‘My son complained of pain in his abdomen. He was gray in color, his cheeks sunken in. When he started throwing up, I thought, ‘Maybe he ate something bad.’ I was in denial.’

Kylee thinks she’s participating in a family photo shoot. In reality, she’s about to receive her dream come true, courtesy of her mother’s boyfriend.