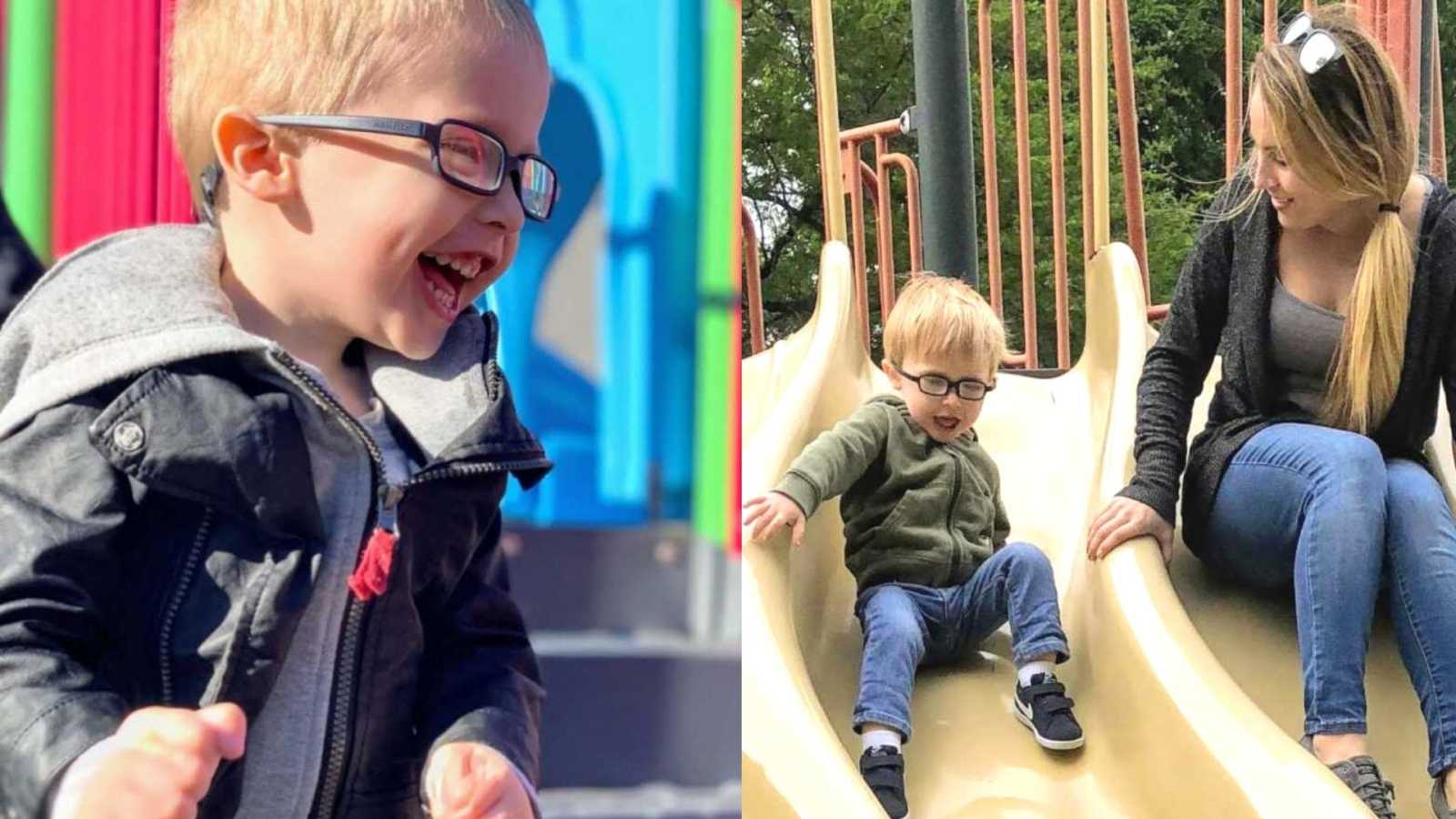 “To the parents who intentionally made my family feel uncomfortable that day,

I will never forget you. But that’s what you wanted, wasn’t it? Otherwise you wouldn’t have been staring at us so openly as my son was inconsolably crying. You wouldn’t have been casting judgement, giving disapproving looks, or whispering about us. But you all did those things because you wanted us to know you were looking down on us. I know this because you are not the first to have done this. You are just the ones I am constantly reminded of.

My husband and I brought our two sons to go watch their aunts play high school basketball. The game hadn’t begun, all the girls were just warming up. Our four year old loves watching basketball. He always has. He had been going to watch his aunts play since he was five months old. He fell in love with the game. As soon as he could talk, he was always asking to go watch basketball games. This was before. Before life became so difficult for our son.

Our son has autism and he has had multiple medical issues with his hearing since he was a baby. This has led to his recent sensitivity loud noises, especially the buzzer during the basketball games.

We paid to go watch the game, just like every single one of you did. As we walked in the gym, my son began to whine a bit because he was scared the buzzer was going to go off. As soon as we sat, we tried to comfort him with his favorite blanket and snacks. This is where all of your stares and looks of judgement began. Ignoring you as best we could, we finally calmed our son.

He was watching the practice calmly and quietly and he was so excited. I noticed the timer was approaching the minute mark so I warned my son the buzzer was going to go off so he wouldn’t be surprised. We hoped preparing him would make it less scary. My son began to whine again, saying, ‘No buzzer, I don’t like buzzer.’ Little did I know, the buzzer sounds at the minute mark and again after. So just seconds after I told my son one more minute, it went off.

I had a plan going to this basketball game. I tried to warn my son so he could be prepared but I failed him and the game hadn’t even begun yet.

Since it went off early, he wasn’t ready and he screamed out of fear. He cried so loud, people across the gym had begun to stare at us. We tried again to calm him but it was too late. Another buzzer went off. He was hysterical, in tears, asking to go home.

His love for the game wasn’t enough to help desensitize him to the loud noises he feared. I looked at my husband defeated and said we should go home. Instead, he took our son and tried to calm him. Everyone stood for the national anthem. Our son was still crying.

I’ll never forget the way you made my family feel. It’s not like we weren’t trying to help our son. We were not intentionally trying to be disrespectful. All you saw were two young parents struggling and assumed we didn’t know how to handle our child.

You don’t know our struggles and you don’t understand our journey. You don’t know how much our son loves basketball. You didn’t feel my heart break the day I realized walking into a gym to watch a basketball game may never happen again for my son. He should have his whole life left to enjoy this game and I am doing everything in my power to help him overcome that. It’s not easy going into a situation you know will be uncomfortable but that’s what we do for our son.

I want to thank the ONE person who worked at the school. You offered my son noise canceling headphones. Thank you. You didn’t know we had them with us and already tried them, or that wearing them made his head uncomfortable. He doesn’t really understand how helpful the headphones can be. But YOU. You, are the one silver lining the day. You restored my faith in humanity in that moment.

The only way to help my son overcome his fear of loud noises is to constantly expose him to them. That is what we do whether it is popping balloons in our house, blowing an air horn, or taking him to basketball games. That is what we will continue to do in hopes of getting my son back into the gym to watch his favorite sport one day.

This story was submitted to Love What Matters by Jamie P. Submit your own story here and be sure to subscribe to our free email newsletter for our best stories.

‘To the dad at the bounce park, thank you for teaching your child to interact with someone ‘different.’: Mom to son with Down syndrome shares stranger’s act of kindness, inclusion that made her ‘heart swell’