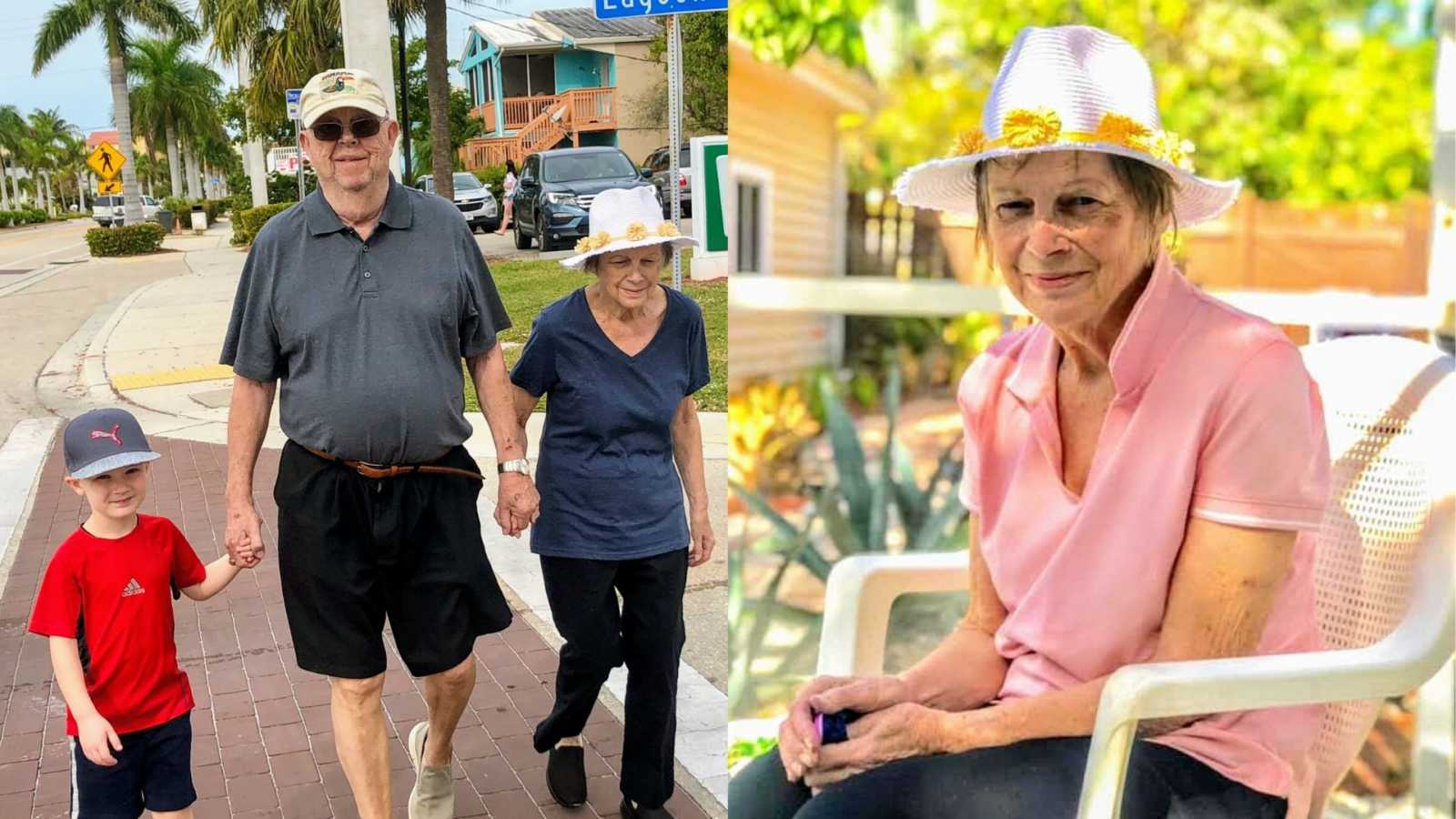 “He reached into the candy bowl and pulled out an attractive-looking item. Only once it was in his hand, he realized it was just an empty wrapper.

The guilty culprit was the frail, elderly woman holding the bowl on her lap while biting into a chocolate bar, letting empty wrappers fall back into the bowl.

Her expressionless face didn’t flinch when my 3 1/2 year old son stood there looking at her, wondering what he should do next.

Our tour down the halls of the nursing home had been filled with cotton spider webs on the walls, a colorful path on the floor, and a huge inflatable black cat. Residents sat on chairs, and were decorated with Halloween scarves, hats and sweaters. They held bowls on their laps, ready to bestow candy upon disguised children.

We practiced our ‘trick or treats’ and ‘thank you’s’ as we stopped in front of each person and waited for them to drop a treat in the bag.

Then, we got to the woman innocently eating a chocolate bar out of her own bowl, blissfully unaware of the hubbub around her.

Yet, even at 3 1/2 years old, my son knew something was not quite right about pulling an empty wrapper out of a bowl that should be offering a treat, not a trick.

A kind, elderly gentleman next to her noticed my son still standing there. The man misunderstood, assuming my son had simply preferred a different kind of candy. I gently mentioned that the one he had picked was empty. The man smiled and chuckled knowingly as he reached for a different option and plopped it in his bag.

Content with the second option, my son said his ‘thank you,’ and we smiled and moved on. The elderly woman holding the bowl continued nibbling on her chocolate as if nothing had happened.

It was a cute moment, but also sad. Sad because my son’s own grandmother would have likely done the same thing.

About a year and a half ago, my husband’s mom began showing the signs of Alzheimer’s.

In a matter of months, she began to rapidly decline.

At first, it appeared to be mild confusion and extra worrying. But what seemed like innocent behavior quickly progressed into disorientation and confusion over daily tasks, routines, and people.

My husband and his brother were heartbroken as they began to witness their mother turn into a shell of who she once was. Within months, she no longer recognized my sister-in-law and I, much less her grandchildren. My husband isn’t even sure she knows who he is anymore. He and his brother have had to mourn the loss of the mother they once knew.

Last Christmas, we gathered together with my husband’s side of the family.

Over and over, we patiently explained who people were…people in her family. We helped her find the ‘missing’ items she was so concerned about. We described our plans for the day over and over. We helped her put her shoes on and helped her onto her bed for naps.

We did this out of love and with a heavy heart.

Yet, amid the sobering moments, there have been plenty of moments where we can smile and find the humor in the situation. It’s almost like my mother-in-law has been pulling a big prank on us and watching to see how we’ll react.

For example, we all learned very quickly to keep an eye on our plates and glasses at the table, or Grandma might help herself to whatever caught her interest, right under our noses.

On one particular outing, we noticed my mother-in-law was wearing an outfit we had never seen her in. My stepdaughter gasped when she realized that her grandma, who had been steadily losing weight, had managed to slip her small frame into my teenage stepson’s skinny jeans and favorite band t-shirt. She had apparently surreptitiously taken the clothing from his suitcase when he wasn’t looking.

Thankfully, my stepson handled it with grace, but he was surprised, nonetheless!

On another occasion, we sat together around the dinner table, finishing up enchiladas and wine after the sun had set.

My mother-in-law stood up and began sifting through the contents of my purse by the front door. She found my sunglasses and without a word put them on and rejoined us at the table. We smiled and commented how pretty she looked. She smiled back proudly.

It was sweet on the one hand, and so incredibly sad on the other.

It has been heartbreaking to watch her be so unaware of herself and her surroundings, especially for a woman who, in the past, wouldn’t have even entertained the thought of being seen without her hair properly curled. Yet, these moments have bonded us all and forced us to work together to do the things she once did for herself.

We will be flying to see my in-laws over Thanksgiving.

Even if Grandma doesn’t know who her grandchildren are anymore; even if she sneaks food off our plates and is blissfully unaware, we are thankful for each moment we have with her. We will honor her now and honor the memory of who she was.

Just as we showed patience and respect to the woman we came across in the nursing home who was unaware of her surroundings, we will do the same for my mother-in-law when we visit her and my father-in-law this Thanksgiving. We will treat her with dignity and teach our children to do the same, even when it is sad and painful to watch her mind and body slipping away.

And we will tell Grandma just how pretty she looks and make sure she has plenty of sweet treats.”

This story was submitted to Love What Matters by Heidi Farrell of Not Just A Stepmom. You can follow her journey on Facebook and Instagram. Submit your own story here and be sure to subscribe to our free email newsletter for our best stories.

‘Did she want another woman in her life? I waited to meet my stepdaughter for the very first time. My heart pounded as she stepped in the car.’ Woman explains there’s ‘nothing natural about a blended family’

‘My pregnancy crushed my stepkids. The mom and dad they’d known were gone, and now we were bringing a baby into their lives.’ Mom feels ‘remorse’ for bringing child into ‘complicated’ home

“Because if our marriage is hurting, our whole family will be sick.” 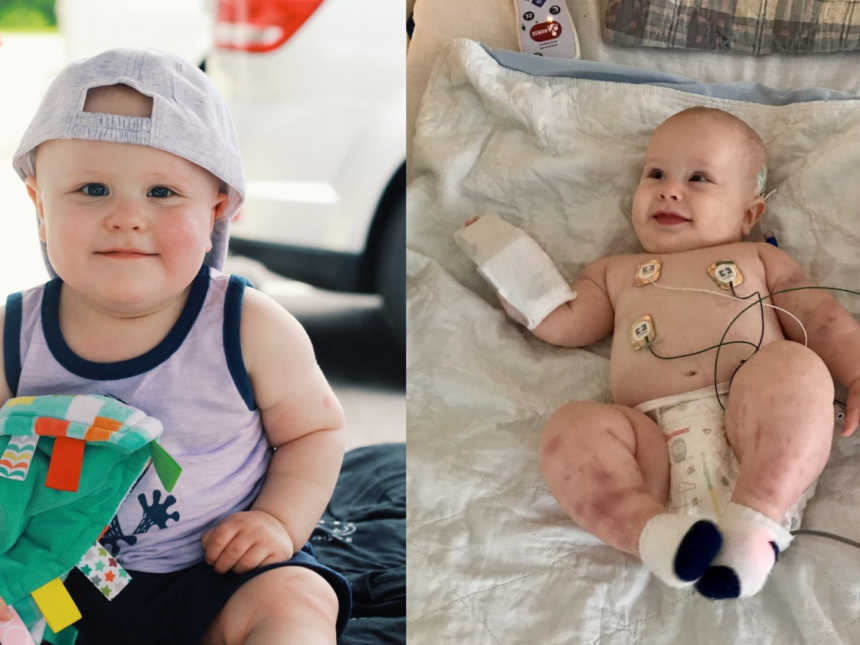 ‘I picked him up from daycare. His little legs had bruises all over them. He was only 4 months old, so he wasn’t crawling yet. There was no obvious explanation.’: Son diagnosed with acute lymphoblastic leukemia after mysterious bruising

“My husband inquired about the bruising. He was told that, ‘babies just bruise easily,’ and the bump was just a birthmark. Our minds were filled with fear and uncertainty and our stomachs were in knots. Feelings of anger crept up inside of me.”