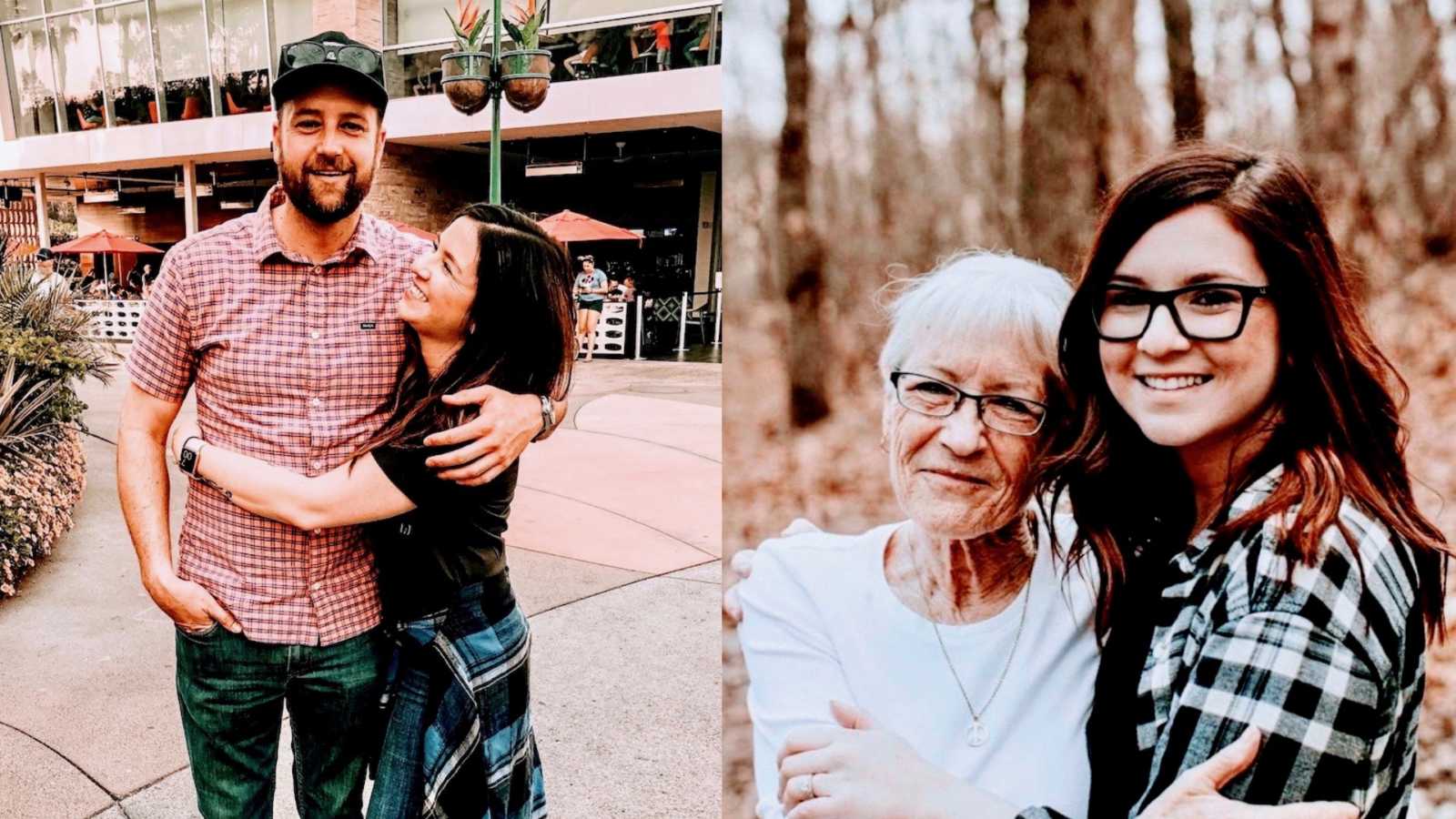 “I’ve known I was adopted my entire life – I don’t remember any pivotal moment that I found out, but it’s something I had always been curious about.

My biological mom was pregnant with me and the timing wasn’t right in her life to have another child, but she was going to try anyway.

Once she got to the delivery room, she met Pam, who worked in Labor and Delivery where she was delivering, and who would end up adopting me shortly after birth.Pam was unable to have kids of her own, and she was on an adoption waiting list with her husband when I basically fell into her lap. She took me home the next day, and we spent 7 amazing years together. She passed away suddenly in bed with me when I was 7, something that I would struggle with for a long time.

Growing up I always wondered what my biological parents looked like. How big my boobs would get. If cancer ran in the family. Why I’m so short.

When I got older, I always tried to find my biological mom – I had a name to go off of, but it was a name she hadn’t gone by in a long time – she had since remarried, so a first name was all I really had to go by. After trying to go through the court system to get my health records and kindly being told that I had no rights since it was a closed adoption, I decided to start digging, and with the help of a family member, I found her name online with a list of known relatives.

I picked the name Shane from the list of known relatives at random, searched for him on Facebook, and struck up a conversation through messenger (and funny enough, we actually had a mutual friend). I told him I was a long-lost family member, and I was curious if he had the email of the woman I was searching for. He told me to give him a call so he could help me. I thought he knew what I was going to talk to him about. He did not.

I’ll never forget the panic I had before I finally picked up the phone to call him, knowing it could very well be a life-altering phone call. I told him I wasn’t going to beat around the bush anymore, and that I was adopted, and I only had a few clues about my biological mom. I knew she lived in Glendora at some point, I knew she had me at 40 years old, and I know that she had 3 other kids. He told me that he grew up in Glendora, she moved away when she was around 40 years old, and he had 2 sisters. I knew it was him. He told me he was going to make a phone call to see if his dad knew anything about it, and he was going to give me a call back. Panic set in.

He called me back about an hour later. ‘So uh, yeah, it turns out you’re my sister.’

I don’t remember much about the conversation that came after that, but I do know that we talked for hours and hours, with me asking him a trillion questions and him sending me any photos he could find from around the time I was born. He never even knew his mom was pregnant with me. She’s tiny like me, and she was able to hide it extremely well.

We talked for a few days with him filling me in on a ton of information, putting puzzle pieces together. I asked where he worked, and when he told me, I thought it sounded familiar. I told him that the church he worked at was where the little girl I nannied went to preschool. At the same time, we both quickly realized that we already knew each other. I walked the hall every day to pick up Taylor, and I saw him once or twice a week, there at the church. I instantly remembered him. That was one of the most surreal feelings I’ve ever had in my life.

I eventually ended up meeting my siblings, and we talked about the things we had in common – how much we look alike, how my sisters and I all have these little white freckles on our shoulders, how crazy it was that we’ve all lived so close our entire lives, how we must have seen each other in passing at some point.

I finally got to talk to my biological mom on the phone, which was something I often wondered if I’d ever have the chance to do. It was everything I imagined it would be. She flew into town a week before my wedding and we finally got to meet – and it turns out she’s short too. We share so many similarities in the way that we look, but also the way that we act.

My sister jokes that we even walk the same way. I’m extremely close with my siblings, which is something else I dreamed about. I have the cutest nephew in the world, with one more on the way. I’m the luckiest girl in the world to have met my family, but even more lucky to have grown so close with all of them.

I know a lot of people question whether or not they should meet their biological parents, but for me, it was something that I felt like I needed to do. I found myself thinking about it constantly and I knew it was the right choice for me. If finding them is something you’re thinking about doing, the amount of resources out there are seemingly limitless. On April 25, 2014 my life changed for the better, so if finding your biological family is something you’re considering, I hope you find the information you’re looking for.”

This story was submitted to Love What Matters by Tarynne Webb, 28. You can follow her journey on Instagram here. Submit your own story here and be sure to subscribe to our free email newsletter for our best stories.

‘I got a call from a strange number. I immediately trembled. Inside I was screaming, ‘Answer the phone! It’s her!’ Then came a voice I’ve waited my whole life to hear. ‘Hello, is this Heather?’

‘My birth control failed. I wasn’t ready to be a mother. 40 years later, I crashed into a man at the supermarket. ‘Do I know you?’ My heart dropped.’

‘I looked at my mom, tears welling up. ‘Was I adopted?’ She knew this day would happen. She knew I’d want to know. My answer was a few clicks away.’ 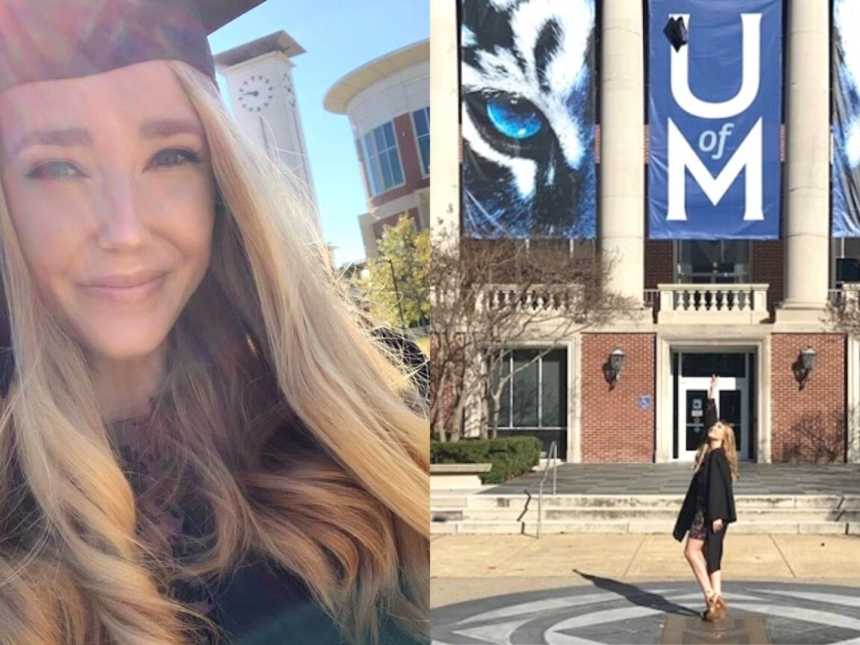 “I had no clue I graduated with honors.”