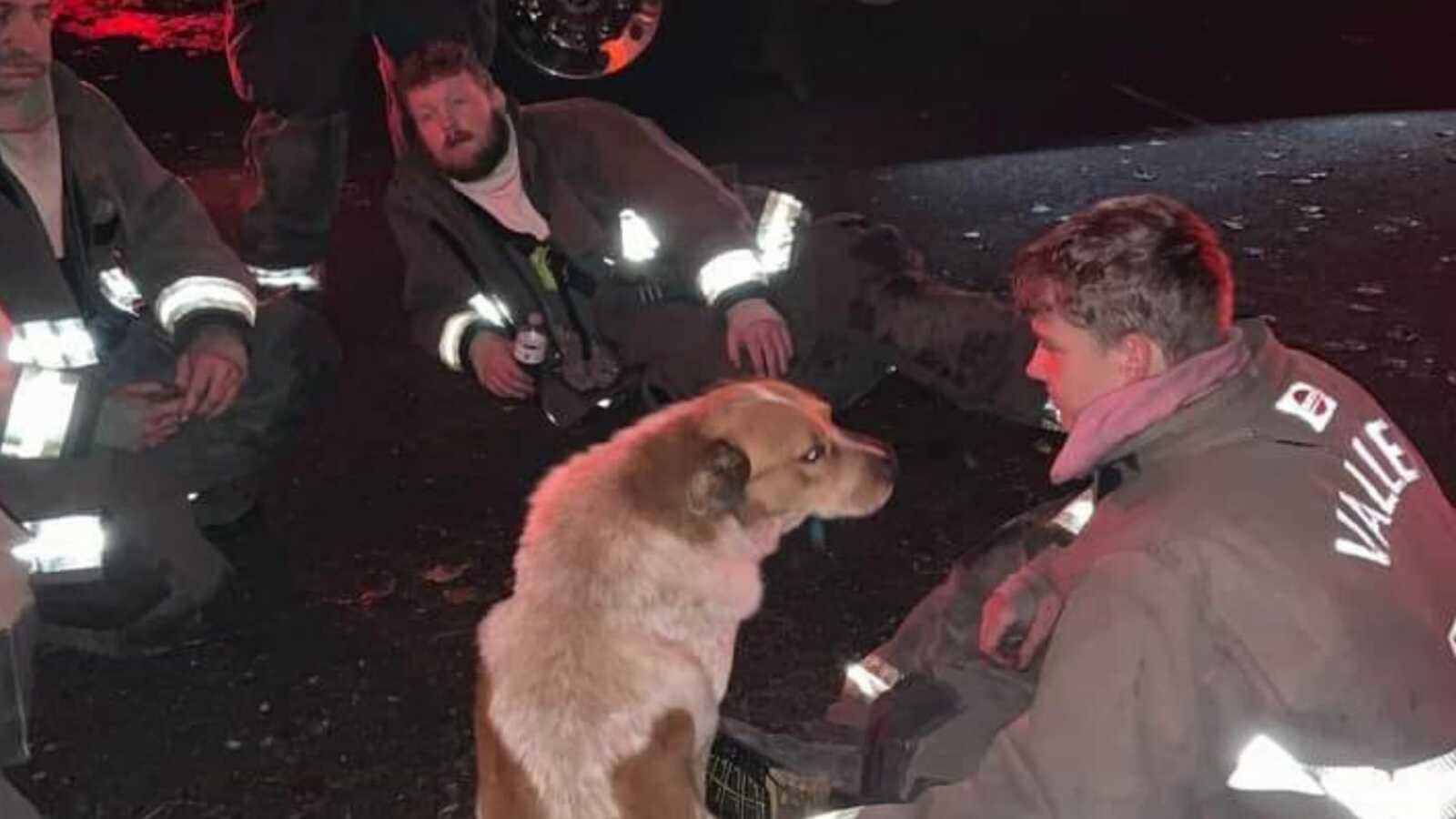 When an adorable dog started hanging out at Charity Golloway’s house in Virginia, she was more than happy to take in what she assumed to be a stray, as were her two children.

They named the pup Butter and made an outdoor shelter for him, complete with an electric lamp. It made for the perfect resting spot — until something went horribly wrong one night.

Somehow, the electric lamp caught fire, and the flames grew quickly. Butter recognized something was wrong and ran to Charity’s window, barking incessantly to warn her of the danger just 5 feet away from her house. It took Charity a moment to get up and moving, but as soon as she did, the heat from the flames burst one of their windows.

Because Butter warned them of the fire, Charity and her children were able to get out of the house safely and call 911 before the flames reached them. They even managed to put out the fire with a firehose themselves before the Valley Volunteer Fire Department team arrived.

Once they made it to the scene, Butter was happy to greet them. Needless to say, the first responders felt the same way about the heroic pup.

“It was a really nice dog,” firefighter Justin Stidham said. “It came up and played with all of us. I was sitting there petting it. It was just nice as it could be.”

Upon further inspection, the firefighters discovered the home had only sustained minor exterior damage, including the broken window Charity heard and some melted vinyl siding. These things will take a little time to fix, but it’s almost nothing compared to what could have happened.

A photo of the heroic Butter hanging out with the firefighters afterward unexpectedly blew up on Facebook, leading to an even more unexpected call for Charity. Not only is Butter not a stray, but his parents also found their missing pup thanks to the viral image.

“He’s going to be leaving us and that makes me want to cry, but I’m happy for him,” Charity said. “We will be staying in touch.”

Butter, or rather, Cooper, ran away from his family’s home over the summer, so his loved ones are eager to see him again. They’re arranging when they can pick him up, but in the meantime, Charity and her kids are enjoying the time they have left with him, which includes rewarding this lifesaving pup with a juicy steak.

“If it wasn’t for him, who knows what could’ve happened. It could’ve been way worse,” Charity said. “I’m really grateful for that stray dog that wandered up into my yard.”

‘He was beyond putrid.’: Neglected dog with multiple infections transforms after adopted by forever family