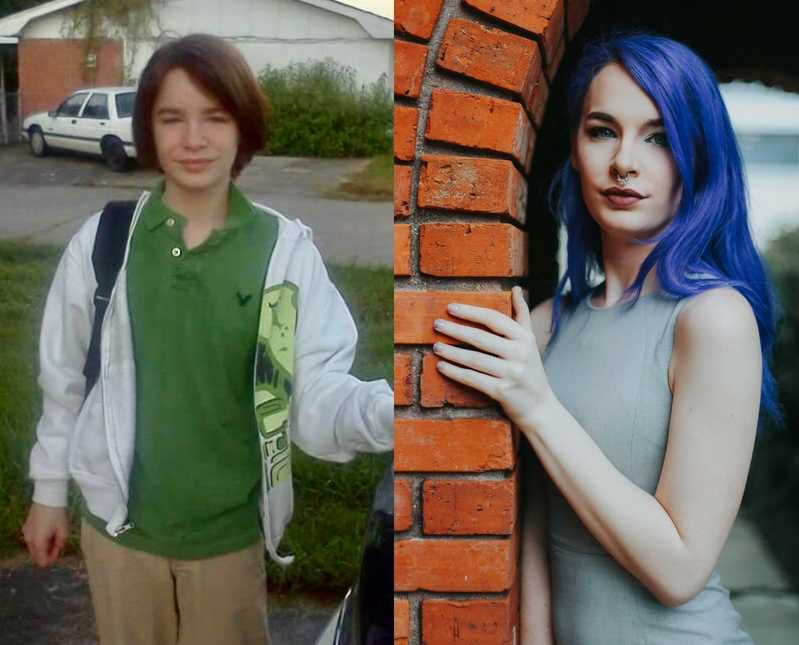 “When I was very young I didn’t notice that there was any difference between me and my two sisters other than how my hair was cut. So at that age, I didn’t feel at all wrong or out of place. But not long after, people around me started to notice and comment on my differences from my sisters. When I realized that we really were different from each other was when I started to wish and pray every night that I could just wake up a girl.

All throughout my childhood I completely rejected masculinity. I’d do everything I could to be more feminine. I grew my hair out as long as possible before my mom made me cut it shorter. I never ever wanted to show my body in anyway. I never took my shirt off to swim, and I wore pants as much as possible so that I could shave my legs without being asked or bullied about it. Around the time I started shaving I was struck with the fact that I could no longer lie to myself and the people around me about who I was. Being 15 and dealing with all my dysphoria and self-hatred on top of normal 15-year-old stresses like school and friends, I fell into a huge depression. During this time I attempted suicide, just because I felt like I would never be happy with myself or my life. After my suicide attempt I knew I had to either tell people I was trans, or live a miserable life forever.

I told two of my longest friends that I was trans first. Those moments were the most frightening yet liberating moments I’ve experienced. Both of them met me with complete love and understanding, and both were honored that they were the first I told. One of them told me she wasn’t surprised because she never thought of me as a boy, and she noted that anytime we would play games together I played a girl. I never realized how much weight I was holding by keeping my identity a secret. Letting go of that weight made me feel like, for the first time since I could remember, that I could breathe easy.

My mom was the first person I told in my family, and at first she seemed to be extremely supportive. Then when I actually started to socially transition, my mom fought me at every corner. She wasn’t allowing me to wear feminine clothes or makeup in public at all. She got incredibly upset at me the times that I did. Her fighting my transition so harshly caused our personal relationship to take a nose dive. I felt like she didn’t care about how negatively she was effecting me, that she only cared about how my transition was making her feel. After an incredibly intense and long fight I told my mom that if she didn’t accept me as I was, she would lose me in her life. Either I would turn 18 and never speak to her again or I would end up committing suicide because it felt like my only option. Not too long after I said that, a young trans woman killed herself because her parents wouldn’t accept her as herself. When she heard about that she became much less hostile, because she realized her treating me as she did was harmful.

I took a year of online schooling so I could transition and work on my mental health. The mixture of my mental disorders and the stress of beginning transitioning became too much for public school. After my sophomore year online I wanted to be able to go back to public school. So me and my father at the end of my sophomore year went and asked the administration about me coming back after my social transition, and we were assured there was absolutely no issue — that we just had to get the paperwork to put me back in the system.

When we went to sign me up however, we were told that if I were to go back to school I wasn’t allowed to be myself. I would have to cut my hair, couldn’t wear makeup, couldn’t wear women’s clothes. If I were to wear these things I would be suspended every time I came into school wearing them.

But after having to fight to get back into school, I was met with wide acceptance and love from most students and faculty. Despite being told I had to use the handicapped bathroom if I ever needed to go to the restroom, which had no locks on the stalls, my wonderful band teachers let me use their single stall teacher bathroom so I didn’t have to cross the school or deal with people coming in. Obviously I still had issues with a select few, but overall I had a wonderful community. When I walked across the stage for graduation, I never felt so proud of myself, because I felt like I had to fight so hard just to get to school, let alone graduate in my truth.

I have had quite a difficult time finding a job after I graduated because there is a lot of discrimination in the work force. I do freelance makeup artistry, which I love but it doesn’t always make ends meet. I want to be able to give my clients the happiness and confidence that makeup gave me.

My advice to anyone who is starting their transition is to be patient, the paperwork and doctor visits all take time. You are going to show results after time; stay calm, it’s coming. When you feel low and down on yourself, try to think of how proud your younger self would be of the person you are today.”

This story was submitted to Love What Matters by Marilyn Robichaux, 19, of Houma, Louisiana. Submit your own story here, and subscribe to our best stories in our free newsletter here.

Help us show the world that compassion is contagious: SHARE this story on Facebook with your friends and family. 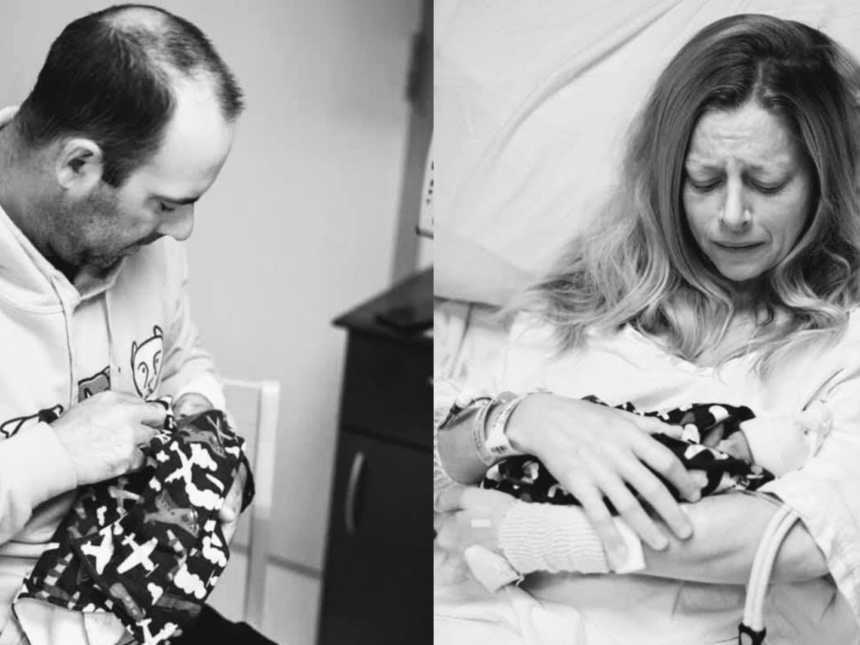 ‘Jennifer, I have bad news. Get your husband on the phone.’ Today, I should be holding my newborn. Instead, I’m scattering his ashes.’: Grieving mom pens PSA on late-term abortion, ‘I didn’t lose a baby, I lost a lifetime of hopes and dreams’

“Rather than bring an innocent child into this world only to suffer and die, we made the heart-wrenching decision no parent should ever have to make. I am not an irresponsible monster. I am a grieving mother who spared her baby unspeakable suffering.”