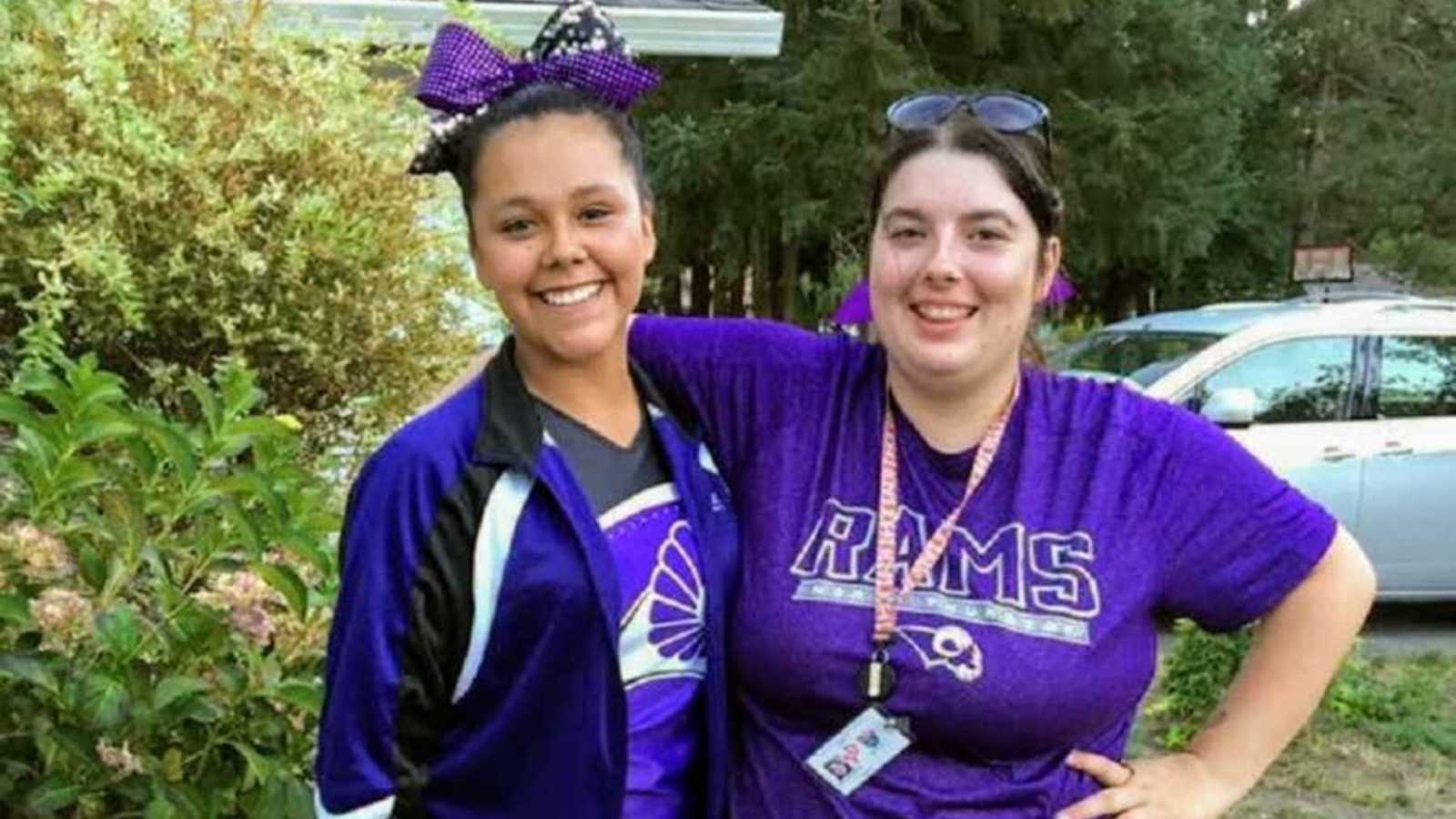 “My mom has always had a passion for helping people, especially children. So, I really wasn’t all that surprised when she and her husband started talking about fostering.

We all sat down and agreed to it; they would foster kids ages seven and up, and if it caused any problems with us, they would end the license because our family came first. I was eighteen when she got her first placement, my other siblings fourteen and eight. We got quite a few kids who had come and gone. Some we were heartbroken to let go, others were a relief.

Jess and Koda were placed with us about a year into fostering, an inseparable sibling set ages twelve and fourteen. I had moved out, but was often over for dinner, babysitting, or just to hang out with the family. They clicked with us immediately. We were worried because they had been labeled ‘youth at risk’, but those behaviors never seemed to surface. They had normal teenage problems at times – I almost killed Jess when she snuck out while I was babysitting once, but we became close. Like actual brother and sisters. I joked with Koda about girls and talked about video games. Jess and I shared everything from secrets to makeup. It hadn’t been long at all, but it already felt like they had been in our care forever.

They thrived in our home. Their grades, while still not the best, were way ahead of what they had been. Koda joined the high school football team. Jess joined the youth cheer squad (her toe touches were, and still are, crazy good), and they just seemed happier overall. They felt safe with us. They didn’t have to worry as much. It didn’t take long for them to call me Sissy, the name all my siblings have always called me, and to call my mom, well, ‘Mom’. She’s the closest to an actual mom they’d ever had. We loved them instantly and they could feel that. I knew if they were to return home it would break my heart, more than any other placement we had.

Jess made it clear she didn’t want to return home. Koda was torn – he wanted to go home, but also wanted to be with his sister, but the abuse endured was always directed at Jess. My mom made it clear that she would fight, to the best of her ability, to get them where they wanted as long as it was safe.

Pretty soon, we were looking into adoption. It was dicey. Their mom was doing just enough to make it seem like she was on track to get them home, but barely. It seemed like a constant struggle. And then we got news. Their mom unexpectedly passed. My heart hurt for them, but inside I was glad she wouldn’t fight us for them anymore. I never met her, but I knew she had hurt someone I love deeply. Although I felt a little guilty, I couldn’t help being glad she would never be able to hurt Jess again.

But Jess was hurting. She was sad over her mother’s passing, but also felt guilty that she was still angry. People preached to her about forgiveness and she was torn. I took her out one day and told her she didn’t need to forgive her. That she was allowed to be mad, and someone dying didn’t change what they did. I’m not sure if it helped in the long run, but she seemed to cheer up in that moment.

On the bright side, things were in motion to get guardianship of Jess and Koda! Though their tribe wouldn’t agree to an actual adoption, they let my parents get guardianship, which would let them make decisions and get the kids out of the system. Things seemed to be looking up but then, once again, our world was turned upside down. My mom and stepdad were getting a divorce.

All of us, including my mom, were completely blindsided. We saw no signs that this was coming at all. The only explanation we got was that he was unhappy and wanted to leave. He left with a promise to remain in our lives, a promise he kept, but it was never the same. Despite this, my mom continued on with the guardianship process, making sure the divorce wouldn’t affect this outcome. If she had any fears of suddenly being a single mom of three teenagers and one preteen, she didn’t show it. And of course, I was always there to help when I could.

Then the day finally came to make it official. We all cried, and laughed, and hugged. They were officially ours, and we couldn’t be happier. My mom gave them certificates that said the guardianship was an ‘adoption of the heart’ and that’s what it felt like. It felt like we were finally whole again, after all the trials and heartache we had to endure to get there. This felt like our happy ending. But things are never that easy.

We didn’t think much of the warning signs. The kids had been through a lot in a short amount of time. Jess’ grades started to slip. Then she started missing cheer practices and skipping classes. Things began to get more tense. Then, after a big blow up about her sneaking a boy into the house without my mom’s knowledge, she did something we never thought we’d have to worry about. She ran away from home.

This led to some of the most heart-wrenching months in my life. When she was brought home she would destroy things, tell our younger siblings about her shoplifting, drinking, or using drugs. My mom would actually be scared for her safety when she was home. But when she wasn’t, we didn’t know what she was doing, or if she was okay. She ended up staying with her friend during this time, and luckily it was a friend we knew and trusted. But I was still scared. I had always wanted a younger sister close in age, and though she was about five years younger, it felt like I had that. Like a best friend that was always there. And at that point, I felt like I didn’t know her at all.

It was a long few months. We started family therapy and eventually convinced her to sit in on the sessions. The therapist was great. Very no-nonsense and wouldn’t let any excuses she had fly. Eventually we were able to get her to come home for short periods of time. I’m not sure what made her change her mind exactly, but about four months after she ran away she returned home. I was still scared and worried anything would make her run again. I never thought our relationship could ever be the same. It took a lot of time and a lot of healing, but we are closer than ever now.

I look back on these times and think about how great my mom was. She never stopped wanting Jess to come home, never stopped loving her. A lot of people in her position would have given up on a teenager that made it so clear they didn’t want to be there, especially a teenager that wasn’t technically ‘her own’. But from the moment she and Koda walked into my mom’s house, they were her kids. We were, and are, a family.

In case anyone wants to know, we are all doing great. Koda is seventeen now and excitedly looking for his first job. Jess just got all A’s and B’s on her report card and is on track to graduate early. She and my mom were so happy they cried! Things aren’t perfect, but we would go through it all again, because that’s what families do.”

This story was submitted to Love What Matters by Aly Low. Submit your own story here and be sure to subscribe to our free email newsletter for our best stories.

‘A 20-year-old suddenly appeared on our doorstep. He needed a family just as much as we needed him. His foster mom texted me, ‘I’m no longer able to provide care for him.’

‘The phone rings. You recognize the number. Each time it calls you feel a mixture of excitement and fear. Being a foster parent is strange.’