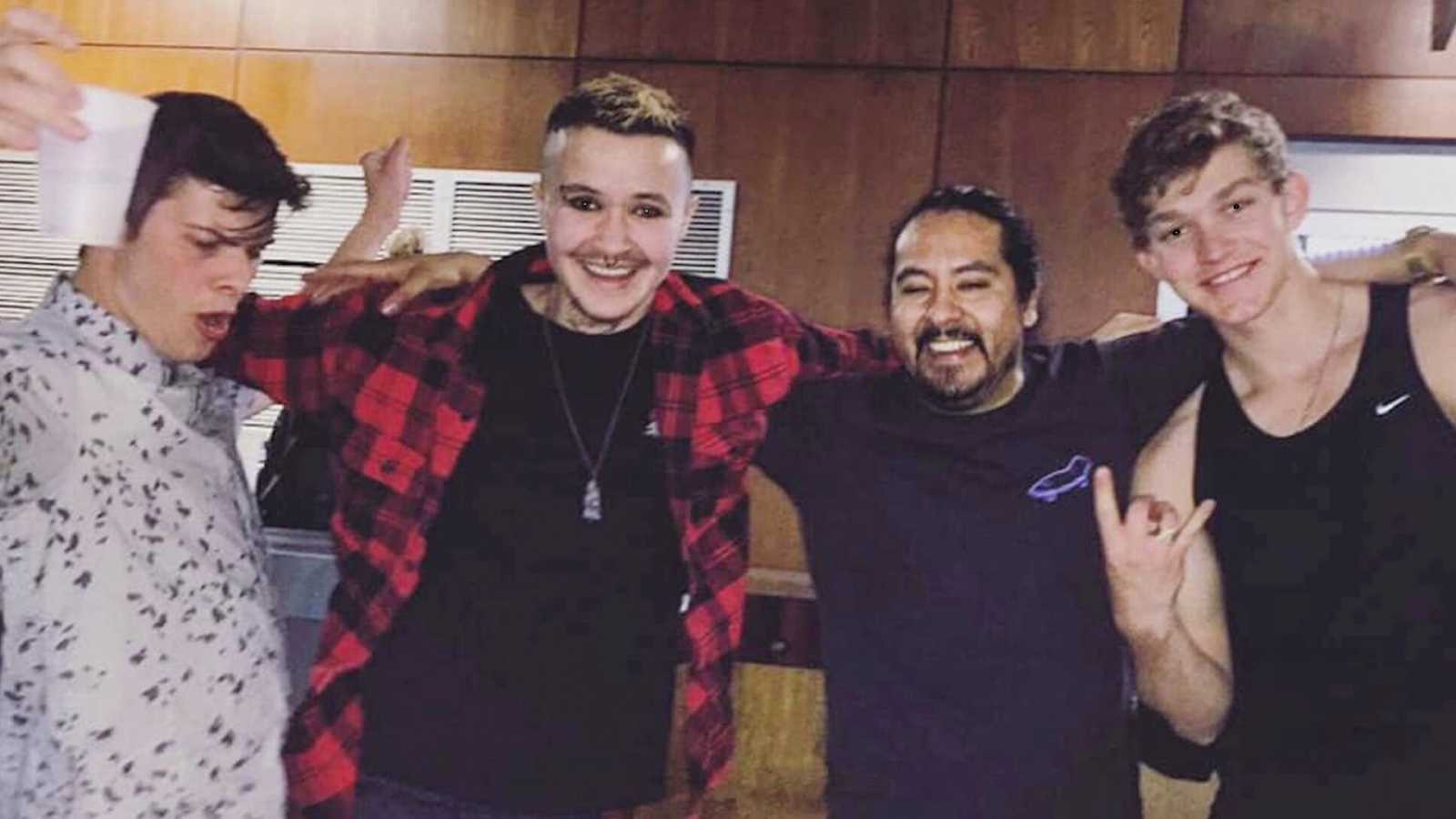 As addicts, we tend to use drugs and alcohol as a way to escape the turmoil, and as a result, end up digging ourselves into a far deeper hole than we could have ever imagined for ourselves. If we are lucky, we find recovery and a whole new way of life. The unfortunate reality is that every year, thousands of people lose their battle with addiction.

I knew in my heart I was an addict from the young age of only 15. I managed to convince myself my behavior was ‘normal’ and I was just an extra rebellious teenager, always pushing the envelope just a little bit too far with everything I did. It was no different when it came to drinking and drugs. As the years went on, I began to ask myself what the appeal of getting high was. I could never quite put my finger on it, and for a long time, I decided I just simply enjoyed getting faded, not because of the trauma I experienced. I told myself I wasn’t bothered by the emotional and sexual abuse I went through. I was the master of ‘I’m fine.’ Reluctance to being vulnerable and honest almost cost me my life.

By the age of 19, to my complete horror, I came to the troubling realization I was not the young woman I was raised to be, but rather a transgender man. I was growing increasingly desperate to numb the shame and comfortability I felt in my own body. It took an overdose and Narcan, a lifesaving opioid antagonist used for the reversal of opioid effects, to come to this conclusion.

As terrifying as it was to unearth such a deep truth about myself, suddenly everything began to click. I began to recognize why I couldn’t stay sober for even an hour. I used drugs and alcohol from the time I woke up until I eventually passed out every night. When I used, I suddenly became comfortable in my own skin. I felt whole for a little while, even if the sensation of peace was fleeting, and ended with a sick and persistent need to get my next fix.

Before I was even 20 years old, my body was breaking down on me to a degree I had never experienced before. I was extremely underweight and could rarely keep food down because of the constant drug use. I began to pick at my skin and developed sores on my face and arms. As my psychological and physical condition continued to deteriorate, the disturbing reality of how addiction was affecting every aspect of my life could no longer be ignored.

Just a few short months after coming out as transgender, I began to express my desire for substance abuse treatment but would ultimately chicken out when the time for admission to a facility came closer. I knew seeking treatment would present extra challenges for me, being a member of the transgender community. This knowledge seemed to thwart my feeble attempts at reaching the help I so badly needed.

On August 26th, 2018, I reached yet another low, and this one was a turning point. While high on three or four mind-altering substances, I entered a state of psychosis. I don’t remember much about that night, to be perfectly honest. I have little bits and pieces of memory I have tried to put together, so maybe I could understand why I beat up my father, destroyed my family’s home, threw heavy flower pots through the glass front door, and then attacked a police officer, begging him to shoot me. Sadly, the beast that is addiction took over, I will never understand why I did those things in my altered state of mind.

In the end, this 11-day hospitalization/detox was such a powerful turning point in my life. I knew drugs could and would eventually kill me, as I had experienced overdoses before. But I had never lost my mind in the way I did that night. Seeing the monster I was fully capable of becoming, with the assistance of substances, was enough to make me finally commit to treatment.

As a transgender man, I am all too aware of the stress, trauma, and abuse many addicts try and run from by means of abusing substances. The link between the LGBTQ community and substance abuse is undeniable, especially among the transgender population. Addiction affects up to 30 percent of the queer community, compared to 8.4 percent of the general population, according to the Substance Abuse and Mental Health Services Administration. The level of discrimination towards the transgender community is prevalent in every aspect of daily life, and it is no different when entering the realm of the treatment world.

Addiction treatment facilities are often unable to meet the unique needs of LGBTQ people. In addition to limited specialized programs, a high population of the addicted LGBTQ community can be reluctant to seek treatment out of concern of hostility, intolerance, and open discrimination. These are the most substantial barriers to substance use prevention and treatment in the queer community.

I went through a string of different treatment centers. It was disheartening to experience such discrimination and hate when I was vulnerable, broken, desperate, and humbling myself to a degree I had never known I was capable of. At a couple of the treatment facilities, even staff members openly made fun of my gender identity in front of other clients, humiliating and alienating me in the process. Growing increasingly frustrated and irritable, I began to act out, which led to me getting the boot from several rehabs and sober living homes for behavioral violations.

Despite these setbacks, I was so determined to get the help I knew I deserved so I could live a better life. Eventually, my search paid off, and I was lucky to find a rehab that not only accepted my gender identity but celebrated it. I never once felt like I was being treated differently from any other man there, and I never feared for my safety.

I am one of the very few transgender addicts lucky enough to have ended up in such a supportive, uplifting environment. In reality, most of us will never get the opportunity to have the treatment experience I was blessed enough to be given.

It is imperative we remove the stigma tied to the addicted transgender community. Everyone deserves a safe and supportive space to learn how to live without substances and to grow mentally, emotionally, and spiritually. Being trans is difficult in its own right and the last thing the addicted population of our community needs is discrimination and hate when we just want a fair shot at living a life free from the chains of addiction, something every addict deserves.

My life felt hopeless for a long time, but because of the support of my most recent treatment center, my gracious and forgiving family, along with the fellowship of Alcoholics Anonymous, I am no longer suffering from active addiction. When I wake up in the morning, I don’t feel sick from withdrawal, and the first thought that crosses my mind is no longer, ‘How will I get my next fix?’ Instead, I get to wake up and live a life more beautiful than I ever thought possible.

I am a firm believer in the power of redemption, and if you ask me, I’d tell you anyone can change their life around when given the right support and love, paired with an attitude of willingness. I am living proof of this.

Whatever trials you may be facing, keep pushing through. Advocate for yourself as best as you possibly can, and know there are people who will listen and who want to help. If you can’t advocate for yourself, know I am one of many individuals who is fighting on your behalf.

I see you, I hear you, and I will always continue to fight for you.”

This story was submitted to Love What Matters by Jonah Brooks. Do you have a similar experience? We’d like to hear your important journey. Submit your own story here. Be sure to subscribe to our free email newsletter for our best stories, and YouTube for our best videos.

‘I lost my virginity without my consent. I went from pregnant at 15 to waking up in county jail with a suicide suit on.’: Woman details battle with addiction, self-love, ‘I decided to choose life instead’

‘You’ll never get out of this hole. Just go back to your old friend, heroin.’ I spent the night in jail, tying bedsheets around my neck.’: Man who battled addiction 9 years now owner of state’s largest recovery center