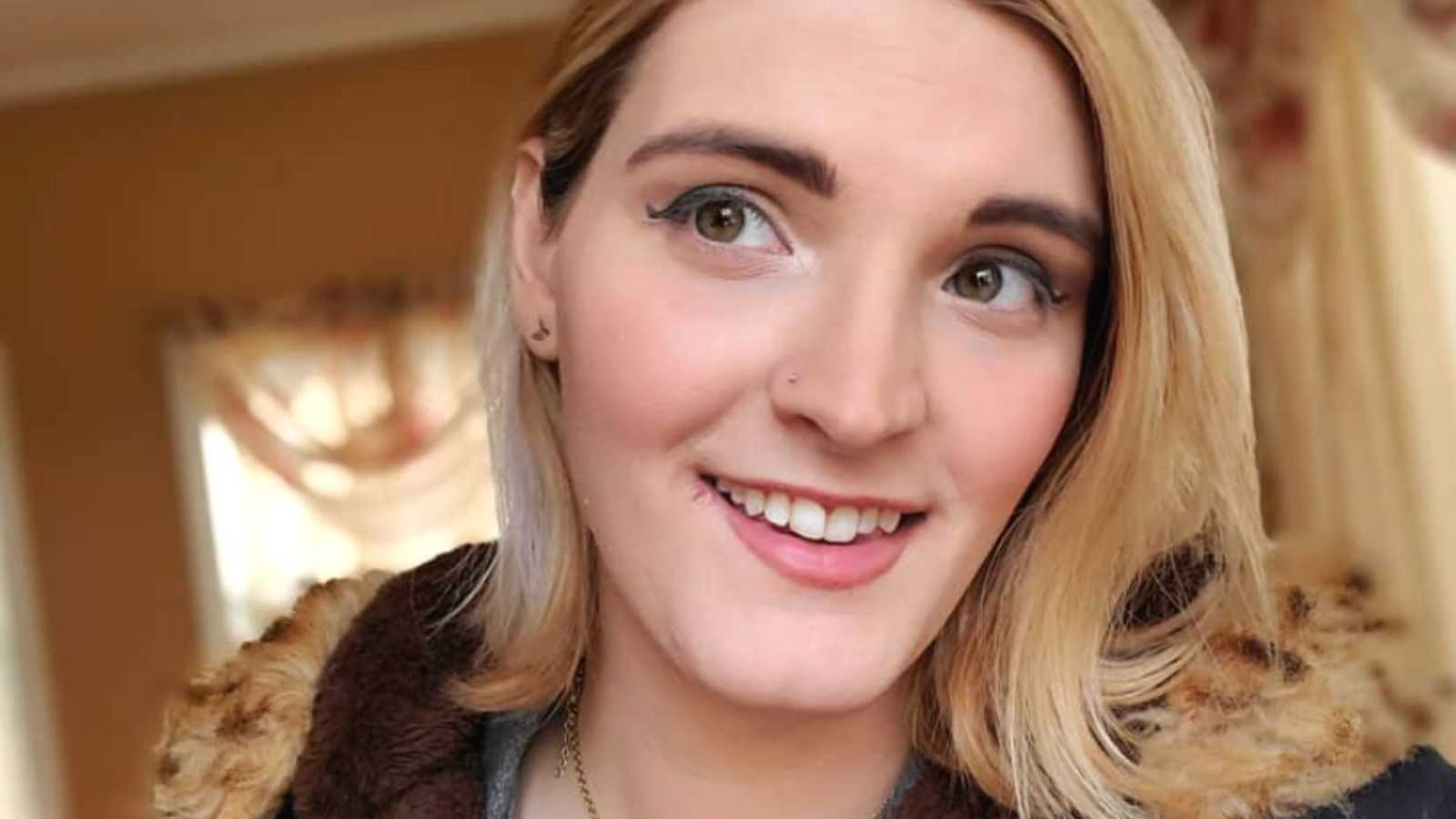 “The earliest memory there was something different about my birth-assigned gender happened around age 5 with my cousin. She and I are born only a few days apart and spent our adolescence attached at the hip. I can’t recall the specific details, but I remember one day looking at her and being slightly jealous, secretly wishing I was born a girl. At the time I thought it was impossible, and I was raised to be such a ‘boy.’ I just thought it was a farfetched dream. Regardless, I always felt more comfortable with her (and girls in general) than any other boys. It just always felt ‘right.’ That trend continued for most of my life.

The years that followed were mostly uneventful, until age 8 when my parents split and my dad told me ‘you need to be the man of the house now.’ Being at such a young and impressionable age I took those words to heart. I started being more into sports (and eventually ‘hitting the gym’), made more guy friends, and thought I was too cool for girls (except for dating). The thoughts I had from the earlier age mostly went away for a bit.

A few years later, my younger brother and I thought it would be funny to be girls for Halloween. We borrowed clothes and wigs and, I think, had our nails painted. When I saw myself in the mirror I wanted to cry, it felt so ‘right.’ When we were walking around collecting candy, a few people asked us about our costumes (thinking we were ACTUALLY girls). I never wanted that night and that euphoria to end, but ‘being a man,’ I kept my feelings and one of my fondest memories a secret for the next 10+ years.

By the time I reached high school, I had been working out, playing sports, and ‘acting cool’ for a long time, but in secret, I would borrow my mom’s clothes, makeup, and nail polish when she was away. I took ‘manly’ electives like accounting and business (I thought they were strictly male-oriented careers at the time). But to my surprise, my sophomore year schedule was messed up and I ended up in drama instead of accounting. I walked in the theater and sat in the back. I thought I was too cool for drama class and planned on dropping it after seeing how it was. To my surprise, I quickly fell in love. After a while, I felt more comfortable with my theater friends than the ones I met through sports. By the time junior year rolled around, I decided to not return to sports in favor of theater.

Drama class opened the door to a lot of things, including my first experiences with members of the LGBTQ community from a peer to peer level. That year I even went to senior prom with my gay friend! Considering myself a Cisgender Heterosexual guy at the time, I had so much respect for members of the community fighting for their identities and rights. That mistake in scheduling is why I believe ‘everything happens for a reason.’ I would not have had the same first-hand experiences with the LGBTQ community, nor do I think I would’ve figured myself out if it wasn’t for that.

When I was 20, the feelings from my childhood crept back in and (having access to internet) I started looking up why I was feeling that way. To my surprise, I found others who felt the same way and it was when I learned what the term ‘transgender’ actually meant. I learned about a term called HRT and how it could help individuals who struggled with their assigned gender at birth. Being young and not having many things to worry about at the time, I dug a little deeper and came closer to accepting myself. That was, until the night I found out I would be having a child. That moment I realized my life was no longer my own. The night I found out, I drove around for hours to revisit every house, playground, and important landmark from my life at that point. I thought about every moment in my life and thought I could push down those thoughts and make things work.

In the year that followed, between watching my little guy grow and working my way up my company, I was pretty distracted. It wasn’t until a subsequent breakup that those feelings started creeping back up again, worse than ever. Even so, I refused to accept it and kept telling myself to ignore those feelings. From 2014-2017, I became more and more depressed until May 2017. On a vacation with friends, I found myself standing on a balcony wanting to jump. After stepping down and a talk with my best friend, I realized my fear in accepting myself almost caused so much pain to everyone around me. That was the moment I realized I needed to accept myself no matter the cost of loved ones who might not accept me.

In August 2017, I began my transition and came out publicly a few months later. When I first came out to my mom, she was accepting despite not entirely understanding. She made a remark a few days after coming out to her. In tears, she told me she was worried about me because I would ‘never look like a girl and I would never have a feminine voice.’  While she told me this out of concern, she didn’t realize how much of an impact it would have in the beginning of my journey. Even still, almost all my loved ones accepted me and supported me during the most crucial time in finding myself. Their continued love and support is why I can say that, without a doubt, I am happier and feel more at home in my body than I ever thought possible.

HRT (Hormone Replacement Therapy) was incredibly important for me. While it is not necessary to transition and plenty of individuals transition without it, I don’t think I would’ve had the confidence to transition without it. HRT changes a plethora of attributes such as fat redistribution, skin softening, breast growth, body hair thinning, and emotions. I remember the first 6 months I would look in the mirror every day to see what changed. This whole journey of hormones and transitioning has been incredibly surreal, and I often love taking a look back to see how far my journey’s taken me. Between the physical and emotional changes I feel so much more at peace with the person I’ve become.

‘Passing’ is a term in the Trans Community, meaning being seen to the public as the gender in which you want to be seen. ‘Passing’ was something I never imagined for myself and only hoped transitioning via hormones would help me feel comfortable in my own skin. With a bit of work, my voice and physical changes from hormones, I was incredibly fortunate enough to ‘pass’ within the first year and have not been ‘misgendered’ in over 6 months.

My only regret is one so many Transgender individuals share: wasting so much of my life not being ‘me.’ I wish I was given the tools to figure this out and able to accept myself at a much earlier age. Despite that, I am grateful for the person I am, and don’t think I would be the same if it weren’t for the experiences that led to where I am today. It’s the reason I am so passionate about ‘being loud.’ I want to give the future LGBTQ generations as much support and knowledge as possible.

This leads me to where I am and what I hope to accomplish in the future. Social media was an important platform for learning and figuring myself out. There were so many individuals who either inspired me or took time out of their busy lives to answer any questions I had. Because of how valuable these platforms were for myself, I often spend anywhere from 1-6 hours a day utilizing these to share my personal journey and respond to hundreds of messages from individuals struggling with their Gender Identity and Sexual Orientation. Reddit and Instagram have been my main vehicles in educating, helping, and inspiring individuals, but I am currently working on setting up a YouTube page to reach even more struggling individuals. I also plan on more LGBTQ Community Involvement outside of social media as well.

Every experience I’ve had has led me to how passionately I feel towards being an advocate for helping others. I may be just one small voice, but ‘Every Voice Matters.'”

This story was submitted to Love What Matters by Megan Bound. You can follow her on Instagram here. Submit your own story  here, and be sure to subscribe to our free email newsletter for our best stories, and YouTube for our best videos.

‘My mom is a THEY, not a boy or a girl.’: Nonbinary parent celebrates Trans Day of Visibility

6 Simple Ways To Be A Trans Ally

‘If you were MY kid and got that grade, I’d send you back to where you came from.’ My mother never waivered.’: Transracial adoptee finds identity, ‘I feel nothing but admiration and empathy for my birth mother’

‘My partner announced, ‘I’m trans.’ It felt like the rug had been pulled out from under me.’: LGBT couple share beautifully complex love story 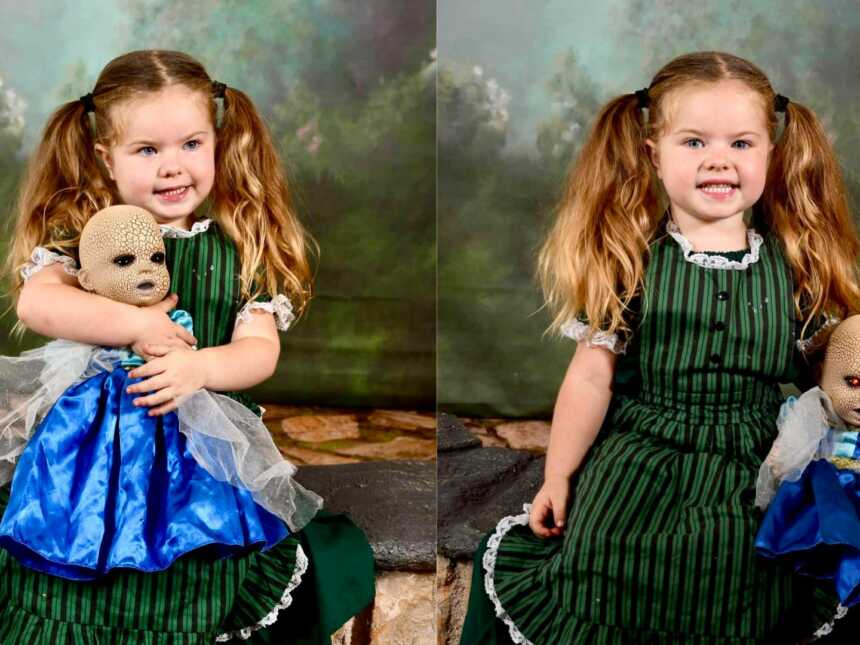 “It was quite an unexpected change from the usual never-ending line of glittery Bippity Boppity Boutique princesses!”