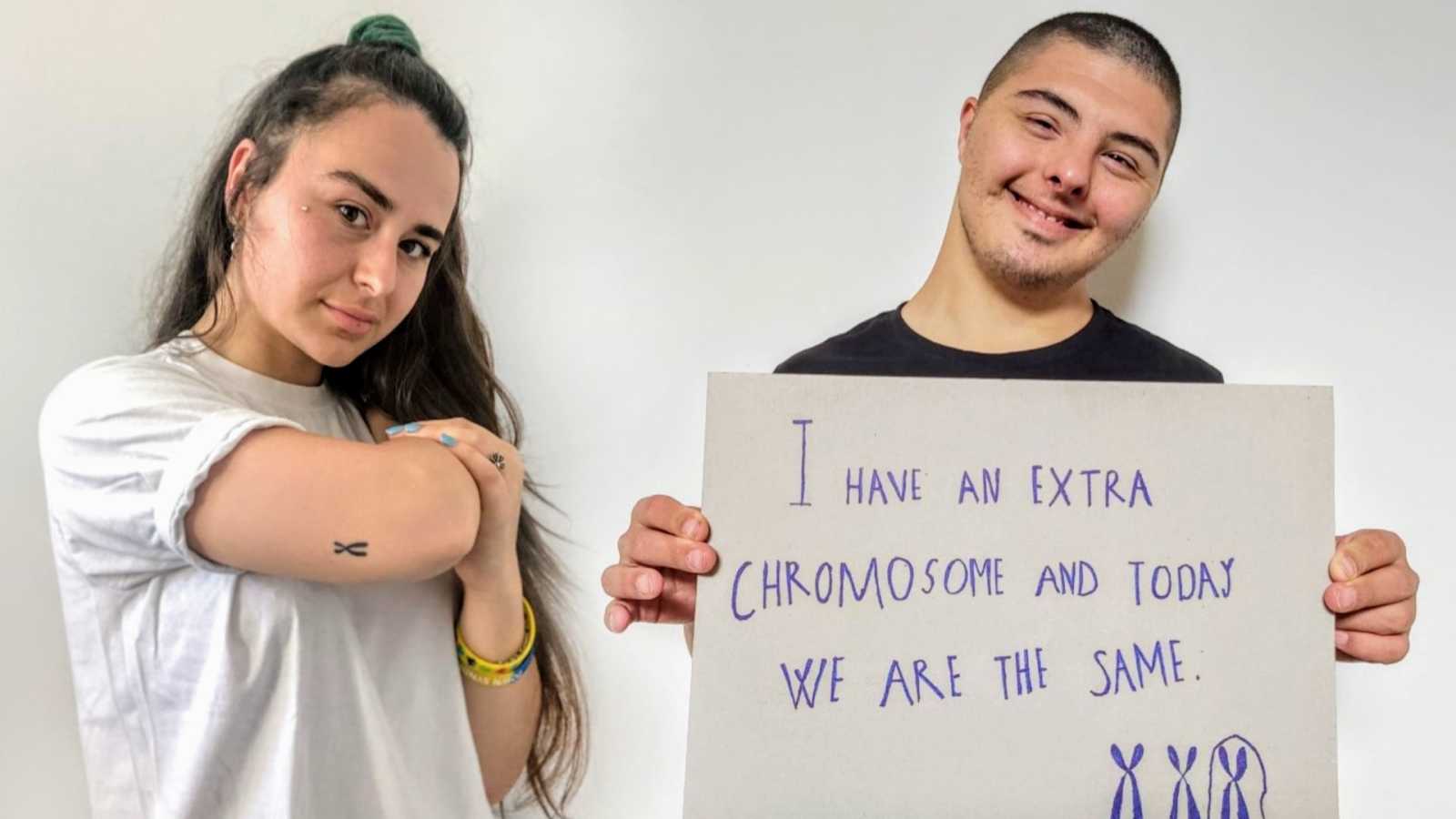 “I never saw my uncle treating Meriton differently from other kids, and that’s why I didn’t understand the concept of being different until the day they told me.

My parents explained to me that Meriton needs extra help to learn things, and sometimes, even though it was incomprehensible for me, they said people would be mean and judge his existence just because they could.

Today, while I’m writing about him, I’m not going to use a lot of negative words about society because his existence has nothing to do with negativity. He is the most positive person I know, BUT don’t get me wrong, he does experience all emotions.

One time I was on the bus with Meriton and a woman was pointing at him and touching me in the back, asking me if he is sick. Meriton was looking at her, surprised at why she was asking me that. She was loud and kept repeating herself. I told her he had the flu days ago and still feels a little bit dizzy. Meriton started laughing because he knew exactly why I was being sarcastic. He gave me a high-five to say thank you.

Meriton used to take special ed classes, but his friends mostly were without special needs; My close friends were his friends. We went everywhere together, and when I say everywhere, I really mean it.

Meriton and I are nearly the same age, and Meriton always tells people we are twins because we were always together. We know and understand each other like we are one person.

I’ve tried with all my mind and heart to make him feel an equal part of society and like he is not less than.

For example, I’ve never accepted free entry for him into the club. Even though the club owners meant no harm, it’s ‘good’ discrimination. I explained to Meriton and the people there why he needs to pay if we want to be equal, we shouldn’t take advantage of his condition.

I didn’t like it when people called him ‘baby’ while he was 20 years old. If a girl doesn’t call a boy without special needs who she just met ‘baby,’ she shouldn’t be calling Meriton that. He will think something different, and are you willing to offer him that?

In our little town, everybody knows him, not because of his diagnosis, but because he is an independent boy who went to school and works in a clothing company.

What I don’t like is when a person with special needs is employed, he’s treated as a case of charity, which is very wrong. Employment is everyone’s right. People with special needs don’t need mercy and compassion, but equal rights and opportunities.

What I love about him…EVERYTHING! He never thinks bad about anyone and he doesn’t like to see people sad and crying. He sees and understands things literally, he appreciates everything, he never judges people by their appearance, and I love me when I’m with him.

I want people to understand being different is okay. We can all be different and still be equal.

Being around people with Down syndrome and advocating for their rights made me realize how beautiful and cruel the world is. It’s beautiful if you see the world through their eyes and cruel if you see how others see and treat them.

The whole time I was trying to show Meriton we are equal, something was missing. It was me. I was missing a chromosome, so I got a tattoo of a chromosome that will make us equally different forever.

If today people see me as a good person, they should know it all started from him and because of him!

He’s the reason I decided to dedicate my life to those with an extra chromosome and my only concern in life is how the others will treat him.”

This story was submitted to Love What Matters by Fjolla Rraci. You can follow her journey on Instagram. Submit your own story here. Be sure to subscribe to our free email newsletter for our best stories, and YouTube for our best videos.

‘Maryanne, will you marry me?’ I stood there, in awe of their love. Hate is just not in their DNA.’: Married couple now ‘longest living’ pair with Down Syndrome, ‘it’s nothing short of a fairy tale’