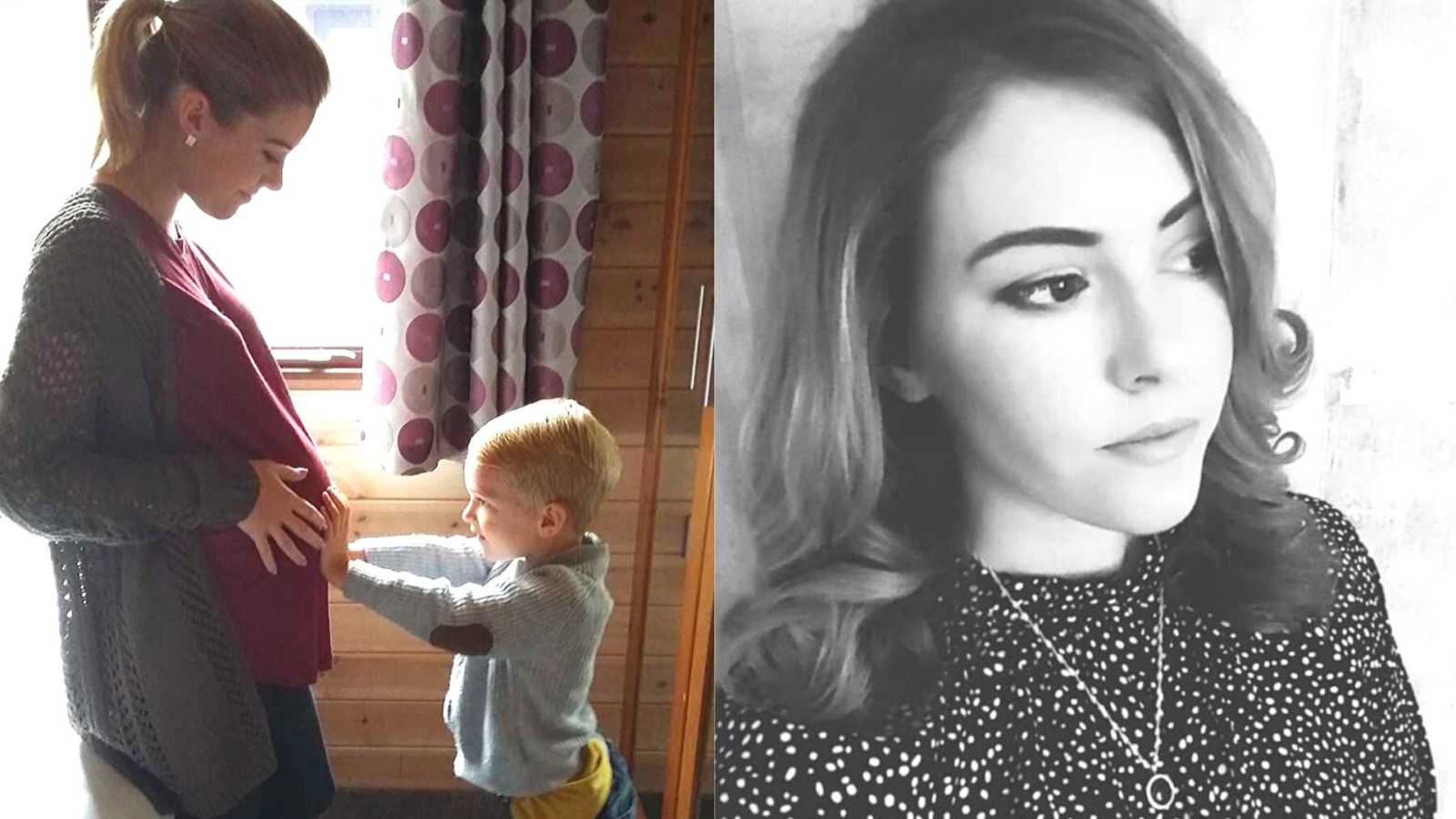 But there was a time when Evalyn was not invisible.

In April of 2016, I ran down the stairs calling out for my husband, a pregnancy test in my shaking hand. It took only one look between us to know this was not another month of disappointment. We had been trying for a second child for the best part of a year, but an imbalance of hormones and a large ovarian cyst delayed our plans each and every time. But for whatever reason, this month was different. As myself and my husband held each other through happy tears, we couldn’t help but feel excited for what the year ahead would bring.

That year brought a lot of memories. We watched our baby wriggling around at her ultrasounds. We took joy in announcing to friends and family our little one was on the way. We told our son he would be expecting a sibling come November and being only four years old, he couldn’t think of anything more exciting than becoming a big brother. We went clothes shopping. We decorated her nursery. We turned our home into a house for a family of four. We had spent nine months waiting. We thought we were prepared for everything.

But we were never prepared for her not to come home.

I still remember the time on the clock. 4:02 a.m. That was the time when I woke up on the 8th of November and knew something was wrong. Evalyn would so often wake me with gentle kicks to my stomach. Each morning, I would rest my tummy against my husband’s back and she would nudge him awake too. But at 4:02 a.m., something felt wrong. My tummy was too quiet. Too still.

It’s amazing how long a ten-minute drive to the hospital can feel when you’re desperate to get there. How tall one staircase can feel when you’re frantically trying to reach the ward at the top. Maybe I should have known when the hospital staff rushed me into a side room? When the doctor who placed the doppler onto my stomach couldn’t look me in the eye when I asked her, ‘Is everything okay?’

‘I’m so sorry,’ the words pierced the silent room, ‘But your baby has no heartbeat. Your baby has died.’

And just like that, the world ended. Two weeks before her due date, my baby’s heart stopped beating (and her post mortem would go on to show little explanation for our heartache). And in the moment Evalyn died, I was certain a part of me had died, too.

I have met people since losing Evalyn who recognize you have ‘lost’ a baby, yet fail to realize apart from the fact you can’t take your baby home with you, you still endure the same process as any other mother.

You are still in a labor ward. You have a maternity bag lying next to your bed (which will now never get used). Your partner is still by your side, holding your hand as you scream at the ceiling tiles. Your midwife still tells you how well you are doing, even though you feel you’re not. You couldn’t keep your baby alive, for starters. That’s not really doing very well, is it? At least, that’s what I told myself. The grandparents still pace the corridors outside, although now their whole world has come crashing down too. The only difference is, is all of the other mothers in the ward that day wanted their labor to be over. I wanted to mine to go on forever. Because having Evalyn leave my body would mean goodbye.

And with our goodbye, she became invisible.

I became a mother on maternity leave without my baby. We became parents with empty arms. My son became a sibling without his sister. Her room stayed empty. And our hearts remained broken. In those early days and weeks, I struggled to talk about Evalyn. Looking back, I now realize perhaps it wasn’t myself who was struggling to connect to the world. Perhaps it was the world who was struggling to connect with me? For how do you comfort a grieving parent? How do you find the right words?

I began to realize, the more I ventured out with my son, just how invisible Evalyn was. I was a mother of two and yet, the public only saw a mother of one. If a stranger asked me how many children I had, I would freeze, unsure as to whether my truthful answer would make others uncomfortable. The first time, I answered ‘yes.’ I was so scared of falling apart and crying in front of somebody I didn’t know I answered in a way that would seem the easiest. But it wasn’t.

I walked home feeling incredibly guilty I couldn’t utter Evalyn’s name. The taboo and stigma surrounding baby loss which had been weighing me down had made me afraid to tell my story. But the guilt of not trying at all? That guilt led me to a conversation which would open my mindset in new and beautiful ways.

Two months after we lost Evalyn, I sat next to an older woman on a park bench. She was smiling as she watched my son playing with her grandson and she turned to me and asked me the question that strikes fear into any bereaved parents’ heart.

‘No, he’s my second,’ I replied, surprising myself.

And she smiled and she thanked me for telling her my story.

It was the first time a stranger had looked at me and seen me as a mother of two. And just like that, Evalyn wasn’t invisible anymore. I felt like someone had taken the blindfold off that had been over my eyes.

I didn’t have to hide my child from the world. I didn’t have to hide my heartache or my loss. I am a proud mother and I wanted the world to know it. Not long after that conversation, I started my blog, After Evalyn, in order to not only share my story with others but to also raise awareness about baby loss and grieving a child. Through blog posts, poetry, and quotes, I wanted to show the world just because your baby is not in your arms, it doesn’t mean you can’t find a unique way to parent them.

Three years I have been without Evalyn now. I used to think my daughter was invisible. But she’s not. Because she is here in so many ways. She is in every thought. She is mentioned on a daily basis. As well as her older brother, she now has a little sister, who at two years old, is beginning to learn and understand all about her sister who lives in the sky.

She is my inspiration. She has been the driving force for raising money and awareness for various charities. She is the strength when I feel weak. She has taught me to be a better person, a better wife, and a better mother to all three of my children.

So, you see? My daughter isn’t invisible. She never was. And perhaps, because of these words, you now see her too.”

This story was submitted to Love What Matters by Lyndsey from South East London, UK. You can follow their journey on Instagram and her blog, After Evalyn.  Do you have a similar experience? We’d like to hear your important journey. Submit your own story here. Be sure to subscribe to our free email newsletter for our best stories, and YouTube for our best videos.

‘How can you allow a dead baby to stay inside you?’ ‘Because it’s my baby.’ I’m keeping her safe.’: Mom suffers multiple miscarriages, loss of twin, says ‘to me, every child matters’

‘Are you ready to hold your baby?’ She takes a deep breath, sits up as straight as she can. We’re very careful.’: Child loss photographer reminds grieving parents ‘this little life mattered’