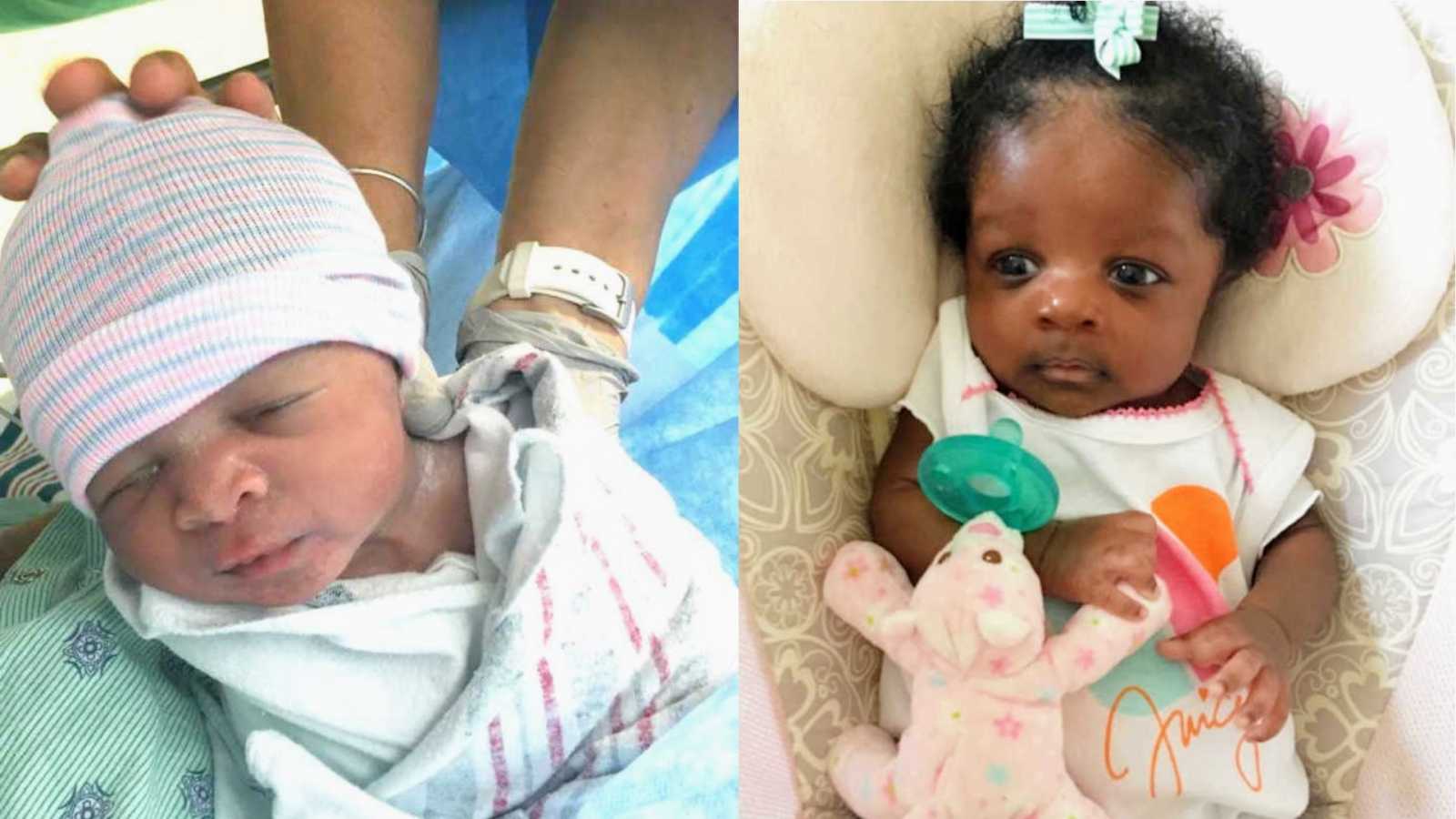 “Sepsis! That’s what they had finally diagnosed me with as I laid in the hospital bed on my birthday, a week after giving birth to my first child.  My kidneys were failing, my heart rate was high, and I had a low platelet count. I couldn’t comprehend what had gone wrong. I checked myself back in the hospital because my cesarean wound was leaking and I had severe pain in my legs. They took bloodwork. The nurse came in and told me I was being admitted back into the hospital. She said ‘you are one sick momma. So happy you followed your mind and came back to the hospital.’ I asked what was wrong. She said ‘your kidneys are failing, your heart rate is sky high…you have sepsis.’ Was it the missed diagnosis of preeclampsia turned postpartum preeclampsia that had landed me in the emergency room the day before, or was it due to a possible botched cesarean? So many things went through my mind as my doctor told me my 1 week old baby girl would have to leave the hospital without me as they had allowed her to stay when I returned to the hospital.

Just four days prior, I had left that very hospital feeling nothing but joy as I held on to my happy and healthy newborn baby girl. She was perfect in every way. I was so happy that after being monitored twice a week for the last 7 months my baby had arrived healthy. I recalled them taking her away immediately after my cesarean. I was really concerned. I just needed to know she was ok. Eden was having minor breathing issues. They placed her on oxygen for 2 hours and then returned her to me. She was so dainty and beautiful. She was more than I could ever imagine and my heart could not have been fuller.  All I ever wanted was to be a mother and right before I gave up hope… it happened. You see, I attempted to get pregnant for over 20 years. I would not allow her out of my sight.

Now I was being told I may not make it home. That after only 1 week of being a mom my gig might be up. Whose cruel joke was this? They wouldn’t even allow her back to the operating waiting room for me to say goodbye, that was it. They said she wasn’t allowed and I was too sick to go out to her. I cried. There was nothing else to do.

The last person I spoke to before returning to the operating room was Eden’s biological father. He would be taking full custody of Eden. We were not together by then, but we were friends. He supported Eden and me in every way through my pregnancy, and he was at the hospital every day. He told me I would be okay. But also promised to take care of our daughter if anything happened to me.

After writing out a will I was wheeled off to the operating room. All I remember is waking up in a glass box with the curtains wide opened to my dedicated nurse.

It was so eerie.

I could hardly find my voice and was unable to move my body. I spent 22 days in ICU ..they were the darkest days of my life. It took days to sit up alone and weeks to walk alone and even then my heart rate would not settle down. I just wanted to make it home to my daughter. I cried a lot, I missed my daughter. Luckily the nurses were very motherly to me, very supportive and helpful. I had not held nor seen her in person in 3 weeks. She wasn’t going to remember me. I was on the verge of a complete meltdown. What kept me going was knowing Eden was counting on me. It is still what keeps me going.

I made it home. I was there for 22 days. It felt like freedom leaving. I went straight to my daughter when I arrived home. From that day forward I refused to be without her. I developed attachment issues and I still have them. I haven’t been able to deal with that. Because life was not done with me yet.

Three months later Eden’s biological father left our lives. He had his own personal wars going on, nothing to do with us ..but it affected us all the same. I felt betrayed…he had promised to be there. He said he would never leave one of his children and that Eden would know him. He told me he would still be there for us once he got settled…I guess he forgot. I’m not the type to chase anyone. I knew I would do whatever I had to for my daughter, and so we carried on.

One month later, shortly after Eden turned 5 months she was diagnosed with Achondroplasia Dwarfism. How had all those doctor’s missed it? I was so overwhelmed and afraid for my daughter …what did this mean for her future? I felt as if I had failed her somehow. Maybe because the doctors made it all sound so limiting and scary. I didn’t know anything about it, my only experience with meeting someone with dwarfism happened when I was a child. All I could remember is my sister being terrified. I didn’t want that for my daughter, I couldn’t imagine someone being afraid of such a beautiful and amazing soul.When I told her biological father about the diagnosis, his response was, ‘At least we know, right?’ That’s all the support I ever received.

I learned all I could about my daughter’s diagnosis.The searching terrified me…I didn’t know what to expect. She has Kyphosis and ENT issues at this time. I felt hopeless at first but it didn’t last. With a lot of support from my mom and Eden’s Godfather, and Godmother, we are pulling through just fine.

Eden is a healthy, happy and sassy toddler. Learning of her Achondroplasia diagnosis enabled us to give her the proper medical care and empowered us to do what’s right for her. We are still learning daily, we still have concerns but most of all we have joy. She is the brightest light I have ever seen and what a perfect blessing she is. She loves to dance and sing and learn. She loves to hug and kiss on you and cuddle. She’s so wise and smart. I think she’s been on this earth before.

We are better because of her. I wouldn’t be the momma bear or the advocate that I am without her …she snatched me from beneath the rock I had been living under. Eden Olivia is everything I could ever have hoped for and more.

Her diagnosis of Achondroplasia didn’t change her one bit …it changed us and the people around us. It gave us a whole new family and allowed us to remove what wasn’t meant to be.

Our blessings didn’t stop there. Thank GOD I had learned a long time ago how to let go of what wasn’t meant to be …to allow what was.”

This story was submitted to Love What Matters by Missy Mills. Do you have a similar experience? We’d like to hear your important journey. Submit your own story here, and subscribe to our best stories in our free newsletter here. Read more stories about beautiful children with dwarfism here and here.