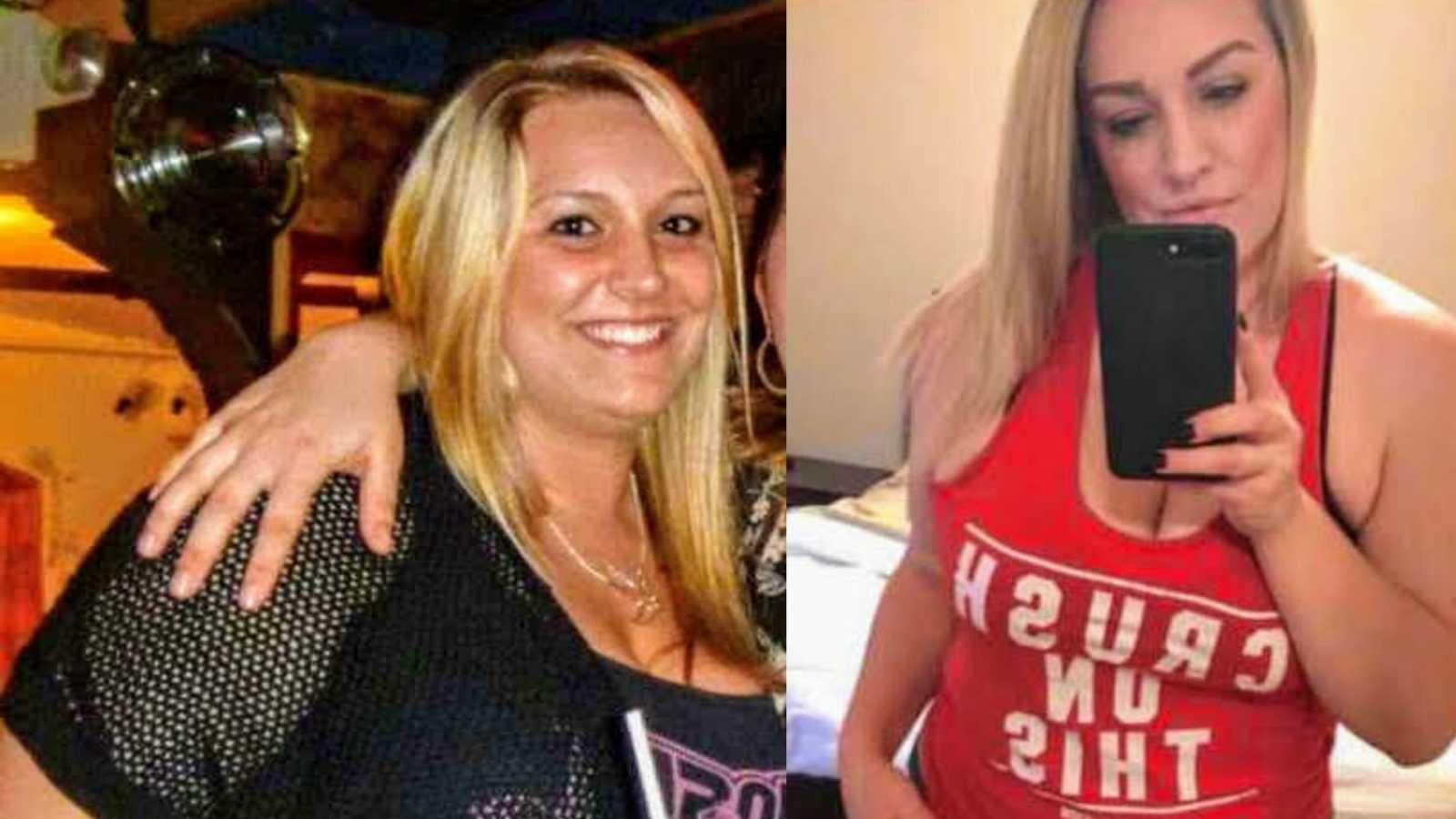 “I wasn’t always overweight. I was never considered ‘thin,’ but I was actively involved in dance and soccer at a young age and somewhat athletic. Around the sixth grade I became hyper aware of my body and began to compare myself to other girls my age. Ballet complicated things since there was the pressure to have a certain body type – one that I would never really achieve. As I got older I became even more self-conscious. I felt like none of my clothes looked right and I wondered why I didn’t look like all the other girls.

In high school I was still healthy. At least physically. Then suddenly at 16 my world turned upside down. That’s when I began dating my high school boyfriend, someone who would remain in my life for 3 years. The beginning of our relationship was like a whirlwind. I felt so in love and was positive that I was going to spend the rest of my life with him. I’d like to say that everything was his fault – but realistically we were both to blame. Our relationship was incredibly toxic on both sides. I can’t even count the numerous fights, physical altercations, or the accounts of emotional abuse that were committed during our 3 years together. I felt like I was suffocating but couldn’t imagine living a life without him either. Our manipulative personalities seemed to feed off each other. We encouraged unhealthy behavior on a daily basis, which included our diets. This is when I first really started to develop a poor relationship with food.

At 19 I found the courage to walk away. Though the breakup was tumultuous, I’d like to think that we are both better off now. I have reached a point in my life where I no longer have hatred towards him for anything that happened throughout our relationship. I know I wasn’t perfect – far from it in fact. I was attending community college at the time and was finally able to focus on myself and my studies. I fell in love with Criminal Justice and went on to transfer to a four-year college to pursue my BA.

During my first year away at school I lived alone. I was determined to succeed in my program and thus spent most of my time studying or driving back to my hometown to work on weekends. I didn’t really care about nutrition. I was just kind of trying to survive on what little money I had, which meant a whole lot of ramen and pasta. I was already uncomfortable with my body, but things didn’t really get out of control until the end of that first semester.

I thought I might be ready to try dating, so one of my friends tried to set me up with someone. I thought he seemed like a decent guy and we chatted for a few days before meeting. Looking back on it now, I should have met him in a public place. But I thought he was safe – I thought I was safe. I was studying for my final exams and he came over to hang out with me. Apparently, he thought we knew each other well enough to engage in a physical relationship during our first meeting. I felt… completely paralyzed. I felt… dirty.

To this day I’m not entirely comfortable saying that he took advantage of me. What I do know is that I didn’t want it to happen. I didn’t know how to say no. I felt like I couldn’t – I couldn’t even speak. I began to isolate myself from everyone. I never wanted to go out with my friends. I just wanted to sit in silence, all alone, and eat. Food was the only thing that I found comfort in for years.

Luckily, I didn’t allow it to have a negative impact on my studies. I went on to graduate with distinction in my major and was able to choose between 4 different colleges to pursue my Masters in Public Administration and Policy. In my personal statement I mentioned that I wanted to one day run a non-profit organization and figured an MPA would be the best educational background to do so. In graduate school I still kept myself isolated for the most part. It really wasn’t until I graduated that I became utterly disgusted with myself and who I had become.

I had accepted a job that requires occasional public speaking and attendance at all kinds of events in the community. My low self-esteem was absolutely crippling at this point – not to mention the fact that I had gotten to about 290 pounds and was at risk for serious health concerns. In July of 2016 I joined Weight Watchers because my parents had always had success with it. For the first 3 months of my weight loss journey I just focused on my diet and tried to get 10-15,000 steps per day that I tracked with my Fitbit. I lost about 30lbs in the first 3 months.

Then in September 2016 I joined Anytime Fitness and enlisted the help of a personal trainer, Randi, who I am forever grateful to. She became my rock. I could count on her for emotional support as much as I could count on her to kick my butt at the gym. At my lowest weight I got down to about 208 pounds, basically within a year and a half since starting my journey.

I do suffer from serious anxiety and depressive episodes, which sometimes cause me to lose motivation, so I know my weight is always fluctuating and I’ve gained a bit back. But I will never give up. I will continue and reach every goal that I have set for myself.

I no longer feel like I am doing this just for myself. I have shared my journey with others on Instagram and have found a wonderful, supportive community there. I’m doing this to show others, especially other women, that they can do anything they set their minds to. My goal is to use my influence to raise awareness for intimate partner violence through a non-profit or a foundation and show people that you can overcome any obstacle in life. I want people to know that no matter what happens, they are strong. They are capable. They are enough.”

This story was submitted to Love What Matters by Lauren, 28, of Nevada. Submit your own story here, and subscribe to our best stories in our free newsletter here.

‘My sister was dying. I had no choice but to be healthy for her kids. They would no longer have a mother.’: Man’s sister dies of Ovarian Cancer, loses 125 pounds to ‘be around’ to raise her kids 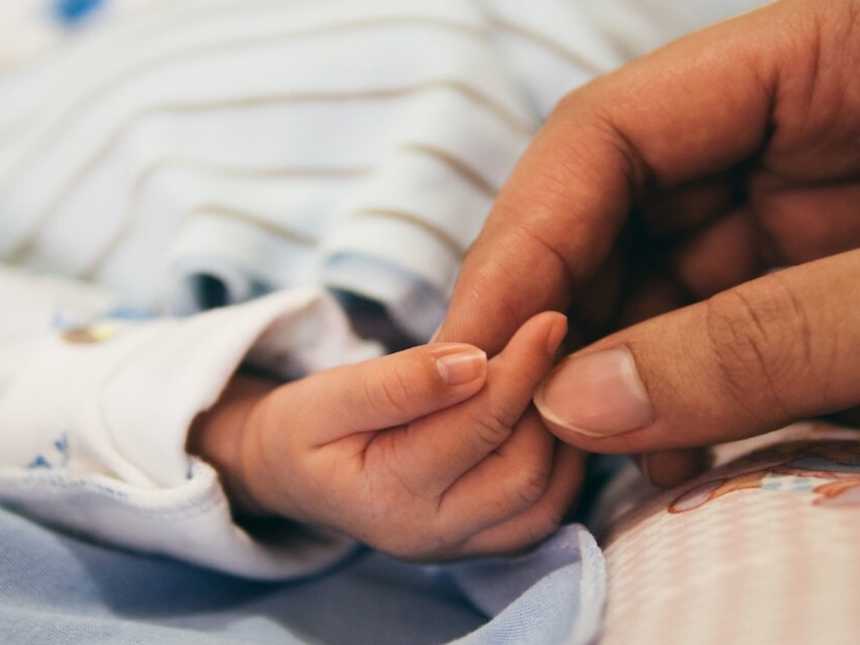 ‘Mommy and Daddy, Please look at ME when I am feeding.’: Hospital sign telling parents not to be on phone is why ‘Mom Guilt’ exists

“He was understandably frustrated. It doesn’t mean we don’t love our babies. It doesn’t mean we aren’t over-the-moon to welcome a new life into the world. Perhaps that new mom is zoning out to a Netflix episode to balance the overwhelming feeling of being a new mom. It shouldn’t matter.”