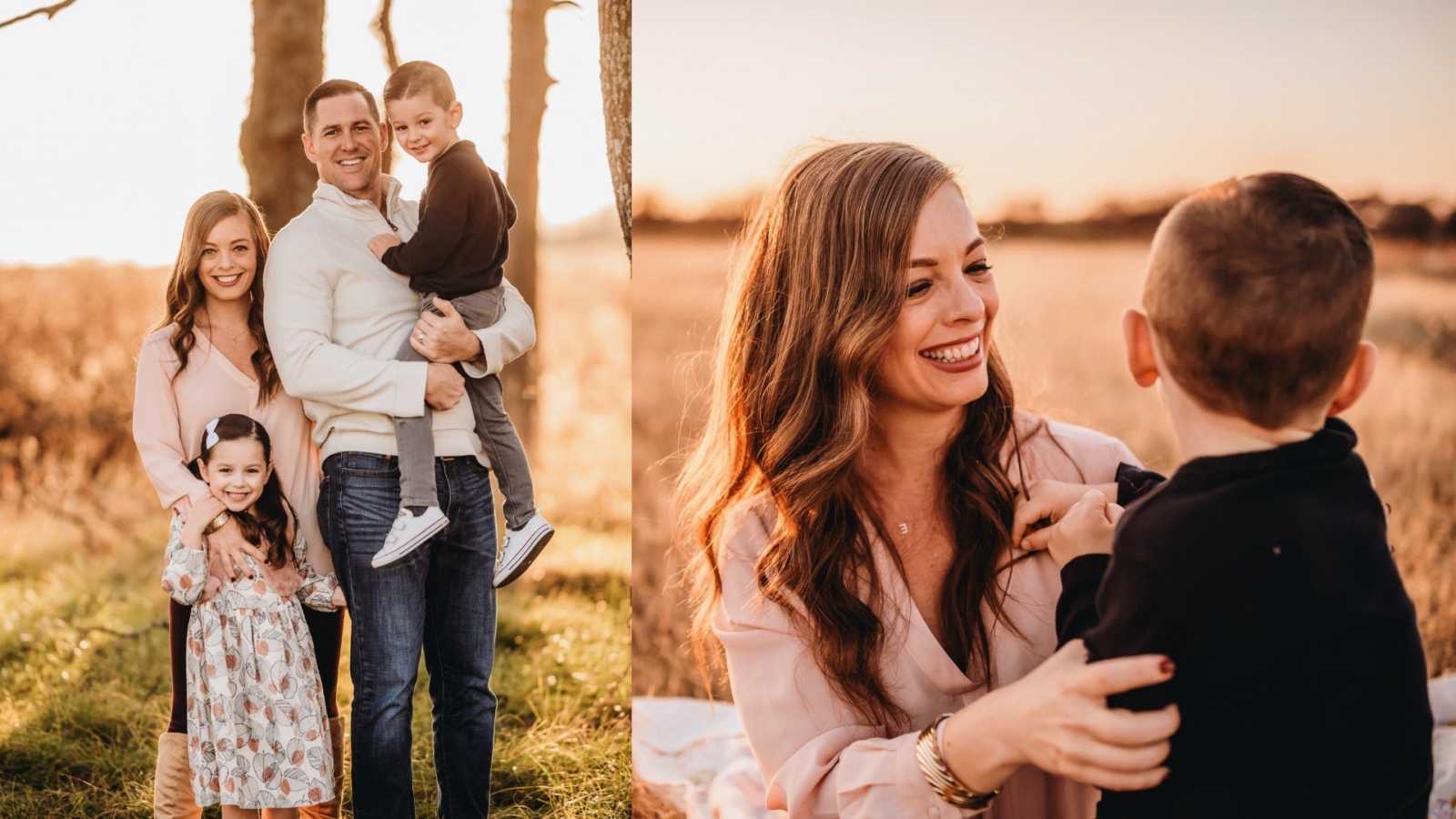 I was the one walking this story and I would be the one to release it.

You see, my entire life I had been hiding in plain sight. I had convinced myself that the world only wanted my prettiest parts, not my pain, and that’s what I was full of: a lot of ugly, poisonous pain.

I would spend my nights scrolling through social media and comparing. No one was sharing their hardships, only their highlight reel, including me. The world was sending me a message that in order to fit in, in order to connect, I needed to stay silent and small. I needed to conceal my cracks forever.

But when I posted our most recent family photos, and the comments poured in about how ‘perfect’ my family was, I knew things needed to change. I didn’t want people to just like my photos, I wanted them to like me, all of me—even the painful, grieving, unglamorous parts.

So, a few days later, at that kitchen table, I closed my eyes, clicked a button, and finally put an end to my pretending.

I made my private journal public.

My entire life changed from there but let me start by introducing my real self.

I am a child who was abused by her father at three-years-old. A girl from a small town who developed a great imagination and used it as an escape into the world of reading and writing. A teenager who was the victim of statutory rape.

I was a young woman who loved deeply; everyone except herself. I became a nurse because it was safe. I had a stalker, a professor who propositioned me, and cancer, twice. I moved to a new city on a whim, knowing no one, and ended up meeting my husband.

I married, settled into suburban life, tried to start a family and had two miscarriages. Then I had my daughter, my son, and found my husband unresponsive on the floor with a failing heart. Anxiety and depression have cycled through my veins my entire life and are sometimes still very present as I parent two children with autism.

There’s a lot of beauty sprinkled in there too, but chances are that was already public knowledge. It was these hardships I was carrying for far too long. It was fear that told me if people knew who I really was, I would be rejected and judged.

But what actually happened was this: unconditional acceptance.

In the past year I have received thousands of messages of ‘me too.’ I have found a community of online and real-life friends that live without fear—that have left room at the table for me to sit down and learn from. I’ve met a Miss America titleholder who has autism like my daughter, and therapists who have worked overtime to get my son to speak.

I’ve spent sleepless nights trading emails with women who know struggle well, but also the redemption that comes from being real. I’ve lost people in my life that don’t believe in transparency, but it cleared the way for the people who do. And most importantly, I’ve been given the gift of never being alone again. Now, when I post something, there is a true story attached to it.

A few weeks ago, someone commended my bravery by saying, ‘I know it must be hard to share so much.’ No, I replied, sharing isn’t hard at all. It’s the staying silent that will kill you.

There are people hiding in plain sight that are going through the same thing as you. They are hiding behind perfectly posed photos and carefully crafted posts and they are hurting, just as I was. But when we crack the window to our real selves, we give others permission to do the same, and that is where you will find your forever friends. The ones who crave authenticity as much as you do.

Share it to one person or share it to the world. It’s your choice. Just don’t sit on it.

I promise, the freedom you’ve been hoping to find starts with a shaky finger and the willingness to submit”