“I got rear-ended today. The double bump kind. Never happened to you? Me either.

There was one big bump. It stopped. Then we were bumped again.

It was the kind of double bump that leads to the other driver jumping out of his car and apologizing immediately.

He said he didn’t see us.

He said his foot was on the accelerator and he couldn’t stop.

We were in the median lane in between a four-lane road, waiting for traffic to slow or come to a stop so we could safely merge in.

Am I frustrated? Absolutely.

Especially since the seemingly nice fella told a little fib to the reporting officer about where he was on the road when the accident occurred. I quickly corrected that nonsense, and upon him being questioned a second time, the man told the truth and admitted fault.

I’m not mad at him — not a lot; kind of peeved that he lied to begin with, but appreciate him eventually taking responsibility and blame which was clearly his to take.

He seemed distressed and kept apologizing.

Before we drove away, I told him not to carry the guilt home with him — that everyone was safe and okay and that was all that mattered.

He thanked me and drove off.

Then guess who carried the guilt home? I did.

Guilt about what? I don’t even really know.

Because all of us ‘rear-end’ others — even our spouses or children — each day.

We come out of nowhere.

We crash into them with our judgment, tone of voice, criticism, and typically a pretty steady lack of patience.

On our worst days, we double, even triple-bump those unsuspecting souls when we’re on a roll and sadly unable to stop the disappointing progression of our missteps.

You see, as a momma and wife, I screw up a lot.

I raise my voice.

And I don’t quite live up to model mother status 99.9% of the time.

But, I could be worse, just like the accident could have been.

But it wasn’t, thank God.

And, neither am I, thank goodness.

Today, I got in an accident, and if we’re keeping it real, most days as a mom, I’m a little bit like a walking accident.

But, if there’s anything that unfortunate experiences can teach a person, it’s that life is precious and so is time and you shouldn’t waste any more of yours failing to give needed grace to yourself or others.”

‘My 7-year-old daughter asked me to snuggle. ‘I can’t. Someone has to clean up dinner, and APPARENTLY that someone is me,’ I told her, quite matter of factly.’

‘You’re too young to get married,’ they said. I was 22, fresh out of college. This man was 8 years my senior. ‘What do you see in him? It will never work.’ 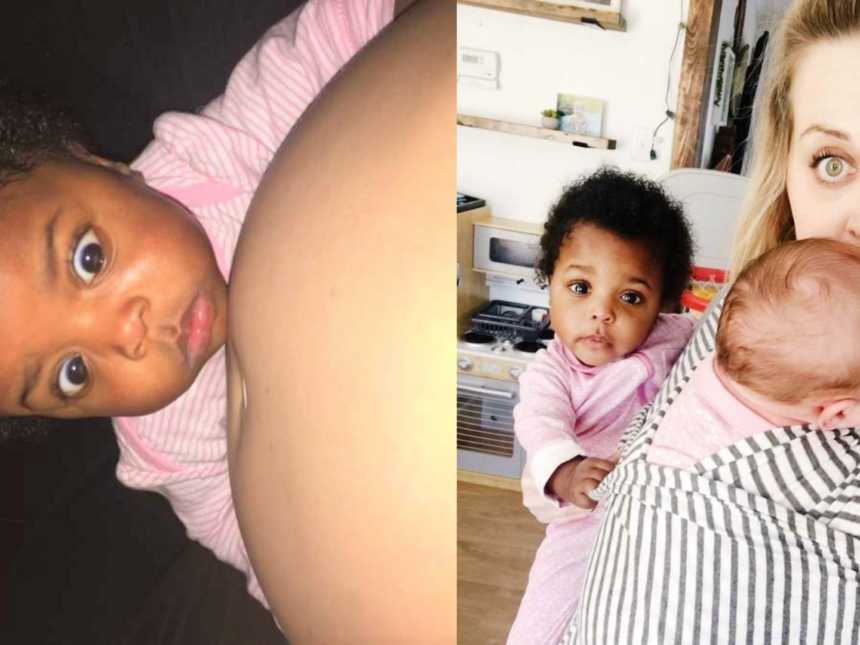 ‘If this turns positive, it’s freaking baby Jesus,’ I said to my husband as I peed on a pregnancy test. He was holding our newborn baby we just brought home.’: Woman has unexpected pregnancy right after adoption

“My husband started reading the box saying aloud, ‘Noooo, I don’t think two lines mean positive.’ He handed me two other tests, which both immediately returned positives. I didn’t know whether to laugh or cry. So, I did both.”

“So, there we were… my wife and I in a tiny stall in the bathroom, and I could see the top of our little girl’s head crowning as Maggie was straddling the toilet. I told Maggie, ‘Sweetie, we are gonna have to do this right here, right now.”