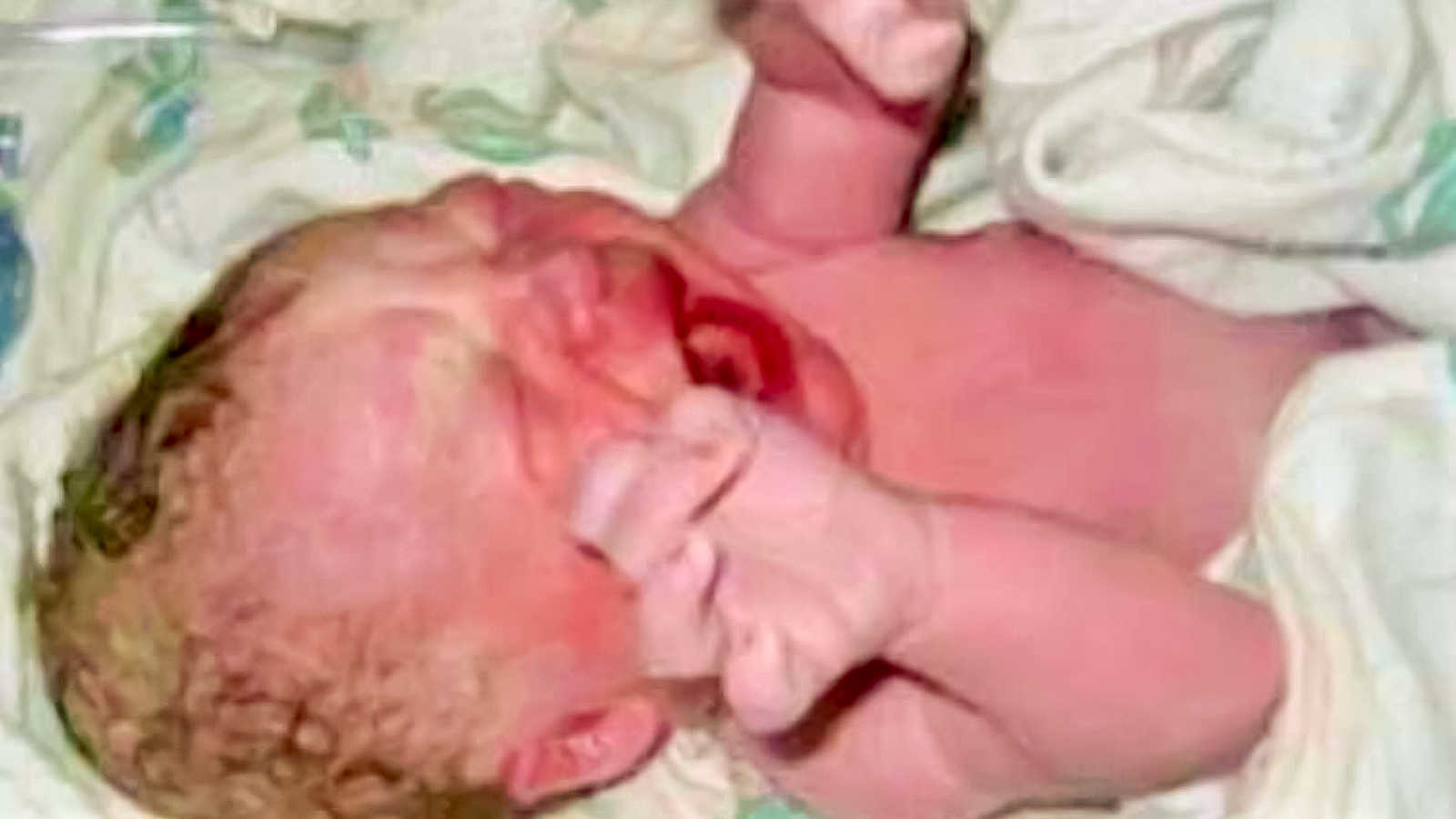 “I remember it vividly. I was about ready to give birth to my first baby boy. The pregnancy was fairly easy for me. I gained quite a bit, but I was pretty healthy and baby was healthy. All looked great. We had decided, since it was my first pregnancy, I would have my specific doctor do the delivery. This meant I would have to be induced, because he was going on vacation.

I was only induced 6 days early. I went in the night before induction to have Cervadil placed to help aid in the process. That didn’t seem to do much for me overnight, as far as progress. By about 9:30 a.m. the next morning, I was only dilated to 2. At that point, the doctor decided to break my water and see if things would progress faster. He also offered me the epidural. I said sure, because I wasn’t a fan of pain and thought it would help. I was also on IV antibiotics due to a positive strep B test. As the day went on, nothing happened out of the ordinary. They stared using Pitocin on me, and I never felt a thing. Baby boy was doing great. All monitors for both of us were fine.

I remember very well, during one of my appointments, asking if it was possible to tell if my pelvis was able to give normal vaginal birth. The doctor told me they wouldn’t know until we got to that time. I needed to ask because I have an older brother who was premature and less than 4 lbs. My mom could not deliver him naturally, due to her pelvis shape. Bless him; he is in heaven now. I thought maybe we could figure this out ahead of time and save any issues that could arise. I was happy with his response and went about the rest of the pregnancy.

As the day of induction went along, I would only move to a dilation of 3 all day. My baby boy never even dropped into position. Looking back, I was so glad he didn’t, but at the time, I thought it was strange nothing was happening. Pitocin was still on board, and I was feeling fine. My family was in and out all day, just patiently awaiting his arrival. I remember it was over 100 degrees outside that day, and I was very happy I didn’t have to be out in it. We all know how you feel at 9 months pregnant in the scorching heat.

The day went on, and it was starting to get to the point of having my water broken for too long before not doing a C-section. I don’t remember the exact time the doctor came in, but he asked if I would be okay with doing a C-section. I said yes! I wanted to hold my baby. He was my first, and I was fresh out of patience. As I was wheeled in, I remember him saying, ‘Her uterus is tired.’ I knew this was from all the Pitocin and no progress, but again, I felt just fine and super excited to see my new baby boy. Now looking back, and knowing what I know, hearing ‘her uterus is tired’ may have scared me a little bit. As I have said, I was young, and it was my first experience.

They began the C-section and all was fine. There were two doctors, and I remember my doctor standing on a little stool. He wasn’t a very tall man! As they began to bring our baby boy into the world, I heard, ‘One, two, three, and four!’ I can still hear this in my head, to this day. I asked them what they were counting. One of the doctors said, ‘We are counting the cord. The cord was around his neck four TIMES!’ My beautiful baby boy was screaming. They then said, ‘You couldn’t have had him naturally, even if you wanted. Your pelvis is more of an android shape, meaning it is shaped more like a man’s, and he wouldn’t have fit.’

Remember the question I had before? This literally saved my son’s life. My pelvis didn’t allow him to drop into the birth canal. Can you imagine how our day would have been different had he dropped? He may not be here today! Thank the good Lord above! He never had any breathing issues; he wasn’t blue and came out screaming. He was just perfect. He weighed 7 lbs. 14 oz. and had curly hair. His hair later became the talk of many people.

The very next day, both surgery room doctors showed up at my hospital room to see this ‘miracle baby,’ as they called him. They said, even via C-section, when a cord is wrapped around four times, the babies don’t always make it. I was told to buy a lottery ticket, which I didn’t. I was 26 then, and didn’t realize the significance of what had happened.

Over the years, I’ve learned how blessed we were to have everything go so well. Stone was born on June 29th, 2005 and is about to turn 15. He is super healthy (minus some food allergies) and has one of the most amazing personalities! God is good! I truly think all things happen for a reason. He was meant to be here. I am shaped the way I am to save his life. Did I mention he was also sunny side up, meaning his back was against mine as well? The odds were definitely stacked against us. Years later, I went on to have another boy via C-section with zero issues!

We will never forget the story surrounding Stone’s birth, and he knows it just as well as we do. We want him to carry it around with him.”

This story was submitted to Love What Matters by Bridget Starbuck of Lyons, Kansas. Submit your own story here, and be sure to subscribe to our free email newsletter for our best stories.

‘We sat our children, 8 and 3, down. ‘Your sister’s bones didn’t grow like yours. She could die during birth.’ They couldn’t stop crying.’: Mom births miracle baby with Skeletal Dysplasia

‘I called my husband to say, ‘I don’t want to live anymore. I can’t keep fighting this.’ I’d hit rock bottom, then discovered I was pregnant.’: Woman survives fatal Biliary Atresia to birth miracle baby, ‘I defied all odds’

‘She looks like she’s been submerged under water.’ We never left the hospital. Her 321 days of life were there.’: Couple welcomes miracle baby ‘hand-picked’ by his ‘perfect sister in heaven’ after she died of congenital heart disease