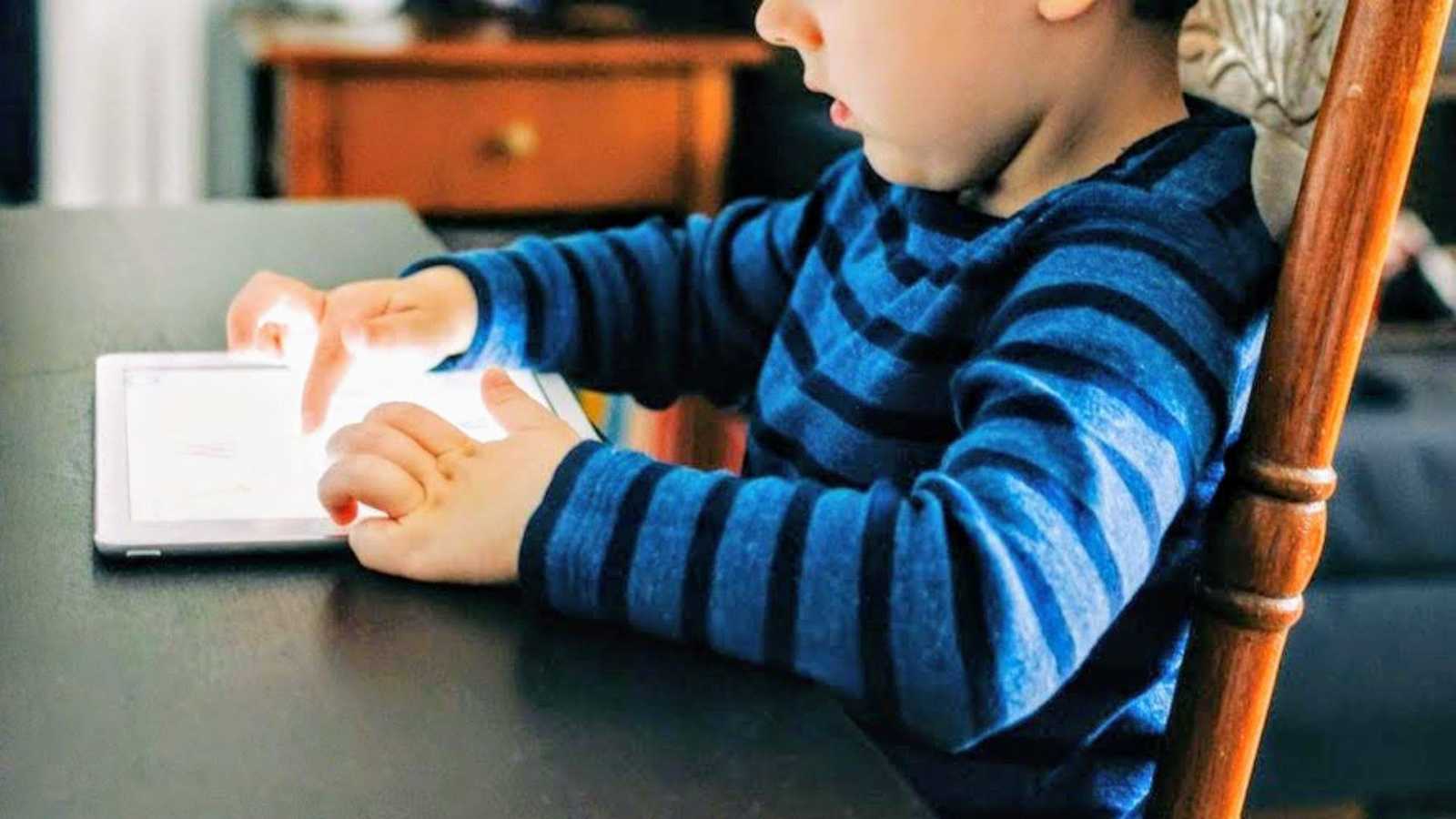 “Three weeks ago, the unthinkable happened. Mommy did the unthinkable. She let in a monsoon, a dark cloud of doom over her child. She stripped away his resources and left him in the middle of the woods, alone, without direction, begging for help from anyone, anything. He was helpless. Alone. In the dark. Or so it seemed. At least to my little one.

In reality, all I did was I take away the iPad. Yep. And let me tell you, the tears came FLOODING. My beautiful child was ugly crying, swinging arms, red faced. He threw his belly to the ground, defeated and beating on the ground like a drum, drumming for help. ‘MOMMY, WHY MOMMY?!’ If you were in an earshot, you’d think I was the most deplorable, cruel mother in the world. In between hiccups, coughs, deep gasps, he said, ‘MOMMY… I… NEED… IT.’ I replied a stern, ‘No, baby. You do NOT need it.’ All hell broke loose after that.

After about enough 20 seconds, I said, ‘Enough. Or you will never see Mr. Oodles again.’ Yes, that’s right. The iPad has a name. I was mommy the monster and he/she/they were Oodles the God. The savior. The life and light in this world. I was the darkness.

He had been playing a game called Subway Surfers for an hour straight and thought it bright to tell mommy to ‘go away’ when I told him dinner was ready and we were going to sit and eat with daddy and I. ‘Two more minutes,’ I said, walking into the bathroom. About four minutes later, I said, ‘One more minute.’ He looked up at me with the dirtiest face imaginable, like I’d just insulted the whole core of his being. My husband and I set the table, washed our hands, brought out the linguini and meatballs, spinach, and salad. Water and juice. Forks, ice, napkins. The clock was ticking. Time was up. ‘Come here, Wyatt.’

He fussed and got upset but didn’t look up from the screen. ‘No, please. I have to beat my high score!’ … ‘NOW. Or else no iPad tomorrow.’ Well, that made him look up. And so began the tantrum. The belly diving. The endless tears. The anthem.

I somehow managed to get him to the table. Through leaking tears, he chowed down on his spaghetti and spinach. He was giving me the silent treatment. Only talking to daddy if spoken to. When dinner was up, I let him watch 15 minutes of Blaze and the Monster Machines, as opposed to his usual 30 before bed. As he watched, I sneaked into the bedroom and hid Mr. Oodles in a high shoe box in the closet. I walked back out to the living room. His eyes were glued to the television. ‘Tomorrow, we’re going on an adventure.’ No response. My husband put him to bed that night.

The next morning, I stayed true to my words. After breakfast, I packed his bag with juice, water, hand wipes, band aids, and snacks. I slung a beach chair over my shoulder. He apparently had forgotten about his silent act and asked, ‘Mommy, where are we going?!’ He was excited. And then he said, ‘Can I bring Mr. Oodles?’ I shook my head as if to say no. Before he could cry, I lifted my finger. ‘BUT, this place is going to be amazing and fun! I promise.’ I kissed him on the forehead. He was suddenly distracted by something else. I can’t remember what.

So, we headed out the front door. The car was parked in the driveway on the right. We made a sharp left. ‘Momma, the car is right there,’ he said, sassily. ‘What are we doing?’ I took his hand and walked him out back to the backyard. He looked at me in disgust. There was a large plane of grass, two trees, a patio, and wooden table with benches. ‘Here we are. Now play.’

You’d think I was speaking another language with the faces of utter confusion he shot my way. ‘I want to go back inside,’ he said. ‘Uh-uh. Not today. You’re going to play outside.’ He replied, ‘But.. there’s no toys. No TV. What?’ He shrugged his shoulders. With a big smile on my face, I said, ‘Exactly! This is going to be so fun!’

I set up my beach chair on the grass and got cozy, a book in hand. The experiment began. The first few minutes he sat on the ground in protest, just staring at the sky. But then something amazing happened.

His curious mind forced him up. He went to the bushes and began collecting little leaves. Then he began naming the leaves, setting up his own little civilization. He collected rocks and put them in a circle. He discovered the magic of scraping rocks on pavement and began drawing a beautiful portrait of a man with three wisps of hair and circles for eyes. Moments later, I joined in. We began playing tic tac toe and drawing cars. When he complained that the rock was getting his hands filthy, I brought out the chalk. His imagination ran free. It was beautiful to watch.

And guess what? We stayed out there for THREE full hours, no interruptions. The best part of it all was that he didn’t even ask for the iPad until late into the evening. When I said no, not today, he replied, ‘Okay…’ in a disappointed tone. But, what was that I heard? The sound of silence. The sound of NO crying. No belly flops to the ground.

When I put him to bed, kissed him goodnight, and shut the light off, he said something that made my heart flutter. ‘Tomorrow. Can we play outside again?!’ I said of course we can!

Throughout the few years of raising him, I hadn’t exactly realized how bad it had gotten. I knew he was attached to his devices, I even knew it was some sort of addiction. Had read an article about it somewhere. But I also knew that every other child I know is like this. Attached to their screens. So, I brushed it off. I gave him the iPad time. I gave him the TV time. It was easier that way.

I’m not sure why this was the last straw for me, but something inside me just screamed that enough was enough. He didn’t need just another ‘no’ or ‘put the iPad away’ or ‘give it to me’. He needed to be shown HOW to have fun without it.

I’ve also made it a point to not use my cell phone much around him anymore. As a mother, I am an example, a role model. My behavior sets the tone for everything. If you’re a parent and you’re reading this, remember that you can’t just ask your child to put the devices down. YOU also need to put them down as well, turn off the TV. To pay attention.

Slowly but surely, you can re-mold their lives and combat the disaster that is plaguing our children: technology. Cut down on Mr. Oodles. Do away with Fortnite, with Paw Patrol, with Subway Surfers, with Blippi. At least for a little while. Seize today and make a difference for tomorrow.”

This story was submitted to Love What Matters by Aimee L. of Houston, Texas. Submit your own story here and be sure to subscribe to our free email newsletter for our best stories.