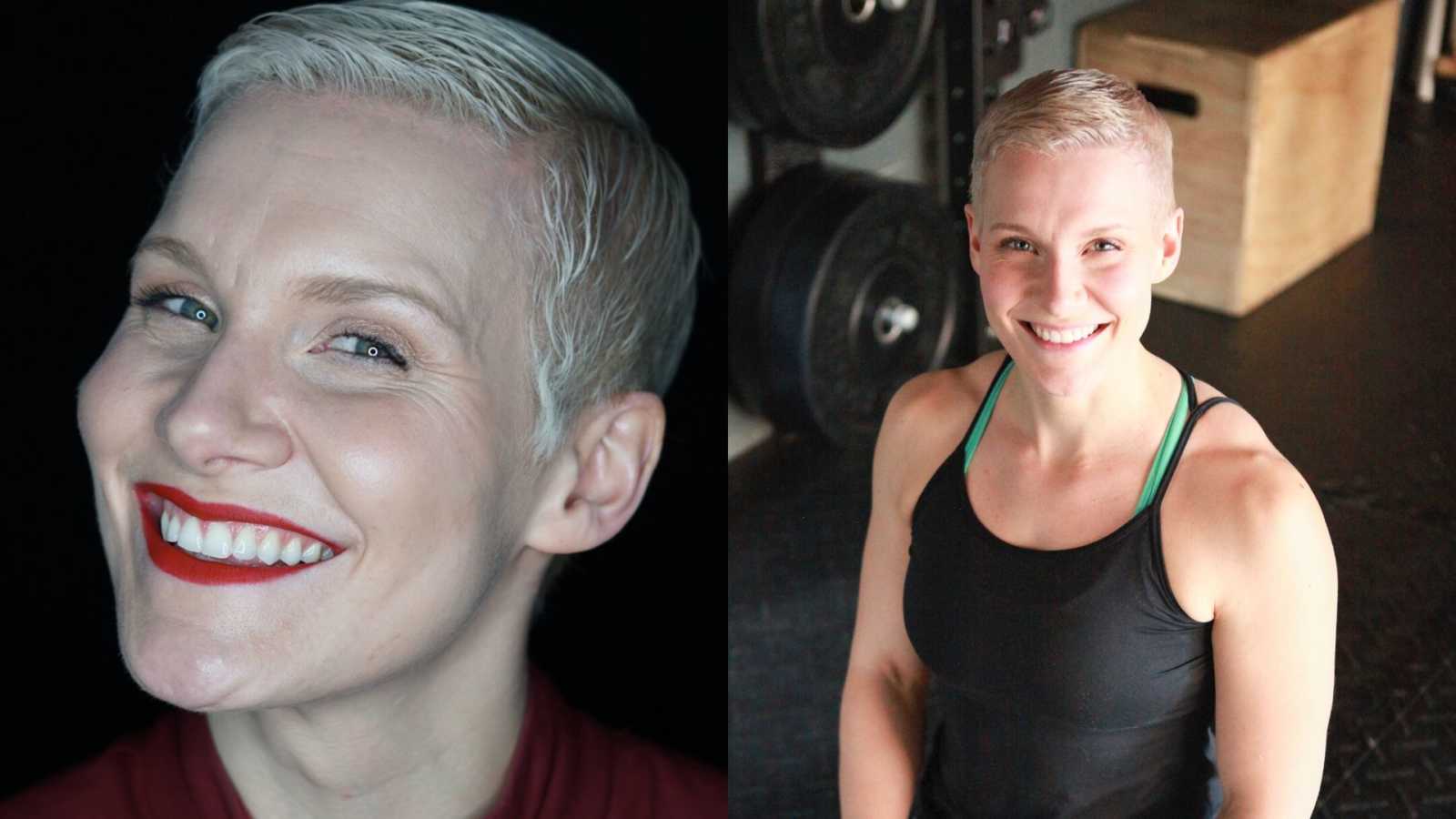 “It was such a dumb way to get injured. I wanted an awesome photo at the gym for social media, and balancing on one hand in a handstand would do the trick. ‘I think I can even do it balancing on a kettlebell instead of just on the floor,’ I told my workout buddy turned photographer. She seemed concerned, but I was confident. I put two kettlebells down on the floor, grasped one in each hand, kicked up against the wall and shifted my weight to my left side. The kettlebell immediately shook and the photoburst ended up looking like I’d been, ‘tossed out of a basket’ as my brother put it later. I fell straight down hitting my nose and cheek against the kettlebell.

It hurt. Bad! But I hadn’t broken my nose! I thanked my lucky stars, iced my face a bit and did my workout. What I didn’t realize was I’d hyperextended my neck. Or what can happen after.

The next day I returned to the gym and worked out again, but after finishing, the left side of my neck began to hurt. I figured I’d strained something while lifting weights and popped a few Ibuprofen before heading to work.

A few hours later, my neck pain returned quite suddenly and minutes later the room began to spin so intensely I couldn’t stand. I lay on the floor thinking the feeling would pass, but it didn’t. Soon after the nausea and vomiting set in. Someone called my husband, Donnie. Minutes later he walked in and though he was concerned, he assumed I’d caught a bug. ‘What did you have for breakfast?’ a coworker asked. When I told them it had been leftover beef shwarma, the consensus turned to food poisoning. It seemed plausible, but why would the room be spinning? Why couldn’t I stand up? ‘I told her eating leftovers for breakfast was a bad idea!’ Donnie chimed in.

It had now been about 28 hours since my fall the day before, but even if it had been minutes, I wouldn’t have known I was having a stroke. Here’s what I knew about strokes: old people have them, they make your face droop and they cause your speech to slur.

Not even when I lost feeling on my left side did the notion of stroke cross my mind. Luckily, it seemed serious enough to warrant an ER visit. It sounds silly, but Donnie will tell you things got real for him when he tried to get my shoes on. ‘Hey, help me out,’ he pleaded as he tried to force my sneaker on my left foot. ‘I am!’ I had no control, so my left leg flopped around like it belonged to a rag doll.

In the months during my recovery, I came to realize how lucky I was that our local ER recognized my symptoms. I was 29 years old, a ‘young’ stroke victim in every measure. Many, many young stroke victims who DO go to a hospital (many don’t recognize the seriousness of the less common symptoms to do so), are misdiagnosed due to their age. Treatment for a bad flu, or a concussion instead of a stroke will leave them with permanent deficits.

The magic window is 3 hours. You’ve got three hours to notice your symptoms, get to an ER and get a clot buster (basically a super, powerful blood thinner). Three hours might seem like a long time until you talk to someone who’s symptoms started while they were asleep, or to someone who was home alone and couldn’t get to a phone. When the three hour window closes (or if you can’t identify when the symptoms started), you can kiss your chances of getting a clot buster goodbye, and say hello to MUCH higher risks of permanent brain damage and deficits.

My 2.5 days in the hospital were a blur of scans, tests, evaluations, visitors, and total exhaustion. On the second night, two residents came to tell me that I’d experienced an ischemic stroke. My left vertebral artery had been occluded, or in other words, it had clamped shut when I hyperextended my neck, and didn’t spring open like it was supposed to. No stint was necessary. My other artery happened to be bigger, and even if this one never reopened (which it didn’t), my amazing body would grow veins around it to compensate (which it did!). What I heard over and over again was, ‘You’re healthy and strong. You’re young and in great shape. You’ll be back to normal in a few months.’ I was one of the lucky ones. A full recovery was within reach.

But they didn’t know what normal was. Normal for me was CrossFit, Zumba and training other athletes. Normal for me was lifting heavy weights, doing gymnastics and working out for a couple hours most days. I was trying to finish my masters degree in a month and take my comprehensive exams shortly after.

When I got home, reality set in. To get back to the gym, I’d have to relearn to walk first. I’d have to battle weeks of intense headaches before I could look at a computer screen for school or work. I was so tired at first, I could barely hold up my head long enough to watch a half hour TV show, let alone write a paper. While my coworkers picked up the slack during one of the busiest times of the year, Donnie helped me shower, made my meals, cleaned the house, took care of the dogs, and got me to doctors appointments, all while finishing his masters degree and continuing to work full time. Normal would be hard-earned.

So far, I’ve given you the facts, but here’s the miracle; I can look back on that time and smile. I had more time to pray and think during my recovery than I’d ever had in my life. I hated being a burden, but something in me told me I needed this time to recalibrate. I prayed. I thought. I decided to switch jobs. I decided to push through my last master’s level class and pray my way through preparing for my comps. I turned 30 and savored it.

Yes, I cried and at times felt so frustrated about what I couldn’t do, and how the world seemed to be progressing without me, but I allowed God to steel up my spirit and soften my heart. The love and support people showed me dissolved the inattentiveness I’d been harboring. I may not always know what to say to someone who is hurting or discouraged, but I know how it feels to have people care, so I pass it on.

With physical therapy, I got back to the gym, and with commitment and consistency I eventually surpassed my old normal.

Yes, I still have some deficits. My fingers tingle, I have some double vision, I get these weird headaches, and I still have to take Plavix every day. But today, my marriage is stronger (my husband is the GOAT, end of story), my body is stronger, my mind is stronger, and you’d better believe I’m telling everyone to Think FAST (Face drooping, Arm weakness, Slurred Speech, Time to call 911).”

This story was submitted to Love What Matters by Rachel Keele. Follow her on Instagram. Submit your own story here, and be sure to subscribe to our free email newsletter for our best stories.

‘I don’t know who you are, but I know I love you.’ The mother of my son has no clue who I am.’: Father realizes he’d be raising his son ‘alone’ after wife suffers strokes that erased her memory

‘Is it cancer?’ I had to tell my son, ‘I don’t know.’ There’s no treatment. We were told go home and live life.’: Twin brother suffers 2 brainstem strokes caused by a cavernous angioma, mom says it’s made her children ‘kinder, better’