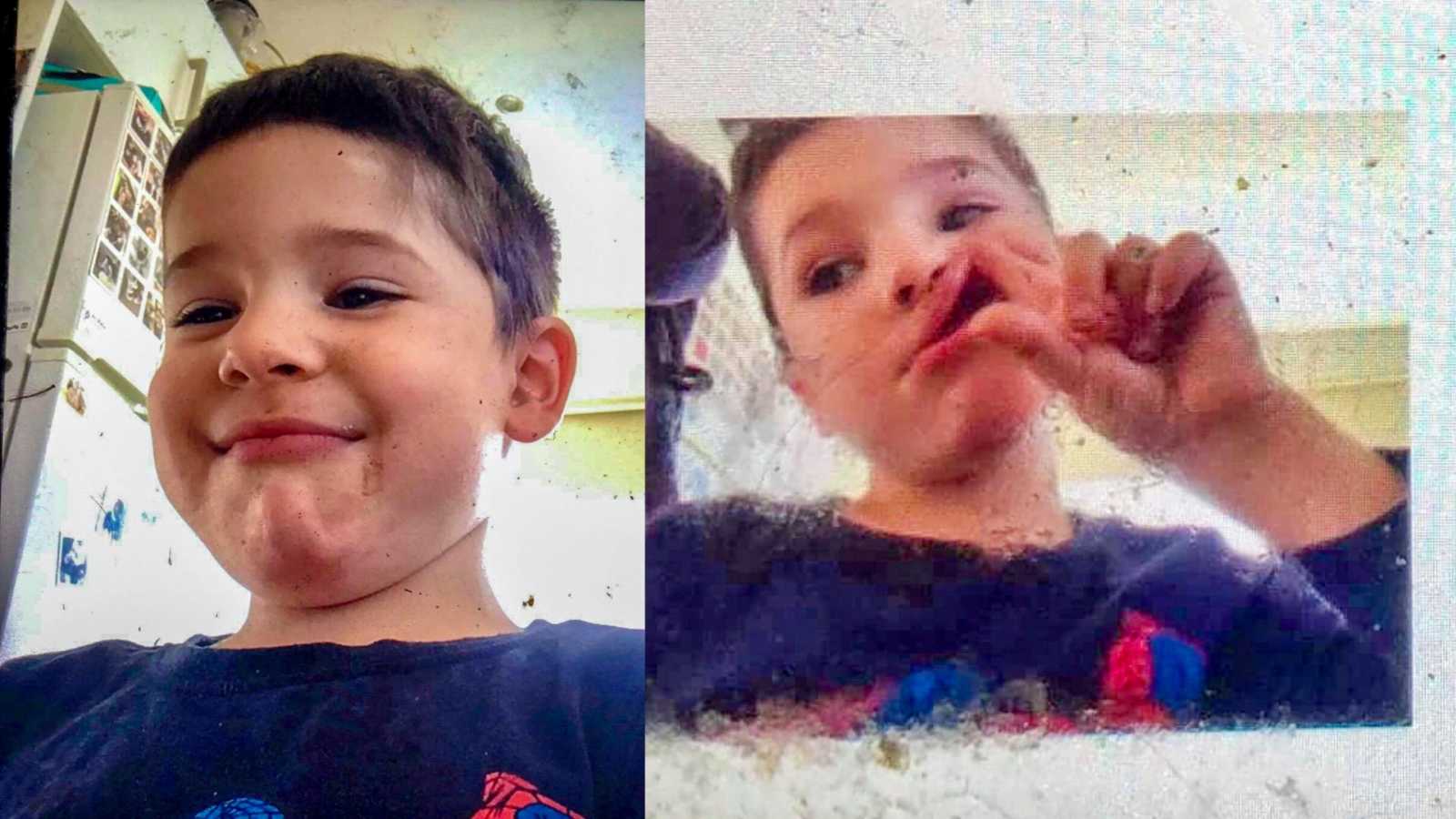 “Meet Luca, the future president of the world.

Why? Let me tell you.

2) I have a mountain of work that I could climb and make the Guinness World Records.

3) It’s a little confidential, so I’d rather not have a sticky-fingered 5-year-old touching things or getting on the Zoom meeting like, ‘Mom? Who is that OLD lady?’ like he has before.

While working in my office (aka a small makeshift desk near the front door), I put FaceTime on so if Luca had a question when unsupervised, he could ask — nailing parenting right? Bloody oath!

He was pretty quiet, but I could hear the lesson going on, so I didn’t feel very worried. I wanted him to feel trusted… HAHAHAHAHHA TRUST A 5-year-old… good one, Laura.

But I did, so I’d quickly pick up my phone and have a peak and it looked like he was listening.

Should have gone to Spec Savers, Laura.

I picked up my phone to tell him that he could have a break and realized he was eerily still. With the same dork confused look on his face. I laughed and asked him if he was frozen, but of course, he didn’t reply.

I went upstairs and as I went up, I could hear his little voice, singing and playing. I look in his room and there he was, playing gleefully with his toys like one of the von trap children. Out on the hill like a lonely goat… olay olay olay heee hooo.

I thought maybe he heard me say, ‘Break time’ and ran off quickly to go play and it was frozen??

I went over and saw a rather odd little setup that looked like two iPads mating.

He had his sister’s iPad, propped up and situated perfectly in front of his iPad’s camera lenses…

And what was on his sister’s iPad, you ask?

A picture of him sitting at the desk looking slightly amused.

And not just one picture. Multiple Pictures!

The little fart put a fake picture so it would look like he was sitting there, listening!

When I confronted him while trying to hold in laughter tears, he said, ‘Yeah but I didn’t just do one picture, I wanted to show you ALL my listening faces.’ Then he looked at me dead in the eye and quoted something his dad and I say too many times to him, he said, ‘You gotta admit, I’m pretty clever.’

Yes, you are son. WAY TOO CLEVER.

Scammed by a 5-year-old.