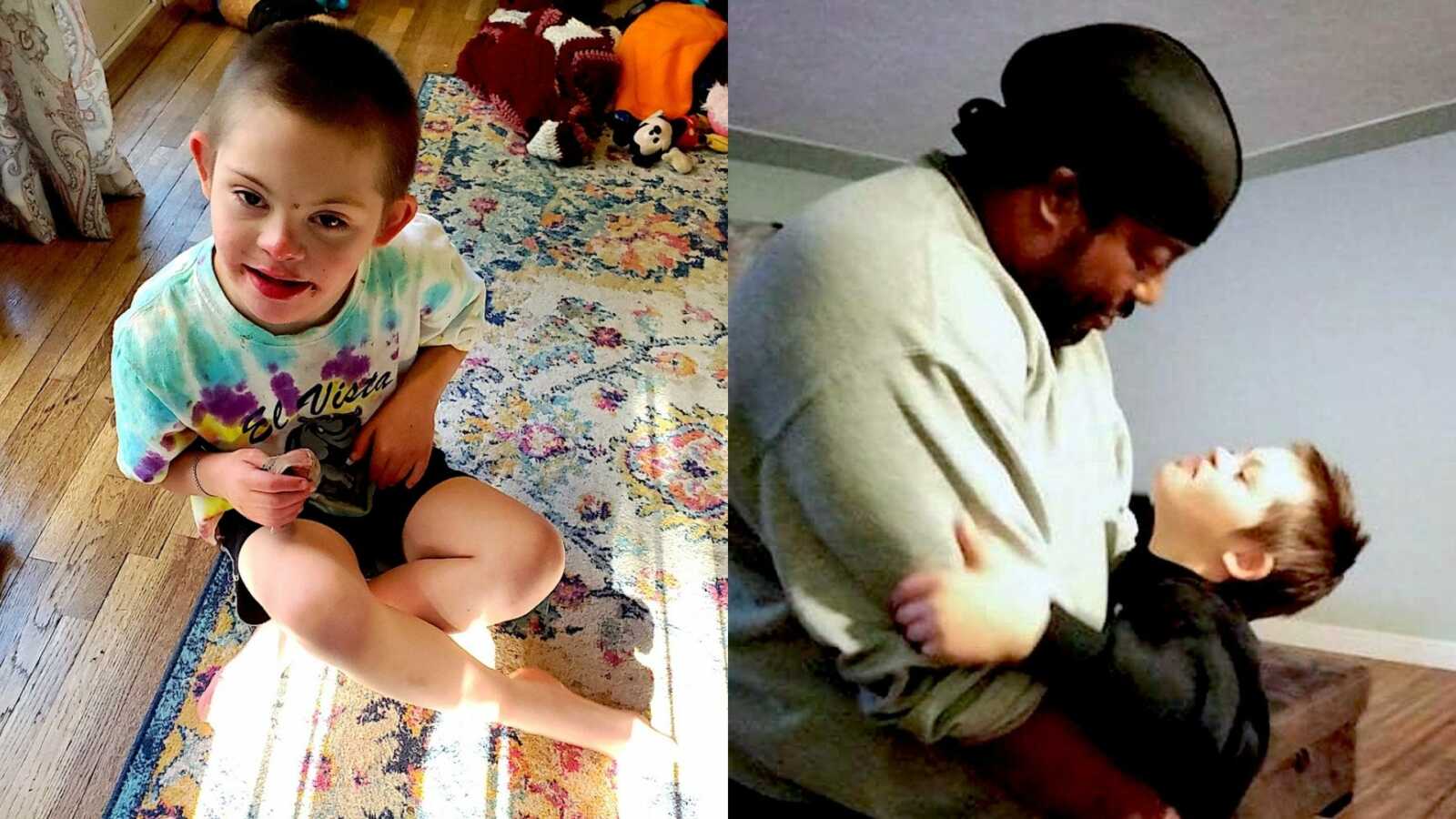 “Forrest Exavior Dragon was born on July 5, 2011. I had a normal pregnancy for a 39-year-old mom. I complained several times to the OB that the baby didn’t move right. I never experienced his toes in my ribs, or that sensation of him turning over, moving my uterus as he changed positions. He was just so mellow.

The OB kept saying every baby was different, but I was so worried something wasn’t right. He just didn’t act like the other babies I had carried in my womb. I wasn’t just a pregnant mom, but a well-versed ER RN with many years of service, and I had several babies already.

My husband and I have five children officially: yours, mine, and ours. I’ve carried four in my womb. I knew what was normal. Forrest wasn’t ‘normal’. He was too chill.

I chose not to have any genetic testing, due to cost, as well as our spiritual beliefs. If something was wrong, we weren’t going to do anything about it. My husband and I had prayed for another child. We were older and wanted more kids. We would take what we were given and be grateful for whatever blessing we were given by God.

When Forrest was born via scheduled cesarean section, I heard the nurse say, ‘Oh sh*t!’ and she sounded worried. Forrest was whisked away, and I went to recovery.

My husband and I were in a room waiting for our baby. A friend who worked in the nursery showed up with a meal tray and the pediatric physician. He had a lot of questions, asking to see the palms of our hands, in addition to other questions. My husband has a near single simian crease, which is a single line across the palm of the hand, instead of two. The MD asked many questions, then mentioned Down Syndrome.

Next, he had a flyer about the Special Olympics. He verbalized his concerns about Down’s. My husband was livid. He made a fist and cocked it back. I could feel his fury. I remember reaching over, just an hour after surgery, and snatching his hand as he started to strike. It hurt like heck in my abdomen, but I couldn’t let him do what I wanted to do myself… hit that physician.

We were both shocked and astounded at the news, as well as the way it was delivered. How do you tell parents their child may have a genetic defect with a flyer for the Special Olympics in hand? We were angry and devastated. We just wanted to hold our baby. He was perfect, and a blessing we had prayed for.

Forrest finally came to our room, and I knew something wasn’t quite right. He felt odd to the touch, doughy on his muscles, sort of floppy, and he didn’t flex toward his body quite like expected. His ears were also off, sticking out, super flexible, and a little low. I put a crocheted hat on his head that I had made for him before birth to keep him warm. In this case, I also was trying to lay his ears flat. I knew there was a problem, but didn’t want it to be true. I had dreamt of what he would be. It occurred to me that none of that would come to fruition.

Forrest’s first baby picture had his tongue sticking out. I sent it to my friend, another ER nurse, and she told me he had the ‘Happy Gene.’ When questioned further, she told me he had Down’s Syndrome, just from his photo. She also sent the picture to her mother, an L&D Nurse Practitioner, whom I know and love well. She also agreed with Down Syndrome. I was so angry.

I told my friends they were wrong. It was so hard to take. The loss of the child we dreamed of was so heart wrenching. We cried for days. My family cried with us. My brother, the only sane one at the time, told me, ‘He will be fine.’ I thought my brother was crazy. He reminded me of a friend who had Down Syndrome, who we went to church with as children. He was amazing, kind, and always wanted a hug. He was a wonderful person. Yet, that wasn’t what I wanted for my child. I wanted him to be ‘perfect.’ I was soon to learn to give my dreams and hopes to God. We are all perfect as he has made us.

Fast forward a decade. No major health problems, except a small ASD which resolved without intervention. Ear tubes for Eustachian tube dysfunction. No major medical problems at all. He doesn’t talk much, but understands exactly what you tell him. He never really caught on to sign language, except to say: eat, more, and all done.

Forrest is a silly, playful kid who loves Paw Patrol, Bubble Guppies, and stuffed animals. He always has a hug and a smile. He may not be the child I thought I was getting, but he is a blessing beyond what I ever imagined.”

This story was submitted to Love What Matters by Holly Elizabeth Camarda. You can follow her journey on Facebook. Submit your own story here, and be sure to subscribe to our free email newsletter for our best stories, and YouTube for our best videos.

‘It won’t happen right away, but at some point, your perspective will do a 180.’ Our nurse was spot on.’: Mom shares journey accepting daughter’s Down Syndrome diagnosis

‘Poor thing.’ It’s not something to avoid or pull your children away from at the playground. It’s pure, unfiltered joy.’: Special needs mom advocates for Down Syndrome acceptance 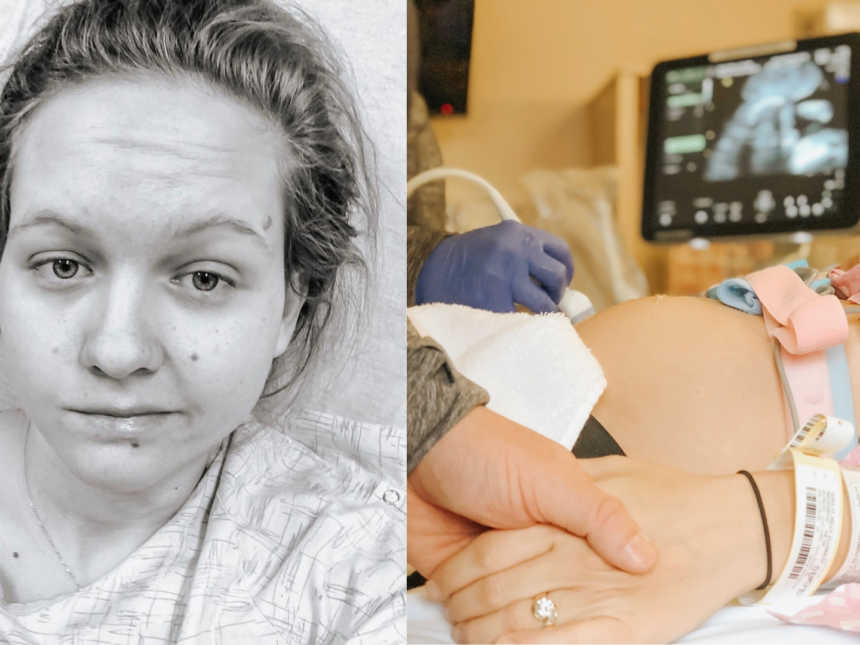 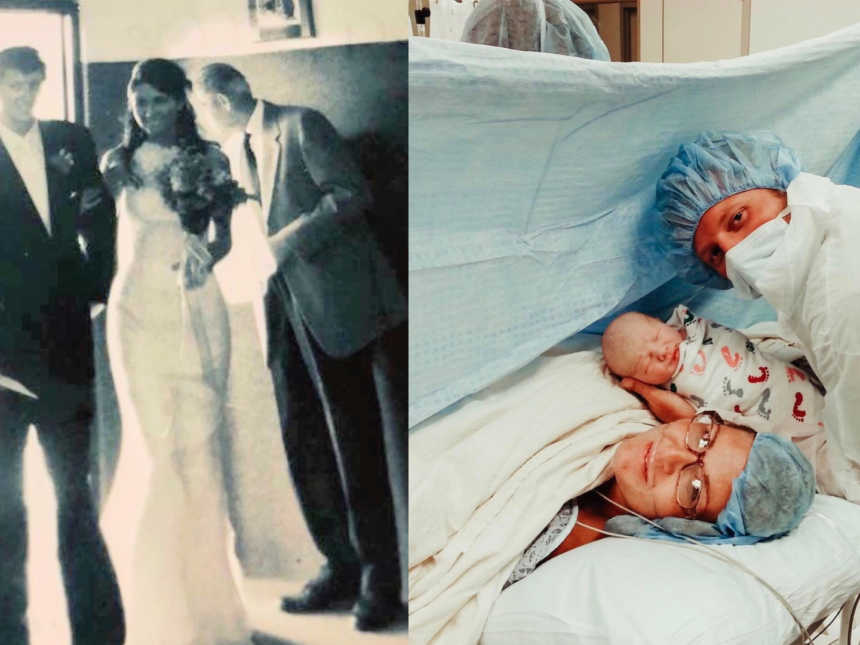