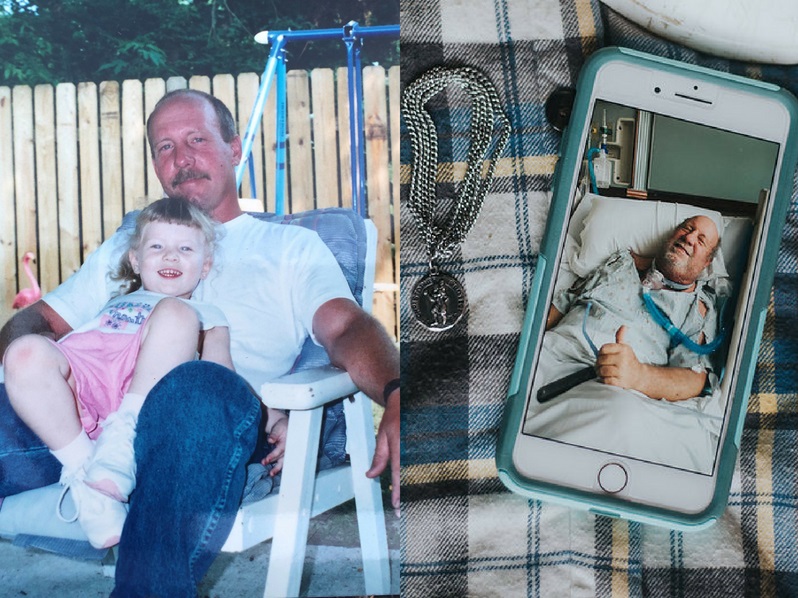 “I never thought my dad would die of cancer.

Growing up, I loved to hang out with my dad. Most Saturday mornings we would go to McDonald’s for breakfast then head to the park or go fishing. He always made sure I was having fun. He did everything he could to make me happy. He would take me shopping, to the beach, or whatever my idea was for the day.

In the beginning of March 2018, my dad was still a hardworking man. In the middle of March, he was diagnosed with cancer. Less than two months later, he passed away on May 6, 2018.

When he called me in the middle of March he told me that he had a ‘little cancer’ and that it was no big deal — that it could be healed with a little radiation. His attitude towards it made me believe this was nothing major to worry about. I was sad for sure, but optimistic that it would be an easy fix. I didn’t realize what the next few months had in store.

The cancerous mass he had in his neck was growing fast. Due to how fast it was growing, he had to get a tracheostomy (a tube put in his airway to allow him to breathe) which also led to him having to get a gastrostomy (feeding tube in his belly). It was really hard seeing my dad with all of these new tubes. I felt really bad that he wouldn’t be able to talk or eat his favorite foods anymore.

The only way my dad could communicate was through writing notes and texting since he was no longer able to speak due of the trache. I spent my next few weeks taking my dad back and forth to doctor appointments and hospitals. He was having a lot of bad complications. I knew my dad would have never wanted me to see him going through anything like this. He knew it would break my heart. The days I spent in the hospital with him, I kept strong and put my emotions aside so that I could be there for him and whatever he needed. I didn’t want him to see my pain, I just wanted to be able to take away his. Reading his handwritten notes was really difficult for me. I wished I could just unhook him and take him home.

I’m sorry about today. It’s been hard on everyone.

I felt terrible because of what he was writing but also optimistic because when he was able to write, it meant that he had enough energy to write the notes. I was relieved he could tell me how he was feeling.

I’m getting uncomfortable and hard to breathe.

Take all my tubes out.

After our last hospital trip, I didn’t know he’d never come home with me again. He had developed a really bad infection and had to be put in ICU. I was more scared than I had ever been knowing that he had this scary infection and not knowing if we had caught it in time or not. The nurses wouldn’t let me sleep there so I had to leave until the next morning. Leaving my dad alone in ICU was really hard, but I had a really indescribable strength come over me whenever I was with him at the hospital. Almost like an instinct to make sure his needs were met to the best of my ability instead of being an emotional daughter.

After about a week in ICU he was able to go to a normal room and was starting to do a lot better — everyone felt so relieved. A few days later, he all of a sudden went into cardiac arrest, but thankfully the nurses were able to resuscitate him. When his nurse called me and told me he was coding I was so scared, I rushed to the hospital as fast as I could just hoping I would be able to see my dad again. The mass had grown 2 times its size since the first night I brought him to the hospital. It was blocking blood flow to his carotid artery. Back to ICU he went. They told us they didn’t think he would be able to recover from the cardiac arrest. I prayed and prayed to let him get better so I could have another chance to talk to my dad.

My dad was sedated in ICU but we worked with him every day while he was in there to get a response from him. I wasn’t giving up. He started to squeeze our hands really tightly and eventually would look at us. It was the best feeling in the world. He was getting stronger day by day, was fully aware and awake and was let out of ICU about 5 days later and moved to a more comfortable room. He was strong enough to start radiation.

Everyone, including himself, was so positive he was going to recover. My dad and I spent those last few days not knowing they would be the last, sitting in his hospital room. I was doing most of the talking and he wrote me notes. I had originally kept all of these notes so I could show him when he got better, because I knew he wouldn’t remember writing them with being on all of the pain medication he was on. The last note he wrote me said ‘love.’ It’s hard to read, but I knew what he was trying to say. As he was writing it, I said, ‘Are you writing you love me?’ He shook his head yes.

The day he was supposed to start radiation he became very pale. I was concerned so I asked the nurses to check him out. They said his blood pressure was dropping and rushed him back to ICU. The infection was still in his body. Nothing they were doing was making him better. His body stopped responding to all medications and was starting to shut down. He was put on life support. He wasn’t going to recover this time, and that was a hard realization to come to. It didn’t feel like this was actually happening.

Nurses started giving me papers about making the hard decision to take a loved one off life support. I remember thinking, ‘I’m only 25, how can this much responsibility be put into my hands?’ My dad was in pain. More pain then I could ever imagine. He was laying there, his body not responding to anything. I couldn’t let him hurt like that anymore. I was able to spend that last week with him and that was a blessing. I knew it was time to let him go and be free of the tubes and the pain. I signed the papers. They took him off the machines and my brother, myself and our spouses held his hands until he took his last breath. We watched the heart monitor go from 100 to 0. It was the hardest thing we have ever had to do.

It honestly doesn’t feel real yet that he’s gone, even though I watched him go through all of that. My son’s birthday party is this weekend and I almost texted my dad to let him know what time the party was. I never thought my dad would die of cancer.”

This story was submitted to Love What Matters by Lindsey Delisle Prosperie of Photos by Lindsey in Buna, Texas. Submit your own story here, and subscribe to our best stories in our free newsletter here. 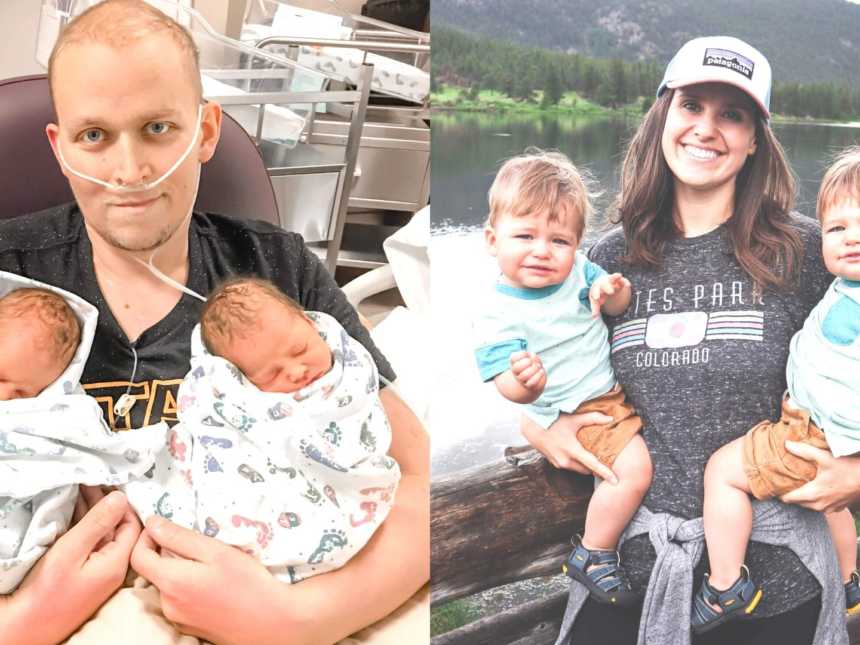