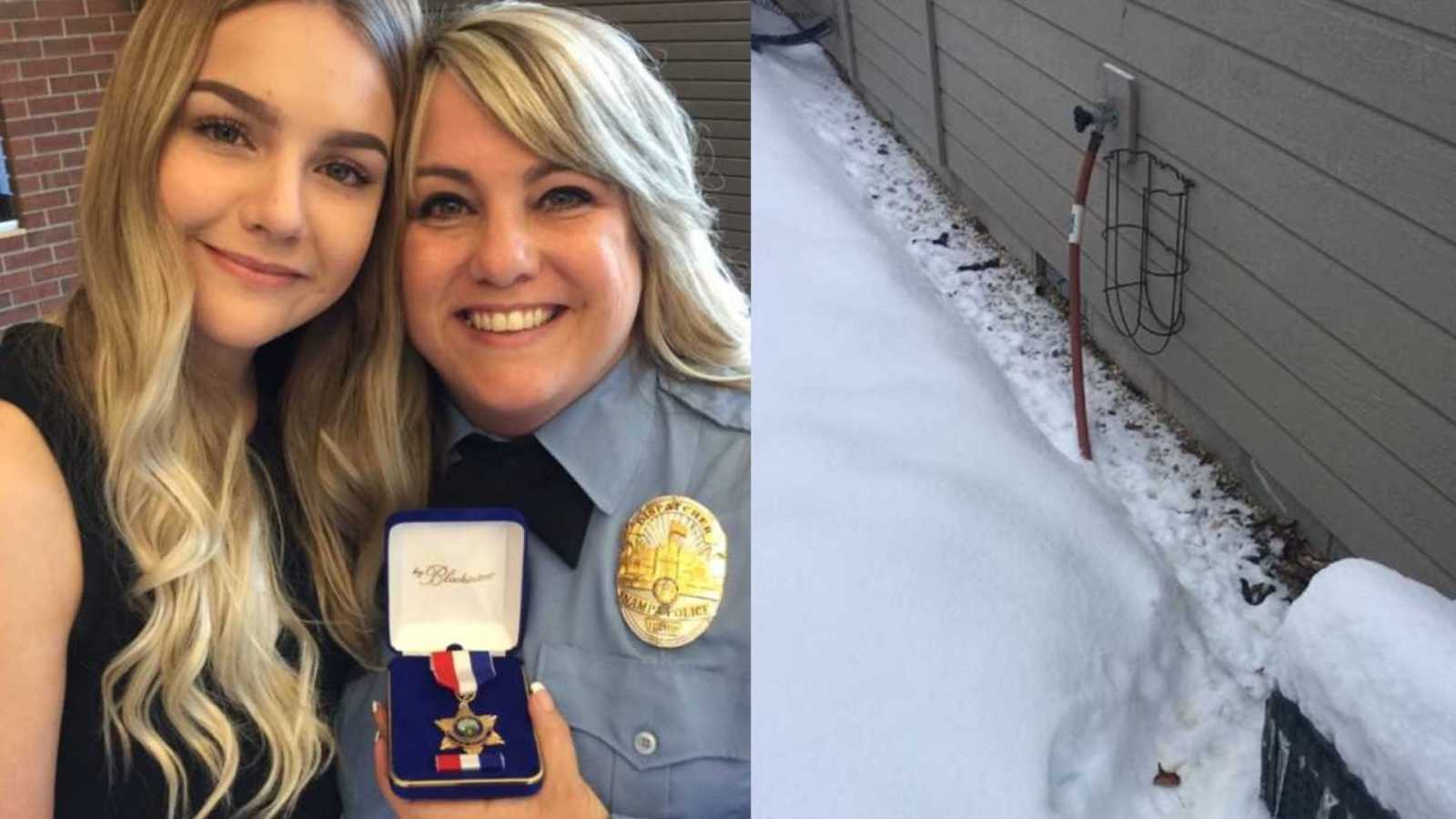 “The smoke alarm in my hallway chirped for two days. Usually right about 4:30 a.m. until it decided to tease us by being quiet just long enough to let us barely go back to sleep. It was easier than I thought to get it down and get a replacement. It was easy enough to figure out how to put it back up. It was easy enough for my beautiful girl with her long arms to reach it.

Sure, it was an easy enough task, but it was a task that I never wanted to learn.

Because, before my husband died, he took care of everything. Before he died, I didn’t have to worry about what the combination was to the safe, or what the password was for different bank accounts or which bills to pay first. Before he died, I never thought about how to turn on the barbeque, or how to start the lawn mower or that I was supposed to disconnect the hoses in the winter. I never thought about how I would need to know what his first pet’s name was to figure out what my bank account balance was.

No matter who was left behind, we both would have had to learn as we go because there is no ‘How to become a widow’ class. Nobody hands us a manual when it happens with all the answers. And, I know what you’re thinking, we should have had those conversations. You’re right, we should have. But, he was 44 when he was diagnosed with terminal cancer. It’s not like we had thought much about it before it happened. We should have talked about it after his diagnosis and before he died but let me tell you this: There was NO way I was having a discussion with him about the things I should know about before he dies because there was NO way I was going to ever make him feel like I had given up hope and was planning his death. So, yes, have the conversation with your spouse before they get sick but please understand how hard it might be for some of us who didn’t.

Please be compassionate to those of us who are learning. There are so many things I don’t know. So many things I never had to know. And because he is gone now, sometimes, I don’t know where to turn. I ask my friends on social media, I ask my friends in person. I ‘google,’ I research. I look things up, and to be honest, as empowering as it can be, I hate every single second of it. This wasn’t the way life was supposed to be. It wasn’t what we had planned. I wasn’t supposed to be figuring this all out on my own. I wasn’t supposed to be playing jokes on our daughter without him here, like putting broccoli in her Easter eggs. He did that. That was his job.

And, as much as I realize I don’t want to learn how to be a widow anymore, the reality is that I am a widow and that is not changing. So, I have two choices as I see it. I can spend sleepless nights with chirping smoke alarms, or I can figure out how to replace them. And some days, I might replace them and be full of energy and good spirits, and other days, I might be tired. I might not feel like it, but I will do it anyway. Because that’s what widows and widowers do. We do it anyway.

I want you to remember this. Once you plan your spouse’s funeral, you can do anything. You didn’t know how to do that before you did it, but you figured it out. And you figured it out in the middle of the darkest moment of your life. Yet, you didn’t give up. You didn’t give in. You didn’t let fear win. You mustered every piece of strength you had and honored that person you loved with all the dignity they deserved. And as you continue in your life without them, you will draw on that strength and do all of the things you didn’t know how to do before. You will learn. You will grow. You will figure it out even when it seems so hard. Because that’s who you’ve become. That’s now who you are. Don’t ever doubt yourself. Don’t question your strength. Don’t ever forget what got you here. People look up to you. You inspire people. You may not know it, but you do. Yeah, I planned your funeral, I got back out of bed, I even started an entire foundation in your honor. And wrote a book about healing in this awful ‘Grief Life‘ I was thrown into. And our daughter is right there beside me, helping carry on your legacy. Because we owe that to you.