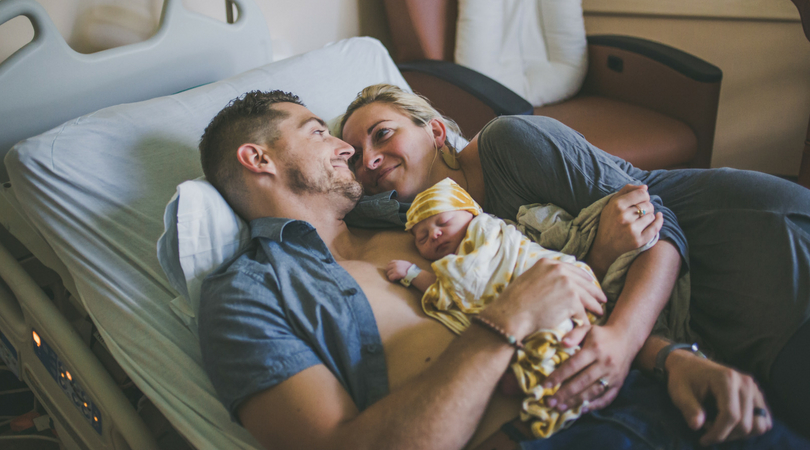 “We always knew we would be parents one day. We just had no idea how our family would be ordained.

When we started dating at the end of college, I remember asking Jeremy what he wanted to do career-wise after graduating. He said ‘I’m not sure yet. All I know is I want to be a dad.’ I remember thinking that was a little different. Every other guy I dated would have answered with some career- or money-driven answer. It was apparent he was meant to be a dad. 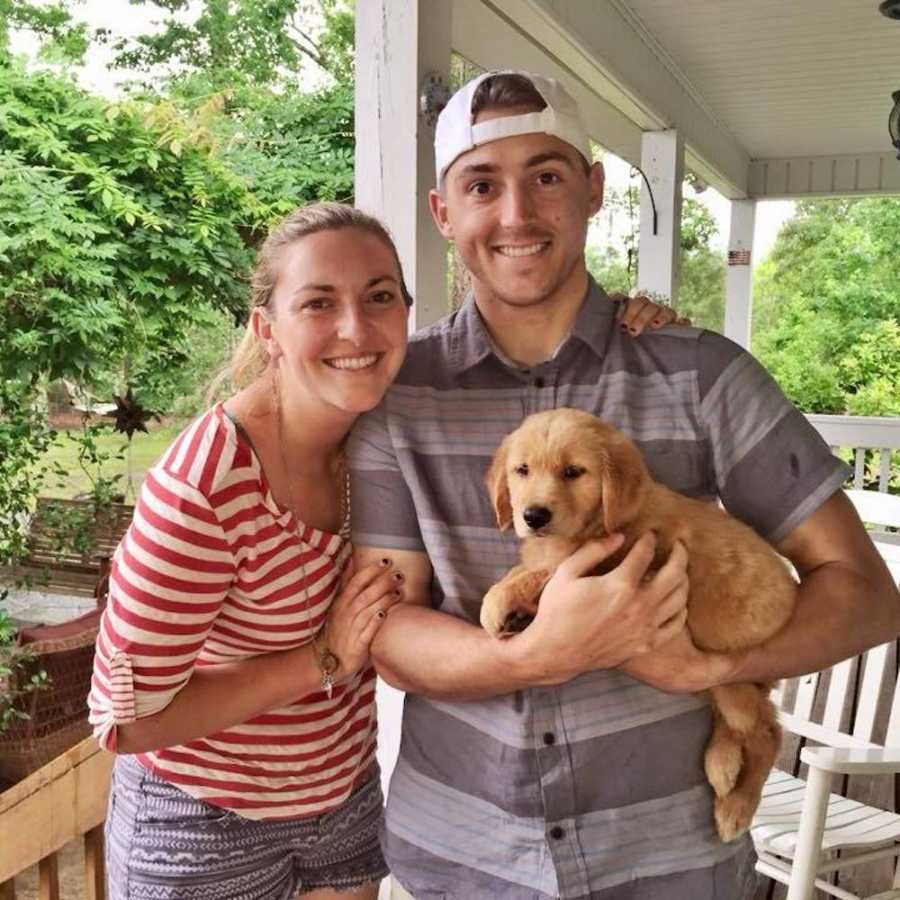 When we got engaged and the topic of having children came up again, I asked him if he would ever be open to adoption. ‘I’m not opposed to it,’ he said. ‘But I think I want to have biological kids first.’ I didn’t argue or oppose. If God wanted us to adopt, He would speak to us at the same time and we would be on the same page about it.

After being married a year, I graduated from midwifery school, we decided to start trying for a baby. I knew I would be pregnant right away because that’s what happened with all of my sisters. A few months went by and I thought, ‘well, that’s ok. It’ll happen when it’s supposed to. I’m young. I’m not in a rush.’ 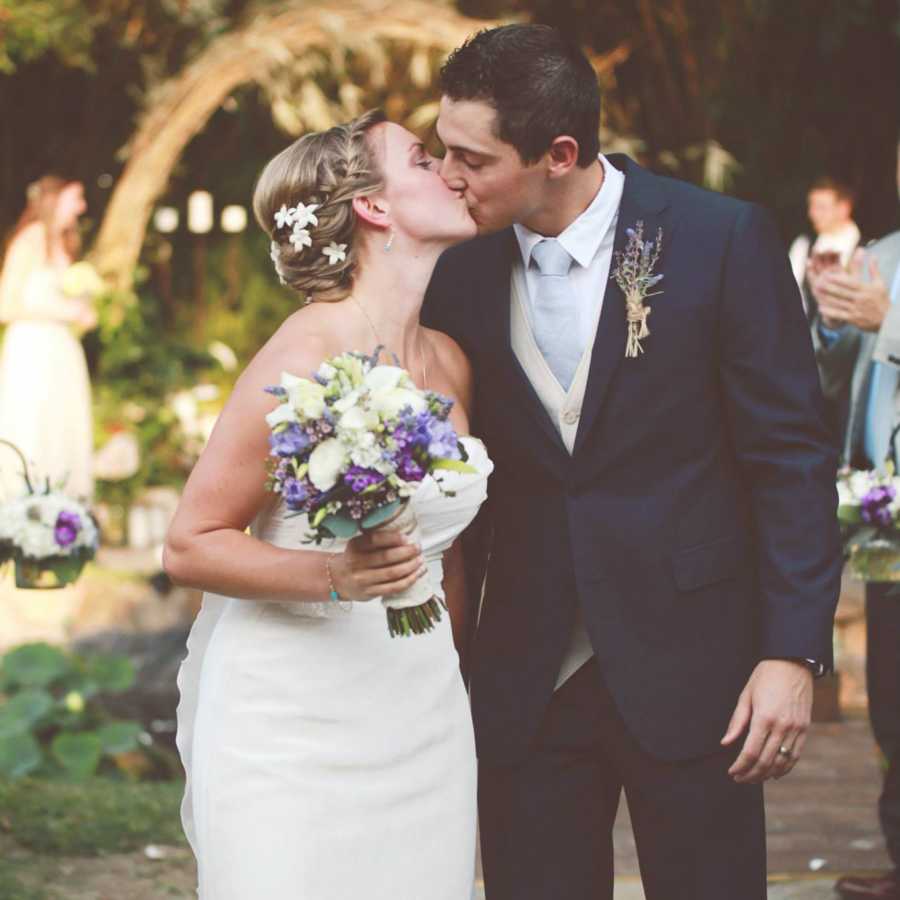 Then a year went by.

I am a birth worker by trade, so I am constantly surrounded by pregnant women and babies. Childbirth classes started to become painful for me. Each birth stung a bit, too. I was happy to serve mommas in their greatest hours, but I also was fighting my own bitterness. Being in this field was a constant reminder of what my body and heart lacked.

After three years of not getting pregnant and all of my friends now pregnant with their second and third babies, Jeremy and I came together and prayed. ‘God if adoption is what you want for us first, please make it abundantly clear. Make it obvious to the both of us.’

It started to get comical. We work from home and travel around the world to teach about essential oils and it seemed that everywhere we went we would run into people who had adopted. People would literally randomly show up at our classes and the topic of adoption would be brought up. Our hearts started to soften, and we started to see a greater purpose in our season of waiting to get pregnant. Maybe God truly wanted us to adopt first! Maybe we needed to step into it with faith and say YES!

In April of 2017, a few of my closest friends flew into town and created a ‘faith room’ for us. It seemed silly at first to have an empty nursery sitting in our home with no baby in sight, but we knew that this act of faith was speaking into existence what was to come. Because you see, I believe that conception for a baby first begins in the heart. Our hearts were yearning. A baby would come eventually. We knew it.

There were so many nights that we cried ourselves to sleep. We wondered if our promise would ever be fulfilled, if we’d ever be parents. Month after month we had to choose gratefulness and choose to hope all over again. Some months I would be the strong one, other months, Jeremy. We took turns feeling all the feels. I would often go into our ‘faith room’ nursery and cry and pray and try to envision what that room would look like with an actual baby in it. It was hard.

July 2017 came around and it had been four years of fertility struggles. We knew we were healthy, and no doctor had ever been able to find a reason ‘why’ we hadn’t gotten pregnant yet. So that summer we decided that we were going to switch all of our energy over to adoption! It was very freeing to give ‘trying’ a break and to fully rely on the plans that God had for us instead. Our hearts changed about adoption, too. We didn’t look at adoption as ‘Plan B’ anymore. We look at it as a privilege, a calling, and something that we were honored to say yes to.

We were sitting on the couch in our living room and felt completely in one accord. We had a spirit of urgency to fill out our paperwork and to DO IT NOW. It felt so real and heavy, like we couldn’t wait a second longer. We learned later that our baby girl was conceived that week, possibly the day, that our hearts united in this decision!! Wow.

By the end of November, we had officially started the adoption process. We hired a consultant from Christian Adoption Consultants and we rushed our paperwork. We knew we needed to hurry. By mid-March, we got the e-mail that we were officially approved for adoption and our home study had been completed. Two days later, we were presented a case for what would be our future baby!

We prayed about it and decided we were going to present to this birth mama. I told Jeremy she looked familiar to me, like I had seen her in a dream before or something. We had only been approved two days prior so none of our profile books had even been printed! We were supposed to print 20 copies and send them out to 20 different agencies. We never even got that far! The deadline to present to this momma was 8am on Monday. That day, at 2 a.m., we e-mailed in our application, a virtual version of our profile book, and a letter to the birth mama.

One week later, we were chosen.

Meeting our baby’s birth mother was one of the most holy and special encounters. We felt like we’d known her forever. We became instant friends and still to this day talk almost every single day. We both had one major thing in common – a deep love for this baby girl. Our daughter’s birth mother chose adoption from a place of selfless love. She chose a life for her that she wasn’t able to give her. She’s shared with us that placing her baby for adoption was the hardest thing she’s ever done.She chose adoption because she felt like she couldn’t give this child the life she deserved. We actually named the baby together. Jeremy and I chose the name Emerson because it means brave. We wanted to tell her story of how brave her birth mama was and how brave she is as a baby. And then her birth mama chose the middle name Faith for her, not even realizing that a year and a half ago we named her nursery the Faith room. Her name means brave, peace, and rest.

It is our honor and privilege to give this baby the best life possible. Her birth mother is strong, selfless, caring and beautiful inside and out. We hope to stay in touch with her so that our baby can know her one day.

Words can hardly describe the feeling in our hearts. Our dream of this baby, our longing, our desire… it’s a beautiful story written by God and we are beyond grateful that He chose us for adoption.

We’ve learned through our waiting period that there is always purpose in pain. And if we continue to choose gratefulness, hope, and love, we will see that God writes better stories than we could have ever written for ourselves.  He chose this baby for us, and us for her. We are in love and our family is complete! Our hearts are full.”

This story was submitted to Love What Matters by Hailey and Jeremy Aliff, 29, of Covington, Louisiana. Do you have a beautiful adoption story to share? We’d love to hear from you. Submit your story here, and subscribe to our best stories in our free newsletter here.