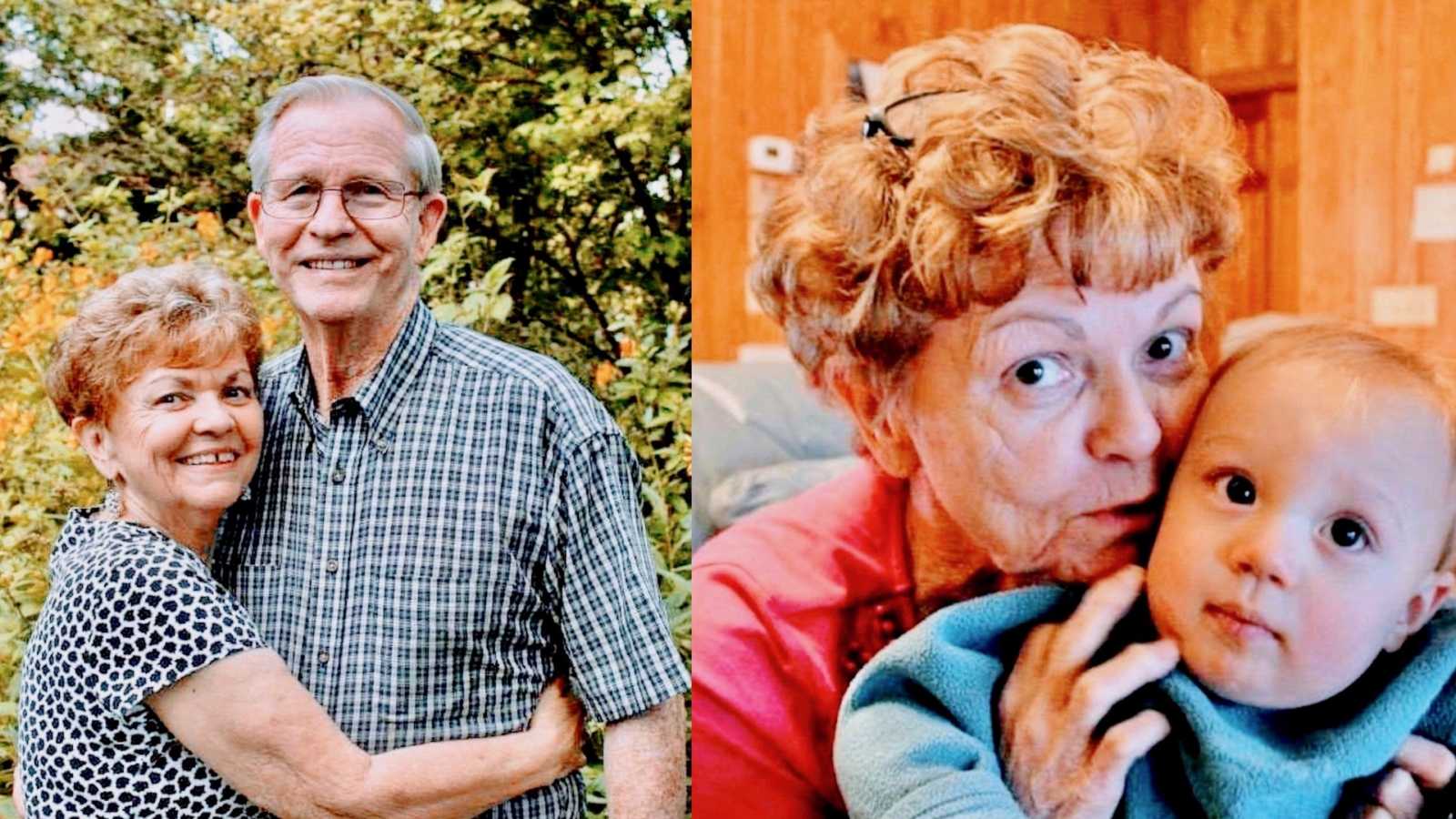 “Alzheimer’s is a dichotomy of extremes. It is the metamorphosis of your strong hold becoming dependent on you for their emotional support, their ability to navigate the world around them, to care for themselves on even a basic level, and eventually to usher them through the process of dying with as much dignity as can be salvaged. Taking this journey alongside children, especially young children, is not a voyage for the faint of heart. However, for the few and the brave who dare to cross into this world the rewards are many, for both the patient and the child, and occasionally even the caregiver.

There are three of us ‘grand kids’, Daniel, the oldest, two and a half years my senior, myself, and Alex a year and a half my junior. We all lived on Grandma and Paw-paw’s farm with our parents growing up. We spent hours playing outside, building forts, running, fishing and climbing trees. My mom home schooled me and my Aunt Gina, the boy’s mother, home schooled them. Three houses span the land that seems to go on for miles, in reality it’s 30 acres or so with a beautiful pond, cattle, ducks, dogs, barns, tractors, and the overwhelming sense that once you arrive and pass the old barn, you are safe. Nothing can touch you, harm you, disturb your happy existence with family, friends, and constant companionship. There is a steadfastness there unmatched anywhere in the world. Reflecting on that feeling now I find myself thankful for it, but also saddened because I know what I didn’t know then. Everything ends.

My first experiences with Dementia were as a child. I occasionally helped my Grandmother, ‘Grandma Gin’ care for her mother in her declining health. We would ride together in Grandma Gin’s little blue Camry the three miles to her house to dish out medicine, clean, do housework and help in the garden. I loved my time with both of them and still regard it fondly. Having a hand in her care allowed me to know her, talk with her, listen to her stories from years past and soak in the culture you can only absorb from older generations. I had no idea these years were a foreshadowing for my life with my own kids in the years to come.

Fast forward a few years after her mother’s passing, Grandma Gin started complaining of the apparent dementia symptoms she said she was seeing in my Grandfather ‘Benny’ while he was busy saying the reverse was actually true, Grandma was the one exhibiting symptoms. Finally, an appointment was made, and they went to their family physician ‘to see who really is the crazy one’ as they so eloquently put it. The Doctor performed the tests you’d expect, ‘count backwards from 100 by 7’s’, stating three random words to see if they can repeat them after a few moments etc. as well as a routine physical.

I was sitting with my mom and my aunt in the living room of my mom’s house when they came in. ‘Well the Doctor said I am crazier than him!’ Grandma exclaimed with a look I couldn’t quite place. We assured them the symptoms were mild and they are still fully capable of living a normal life together.

In my experience the years after initial diagnosis are less like a steep drop in function and more like stairs, drop then hold steady at that level for a while, then drop, steady, drop, steady… During the steady period after we learned her diagnosis and originally noticed symptoms like mild aphasia, forgetfulness, trouble managing a budget. I got married and settled into a new job. At this point Grandma was still driving and for the most part functioning on her own. Acquaintances and friends really couldn’t tell a difference until later.

As symptoms in both Grandparent’s became more apparent it became clear they needed more daily supervision and stewarding. My Aunt and my Mom did a truly remarkable job caring for them and giving them as much freedom as possible. I wish all patients were treated by the example they painstakingly set for the care of their parents, often at the cost of their own best interest. I was pregnant with my third son when I decided to take over daytime care of them three days a week to give my mom a mental and emotional break. You see, a caregiver’s job is mentally taxing, exhausting and requires an amount of background alertness to the patient’s well-being whether you’re in their presence or not.

That year the boys and I went on ‘Grandparent days’. I would pack totes of books or simple activities like puzzles and spend the day there cooking, washing their laundry and spending time keeping them safe and out of trouble. To this day I still get asked how I juggled them all. I don’t want to misrepresent reality with nostalgia so I will be honest when I say there were days it was truly the most exhausting thing I’ve ever done, excepting possibly labor. However, caring for the young and the elderly simultaneously created opportunities for compassion. Doing a simple puzzle with an adult can feel condescending and frustrating for example but, having that same adult ‘help’ a young child with a simple puzzle empowers them with dignity. I’ve heard the care of AZ patients compared to the care of children, in some ways I can see the validity of this comparison in aspects of safety and constant supervision. The thing people miss when they draw this imaginary line between the two is the intention and the outcome. When you care for a child you are teaching them to enjoy books, singing songs, learning new tasks and preparing them for their future. In stark parallel the care of an Alzheimer’s patient is essentially being faced daily with the demise of the person, managing losses both big and small and walking in every single day unable to predict who you’ll meet. There are no survivors, there is no hope, there is no metric for the constant change. You simply roll with the punches.

I still struggle to openly talk about the last months and days of their care. Somehow it feels like a betrayal of their trust and their dignity, maybe it always will. The abridged version is that 4 months after I had the baby Grandma passed away, 6 months later he followed her, and the boys and I were left with invaluable memories and time spent by their sides.

The most common question I get about this period of my life is how it impacted the kids. This is a valid question and an important one to weigh if you’re considering embarking on a similar journey. I can honestly say I am glad we did it, I have regrets but not enough to outweigh the good. I largely credit my oldest son’s empathetic nature to this season. He could pick up on their needs and wellbeing within seconds of walking in. I would be still setting down bags when he would tell me (at 5-6 years old) that one or the other seemed extra anxious that day and recommend I help them with meds. They remember them more than they would have if I hadn’t spent so much time stewarding them together, if I had backed away from the challenge we would have missed out on the last remnants of good.

This story was submitted to Love What Matters by Katie Bryant, 31, of North Caroina. Follow Katie on Instagram here and Facebook here. Do you have a similar experience? We’d like to hear your important journey. Submit your own story here. Be sure to subscribe to our free email newsletter for our best stories, and YouTube for our best videos.

‘He obviously doesn’t want to be touched.’ She huffed away, muttering that he was rude.’: Mom insists it’s ‘creepy, awkward’ to touch children without their consent, ‘I wasn’t the rude one’

‘I found out devastating news. She’s in jail, permanently lost custody because she’s an addict. Crystal meth.’: Mom too wrapped up in her own ‘self-loathing’ to see past friend’s ‘mask’ of why she was so thin 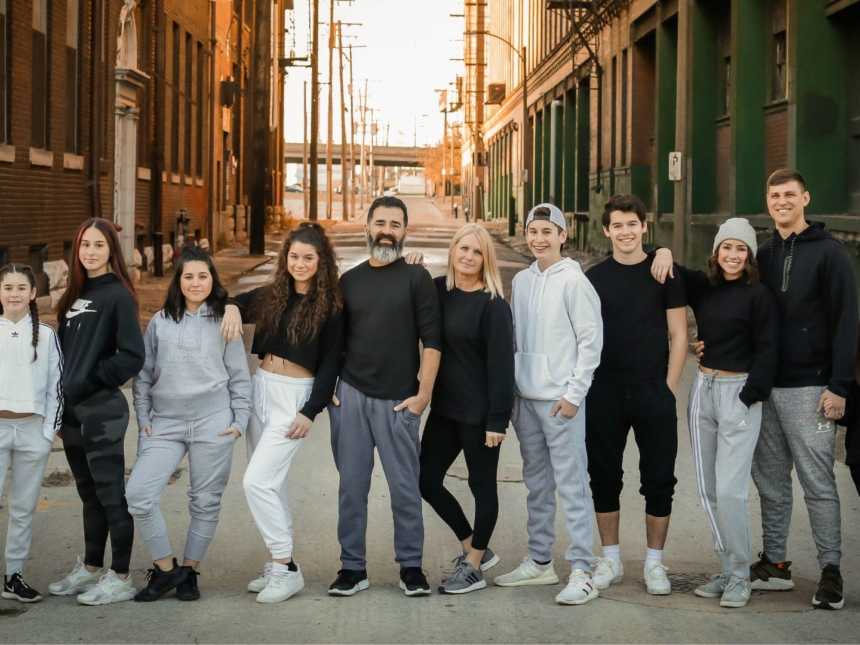 ‘Who is going to pay for them?’ The years brought 7 more kids. ‘Are you crazy?’ Maybe.’: Mom chooses to have large family, ‘We had less money, but more love’

“The amount of rude comments were astounding. ‘Don’t you know how that happens? How do you afford them? We couldn’t figure out why everyone saw having a big family as a negative.”