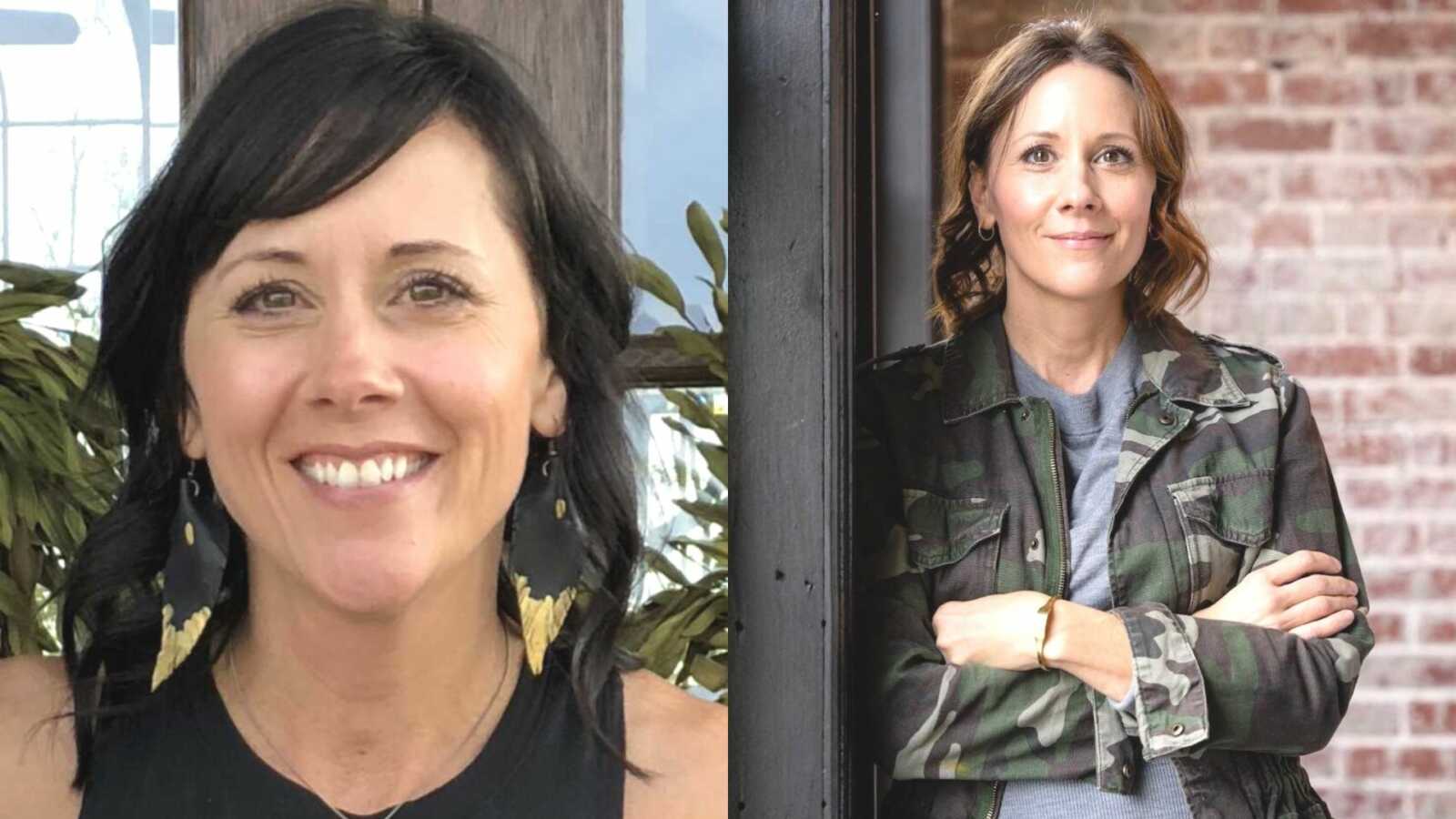 “You know when you haven’t heard a song in years—maybe even a decade—and it comes across your heart’s radar, and you wonder how you ever forgot it? And as soon as it comes on it takes you back to a space that you held sacred at one time? And all of a sudden, the song on the radio and the song of your soul become the same song?

Yeah, that happened to me last night.

I was making dinner and randomly turned on a Nanci Griffith station. As soon as the folk singer began to introduce the story of her song, I was 19 years old again. The thing is, the story of her song and my 19-year-old self’s story had very little (if anything) in common. But it teleported me back to that age, that place.

It did not remind me specifically of a love.

It did not remind me of a friend or even a special memory.

It reminded me of the girl I was 23 years ago.

So much so that it was she in my kitchen making dinner last night.

And I sort of hovered above her, wishing she and I could talk.

And then we weren’t in my kitchen anymore.

In an instant, we were sitting across the table from each other at my favorite college town coffee shop.

I scoot up close to the table to see that Melinda. She is smoking (and has already had way too many cigarettes for one night) and she’s flipping back and forth between her stacks of poetry and her beginning-to-take-shape notes for a paper due tomorrow.

She looks up from her work to talk to the strangers at the table beside her and although she’s chatty, she has yet to find her true voice.

Continually distracted, she scans the room. She has more caution than curiosity. Does she fit in?

She hasn’t dressed herself with much consideration because she has no idea either that she is at all attractive or that she could express herself creatively through fashion. What is she hiding?

She wants to stand up and sing at the café’s Open Mic more than anything, but wouldn’t dare without the encouragement of a few cans of Coors Light, and tonight was not the night. Maybe next time.

She wonders when one of her friends might roll in to join her all-night study session. Any one of them would make the time less productive but much more enjoyable. They were mostly outsiders, an assortment of anti-sorority chain smokers, fraternity boys she played mama to, trust fund baby 12-steppers, and campus ministry cuties. And most of them never intermingled.

She believes in a boy who will burn her heart’s house down to the foundation. What if he dropped by?

‘RUUUUUNNNNN!! As in AWAY!!! As fast as you can!!!!’ And then I’d lower my voice and lock eyes with that insecure girl and plead with her,

I was jolted out of the memory and the peek in at my younger self.

Like when you wake up from a terrible dream.

But I didn’t want to leave her there.

But this time, she could see the ‘now-me‘ too.

I sort of clumsily introduce myself to her as someone she will know someday.

I square up to her, capture her attention with a kind but urgent gaze.

Even though I can’t save her from what is coming, I at least want her to know to hold on tight to her heart through those things. That even though it would break, she wouldn’t. Even more, I want to tell that girl self messages so that my older self to come would somehow know them too, hoping that time and space could somehow encapsulate the messages and the right me would get them at the right time. (Stay with me, I get that it’s a wild ride.)

‘This may not make any sense right now, but you need to know a few things.

You will (eventually) stop smoking but you’ll be tied to other habits. It’s just your personality. Make them good habits. The bad ones will not hold you forever. But stop playing with fire.

Those stacks of poetry and paper notes will eventually evolve into an even truer extension of yourself. For God’s sake, keep a hard copy as a backup. And don’t take those really long breaks in between now and ‘one day’ before you tell your stories.

Stop talking just to get people to like you. They will or they won’t. You’re really exhausted when you fully begin to understand this down the road, but you catch it before you melt away altogether.

You don’t fit in. Ever. But it turns out no one really does. Here’s the good news: You Belong To One. And even to a few people. And they’re really beautiful, true people who are rare and shiny, but not like in the fake gold shiny kind of way. Like in the really good stuff kind of way where light radiates from them. And they love you well.

Clothes do not make you. But you can’t hide behind them either. You are beautiful. Dress like it. Not too oversized like a cape of shame and not too showy. They are both shame suits. And you’ll eventually stop operating (at least most days) from that source. Just put on what makes you feel good. And, also, you’ll come to understand that we are all beautiful. And that will change e v e r y t h i n g.

On singing. You will. Actually, you have to. You’ll forget the words the first time you sing in public after you come out from behind that fear that’s keeping you in the seat tonight. And people will quietly but graciously gasp. And you’ll be embarrassed. But you’ll survive. And then your voice will eventually take flight. And you will w o r s h i p with it. No matter what song you’re singing.

Your friends are still a motley crew. From company presidents to felons. For real. It will be one of your favorite things about your unfolding story. Keep treating people with the same love we are all looking for. Be grateful that something clicked in you long ago to love all sorts of hearts. It’s what matters the most in all of this.

It will take you a long time to run away from that boy. And you don’t until your heart’s house has been burned almost completely to the ground. But…barely intact, you’ll find your running shoes, hesitantly put them on, tie them on tight, and set out.

And you will run like hell. Away. And then toward…your emerging you. Who will eventually become me.’

At this point, I was holding my 19-year-old face with my 42-year-old hands and tears were streaming down both of our faces. We sat there for a moment in silence. And then the sound of my real life in real-time broke into that moment. And my now self reentered the kitchen. And finished making dinner. And shared stories and laughter as my now-self, with my now-people, in my now-life.

After the girls were tucked in and my Love was working at the dining room table, I put that Nanci Griffith song on repeat, soaked in the tub, and replayed that coffee shop conversation over and over in my mind.

I loved that young girl.

But not nearly well enough.

I will, in her honor and for her white-haired self to come, do better about loving this now-self.

I wonder what she and I might talk about in a few years….”

This story was submitted to Love What Matters by Melinda Hardin from Shelbyville, KY. Follow her on Instagram and Facebook. Submit your story here, and be sure to subscribe to our best love stories here.

‘Don’t over-pluck your beautiful eyebrows. Stop trying to fight your weirdness. You don’t need to impress anyone.’ Woman’s advice to her younger self she’s now using in her 30s

‘Stop crying tears over the group that doesn’t want you. Stop pleasing everyone. Stop thinking invitations from cool kids will make you feel complete.’: Woman’s encourages her younger self to ‘know you create your own happiness’

‘I don’t fit in. They don’t really want me there. I wonder why I wasn’t invited. I walk up to a circle of people and don’t know whether to force my way in or hang on the outside’: Woman’s realization on ‘fitting in’