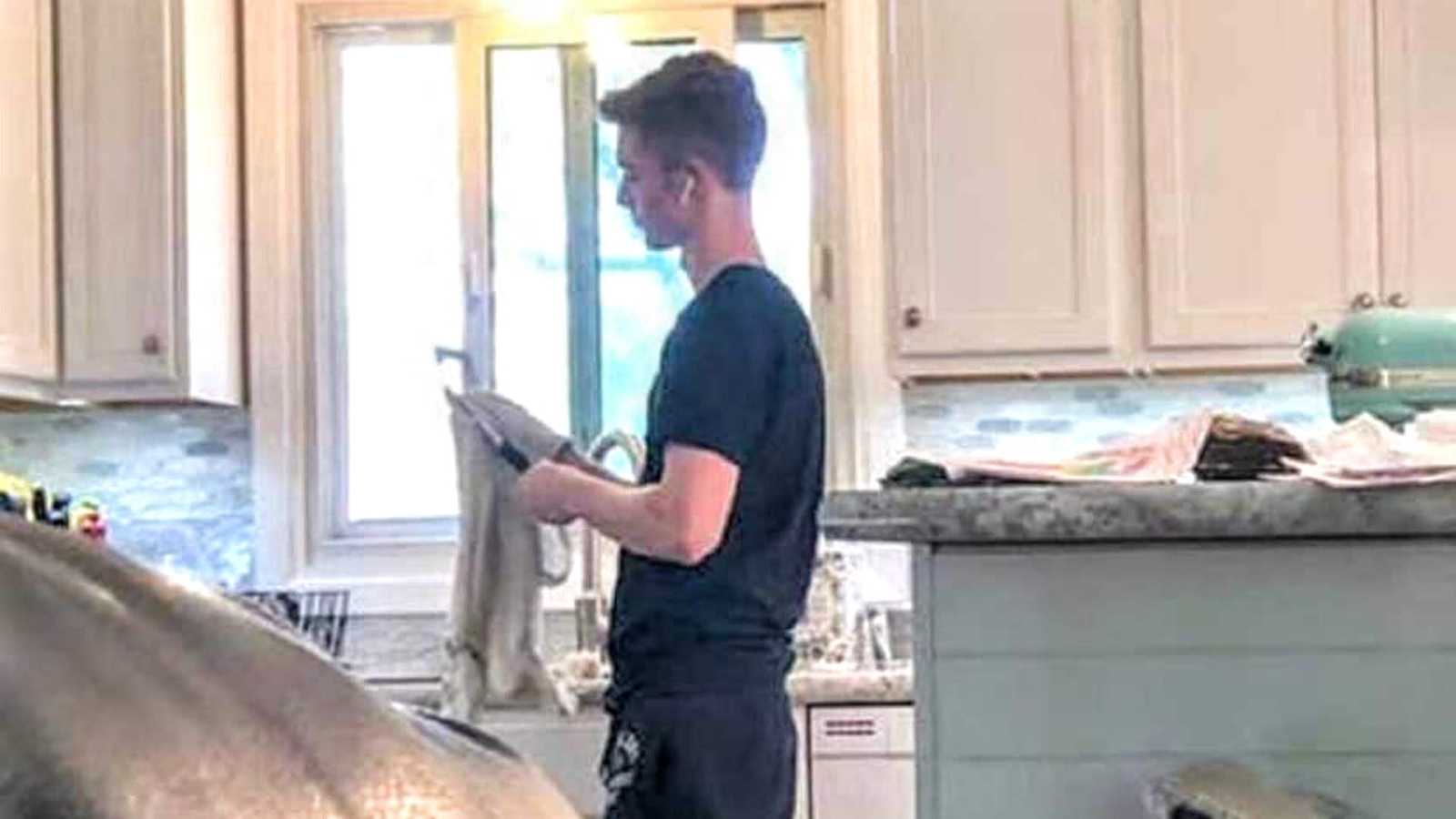 “Once upon a time, there was a stepmom who had an idea about what it meant for her stepson to participate in household chores every once in a while.

One of those times, that chore was to sweep the leaves off the front steps.

By his response, you would have thought the stepmom had just ruined her young stepson’s life, or perhaps had asked him to polish a freight train with a toothbrush.

As the stepson got older, there were other things she asked him to do every once in a while, to help out. They were always age-appropriate and never all that overwhelming or time-consuming. Yet, he often balked and resisted. Sometimes his dad ended up helping him out.

As he got more independent and busier with school, the stepmom didn’t really expect him to help out with chores during the week, but she did have one request, and that was that he put his dirty dishes away instead of leaving them on the table.

Despite being reminded, he usually forgot in his mad dash to grab his keys and rush to school or over to a friend’s house.

She worried her stepson would never learn the value of taking care of things, the value of helping others out, or being aware of his surroundings.

One day, the stepmom and her husband decided it would be better for everyone (but especially her sanity) if he was the one to enforce chores and find a solution to the dirty dishes issue.

So, the dad told his son if he forgot his dirty dishes and left the house, Dad would set them on his desk for him to put away later. If Dad wasn’t home, the stepmom would do it. The stepson agreed it was fair.

And slowly, albeit very slowly — we’re talking over many years — the boy learned to glance around to check to see if his dishes were left out. He started doing his chores without complaining. He started helping when he was asked, AND even helping once in a while without being asked.

And he did it with a positive attitude.

Part of the change was the consistent expectation he had been given, part of it was his maturity, part of it was that we always acknowledged him and gave him praise when he did help out.

Then, one day, one very special day, this happened:

The stepmom looked over from where they had been watching church online on Mother’s Day, and she saw her stepson happily washing and drying the brunch dishes.

So, she gave him a big smile and told him how much she appreciated it. He gave a little half-smile back.

Over the years, the stepmom learned that people grow.

She learned the way an 11-year-old acts is probably not how they’ll act at 19-years-old. She learned that giving a little direction and a lot of praise goes a long way, but nagging doesn’t.

No story in life is ever finished. Sometimes there will be let-down moments after there have been good ones.

Habits formed become habits forgotten, and you have to start over. And that’s okay.

Life as a parent is a process of growing…

And it’s taking a moment to celebrate the moments that, once upon a time, made us a little crazy.”

This story was submitted to Love What Matters by Heidi Farrell of Not Just A Stepmom. You can follow her journey on Facebook and Instagram. Submit your own story here and be sure to subscribe to our free email newsletter for our best stories.

‘Did she want another woman in her life? I waited to meet my stepdaughter for the very first time. My heart pounded as she stepped in the car.’ Woman explains there’s ‘nothing natural about a blended family’

‘My pregnancy crushed my stepkids. The mom and dad they’d known were gone, and now we were bringing a baby into their lives.’ Mom feels ‘remorse’ for bringing child into ‘complicated’ home

‘She slipped her small frame into my son’s skinny jeans. It was cute, but sad. My heart broke.’: Woman details mother-in-law’s journey with Alzheimer’s, ‘her mind and body are slipping away’