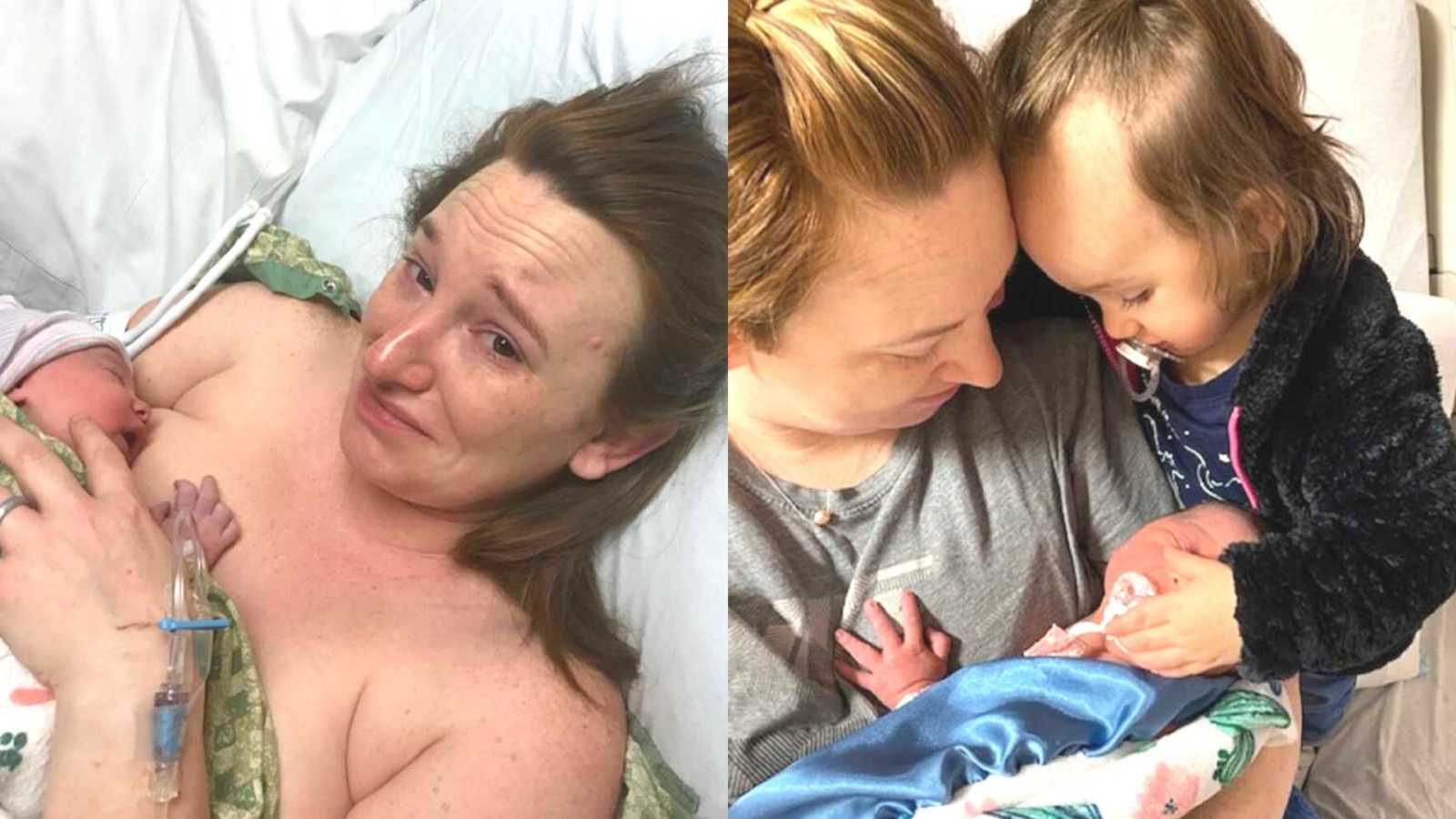 “‘You may as well give up now, I don’t think it’s going to happen for you.’ Was he serious? After we had spent all that money, all that time? We had done everything he told us to. I thought he was supposed to be some top notch specialist? His diagnosis was ‘Unexplained Infertility,’ but it wasn’t the first time I heard it. I heard everything from ‘You aren’t ovulating,’ to the ‘Your uterus is T-shaped and tilted,’ to ‘Your PCOS is a factor,’ but no one could tell me for SURE why I couldn’t get pregnant. Our first doctor, we’ll call him Dr. Cocky, boldly told me at my first appointment ‘Give me six months and I’ll make you pregnant.’ Well, six months, many ultrasounds, lots of testing, 5 rounds of increasing Clomid doses, countless ovulation predictor kits and 5 negative pregnancy tests later, and he ended up referring me to a specialist. Not so cocky now, are we? The specialist put me on medication they give cancer patients called Letrozole which was supposed to make me ovulate, all while still keeping me on Clomid and giving me HCG or ‘trigger’ shots to spur on ovulation.

But still, month after month, nothing was happening. Every ultrasound of my empty uterus and hearing him say, ‘Looks like we need to give it one more month,’ pushed me further into depression. I vividly remember the day I finally had a breakdown and decided I couldn’t handle it anymore. I was sitting in my car with tears streaming down my face after yet another disappointing appointment. I felt like maybe I was being punished, or God knew I wouldn’t be a good mother so I didn’t deserve children of my own. I spent a lot of time feeling lost and broken. I was trying to convince myself we had a great life, and I should be blessed to have my five amazing stepchildren, but a piece of me was missing.

My husband was so amazing during my dark days. Together we planned all these grand adventures we would take after our youngest graduated high school. We wanted to see and do everything we could on our bucket lists while we were still young. But I would have traded all of those dreams to have a life growing inside of me, or to kiss my newborn’s sweet face. I kept wishing he could understand what I was going through, but he already had his own kids so he couldn’t truly understand. I would be okay for a while, and then someone would post a pregnancy announcement on Facebook with their cute little ultrasound photo and I would lose it. I managed to somehow put on a brave face and tell them how happy I was for them, and I really was, but I was always crushed as well and it made me hate myself. But like my Mom has told me since birth, I ‘put on my big girl panties,’ and somehow pushed through as I watched all my friends become mommies. I showed up to every baby shower and gender reveal with a smile on my face and a gift in hand. We had no idea the course of our entire lives was about to change.

We went on an anniversary trip for our sixth anniversary to regroup and just focus on us. I remember being so tired and sleeping a lot on the trip. We brought some of our favorite wine but I couldn’t drink it, it tasted like it had gone bad. The same happened with our favorite Chinese place. I thought I had caught the flu or a stomach bug, but we made the best of the trip. When we got home Eric and I were laying in bed the day after our sixth wedding anniversary, December 10, 2017, and he asked me when I had my last period. ‘I don’t know, what does it matter?’ I hated that question, I was already angry he asked. But he kept on and then I realized why he was asking. Angrily I stomped to the closet and grabbed a test out of my stockpile I had hidden away, ‘Fine, I’ll take one, but you already know the answer.’ I was so angry, I took so many over the course of our marriage and every negative broke me just a little more, didn’t he see that?

I threw the test on the bathroom counter and washed my hands. And then I saw it, surely there weren’t two lines? Maybe I grabbed an ovulation test instead? Nope, it says HCG test. ‘Oh my god, it’s positive.’ I went screaming into our room where he was putting away laundry and tried to hand him the test. ‘I’m not touching it, you peed on it.’ And then it hit him, we were pregnant. Just to be sure he ran out and bought two more tests, both came back positive immediately. The next day I had my boss send me for a blood test which came back positive as well. I was cautiously optimistic until we had our first ultrasound and I saw my baby moving inside of my body. Hearing the tiny little heartbeat for the first time was the greatest day of my life!

I spent the next seven months in a blissful haze of doctor’s appointments, specialists (you know, because of my advanced maternal age, thanks doctors.) I was given a beautiful gender reveal and baby shower by the most important women in my life and we finished her nursery two days before she was born. On August 1, 2018 I gave birth to the most perfect 7lb 8oz little girl. We named her Clara Grace after my grandmother and my great grandmother. The moment they placed her on my chest the missing piece of my heart was filled. I will never forget watching my husband or my parents hold our daughter, I was so humbled. I also was no longer a statistic. We had done it, we beat infertility.

But little did we know, life wasn’t done with us. The next summer we knew we had managed to complete our family so my husband scheduled a vasectomy, which I wasn’t thrilled about, but I agreed it was the best option for us. We got everything ready to go on a big summer vacation with my parents, my sister and her husband. The night before we left we were grabbing some last minute things at Target and I casually threw a pregnancy test in the basket. ‘What’s that for Mom?’ the kids were asking, and Eric was looking at me like I had two heads. ‘I’ve just been feeling a little off lately and just want to be sure.’ I didn’t really think it would be positive, but we were going on a cruise and I wanted to enjoy it. Ha. Sure enough, it was positive. Seriously? Our daughter had just turned ten months old! When I brought the test out to my family my youngest son said ‘Mom it’s not official until you get three positive tests.’ Not sure where he got that, ha ha, but the joke was on him. Two more positives the next morning and he had his three, it was real!

I just gave birth to our second perfect daughter Kaysie Jane last month. She was named after a good friend of mine who became an angel too soon and my favorite author Jane Austen. She was 7lbs 10oz of pure perfection. I couldn’t control the tears as my husband placed her on my chest. My surprise last baby, she was the final missing piece. I now have two babies in diapers, one in middle school, two in high school, and two who are grown and out on their own. Our life is crazy and hectic but it’s everything I ever wanted and I couldn’t be more happy. Infertility didn’t beat me, I beat it TWICE. I never thought I would get to be a Mom, let alone to seven of the greatest kids on the planet. But I am and seven is the Number of Completion.”

This story was submitted to Love What Matters by Jenne Bejaran. You can follow her story on Instagram. Do you have a similar experience? We’d like to hear your important journey. Submit your own story here, and be sure to subscribe to our free email newsletter for our best stories.

‘Millions of dollars later, we’re finally home. I get to spend each day with the most amazing 14-pound child imaginable. Dammit, Baby B.’ Family’s amazing journey to overcome infertility

‘Her intestines are twisted like sheets in an overstuffed washing machine.’ You could cut the silence in the room with a knife.’: Mom survives nearly-fatal child birth, daughter with Functional Short Bowel Syndrome beats death multiple times 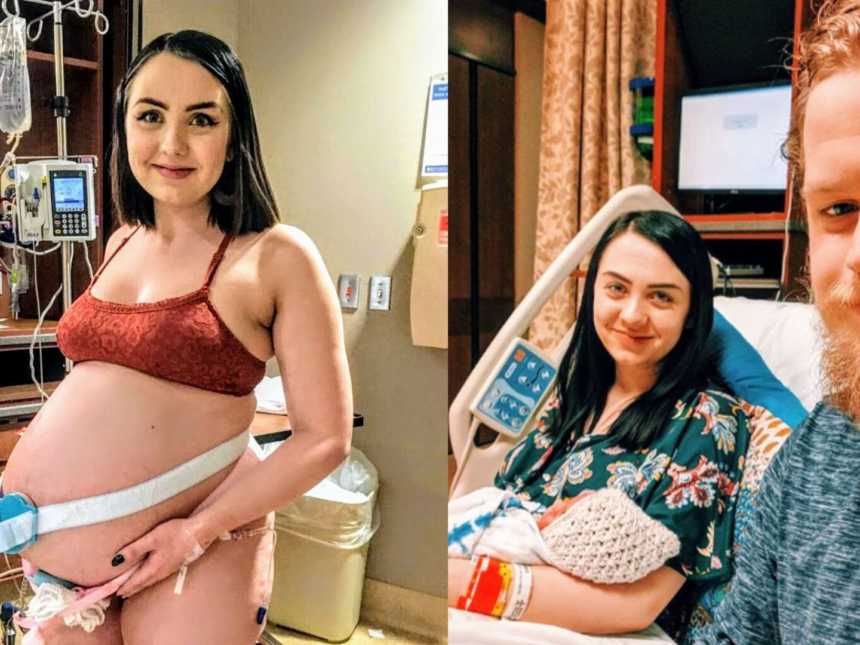 “At 18, I’d miscarried 3 times. Here I was, at risk of losing another baby. My OB said, ‘Your plan was to have a baby and bring a baby home. I know you still want that.’ Each month, I counted his kicks the way kids count raindrops on a car window. I texted my mom, ‘I can’t do this. What if I’m making a mistake?’ It was go time. I closed my eyes as tight as I could, clenched my teeth, and pushed.”