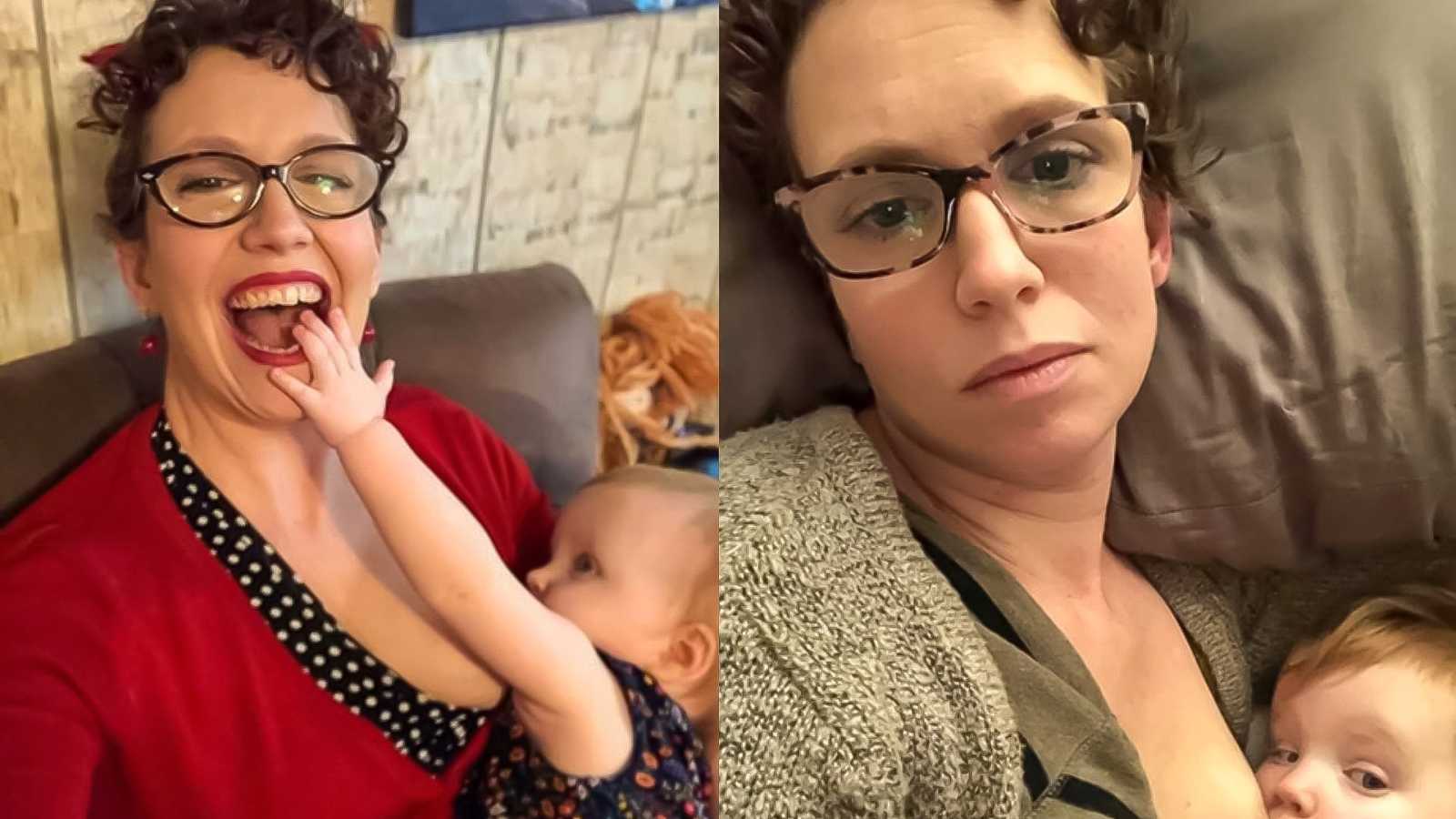 “For those concerned about teen boys seeing breastfeeding…

May all teenage boys (and girls!) witness breasts being used to feed babies! May they see them in full uncovered glory. As just another part of normal and uneventful nurturing baby care. In public, in homes, EVERYWHERE. Just like they see hands wiping noses, lips giving kisses to little injuries, arms embracing small ones in need of care, feet running after dashing toddlers, and voices gently comforting frightened children.

Anything can be sexualized. Everything already is. Sex sells. Marketers have found a way to make the most mundane sexy. That really doesn’t mean we can’t handle seeing these things in their multifaceted realities.

May ALL teens see breasts whipped out in public to care for infants and small children.

May it ruin some of the mystery of titties for them. May it challenge the idea that breasts are solely for the sexual pleasure and gratification of others.

May witnessing breastfeeding make seeing breasts in pubic being used as the owner of the breasts themselves deems fit in caring for an infant or small child NOT A BIG DEAL.

May it be so common place for teenagers to witness breastfeeding that they pretty much STOP NOTICING.

May encountering boobs feeding babies throughout their childhood and teen years make them champions of breastfeeding and understanding partners, coworkers, and friends when they are adults rather than adversaries contributing to barriers in breastfeeding and parenting.

May seeing breastfeeding help undo the over-emphasis on the sexual nature of breasts and dismantle the systemic objectification of those with breasts.

Teen boys are quite capable of learning and understanding that babies are fed with breasts.

They are also more than capable of learning that body parts can serve multiple functions including nurturing, sexual enjoyment, and functional. They manage with lips all the time. They are more than their hormones.

As the mother of teenage daughters, I wish society was willing to expect more of teen boys because they are capable and if we teach them better and expect more of them, they will absolutely rise to the challenge. Frankly, that will go a long way in making my daughters safer.

As a person with breasts, I wish society would stop reinforcing the manufactured idea that breasts and using them to feed babies is scandalous.

As a human being, I wish society would stop dehumanizing those using their breasts to feed their babies and the boys and men that may encounter that and recognize that we are all more than our body parts and our sexual urges.

As a former teacher of teens, including teen boys, I wish that society would stop assuming the worst of them.

Maybe, just maybe, if we all saw breastfeeding as teens we’d have a more supportive society for breastfeeding when they become adults.

Teens get a bad rap that’s really just adults projecting onto them and not understanding normal human development. They get it. They can understand. They can handle it.”

This story was submitted to Love What Matters by Jessica Martin-Weber of The Leaky Boob. Follow The Leaky Boob on Instagram here. The article originally appeared here. Submit your story here, and be sure to subscribe to our best love stories here.