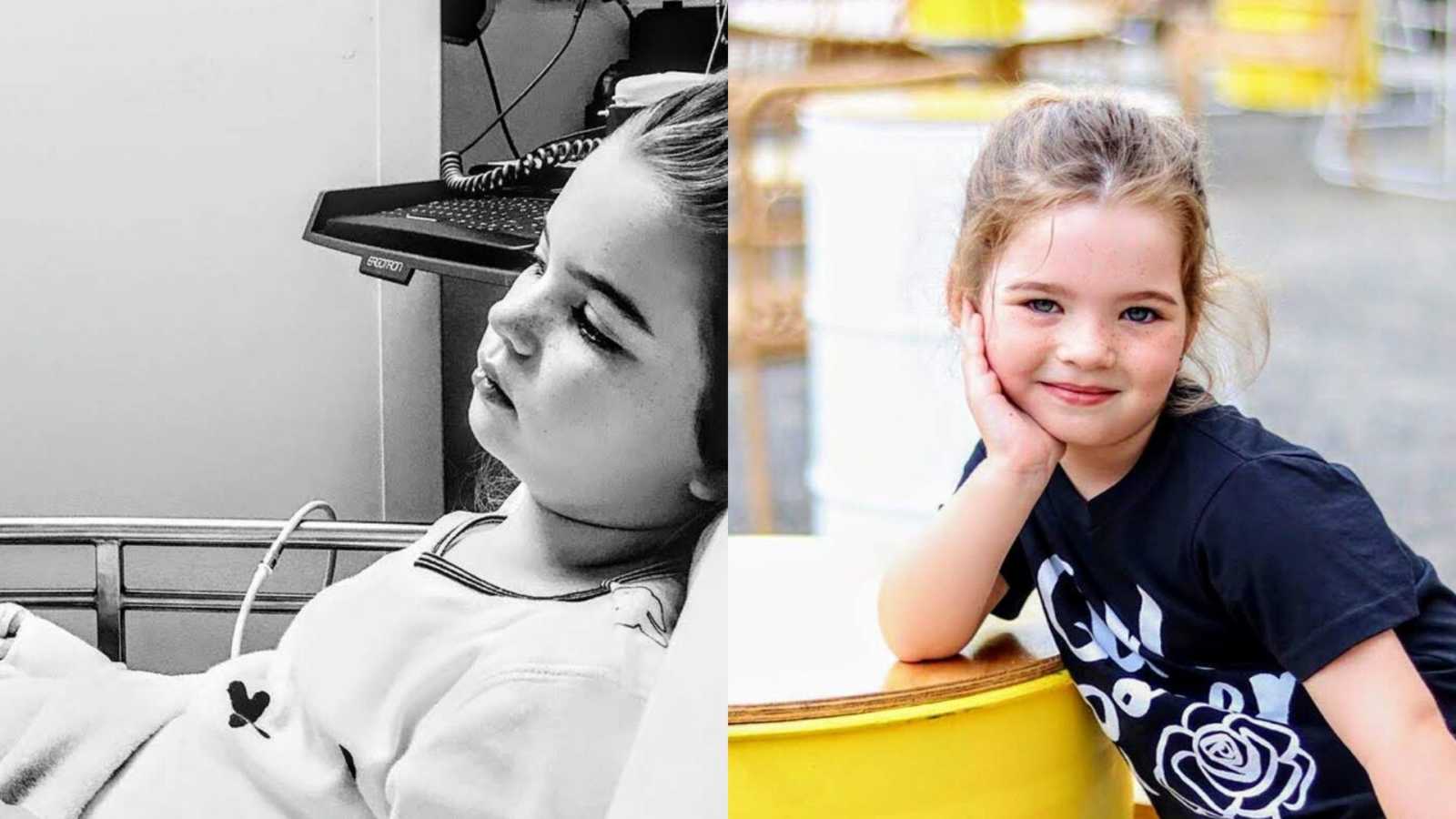 “I ignored my gut instinct and put all my trust in what doctors were telling me (because how could so many doctors get it wrong?) and it could have very well cost my daughter her life.

I didn’t think twice about giving my 3-year-old popcorn. She had eaten popcorn before; all my kids have grown up having popcorn in their lunchbox.

I had no idea how dangerous it is for young children to aspirate, or that children under 5 shouldn’t have popcorn at all.

My 3-year-old was happily sitting on the lounge chair eating a bowl of plain popcorn when she coughed and choked a little. I didn’t think anything of it and gave her a drink of water. Within minutes, she developed a cough and started wheezing.

We watched her, and over the next 30 minutes her wheeze started to get worse, so we decided to take her to the emergency room. When she got there, her wheeze was quite scary, and she had loud stridor (which is a high-pitched whistling sound when breathing).

Thinking back on it, I should have called an ambulance, but again I didn’t realize the seriousness of it at the time.

She was rushed into a resuscitation area where a team of doctors were trying to figure out what was going on. I told them about the popcorn incident and explained what had happened soon after.

They immediately administered steroids, adrenaline, and started her on Ventolin bursts.

I kept bringing up the popcorn incident, but the doctors and nurses didn’t seem to think it was connected because she was responding to treatment.

She was admitted to hospital until she could go 3 hours without Ventolin, which took all night. They released her the following day with the diagnosis of a ‘sudden onset of asthma.’

A few days went on and she had a terrible wheeze and was struggling to breathe once again.

I took her back to the emergency room and she was seen by another doctor. When I mentioned the popcorn, he said it could very well be that she aspirated popcorn but unlikely, because she was responding to Ventolin.

I asked if we could get an x-ray done to rule out the popcorn, but I was told it wouldn’t show on the x-ray so there would be no point to it.

The doctor assured me if it was the popcorn, that it wouldn’t be dangerous.

He got a second opinion from a more senior doctor, who agreed. It was another short stay with bursts of Ventolin. She was released again with an outpatient appointment to be reviewed by an ENT.

Two weeks later, she was still having these breathing issues and seemed to have a constant wheeze.

I took her to her ER again and they just put her back on steroids and said to maintain Ventolin when needed.

Three weeks after she first choked, I was over it and sick of watching her struggle to breathe.

She couldn’t run, swim, or play because she would struggle, so I took her back to the ER. The doctor was frustrated with me and assured me she was fine and to keep up the Ventolin when needed.

Remember, my daughter was previously healthy with no asthma symptoms.

I knew this wasn’t normal, so I booked an appointment with my GP who was really concerned after listening to her chest, so sent us for an immediate chest x-ray.

The x-ray showed she had pneumonia and inflammation on her lung.

My GP was straight on the phone to a private respiratory specialist requesting they see my daughter urgently.

She was put back on steroids, antibiotics, and told to keep up the Ventolin while we waited to see the specialist.

We had to wait one long week to see the specialist (now on week 5) and as soon as he listened to her chest and looked at the X-ray, he sent us straight back to the emergency room with a stern letter for them to finally treat her and investigate further.

That afternoon she was taken into emergency surgery to remove the piece of popcorn that she had in fact aspirated on 5 weeks earlier. It was too late! The damage was done.

The popcorn had caused some damage to her lung because it sat there for 5 long weeks and slowly started breaking down.

I don’t want to think about what could have happened if I didn’t take her to see the private specialist.

I regret not pushing more for an X-ray at the start and implementing Ryan’s rule. Ryan’s rule is a process where families can raise concerns if they feel like their child isn’t receiving the care they require, or symptoms are getting worse.

Please remember to always trust your gut instinct and to advocate if needed for your child. Doctors can and do get it wrong all the time and us parents know our children and know when something is off with them.

I’m sharing this post so that other parents know the dangers of giving young children popcorn… and a reminder to always trust your gut instinct. Many times, you know best.”

This story was submitted to Love What Matters by Cheree Lawrence of Oh So Busy Mum. You can follow her journey on Instagram. Submit your own story here and be sure to subscribe to our free email newsletter for our best stories.

‘Lathered in sunscreen, poolside, I suddenly realized my son wasn’t with me. My eyes hit the shallow end. I spotted a toddler completely submerged in water. The world stopped. I plunged in.’

‘We were watching a movie and eating popcorn. He had small choking episode but was fine. We didn’t see anything come out, so we assumed he swallowed it.’