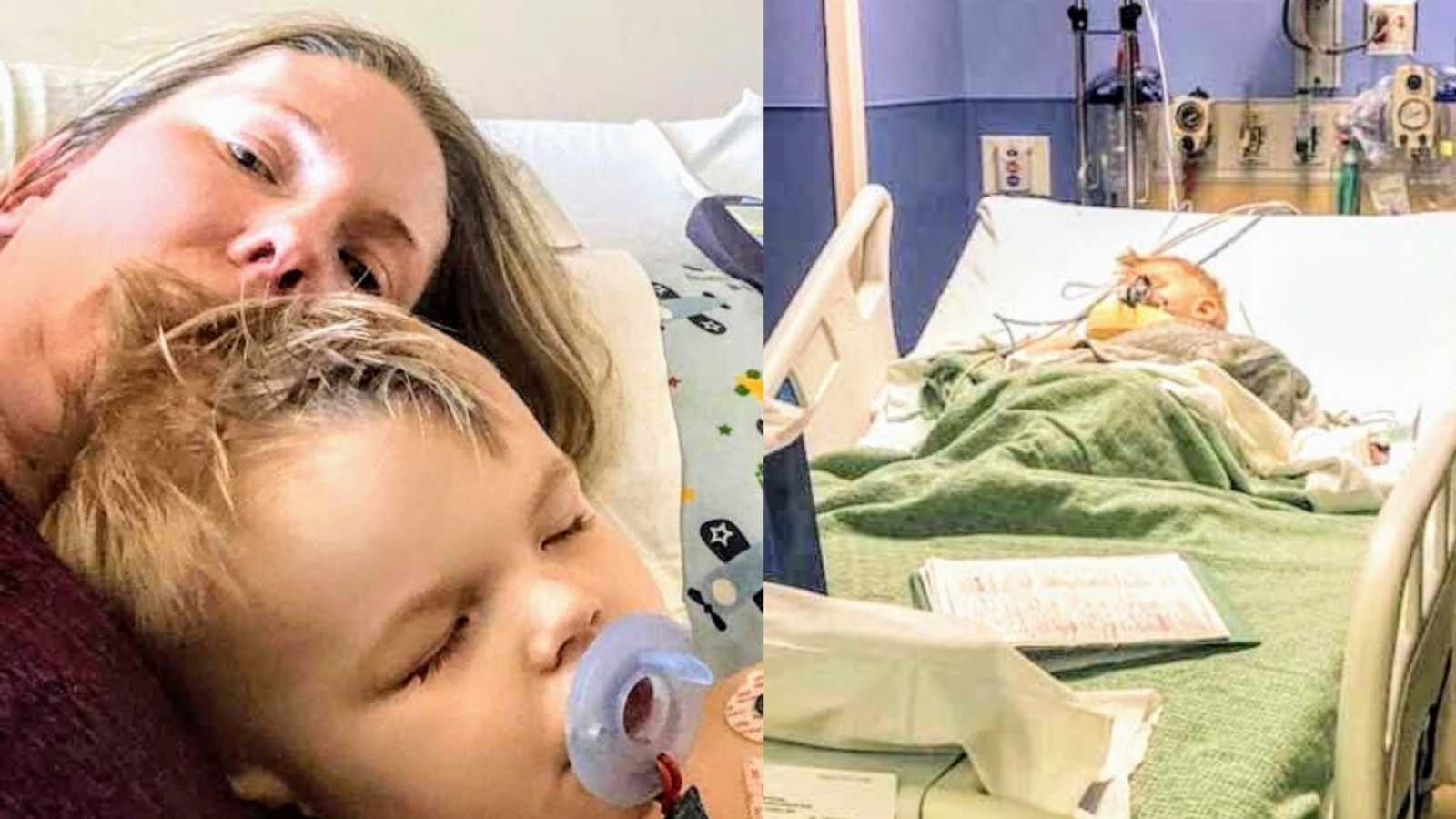 “Now that I’ve had a chance to sit and reflect on a very unfortunate but eye-opening event that our family encountered, I wanted to share our experience because as I’ve shared the story, so many people were shocked and unaware of the bad effect popcorn can have on a toddler.

Last Saturday night we were all watching a movie and eating popcorn, which is a very frequent event on the weekend in our home. I didn’t think twice to give Nash popcorn. Nash had small choking episode but was fine. We didn’t see anything come out, so we assumed he swallowed it. He seemed completely fine and continued to watch the movie. The only thing we observed was a cough he developed after the episode.

The next day he was fine but still had a weird sounding cough which concerned me a little. I just assumed he was catching the same crud we had all been going through. Monday came, Jake left for a 3-day trip and it was pretty much the same as the day prior. As the evening came, I noticed Nash felt warm and he was super fussy. He had a fever, so I gave him Motrin and put him to bed. A very long night with him and then his breathing looked a little labored to me, and he just didn’t feel good. I called my pediatrician immediately and said Nash needs to be seen ASAP.

We went in and got sent to children’s main campus immediately. After a chest X-ray the doctor didn’t like what he saw so he got scheduled that evening for a Bronchoscopy. Thankful for the wonderful company we work for, they got my husband Jake on a plane and back to Denver. At 6 p.m. they put Nash under and performed the procedure. I paced and cried the entire time my little man was in surgery. Jake arrived at the hospital just in time to go to recovery and see Nash. He had aspirated popcorn into his lungs when he choked. The body recognized it as a foreign object and put puss pockets around it. All the inflammation caused him to develop pneumonia in his left lung.

During the procedure the doctor got out 6 pieces. There was so much inflammation, the doctor wasn’t 100% he got it all so scheduled him to be admitted and repeat the procedure in 2 days. It was an up and down roller coaster, but we were in the best care. The second procedure was done, and once again our poor guy had to be put under and rolled off to surgery. The doctor met us when it was over and said therprocedure was successful and he got the last piece out. Nash was a Rockstar and recovered well. He had to go one hour on room air oxygen without his O2 dropping under 90. He passed and we were discharged that evening.

We’re so thankful our little man came out OK. All of this over popcorn which is eaten on a regular basis in our home.

I got a lecture of course on how popcorn isn’t supposed to be given to anyone under 5. I hate to use the excuse he’s our third child, so I overlook and don’t pay as close attention to the do’s and don’ts as we did with our first.

Please no negative judgment on this post. I wrote it as an eye opener for people to see how something you think is fine can quickly turn into something bad! Always trust your gut because it’s right!! I want to thank all who stepped in to help, whether it was taking our girls for a night, or letting our dog out. The constant phone calls and texts to check on us meant a lot. We have a lot of special people in our life.”

This story was written by the Nicole Johnson Goddard. The article originally appeared on her Facebook page here. Submit your story here, and be sure to subscribe to our best love stories here.

‘I hear a gurgling noise. I look and see a tiny toy at the back of my daughter’s throat. It’s not coming out.’: Mom can’t stop wondering, ‘what if?’ after ‘freak accident,’ urges us to ‘please be careful’

SHARE this story on Facebook to encourage other parents to be prepared in case of an emergency!