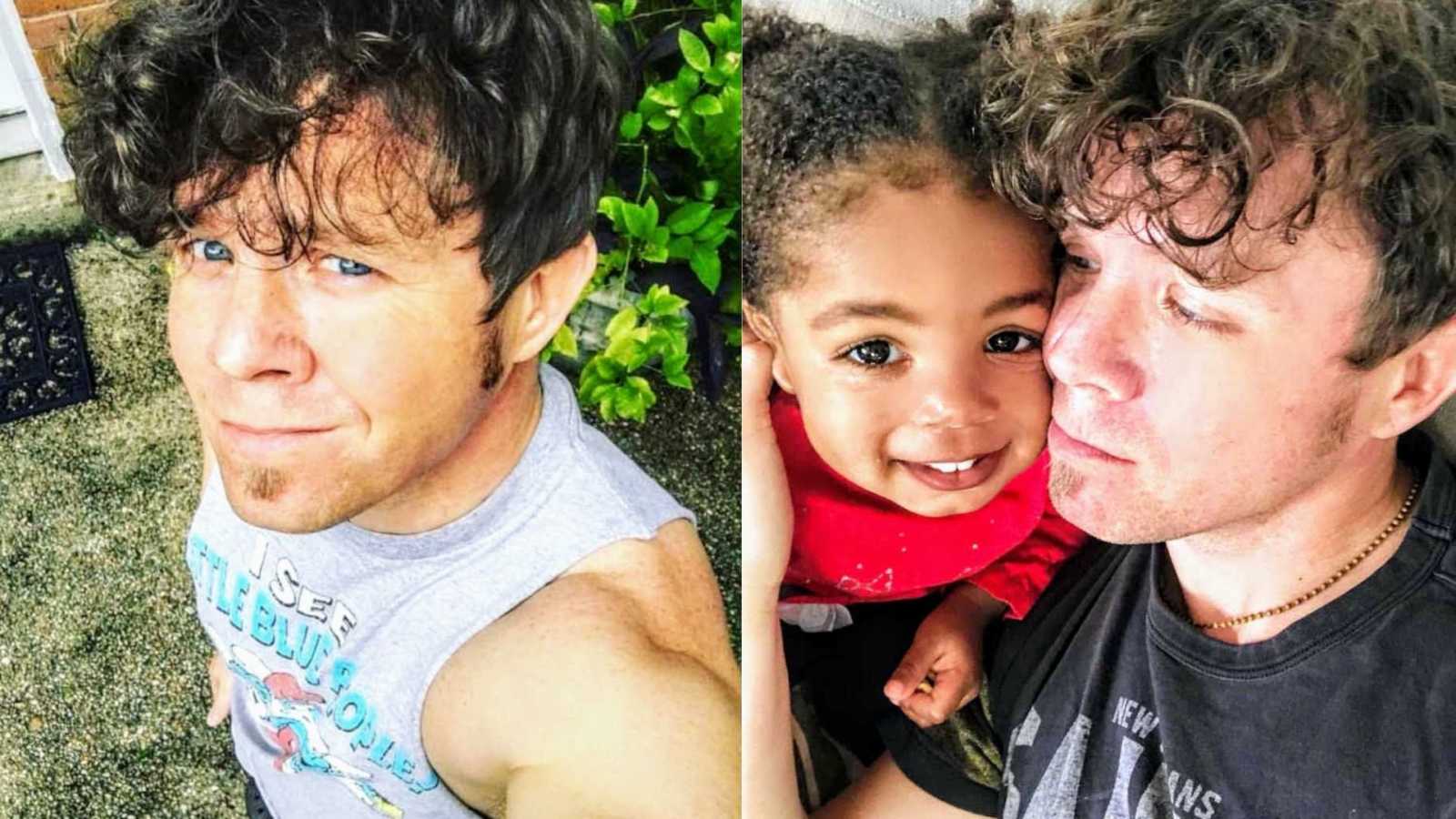 “You can always count on January to be full of New Year’s resolution clichés that make you want to just slam your face in a door. Well, I hate to add to the torture, but you know I have to chime right on in!

This past January marked my 10th year of kicking the nasty habit of smoking cigarettes. It was the second hardest thing I have ever done. The first was leaving my crazy life from when I worked in nightlife on Bourbon Street. It definitely wasn’t for the faint of heart. Ultimately, I would leave that life behind but unfortunately my love of cigarettes survived.

I was shellshocked when I first left my partying lifestyle. It was 2007 and my now husband Douglas and I were only in our first year of dating. We both had a lot of growing to do. Not only did I smoke cigarettes but I also smoked pot. Not to justify my reasoning or excuse my actions, but to put it ‘bluntly,’ it helped with getting over my brother’s death.

He died in 2005 and, obviously, that experience lands the top spot for the hardest things I have ever had to do or get over.

I was seeing a therapist at the time and she told me to start working out. She said it helps tremendously with depression. I took her advice to heart and went out and bought a really cute bike. The next day I started biking to the gym…right after I watched The Price is Right. Hey, don’t laugh. That’s my program! Everyone has their morning routine and mine is espresso and The Price is Right. Those of you that know me personally are nodding your heads right now.

After the Price is Right, I would hop on my bike and start the ride. On the way, I would listen to the Forest Gump soundtrack station. Don’t hate! It really is such relaxing and peaceful music. Check it out. Anyway, I would bike under all the century-old live oaks in Uptown. The smells of the flowers, freshly cut grass, the views, the peace and thoughts would calm me. I would get lost in my music and meditate. I would ponder life. I would think about where Douglas and I were at in our relationship. I would think about the future and where we were going. Where we’d be in 10 years. Would we make it? Would we ever get married? Would we own the house with a white picket fence? Would we have babies one day? I would lay out my dreams as I peddled my bike and try to connect the stars to make them align. How could we make our dreams happen? What could I do to be a better person? Then, I would get to the gym and have the most hardcore, adrenaline-rushed workout ever.

(FYI I change the radio station at the gym, Forest Gump is only on the bike.)

The first year of my new workout routine was incredible! I was not only seeing results in my body, but I also stopped having nightmares about my brother who passed away. Things just started to feel right. However, I would run on the treadmill and have to stop and cough because of the smoking. My boss at the time was very outspoken about my smoking habit. He would tell me how gross it was and I should quit. Hearing from him and other people in the context of having to stop for coughing breaks during my workout prompted me to finally quit.

It took about a year of my new morning routine to really help prepare me for this new chapter. On New Year’s Eve of 2008 at 11:58 pm, I had my very last cigarette. Honestly, I wish I could say the gym was my only guiding light to quitting, but I would be lying. Pot also helped. Yes, yes, I know. I was replacing one habit with another. But that worked for me. Sure, there are people that judged me. There were people that looked down on me. One year led to another and before long, I was 5 years stronger without cigarettes and my body and self-confidence had completely transformed into something I had never had before.

By now it was 2012 and my fitness routine had become second nature. But I started noticing when we would travel to see family across the country that I would go through full on pot withdrawal. I mean, I wouldn’t dare bring weed to the airport, right? So, I would do without it for the duration of our trip. To put it mildly, it was torture. I’ve heard many people say you don’t go through withdrawals from marijuana. That is absurd. You absolutely go through withdrawals. I would literally break out into sweats at the sight or smell of food and I would randomly barf throughout the trip. It was a nightmare, and it happened every time I had to leave town without weed. So, to make things better, I chose not to leave again! What an excellent idea, right? (palm to face)

From 2012 to 2014, I never went further than a car ride from New Orleans. I truly thought that was the remedy to make things better. Then, Douglas asked me to go to Europe. He planned a European vacation that sounded amazing! We were to fly into Ireland, then on to Paris, Switzerland, Venice, and Rome. I was elated, but also terrified. How could I travel having pot!? Well, I knew there was no way in hell I was going to spend 3 weeks in Europe feeling sick to my stomach. I knew I would have to either stay home and be a prisoner of my bad habits or break the chains and become free to do what and when I wanted!

On March 4, 2014, I stopped smoking pot. That is the 3rd hardest thing I have ever done. This upcoming March 4th will be my 5th year clean. It literally felt like I broke the shackles off of my hands and feet and gained complete control of my life. I learned the herb Valerian Root helps tremendously. To this day, I still take it every night.

Europe was breathtaking. Paris has always been my most favorite city in the world, and finally I was able to see why. Saying goodbye to cigarettes and pot was the best things I have ever done. Sure, there are times I miss them both… but the moments pass and I am okay again.

Today, I am thankful. So, so thankful. I had no idea what was waiting on us around the corner in 2015. That year really took us by surprise. We had the opportunity to become first-time home owners! For that to happen, we’d have to move about 30 minutes away. That meant my morning routine would end. My daily bike ride to the gym unfortunately came to a close. Many people may say, so what! Buy the house! Well, we did.

I learned to adapt. I didn’t bother to bike nor look for a gym. I did the next best thing. I went to Costco and bought a treadmill. Just like the Flock of Seagulls song, I ran. This routine wasn’t the same, but I made it work. About 2 months after we moved into our new house, the Supreme Court legalized gay marriage! So, we jumped in the car and went downtown to get our marriage license! On August 1st, on our 9th anniversary together, we were married in Jackson Square in the French Quarter.

Our honeymoon was in Disney World and it was perfect! I couldn’t believe this was my life. And then, literally like 3 months later, we got the call that shook us to our bones. We were going to be dads. We were in shock. We were told our wait would be 5 years for a baby, and time shrank into being 3 and 1/2 weeks! Our baby girl was a preemie, so she needed to get stronger in the NICU. And on December 4th of 2015, we brought our itty bitty baby girl home.

The year 2015 was the year all the stars aligned for us. It still feels surreal to think about. Then, in 2017, our second daughter was born. By then, I was lucky if I could get 30 minutes of running in. It took a while to learn my rhythm. One waist size grew into another and before long I felt like I was the Pillsbury Doughboy. However, something happened on Ella’s first birthday. We found out we were going to move back Uptown. Not only Uptown, but blocks from where we used to live! We were overjoyed. Douglas would be 4 minutes from the hospital where he works, and only 8 minutes away from the girls’ nursery school. The house was a dream, the location was perfect. But for me, the highlight was being able to get on my bike, put on my headphones, and yes, listen to the Forest Gump station while riding my same exact route to the gym I had gone to for so many years before. I felt like I was channeling my inner Maxine Waters. I was ‘reclaiming my time.’

This time, the ride was different. It was like I was transported back to 2008. Each familiar song would play as I passed by the same houses on the same streets under the same trees; it was like I could hear my thoughts from years ago still echoing in the live oaks. What would our lives be like in 10 years? Where will we be living? Would we have more babies? I had goosebumps. My life had come full circle. And it all started on this bike route. Wow, the universe is amazing.

​Some people ask, ‘When is it my turn? What about my life?’ Everyone’s path is revealed for different reasons at different times. For me, it was when I put my own selfish desires away and focused on what was truly important when my life began. That is when all my stars aligned.”

This story was submitted to Love What Matters by Erik Alexander. You can follow his journey on Facebook, Instagram, his podcast, and Youtube.  Submit your own story here and be sure to subscribe to our free email newsletter for our best stories.