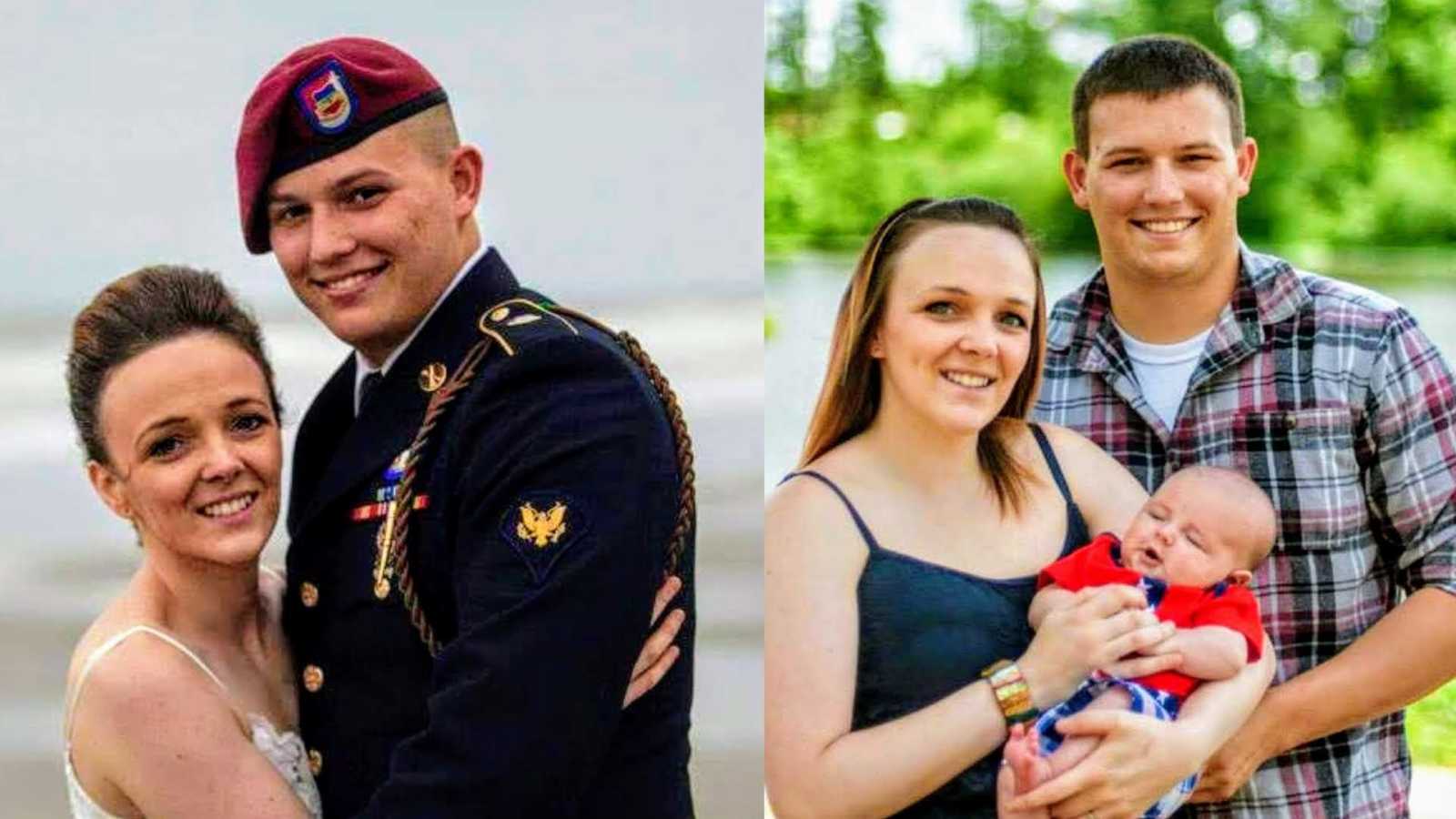 “I always knew I wanted to be a mother. It was my biggest dream and it started at such a young age. I wanted nothing more than to be married and start a family. Growing up, I spent most of my time playing outside with my Barbie dolls and trying to force my brothers to play school with me.

I hadn’t received much love as a child, but I believed it was my calling to give it to others. I had so much bottled up love to give to my future children. But I had no idea my path was going to have so many twists and turns.

My long journey to a happy and healthy life began somewhere around 2013. I didn’t make it through college, so I decided to reinvent my life and move to Raleigh, North Carolina. I moved in with my life-long friend and her family and got a job at a nearby restaurant. I began the steps of finding my place in life.

My dreams of finding a husband and having a family was still at the forefront of my mind. I eventually joined the casual dating scene, but nothing ever seemed to work out for me. Whenever I met someone who I thought could be ‘the one’, it never quite ended up the way I expected. But my end thought was always, ‘Everything happens for a reason.’ My knight in shining armor was still waiting for me and I just needed to give it some more time in order to find him. And I was okay with that.

Weeks after deciding to leave the dating scene, life was moving along great. I worked almost every day and I felt happy. But soon after, my life took a turn down a long, dark path. It was one I had never imagined I would walk along. One I would never wish onto anyone in this world. I can remember every detail and every sound, like it all happened yesterday.

For a couple of weeks, I had been feeling off. My stomach ached and I was suffering from horrid headaches and nausea. I chalked it up to Mother Nature about to show her bloody little face. One morning, I awoke and began my daily morning routine. I walked into the bathroom to shower and take my morning tinkle. When I wiped, I saw some spotting. ‘Ahh, hello Mother Nature.’ So, I showered, dressed, and headed off to work. Nothing seemed off at all.

Suddenly, I started cramping a little more than normal and bleeding heavier than usual. I kept having to remove my tampons and replace them quicker than I ever had. I thought it was because my period was a little late and it was coming with full vengeance. After all, I had never had a normal period.

After my shift, I headed home. That’s when things began to go south.

I had the next day off, so my friend and I decided to stay up late and binge watch some television. Eventually, she fell asleep on the couch with her son and I went up to the bedroom to go to sleep. I went to the bathroom first to take care of business. I sat down on the toilet and removed my tampon. Suddenly, the cramps began again, full force.

Clot after clot of blood poured out of me. That’s when I knew something was terribly wrong. My first thought was, ‘Oh gosh, I’m dying.’ My mind went blank and I was terrified. It was nearly midnight and everyone in the house was asleep. I had no idea what was happening. I was alone with my thoughts and my phone. I quickly texted my friend who was downstairs. ‘Come quick! I need you in the bathroom. Lots of blood. I can’t leave the toilet.’ I prayed she would awake to the sound of her phone going off. I didn’t want to wake her parents.

I was embarrassed and petrified. I kept looking down at the blood-filled toilet and the blood pouring out of me. I could have sworn I was dying, bleeding out to death. The cramps came in intervals. They’d come really hard, a clot would fall out, and then it would stop. This happened about 6-7 times. I thought it was over by then. Suddenly, I couldn’t hold in my cries.

The next cramp hit hard, really hard, and I felt something about to release. It was stuck and I held my breath. I looked down and pulled as my heart sank. It was two feet. Two little translucent feet. I panicked and yanked. I heard a plopping sound. I knew then what had happened then but I didn’t want to admit it to myself.

The door flung open and in walked my friend who had been sleeping downstairs. I told her what happened. She rushed to wake her mother up and she, too, came rushing into the bathroom. She saw me and the mess in the toilet and insisted I go to the hospital immediately. She saw me and knew what my heart didn’t want to admit: I was having a miscarriage. I had just flushed my child down the toilet. He/she was gone and I hadn’t even known I was pregnant. I had no idea. My goal in life literally went down the toilet. Why did I flush? My mind flooded with regret and remorse. I was scared, devastated, and sick to my stomach.

My hopes and dreams of starting a family died. I didn’t think I could ever get pregnant again. I lost hope and became depressed. I was lost in my own head and was sure I was a terrible person. All hope for my perfect ending was gone. Every time I walked by a child, my heart sank. I thought, ‘That could have been me. I could have been a mother.’ Why couldn’t I have taken care of myself? Why hadn’t I paid attention to my body? Maybe if I didn’t have that beer, I could have saved my child’s life. I blamed myself again and again for years.

After a year of self-hatred and blame, I decided to take my future into my own hands. It was 2014 and, on a whim, I decided to download a dating app. Clicking around, I came across a man on the internet. He was in the army at the time, stationed in Fort Bragg, North Carolina. I knew he was ‘the one’ the moment I saw his photo. He was smiling big and goofy, lying on a bed of grass in his army uniform. At first sight, I was in love. Something I had never felt before.

When we began talking, I discovered that he wanted children, as did I. I shared with him what had happened to me and he was very understanding. He understood me and I understood him. On April 19, surrounded by friends and family, we were married at Myrtle Beach, South Carolina.

Not long after, we moved in and started trying for a family. Yet again, I went through another devastating miscarriage. Just when we were ready to lose hope, we were blessed with a beautiful six-pound baby boy months later. Frederick Ryan.

My husband and I have a wonderful relationship. We balance each other out perfectly. Of course, like any normal relationship, we have our bumps and we work through it. We have been through a lot in the past five years and we have become pros at battling our problems and not letting them harm our marriage. Nobody is perfect, but my husband is perfect for me.

My dreams of a beautiful marriage and motherhood came true. But not a day goes by where I don’t look at my son and think, ‘What would it be like if you weren’t an only child?’

Some days it makes me sad. Other days it makes me smile because I know that both of my angel babies are looking down and saying, ‘That’s my mom and I am so proud.’ I can’t say that I don’t want to change a thing. I’d love to have my sweet babies here, but I know god needed them before I did. I know they are happy and not alone. They have each other and they are waiting for me. I will meet them again. I know it.”

This story was submitted to Love What Matters by Nichole Frank Podmore of Elizabethtown, New York. Do you have a similar experience? Submit your own story here, and be sure to subscribe to our free email newsletter for our best stories.