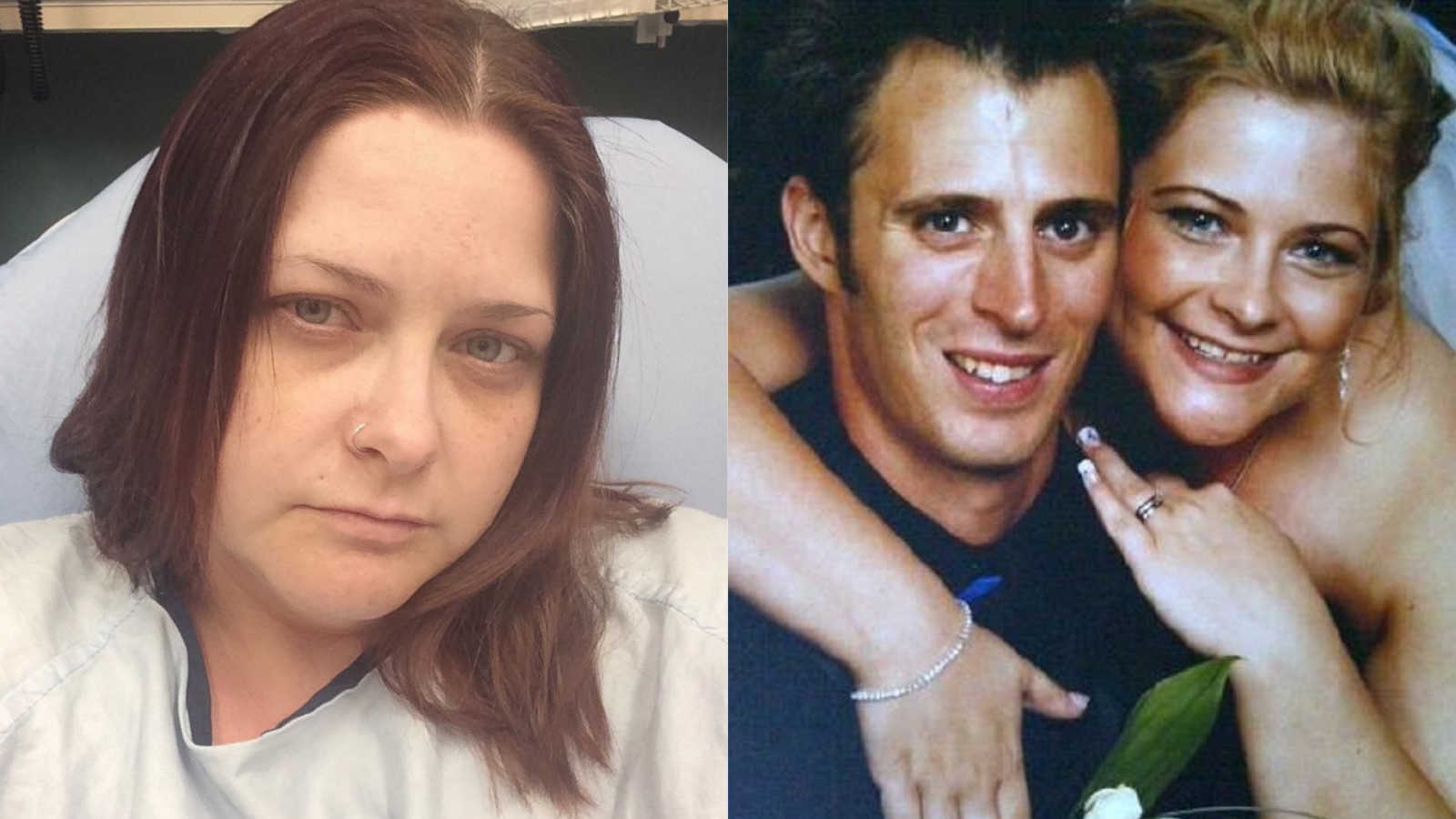 Disclaimer: This story contains details of abuse and suicide attempts.

“I was born in Ontario, Canada, to a young mom and dad. A year after myself, my brother came along. We were a normal middle-class family.

My mother worked at least two jobs to take care of us while we stayed home being watched by my father. Dad was super fun. He taught us to love the outdoors, like fishing. We did that together lots. My dad was pretty easy going, but he definitely had moments where we knew not to bother him. It was best to leave him alone. Even as young as 2 years old, we knew it was best to not bug daddy.

As a child, I didn’t realize my father’s time to himself was used to get high.

My father is a drug addict, has been since I could remember. Huffing glue from paper bags and walking around talking to himself. Needless to say, my brother and myself spent a lot of time together with next to no supervision.

When I was around 5 years old, my mother finally decided to leave my dad and get a divorce. Best decision she ever made. She was so happy afterward.

We moved around a bit and dad followed, almost like stalking us, but eventually he just went away. To where exactly I’m not sure.

At around 8 years old, my mom met a guy who made her shine from the inside out. I had never seen her so happy, feel so beautiful. It was amazing to witness. That’s why when he hit me for the first time, I thought it was a mistake. Surely he wouldn’t do it again. He loves my mom so much, I don’t want to ruin her happiness. She was so happy. So I never told.

The abuse didn’t stop, in fact, it got worse. He secluded the family and moved us out West, away from friends and family. He used belts and fists. He was enraged over anything it seemed. I tried to get help from teachers, police officers, neighbors, but nobody listened and I grew desperately sad. I would scream while he was hitting me, scream so anyone would hear. I cried out so loudly, ‘He’s hurting me, help me!’

At 14, I had my first suicide attempt. I felt alone and not heard or helped. I felt the abuse wouldn’t end and I was worthless and unlovable. So, I tried to end my life, end the pain. In the hospital I received no help, other than pumping my stomach that is. Nurses even told me to, ‘Not be so dramatic.’ I was sent home with my abuser the next morning. Still no help, still alone. Hopeless. How could a kid try to die and nobody does anything?

That year, I met this girl named Crystal in the front office of my junior high school. We soon became best friends. She and I were always together. She kept me away from home, she listened to me and believed me. She was the one person I knew I could count on.

We were not just best friends, but more like sisters. Her family was mine, and there I was safe.

At 15 years old, my mother finally kicked my abuser out. I had provoked a fight in which he slipped up and punched me in front of her. That winter was the first time I had talked to my doctor about depression and was put on antidepressants. The first of many.

That May, the morning after Crystal’s 18th birthday, I received the worst call. I woke up to being informed Crystal had been lost in a tragic drunk driving accident. The one person I counted on, needed, was just gone. I felt numb. I felt empty. I immediately went into auto pilot for a bit. I started to drink to numb the pain. I started doing drugs to numb the pain. I started having sex to fill that void. I was self-destructing big time. This happened for about a year, until I found out I was pregnant. I was 17 years old and having a baby. I decided then that I was going to forget the pain, the past abuse and grief. I was going to be a mom, and I was going to be perfect at it.

I had my son at 18 years old. I tried to be a mother, but I battled again with not wanting to live, with thinking everything would be better, even for him (my infant son), if I was gone. I had my second suicide attempt. When I survived, I once again talked to my doctor and was given medication. More medication. Nothing seemed to ever work.

At 20, I met my husband. He was this guy who worked with me and crushed on me, but that was it. I didn’t like him like that. He was into heavy metal and all the stuff I wasn’t. We were too different. But he grew on me; he became my best friend, and eventually he moved in.

By 27 years old, we had 2 beautiful boys and a baby girl, and we were married. We moved up with work and our housing to eventually living in a beautiful house, buying a car. Just living well and being happy. I was baking cupcakes and going on field trips – I was exactly who I thought I should be.

Then it happened. Cory lost his job up north in the oilfield, out of nowhere. Then our daughter kept having to go to the emergency room with these outbreaks nobody could explain. Then I lost my job, and downhill it went. My depression came on tenfold. I was having nightmares and flashbacks. I was inconsolable. I couldn’t work and I barely left my room. We lost our house, and at 36 years old I was living in my parents’ house.

I wanted to take my life. All would be better without me, and you could not tell me otherwise. My husband convinced me to go to the emergency room. The hospital, the place that didn’t hear me before? The place that did not help me when I needed it most? I didn’t want to, but for him and the kids, I did. He came with me, even sat in the room, and that night – at 36 years old – I finally got help!

I was sent for assessments and to see actual psychologists and psychiatrists. I was diagnosed, finally. Borderline personality disorder, anxiety, persistent depressive disorder and PTSD were all what I had been living with and wearing a mask to hide. I was put on correct medication and at correct dosages. I was on a healing journey, finally.

I went to an 18-week/5 days a week/ 7-hour days therapeutic program at the local university hospital. I learned skills and let go of feelings and memories. I was listened to by counselors and fellow patients. I realized I wasn’t alone, and I wasn’t just a bad kid out of control. I was an abuse survivor. I hadn’t been taught to process emotions or to control them. I didn’t learn how to properly be an adult.

I am now, and I share my story to help others know they are NOT alone. I sit on a mental health committee raising awareness in my city and I boldly stand and say, ‘I have mental illness, and that’s ok.’ I battle every single day, but I do exactly that – I battle. And I will continue to, and I will encourage others to battle, too. Mental illness is exhausting to live with but it can get better. There is help and HOPE!”

This story was submitted to Love What Matters by Jennifer Hope of BoldlyBPD on Facebook and Instagram. Do you have a similar experience? We’d like to hear your important journey. Submit your own story here, and subscribe to our best stories in our free newsletter here.

‘We didn’t talk enough, did we?’ My Dad would never walk me down the aisle or meet my children. That’s a very odd thing to discuss with your father when you’re only 23.’

‘Nobody thought I had a problem, I was just the life of the party. I was reaching out for help, but doctors didn’t believe me. I was even suicidal on my wedding day.’