“I pushed my son’s wheelchair down the sidewalk with his preschool class, my heart pounding faster and my palms starting to sweat with anxiety. I found myself wishing it was a rainy day so we could’ve stayed inside. The sky was relentlessly sunny. We arrived at the playground, and I parked the wheelchair while William’s classmates ran to the equipment together. Will patiently waited for me to get him out so he could join them. I scanned the playground, and as I feared, the classes of grade-schoolers from another nearby school were already there, sitting around the perimeter of the playground, eating lunch.

Taking a deep breath, I set William on the sidewalk. He loves to stroll around the playground, watching his friends play, and meeting anyone who will stop to chat with him. He headed straight for the closest group of kids, and I followed closely behind him. And as we got nearer, I heard the kids talking.

‘Look, the weird kid is back.’

‘Seriously! Look at his ears!’

Will walked innocently past the boys who were loudly talking about him as if he was an exhibit at the zoo. I wanted to confront them. I wanted to shout, ‘How dare you talk about my child that way?’ I wanted to make them feel ashamed of themselves. But I walked past, my heart burning with the injustice and searching for a way to protect my son, who, at least for now, didn’t hear, or else didn’t understand what they were saying about him.

We made our slow circuit around the playground; Will’s steps are getting steadier, but he still stumbles frequently so we go slowly. After a few minutes, I was thinking a bit more clearly. Why was I so angry? It wasn’t just because of the words I heard the children say. It was because of the ignorance and prejudice behind the words. It was because I realized, just because my son didn’t look like they expect all their friends to look, they immediately classified him as ‘weird, creepy, scary.’

But they didn’t know William. They didn’t know he has Goldenhar syndrome and hemifacial microsomia. They didn’t know he was born without his left eye and left ear, completely blind and deaf on this side. That in his first 2 months of life, he came close to death so, so many times because he couldn’t breathe without help, and he needed a tracheostomy to be able to begin to thrive. They didn’t know he was almost a year old before he gained enough weight to finally be on a growth chart at the pediatrician’s office. They didn’t see the countless hours of therapy we had been through together, both of us crying as he struggled to learn to roll over, sit, crawl, stand, and finally walk. They couldn’t have known how many times I had sobbed uncontrollably in the shower, wanting to take all the suffering my baby was facing on me. They didn’t see me standing outside his hospital room, frozen to the ground as the medical team performed chest compressions to try to revive him after he coded.

They couldn’t see who he really was. All they could see was a 3-year-old whose scoliosis caused him to walk with his head tilted to one side, whose left ear was replaced by a small skin tag on his cheek. They knew he was different. They just didn’t know why. And it made them laugh, and joke, and mock. For 3 weeks, it had been going on now, and I couldn’t take it anymore.

I knew what needed to happen. They needed to meet William. I went to William’s teacher, who was standing nearby, supervising the other children as they played. She is deaf and wasn’t aware of the taunting. I stumbled through my explanation of the situation, struggling to put my words clearly in my beginner’s ASL. ‘William needs to meet that class,’ I said. ‘They’re calling him weird and creepy. William can hear them, even though I’m not sure he understands yet. And I think they just need to get to know him because a lot of kids think different means scary.’

As she listened, her eyes widened and her concern grew. She told me she could have a conversation with the other teachers and try to set up a time for them to meet William. I thought it would be a week or two. But within 5 minutes, the teachers were talking. William continued his circuit, and soon enough we were passing the class again. Nothing could’ve prepared me for the immediate shift in attitude. The children stood and came close to us. Timid greetings. Curious questions.

‘Why is his eye closed?’

‘Why is his head leaning over?’

‘What are those things on his cheek?’

I answered as simply and truthfully as I could. William smiled and waved at the crowd of kids who pressed in close. ‘Can he talk?’ asked one girl. ‘Not yet,’ I answered. ‘But he can use sign language.’ The moment the words left my mouth, nearly every child used the one sign they knew: I love you. William glowed as he signed ‘I love you’ back to them. It was a short moment. The classes needed to get on with their schedules. And William was very tired and wanted to go home. But I was elated with the progress made.

A week passed. William’s one school day per week came around again. We took the trek to the playground with his class just like always. Will started his route around the sidewalk. And he was met with a chorus of, ‘Hi, William!’ ‘William is here!’ There were fewer questions this time. More smiles. Less caution. One little girl asked how to say ‘hi’ to Will in sign language. They wanted to be friends with my little boy.

Raising a child with an obvious facial difference is tricky. We want to raise our son not only to be confident but also to be kind. There are so many voices that will try to assign labels to him, to attach worth or lack thereof to him, without knowing anything about him. I want him to know he gets to choose. He gets to choose which voices matter. He gets to decide which people get to have an opinion about his appearance, his worth, his life. And in the end, the only voice that really matters isn’t the kid at the park, or the doctor, or even mom or dad. It’s the voice of Jesus, who calls him priceless, loved, and chosen. If he can listen to this voice, it will be so much easier for him to bridge the gap confidently with people who don’t understand. You see, most people just need to be invited to learn. They don’t know what they don’t know until someone offers to teach them.

The kids on the playground didn’t know they could ask questions, so they made assumptions. But the moment we gave the tiniest opportunity for them to learn, they were so eager and excited to make a new friend. All it took was a little understanding. There are more friends in the world than we realize. The world would be a better place if when parents heard their children making assumptions about a child like William, instead of shushing them and hurrying away to avoid an awkward situation, they leaned in, came close, and helped them learn. Ask a name. Find a way to play together. Make a new friend. We are more alike than different.”

This story was submitted to Love What Matters by Bethany Beazley of Seattle, Washington. You can follow their journey on Instagram and Facebook. Submit your own story here, and be sure to subscribe to our free email newsletter for our best stories, and YouTube for our best videos.

‘When it was my turn to play dress-up, they paused. ‘Oh, Liz, there aren’t any princesses left.’ My confidence was shattered.’: Woman with GoldenHar Syndrome advocates for facial equality

‘I couldn’t process it. Twin 2 was born without an eye, ear, nostril’: Single mom ‘plunged into a pool of guilt for something I was convinced I had caused’ 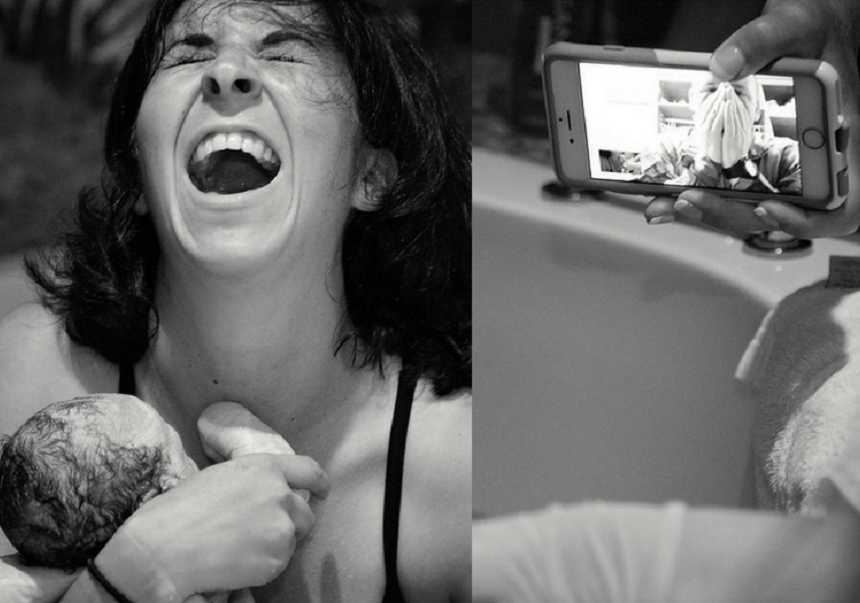 ‘The Air Force sent DJ on a 7-month deployment. To Afghanistan. 6 weeks before my due date.’

“Then I heard the best sound… the FaceTime ring on my phone. My mom held the phone up next to the tub, and I was overcome with joy.”