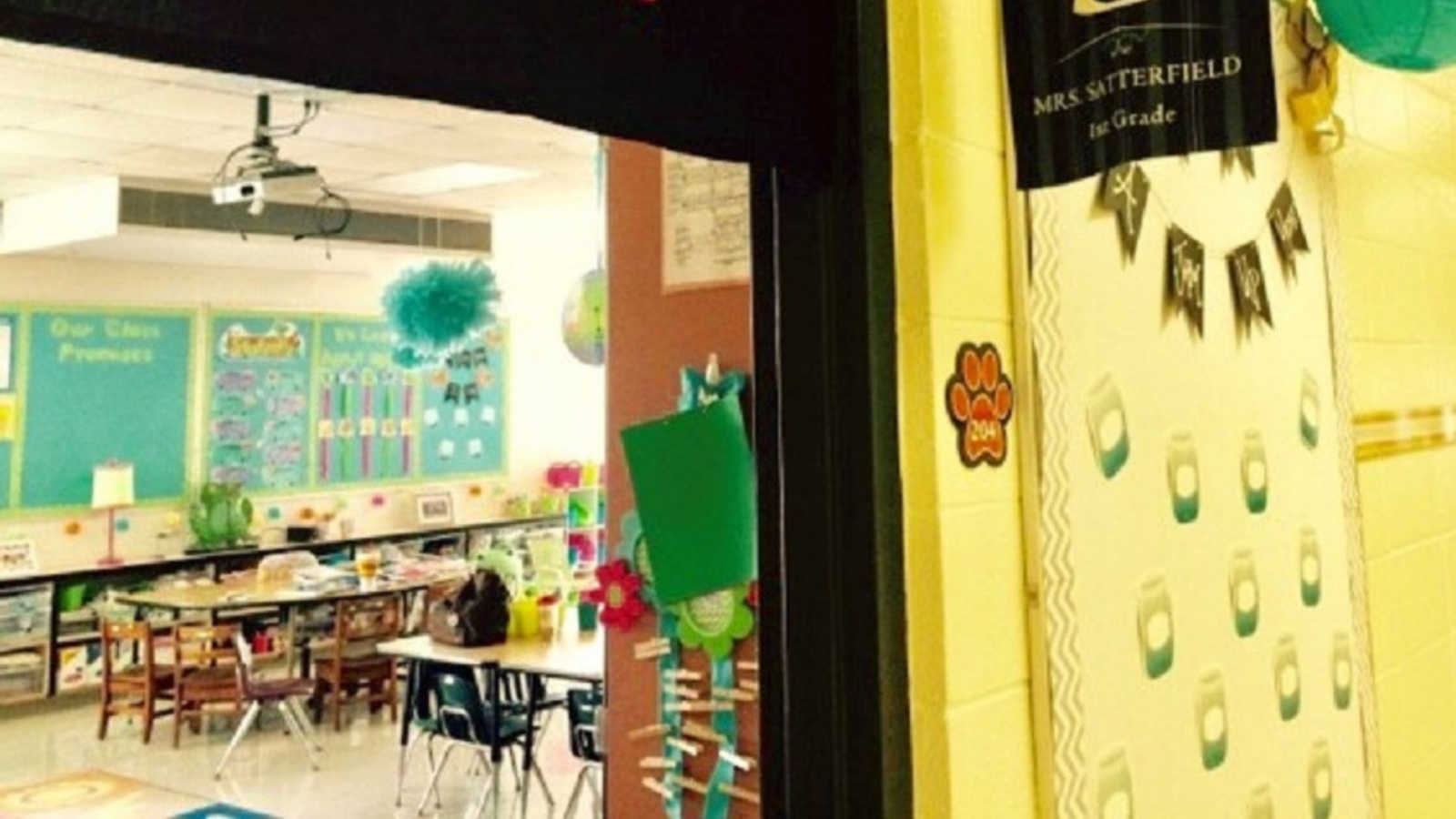 “My principal emailed me last week and said she added another student to my roster. ‘But come talk to me when you get a chance. I have to tell you her story.’ And I replied, ‘You know I love kids with stories!’

I was a first-year teacher. Bright eyed and bushy tailed, convinced I was going to implement everything I had learned in school and saw on Pinterest perfectly. It didn’t take long to realize the goal of the year was to survive. And not let the children kill each other.

And let’s talk about this for a minute. Why in all of God’s green earth, do they give first year teachers THE. WORST. CLASSES? For the life of me I will never understand it. Thinking back, regardless of my inexperienced classroom management, that class would have sent the most experienced teacher to her grave. It was hard.

I made it through October, you know that’s saying a lot, and me and my first-year class were finally dancing smoothly together. We had established a community of learners and I felt like they were starting to listen to me. Right when things started to become manageable…

He interrupted our Thanksgiving Feast.

I’m sure she saw the terror in my eyes. The office lady handed me a stack of papers and leaned in to whisper, ‘The guidance counselor will be in here shortly.’

He just stood there. Looking up at me with his big, empty, chocolate eyes. In that moment it was as if the Lord allowed me for a second to peek into his soul. I knew he came with a story. And I knew I was there in that classroom, at that moment, for him.

The weeks that followed were somewhat of a blur. I don’t remember anything else about my first year, except for him (and a terrible puke experience. Let’s just say the janitor not only cleaned the floor but handled the situation too).

He stole my heart. And my patience. And my temper. But mostly my heart.

He moved from another state because he had witnessed his dad being murdered. Basically a drug deal had gone wrong, and his little eyes were the ones who saw. He had severe behavior problems. Wouldn’t you?

He would run out of my classroom. Lock himself in the bathroom and bang his head on the door. He would hide under the lunch table. I found it ironic once, that the Special Ed. teacher couldn’t help me get him out from under the table. He would have crying fits, sprawled out in the floor. I literally had to hold him like a baby. After I would finish the song I was singing, he had calmed down enough to get back to first grade work.

For the rest of the year, he consumed me. I prayed for him on my way home. I talked to my husband each night about his day. I went to sleep thinking about him, and he was the first thought that passed through my mind the next morning. How could I love him better? How could he know love because of me? How could I break through those walls he built to protect himself? And show him he didn’t have to walk through life alone?

That kid with the story, he changed me.

By March, his little brown hand always found its place in mine. His tantrums still were happening, but he trusted me enough to get through them faster. In May, after MAP testing, I was amazed at his progress. I don’t know how that kid, or all the other kids in my class learned a thing that year. But they did.

I believe he is part of the reason my children are in their forever family. I always had a heart for the orphan, but after him, I knew I had to do more. He changed me. Forever. He taught me I was much like him. I, too, have a story. And parts of it, although different, look much like his. Broken. Messy. Damaged.

He will be a big seventh grader this year. And even now, as I type this and think of him, tears roll down my face. He still writes me letters, sends me pictures, and I’ve heard from other parents that I’m still his favorite teacher. My former principal emailed me a video of him performing in the school play, and I literally watched it a thousand times. And cried. God has done so much in him. So much in me. And I still pray that if he hasn’t already, God would rescue his precious heart, and redeem every part of his story.

So with each start of a new year, my roster is all wrinkled and scribbled on. Those names have been prayed for. And I can’t wait to meet the kids with the stories. They make it worth leaving my babies at home.

It’s easy to get caught up in curriculum, new standards, lesson plans, paperwork, and duties. But teacher friends, pretty soon, there will be little people behind those names. Each with their own story. And I don’t know about you, but it’s not enough for me to only teach them. I want to always be their favorite teacher, not because I taught them to read, but because I showed them Love.

That Love. He is always the reason.

And you never know, those kids with the stories, might just change you.”

‘Who should wear the mommy bracelet?,’ the nurse asked our birth mom. ‘Jessica. She’s her mommy.’ She placed the bracelet around my wrist, and handed me my daughter.’

‘Oh, are you babysitting?’ ‘They’re mine.’ I’m a 30-year-old single black woman with 3 white kids. Love has no color in my home.’: Woman adopts 1 boy, 2 siblings from foster care, ‘Love is love’

“I heard a knock on the door. There, on my doorstep, stood this beautiful, petite little girl. ‘My name is Alexis.’ I realized she was alone. ‘Are you sure about adoption? ‘You don’t think 3 children is a lot?’ ‘You realize this means you will be financially responsible for them, right?’ I was already a single mom, what was I thinking? My heart immediately dropped. YES, YES, YES. I just couldn’t say no.”