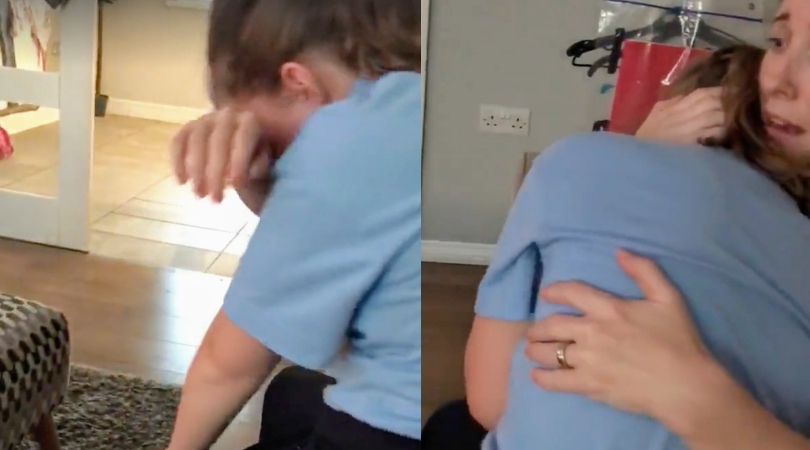 Exasperated parents Lee and Natalie Davies shared an incredibly emotional video showing the effects bullying has had on their 11-year-old daughter. They took the video of their daughter mid panic attack, with her permission, to show the staff at her school just how serious the issue was.

Her mother said the panic attack came on after her daughter had received nasty messages via Snapchat on her phone from a group of girls who had been bullying her at school, according to Wales Online. Natalie said she “went to pieces” seeing her daughter this distraught, shaking and unable to speak through her tears.

“At the time I didn’t know how bad it was because I was focused on calming her, Natalie, 34, told Wales Online. “She had never been like that before.” 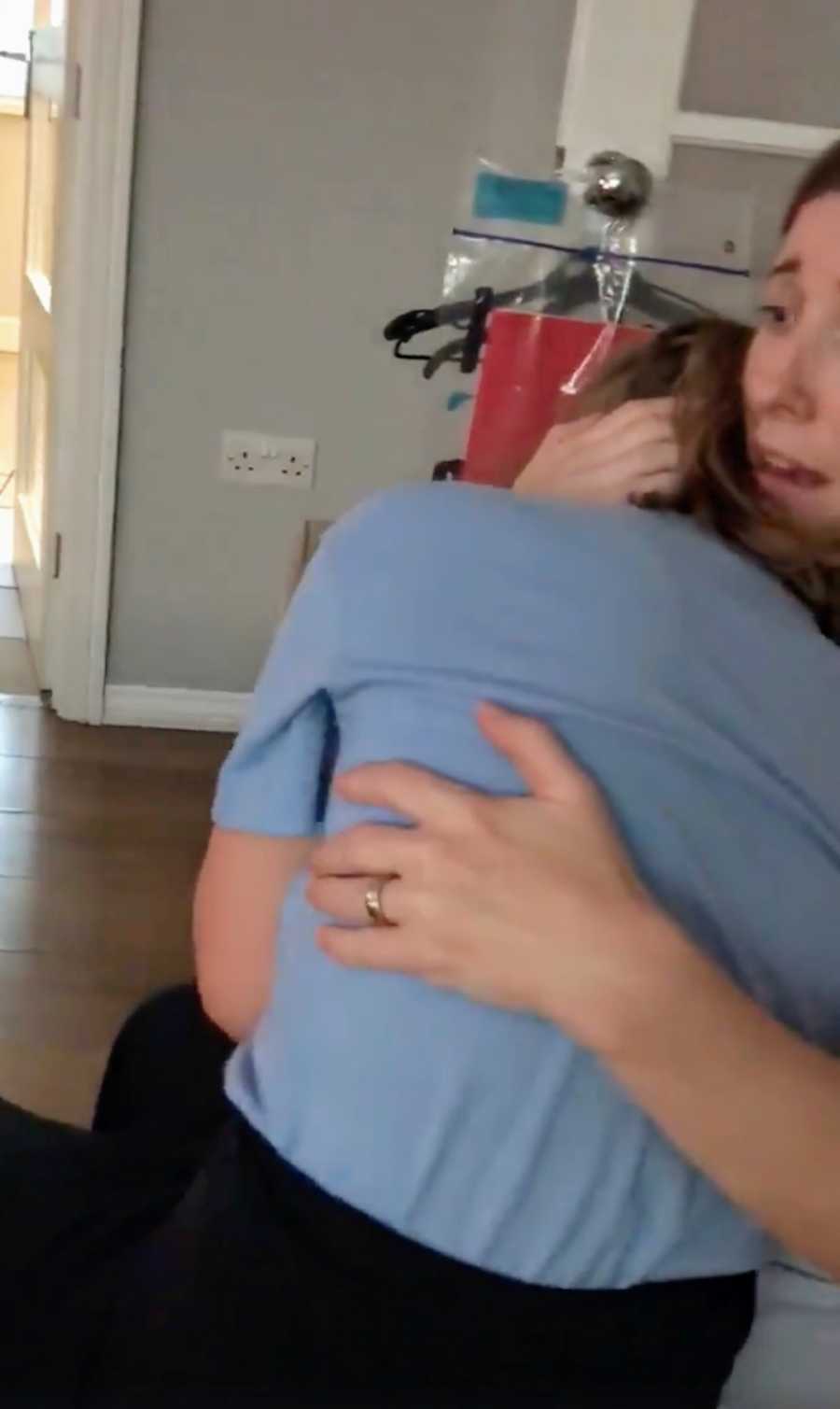 Lee, the girl’s father, shared the heartbreaking video on Facebook in desperation after the parents claimed her school took no action after multiple attempts to address the issue.

Read his full plea below:

“I hate to put things on Facebook that would show the pain that my children are going through, but for 6 weeks now since starting school my daughter has been emotionally bullied on a daily basis! I have contacted Cyfarthfa High School numerous times now and explained that both myself and her mother have serious concerns about the emotional health of our daughter and that I need this situation sorted. I have asked many times for her to be moved to a different class, yet they keep telling me they need to speak to other teachers and have had no sign of showing any concerns – like it’s us parents being overly protective!”

“Well this is a snapshot of the many occasions that my daughter has been upset,” he continued. “It’s all too much now and I feel like as parents we are bashing our heads against a brick wall with the school. Take a look at this video and tell me this is how a 11-year-old girl should feel coming home from school. Bullying is not acceptable by any means and needs to stop! Please do not hesitate to share this post as I would never want to see another child feel like this!”

Since Lee shared the video, it has been shared nearly 12,000 times. He provided an update on the situation.

“Hi all, firstly I would like to thank each and everyone of you for your advice, heartfelt comments and amazing support on this matter. The exposure this video has received is overwhelming and it shows this issue affects so many people on so many different levels. It takes a very strong person to allow others to see them when they are at their most vulnerable and I am so proud of my daughter for allowing me to share with you all how the actions of others have affected her! Due to not getting the results that we wanted as parents from the school, I had no option but to use the power of social media to make people lift their heads and act on this matter before it spiraled out of control.

I can happily say that now we have had a meeting with the school and are working towards a solution to ensure this never happens again. I would like to say that I have the utmost respect for teachers and I appreciate greatly the job they do to provide our children with the education for a bright future, however I definitely believe there are a minority who take the issue too lightly and like in this particular case, poor communication was to blame! From the outcome of this situation I firmly believe there needs to be a more strict approach to the issue of bullying and the reporting process definitely needs to be revised by the education board.

This video shows the ‘behind closed doors’ reaction of children who are struggling with bullying, be it physical or emotional. Please ensure you always stress to your child it’s not a sign of weakness to show emotion and that talking to you is the most important thing! Your comments seem to have lifted a weight off her shoulders as she has seen first hand how she was not the only one who has been in this situation and how much support is out there! Once again, thank you to everyone who has sent us messages, both us as parents and Sienna are extremely grateful.”

This story was posted by Lee Davies. Submit your story here, and subscribe to our best love stories in our free newsletter here. 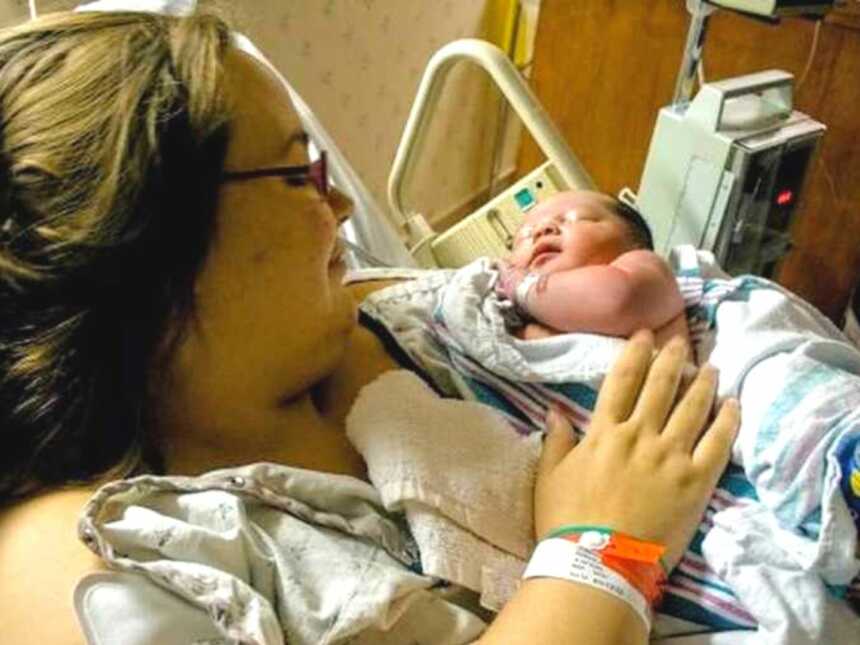 ‘My husband said, ‘Here’s a little money, you have to leave and find yourself.’ My addiction was killing the joy in everyone around me, even my kids.’: Mom of 3 shares powerful journey to sobriety

“I was introduced to heroin. Heroin invited meth, meth invited fentanyl, and pretty soon, it was just one big, drugged out party of hell. I was sleeping in abandoned houses, porches, outdoor elevators, dumpster enclosures, and sidewalks. I had boils all over my arms and legs, and the wound on my back was highly infected. I smelled like death.”