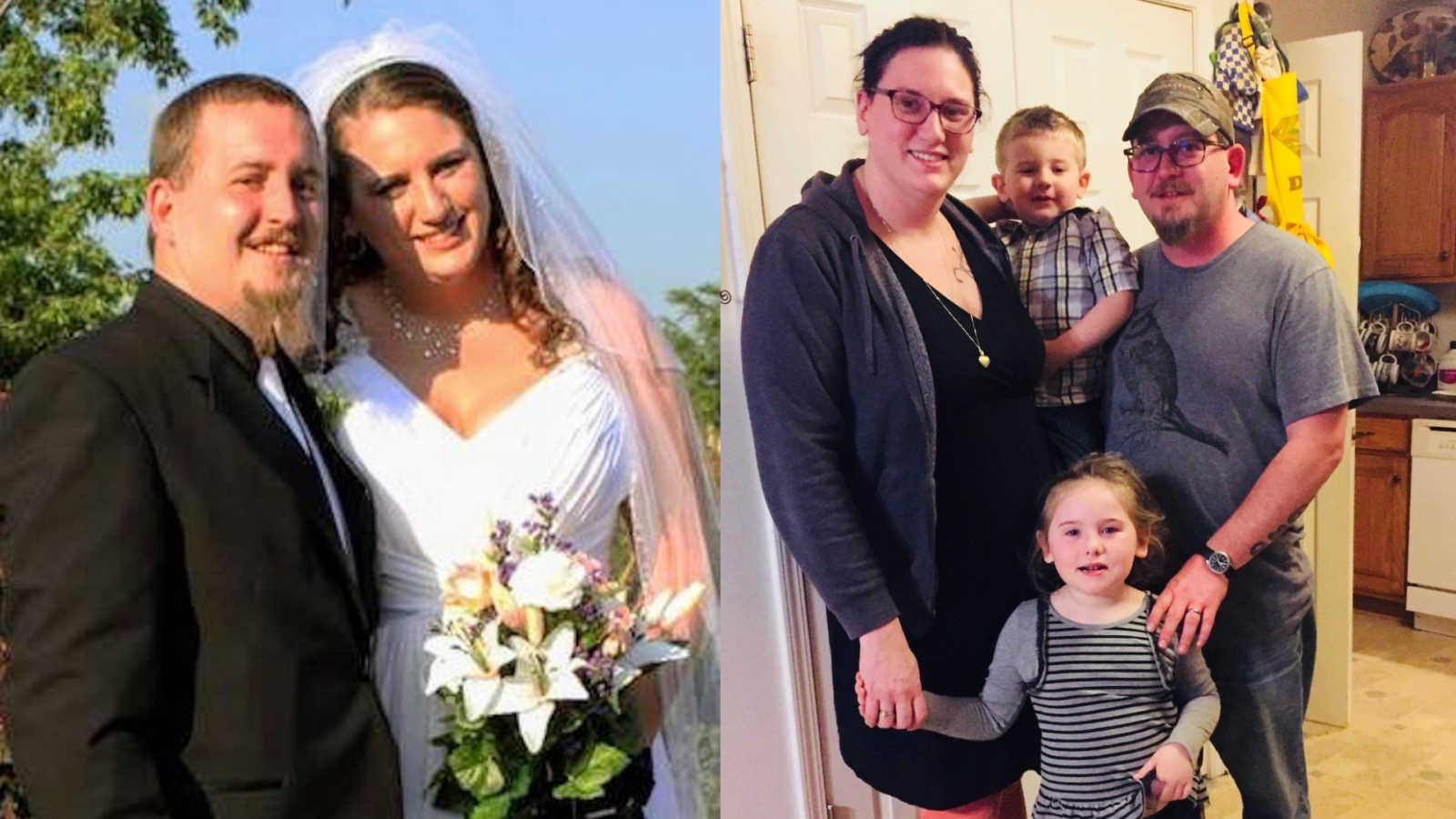 “July 9th, 2011, I married my best friend. We had a beautiful wedding with 200 guests, and we were so thrilled to start our new life together. In October of 2011 my new husband underwent a partial nephrectomy because he had Renal Cell Carcinoma, he was 25 years old. I don’t remember how long I was in that waiting room, but I do remember never leaving his side for three days after the procedure.

On our way home from the hospital we got the call that his grandfather had passed away. Our life as newlyweds was not starting off how I had always imagined it going. After he healed and we got the all clear from the doctor we started talking about starting our own family. Later in 2012 We began our fertility journey. Life had never been easy for us and this was another hurdle we had to jump through. After years of procedures and medications, doctors’ appointments, negative tests we finally decided in April 2013 that we were done with the treatment and started to plan our life not centered around having children. We adopted another dog (she made 3) and stopped worrying about it -as much.

After I had Clara, I went on birth control for a while, but I didn’t do well on it, so I scheduled an appointment with the OBGYN to get an IUD. The month before I had the procedure, I was pregnant again! In November of 2015 I gave birth to a son named Hunter. Right from the start Hunter had issues with breathing so he was whisked away to the nursery with dad right on their heels. He struggled to nurse, he didn’t smile, and he was never happy. He cried constantly except when he was in a swing or the car. I thought I wouldn’t survive his first year between postpartum depression and the fact he wouldn’t sleep a wink.

At about a year old we started really noticing Hunters delays. He wasn’t making eye contact, he lacked emotions, he was still on a liquid diet even through hours of failed attempts at feeding. Then the rocking started… it started as a gentle sway and turned into him throwing himself so hard into the couch he was literally putting holes in the wall. At 16-18 months old, we knew something was not right.

We had Hunter evaluated by early intervention and he began services in speech, physical, occupational and developmental therapies. Even with all these therapies Hunter was making no progress. We went to the pediatrician who referred us to a lung doctor for a chronic cough Hunter had been dealing with. We later found out it was actually aspiration and referred to a developmental pediatrics feeding clinic at Riley hospital in Indianapolis. It’s here we would really learn what was going on with Hunter.

As we sat in the room answering endless amounts of questions the doctor stopped what she was doing, scooted back from her desk and looked me dead in the eye and said, ‘I am confident I know why your son is having so many issues. I believe he has autism and I also believe he is having a seizure right now.’

You want to talk about blown away – I felt like I was punched right in the gut by the hulk. My heart sank into my feet. Hunter had tell-tale signs of autism and I wasn’t overly shocked by that aspect, but seizures? No way. Sure, enough he was! We started medication for the seizures and what we thought were him ‘spacing out’ stopped almost immediately.

After we started Applied behavior analysis therapy Hunter has developed into such a sweet and loving boy. He is nonverbal still at 3 and 1/2 but he speaks in so many other ways. His progress is testament to the necessity of early intervention for Autism.

Now, remember my super intelligent daughter? Turns out her express development was a sign of what we now know is Asperger’s type high functioning Autism. So, she also receives speech therapy and developmental therapy through our local school system.

Two kids with Autism has led me down a path I never imagined we would go. The constant love and support from our family and our community keeps us grounded. My husband and I will celebrate our 8-year wedding anniversary this year and I couldn’t imagine any other person to take on this journey with me. We have been so blessed and we have so much more to learn from our kids. We are an Autism home and we do things just a little different but that’s okay!”

This story was submitted to Love What Matters by Sarah Dodson, 29, of Columbus, Indiana.  Submit your own story here, and subscribe to our free newsletter for our best stories.