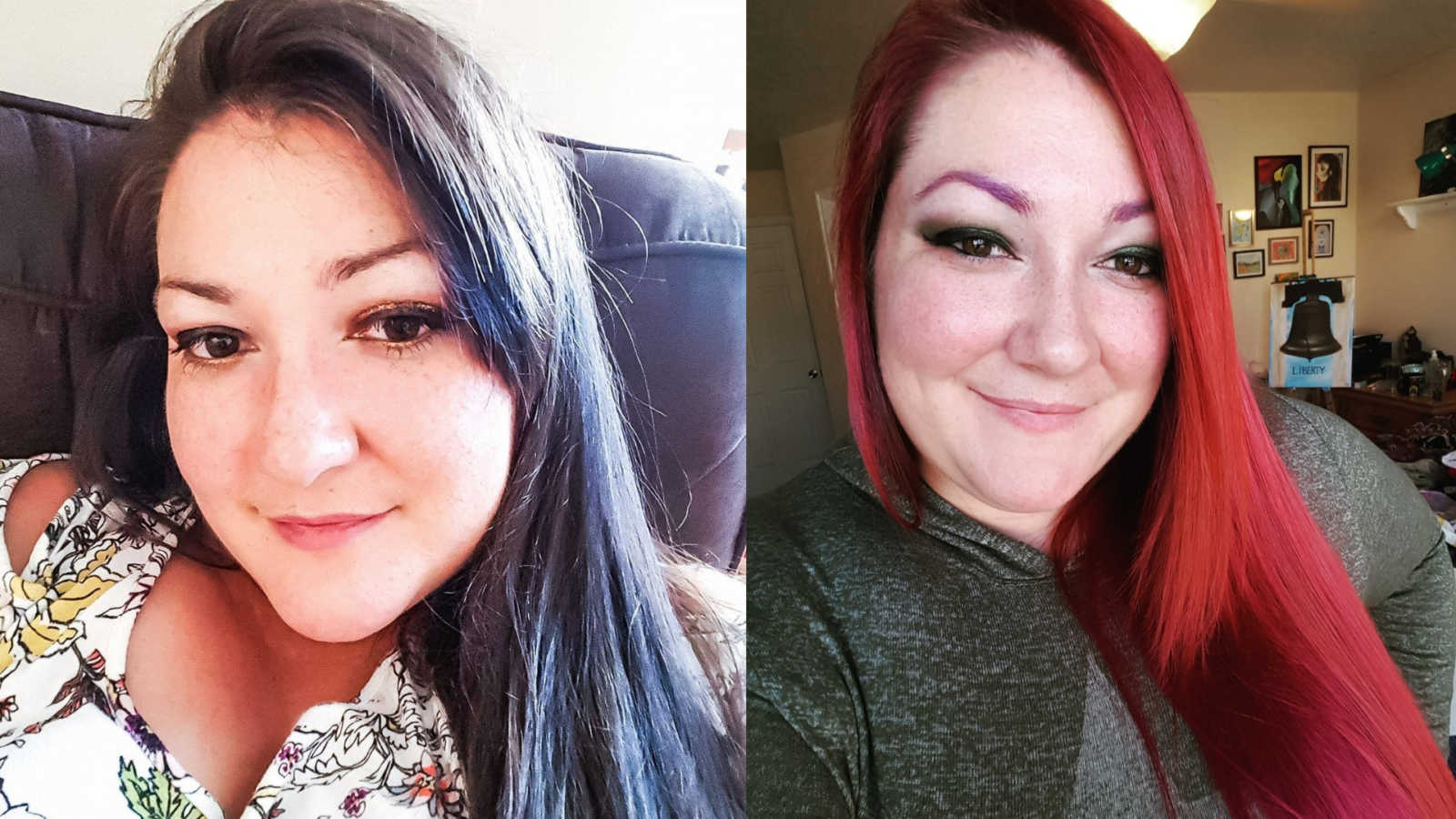 “I had just gotten home from a long day with our kids, hanging out with my sister and playing video games at her house. I was so excited for my husband to get home from work that night. Once I got the kids tucked in and got settled down, I decided to give him a call to see how far out he was. It was a conversation that would completely change my life.

He picked up the phone and I could already sense a different tone in his voice. ‘Are you doing alright?,’ I asked him because he seemed a little down. ‘I’m doing okay,’ he replied. But I pressed him because I could tell something was different. Being the self-conscious person I am, I asked him if I had done something to upset him. He replied, almost annoyed, ‘I guess nothing comes to mind right now…’ Confused by his answer, I said, ‘Right now? That seems like an odd thing to say. What did I do? Are you and I okay?’ I assumed he was going to laugh and say of course things were okay and he just had a bad day. But instead, his response was, ‘I don’t know. It’s complicated.’

Starting to feel panicked and a little worried, I said, ‘Complicated? So… we aren’t okay? What did I do? Like… Do you still love me at least?’ I just needed to hear him at least say he loved me. But unfortunately, his response again was, ‘It’s complicated.’ At this point I was starting to be almost frantic, not knowing what was going on. Completely panicked, I said, ‘I mean, you still want to be with me though, right?’ Frustrated, he replied, ‘I don’t know, this is way too complex of a conversation to have over the phone. I don’t want to talk anymore.’ And the phone conversation ended.

We’ve been together for 12 years and married for 11. I got married at 18-years-old, not even 2 months after graduating high school. He is 9 years older than me and has so much more life experience than I do. We have three beautiful children together who are all still quite young, 7, 5, and 2 years old. I know marriages are not perfect, but I felt like we were solid. He wasn’t perfect but I loved him, so it didn’t matter. I tried my hardest to be the best wife and mother I could be. We had countless conversations, even recently to this, about how lucky we were to have each other. He’d never talked to me about any frustrations he’d had with me, or our marriage. I was frantically thinking back to any conversations we had that maybe I had forgotten about. But I could not think of anything we said in the past few years, to be honest, that seemed tense or like anything was wrong. We just purchased our new townhouse and had only been living there for 2 years.

The next few days were extremely rough. He arrived home from work around 2 in the morning and would immediately head to bed, not looking at me or wanting to talk to me in any way, shape or form. I went upstairs to talk to him and he told me he didn’t want to talk because he was tired. So, with tears in my eyes, I went downstairs and cried myself to sleep on the couch. It wasn’t until 24 hours later that he finally decided to have a conversation with me.

I remember walking out of the shower and hearing him and the kids talking while sitting on our bed. My heart stopped and my face went cold as I heard him say to our children, ‘Well, I don’t know how much I will be seeing you guys for the next little while.’ I threw on some clothes and asked the children to leave the room. I climbed on top of the bed and asked him to tell me what in the hell was going on.

He told me he simply did not love me anymore. He told me he loved me more like a sister, and that he had felt this way for over a year. My heart sank and a pit grew in my stomach as I asked him why he never talked to me about it. He replied with something along the lines of, ‘How do you bring something like that up to somebody? You don’t want to be with someone who doesn’t love you, do you?’ I started to cry. I couldn’t believe this was happening. I had no idea why it was happening. ‘What did I do wrong to make you feel this way?,’ I asked. He told me I did not do anything, that it was all him, and he just simply started to fall out of love with me and didn’t know how to re-wire his brain. I told him how for the last few years whenever I had tried to initiate sex, he would turn me down. I always I thought maybe he had just been tired because of his work schedule. This is when he made the horrible comment that crushed any ounce of self-confidence I had left.

‘Well, having sex with you is hard since you’ve started all these diets but never stick to any of them.’

My heart fell to the floor. I immediately responded, ‘Yeah well, having 3 children and a crappy thyroid and thyroid surgery will do that to a person, and make you heavier and make it harder to lose weight.’ I gained about 70 pounds (including baby) during my pregnancy. It was rough. I didn’t have gestational diabetes or anything, but years later, I found out I had thyroid issues which lead to thyroid surgery to remove a golf ball-sized nodule. I was diagnosed with Hashimoto’s Thyroiditis.

‘Well, I guess it really isn’t that,’ he said, and then continued to talk about how I never keep the house clean enough and how I yell at the kids sometimes. When I defended myself, he replied with the same statement – that actually wasn’t the reason why he was leaving me, either. He simply kept on saying he fell out of love with me, and didn’t want to be with me anymore.

He started talking to me about child support and alimony and how I should probably go stay with my parents. He had obviously been thinking about this for a while. I told him I refused to uproot my three children and leave the home we had made, when he could easily go by himself. He refused to leave and continued staying at our house for a couple months.

I later found out from friends and family he had cheated on me with a girl in Colorado. Apparently, he met her online and since he travels for work, it made it too easy. He still continues to deny that he cheated, but my trust in him has been completely shattered. I have no reason to believe the things he says to me anymore.

I called my parents, my best friend, and my sister. I had such an overwhelming amount of support from my family and friends, I can’t imagine what I would have done in those first few months without them. They got me babysitters and forced me to leave the house when I was spiraling into depression. They lifted me up and made me feel empowered that I could be my own woman and take care of my children on my own if necessary.

I started seeing a therapist as well to deal with some of my self-confidence issues I’ve carried with me my whole life. I’m still on a journey of self-acceptance and self-love after my divorce. I feel that every day I can look at myself in the mirror just for an extra second and know how beautiful I am inside and out, and it will only get better from here. I have had to learn that your beauty is not dependent on what someone else’s opinion is of you. And the love you deserve is also not dependent on what someone else thinks you deserve. I know I am beautiful, I know I am smart, and I know I am kind. And the hurtful words of others, while they might sting for a moment, do not define who I am.

I still have a long way to go, and I don’t know how I will be able to trust another man in the future when I decide to be in a relationship again. But I do know I am loved by my family and friends, and most importantly, by myself. If you are going through a divorce or hard times in your life, reach out to your family and friends, it will make the journey a lot easier. Clinging to the love of my children, and the love they have for me, is what has helped me the most.”

This story was submitted to Love What Matters by Camille of Utah. Do you have a similar experience? We’d like to hear your important journey. Submit your own story here, and subscribe to our best stories in our free newsletter here.

‘My husband waited up for me. Surprised, I sat down and asked about his day. I didn’t get very far into my question. He somberly turned off the TV and leaned forward in his seat.’ 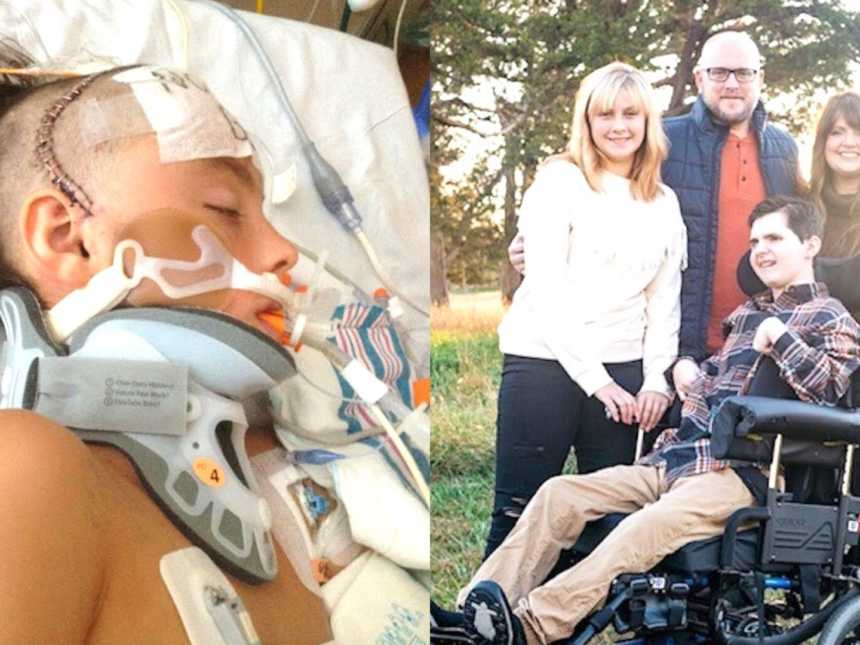 ‘I ran barefoot down the street. My little boy was lying in the road. He looked so precious, like he was sleeping. Then I saw the blood.’: 12-year-old suffers traumatic brain injury, ‘He’s our miracle’

“I ran out to the helipad. I could see his sweet little nose, the dimple in his chin. He had dried blood on the side of his face but he looked peaceful. ‘Baby, you’re going to be okay. Jesus is with you.’ I had faith.”