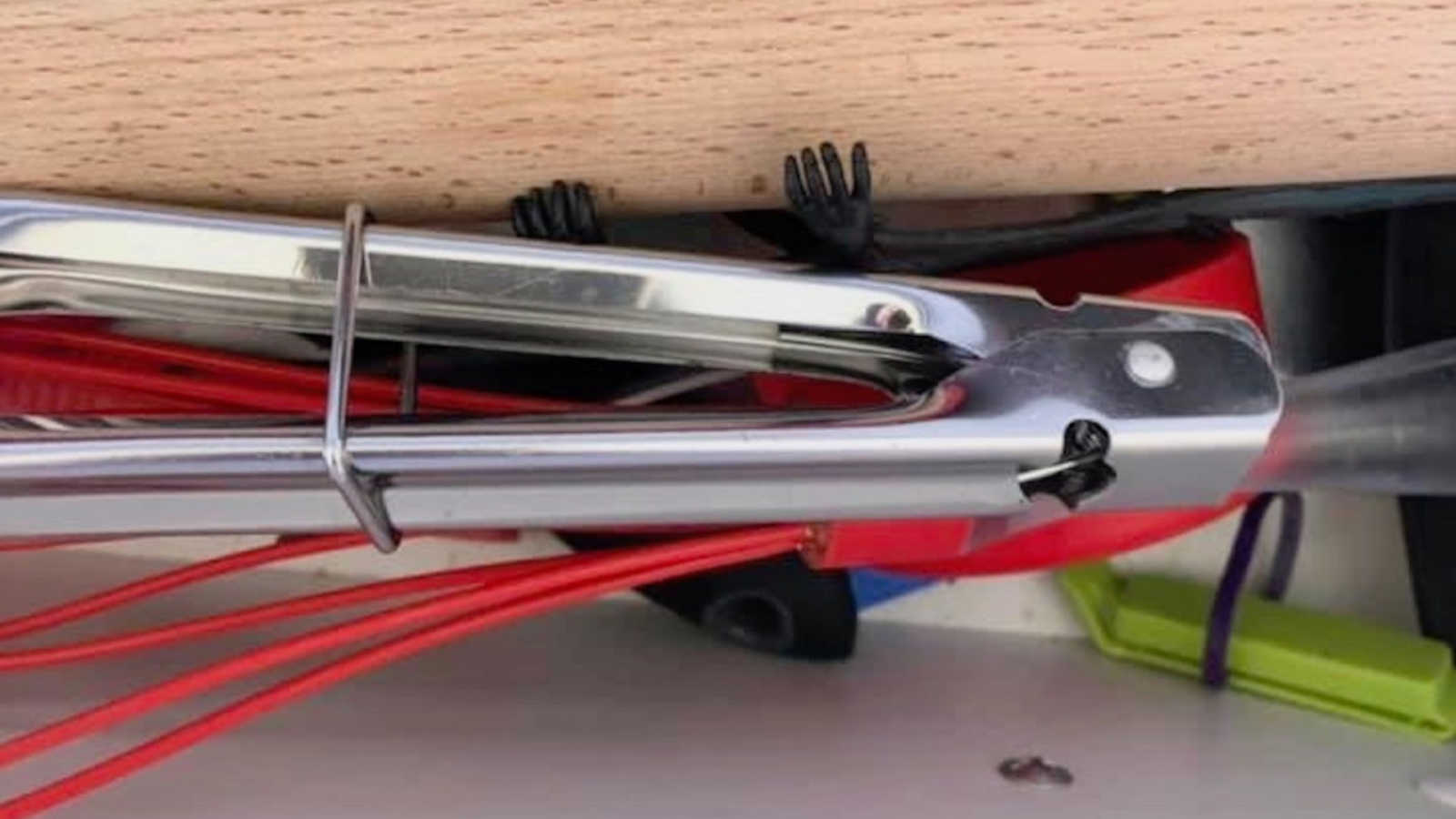 “You ever open a drawer to see two little hands cradling a rolling pin?

I hate spiders, mice, bugs, all of that. Hate it. Can’t stand it. The thought makes me want to vomit and scrub myself with sandpaper until I see the last layer of skin. I just don’t cope well mentally. So, I didn’t bother to investigate thoroughly, and you can imagine my disgust when I saw this… these little claws.

I’m in constant fight or flight mode naturally and when I see sh*t like that, I am both.

So I gasped like a Hollywood star, took a photo (cause I’m a millennial) and slammed that drawer so hard it’s reopened quickly, which scared me so I started flapping around like a cockatoo, squawking.

Irrational? Yes. Necessary. Yes. Lack of sleep? That too.

Even the builders across the road came outside to see what was going on with the crazy kid lady across the street.

‘Kids, I don’t want to alarm you, but there is something in that drawer and we may have to leave the house,’ I said, half joking, half already packing for the end of the world.

Now please know since we have moved to a new house, I have found bugs I didn’t know existed. Lizards, birds, there was even this bug/butterfly that looked like it had eyelash extensions. We are in the bush and you know what they say about Australian bush land: Everything will kill you.

And I was not prepared to die today. I still have so many unused Mother’s Day massage vouchers. I have a lot to live for.

So, guess who got the call? Yep. Poor hubby.

‘There’s like, tiny hands in the drawer… and maybe it’s my medication and I’m finally losing it, but I can see tiny black hands.’

‘Like there’s an animal, or an insect or freaking gizmo in the drawer, but I can see hands. Maybe I’m losing it.’

Him: ‘I’m sure there is nothing in the drawer, it’s probably a toy.’

‘Nope, it’s moving, I can hear it. It’s plotting our deaths.’

I could hear a ticking noise (which I later found out was the dishwasher).

‘If you come home and we have all been bitten and we are dead because of this thing with tiny black hands, then that’s on you.’

‘I’m writing a note that says you killed us so the police will think it’s you.’

He just hung up… anyway, it’s a familiar scenario for me and sadly for him when I thought a pet toy was a dead mouse. I’m still traumatized. But I wasn’t going to call him back in case I was wrong.
There was more clicking noise so I went and got bug spray, because I thought if anything, I could fumigate the house and whatever it is might die and we will never open that drawer again.

Despite all my fears I raced over, because I thought, ‘Ok there’s something alive in there and she thinks it’s cute and it’s probably chewing through her bone and the shock hasn’t hit her and she will turn into a vampire.’

She picked it up and waved it in my face.

And then my son turned to me, my 4-year-old turning 5 in a few weeks, with the most smugness I’ve ever heard a 4-year-old use, slapped his face and said, ‘God mum, you’re so hysterical. It’s just a pterodactyl.’

Yeah, they’re extinct and you become hysterical over the wrong colored cup, so jokes on you kid.

Once again, my children’s toys sending me into an early grave.

The pterodactyl/bat fish eater has now been re-homed, in the bin. Along with my husband, who laughed for 45 minutes straight as apparently the neighbor thought one of the dogs had gotten stuck in the fence and was howling and told him to check them.

‘I send mind blowing messages that get him going. ‘Hey, buy the super absorbent pads, it’s raining Niagara Falls over here. And the baby vomited in my mouth, so some mouthwash, too.’: Mom hilariously recalls differences in sex life after you have children