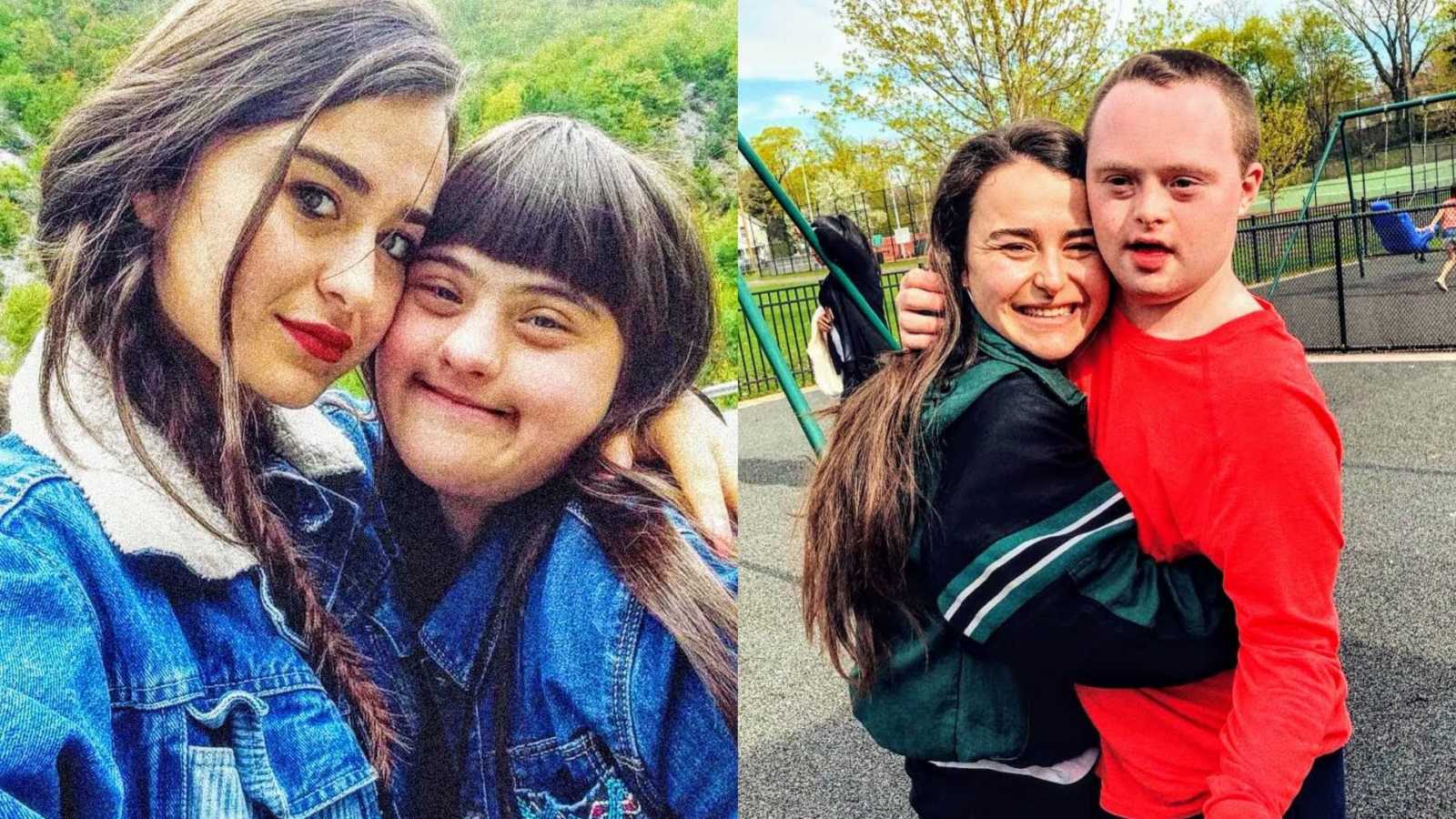 “My name is Fjolla. I was born in 1993, the same year my cousin Meriton was born. During my childhood, I never understood why people used to stare at him. No one told me he had special needs. I was seven when I first heard Meriton had Down Syndrome and I had no idea what it meant. My parents explained to me that Meriton needed extra help to learn things, as simple as that. He’s the reason I decided to dedicate my life to those with an extra chromosome.

When I was just a kid, I had no clue how hard life would be for him and how cruel people could be. During my teenage years I was always with Meriton and his friends, Aldi and Lili, and we used to go out for coffee, for walks, basically everywhere. I was forced to teach them how to face prejudice and be independent. The whole time, they were teaching me how to be a better human being without me even realizing it.

You could tell when people felt ashamed by their presence and I was struggling to understand why it was so difficult for my peers to treat all people like, well, people. Imagine being a teenager, having Down syndrome, and living in a society where people don’t accept you just the way you are.

I decided to help them myself the best I could.

In 2011, I became a volunteer at Down syndrome Kosova so I could contribute even more for the people I love most. I attended various trainings about how to spread awareness for people with Down syndrome and for their early intervention. I wanted to get more and more involved in their lives and help their voices be heard. Sadly, they still aren’t.

My friends with Down syndrome have taught me how to be myself. They accept me for who I am because all they see is the goodness in people. Throughout the years, I’ve also learned to change my language when I talk about Down syndrome.

It’s the difference between saying ‘those who are sick with Down syndrome’ instead of ‘people who have Down syndrome.’

I’ve also learned that there are a lot of misconceptions. I often hear people say, ‘They die very early. They don’t live more than 14 or 15 years’ rather than observing that the average life expectancy for a person with Down syndrome has significantly improved. These days, you can meet people with Down syndrome who are in their 60s.

Here are some other things I often hear, and a better way to say it:

‘They can’t do anything alone,’ rather than saying, ‘Your friends need a little bit of help to get what they want in life.’

‘I’ve seen you with that sick friend,’ rather than saying, ‘I’ve seen how happy you are with your companion.’

‘You have a lot of nerve and patience to spend all your time with them,’ rather than saying, ‘How lucky you are to be surrounded by all that love.’

Instead of saying, ‘Those people all look the same,’ rather than observing that people with Down syndrome have some similar physical characteristics but still share a resemblance with their families and are unique in their own ways.

‘Those people are always laughing and happy,’ not understanding that people with Down syndrome experience all emotions, just like everybody else.

‘Those people you are dealing with,’ rather than saying ‘your friends.’

‘They are a burden to society. They can’t be left alone, and they always depend on someone,’ rather than saying, ‘With a little help, people with Down syndrome can have independent lives and actively participate in society.’

‘I feel so bad for their family members who see them like that every day. It must be very hard for them,’ rather than saying, ‘I feel so happy that their families do not see them differently and enjoy their existence.’

When I first used to hear these types of comments, I was very surprised. I couldn’t understand how humans could feel or think this way about another human being. But now I’m immune to it because I realize they do not understand that words can hurt and that pure love does exist, it really does. My friends with Down syndrome are living proof of that love. And I’m glad to know them.”

This story was submitted to Love What Matters by Fjolla Rraci. You can follow her journey on Facebook and Instagram. Submit your own story here and be sure to subscribe to our free email newsletter for our best stories.

‘They’re a burden to society. You’ve got a lot of nerve spending time with them.’ I didn’t understand how others could think that.’: Woman ‘dedicates life’ to helping those with Down syndrome, says they’re living proof ‘pure love exists’

‘I wanted to make it a night to remember.’ Football player goes all out with Promposal to make girl with Down syndrome ‘feel like a princess’ at Prom