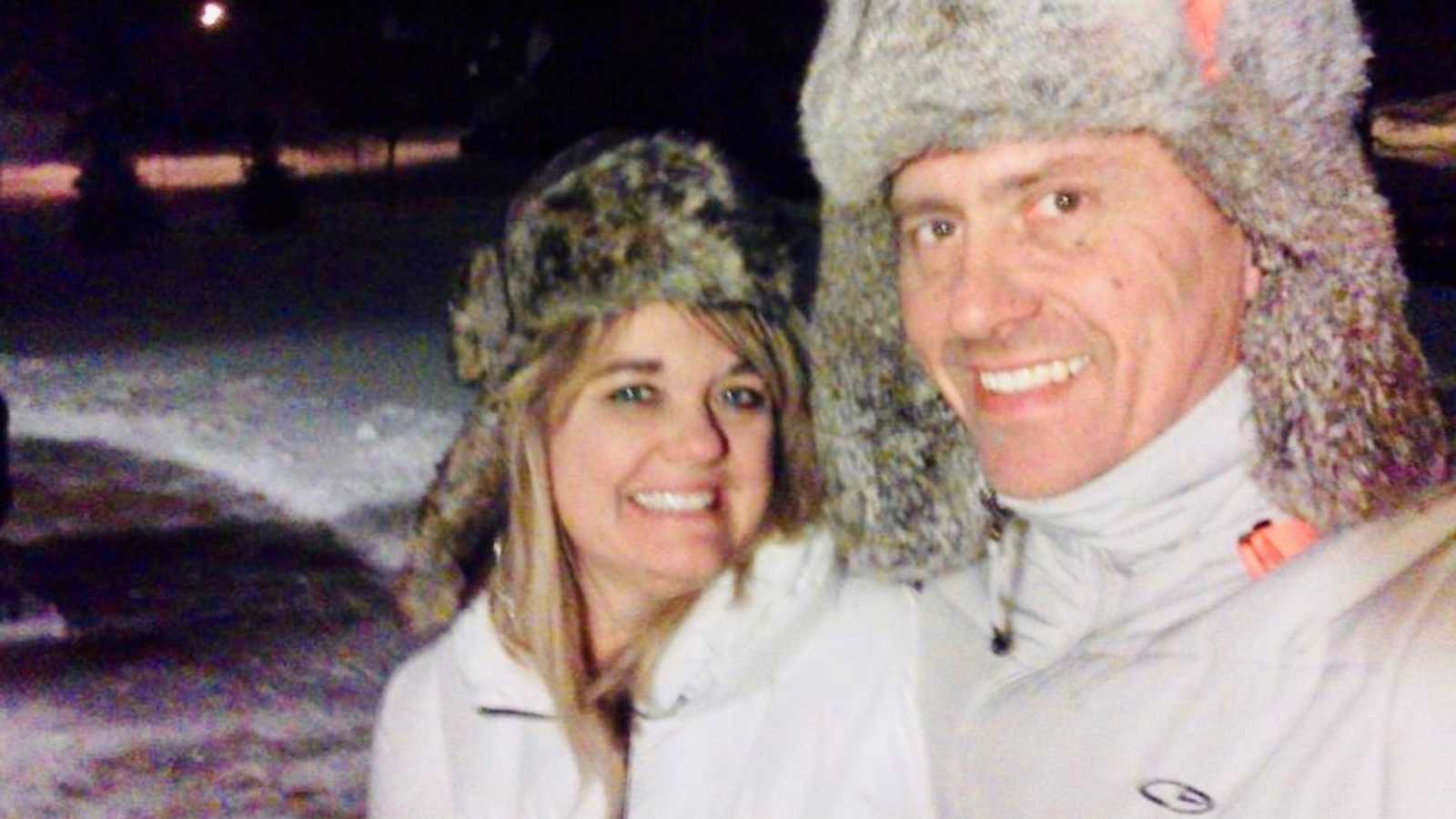 “It was his gentle way of teasing me about taking up the whole garage with my lack of spatial relations, and having to come inside many times to get the keys to move my car over.

It was walking aimlessly through the grocery store just looking for something he could eat that wouldn’t make him sick, and not being able to go inside that same store for 3 months after he died without crying.

It was the way he drove up to the school to get my child in a blinding snow storm so neither she or I would have to drive in it.

When we got the news that the trial wasn’t working anymore, and death was coming soon I was driving us home from Ohio. I started crying, and couldn’t stop. He held me on the side of the interstate. Then he took over driving.

It’s the nightly prayer I say asking God to take my loneliness away.

It was that first kiss. The one that caused me to put my hands on his arms to steady myself afterwards.

It was the first Christmas when we agreed to buy each other small gifts, and he bought me a laptop. Because I needed a new one, and couldn’t afford it. The same one I am typing on today even though the k sticks, and I have to push it really hard.

It was sharing a hospital bed way too many nights, even though I know it had to be uncomfortable for him, and they had to put an extension on it because he was so tall.

It was every time the hospice people asked him if he had any worries, or if they could do anything for him, and he would answer that he was only worried about me, his wife.

Laying in the hospital bed near the end when he told me he was scared, and to please not leave him alone. We held his hand, and sat bedside for those last 4 days straight.

It was stuffing down the gut wrenching fear, and trying not to cry because he said he wanted his last days to be happy and without tears.

When we had been dating barely 2 months, and he would come over and plow my driveway of snow, despite working, having his own house to take care of, and going through chemo.

It was taking care of us. His family. His children. His wife. Working all those years, sacrificing, doing without to save for a retirement he would never live to enjoy.

It was me helping him shower the last two months, because all the drains and tubes made it impossible for him to do it by himself. The grief I knew he was dealing with at the lack of privacy, and having to surrender to yet another thing that cancer took away.

It was the way he liked to watch me get dressed, and how I would feel his eyes following me as I slipped into my clothes.

The endless hours of those dumb car shows, auction shows, the shows on how to live in the wilderness with a rubber band, and duct tape that I had to suffer through.

It’s opening his work bag after he died, and finding his pink pen. The same pen that he told me he carried because he knew none of his work friends would steal it because it was pink.

It’s how I’ve had to let some of it go now. The loss too devastating. The lure of trying to live in that place, pulling me back.

It’s the yearning for people to say his name, to remember him. To remember us.

This story was submitted to Love What Matters by Anne Sabatos of Canton, Michigan. You can follow her journey on Instagram and her blog. Do you have a similar experience? We’d like to hear your important journey. Submit your own story here, and be sure to subscribe to our free email newsletter for our best stories.

Read Anne’s backstory of loving and losing her husband:

‘I have something I need to tell you.’ He was rubbing his hands together nervously. I looked him in the eyes, and said, ‘You can tell me anything.’ My brain couldn’t process it.’