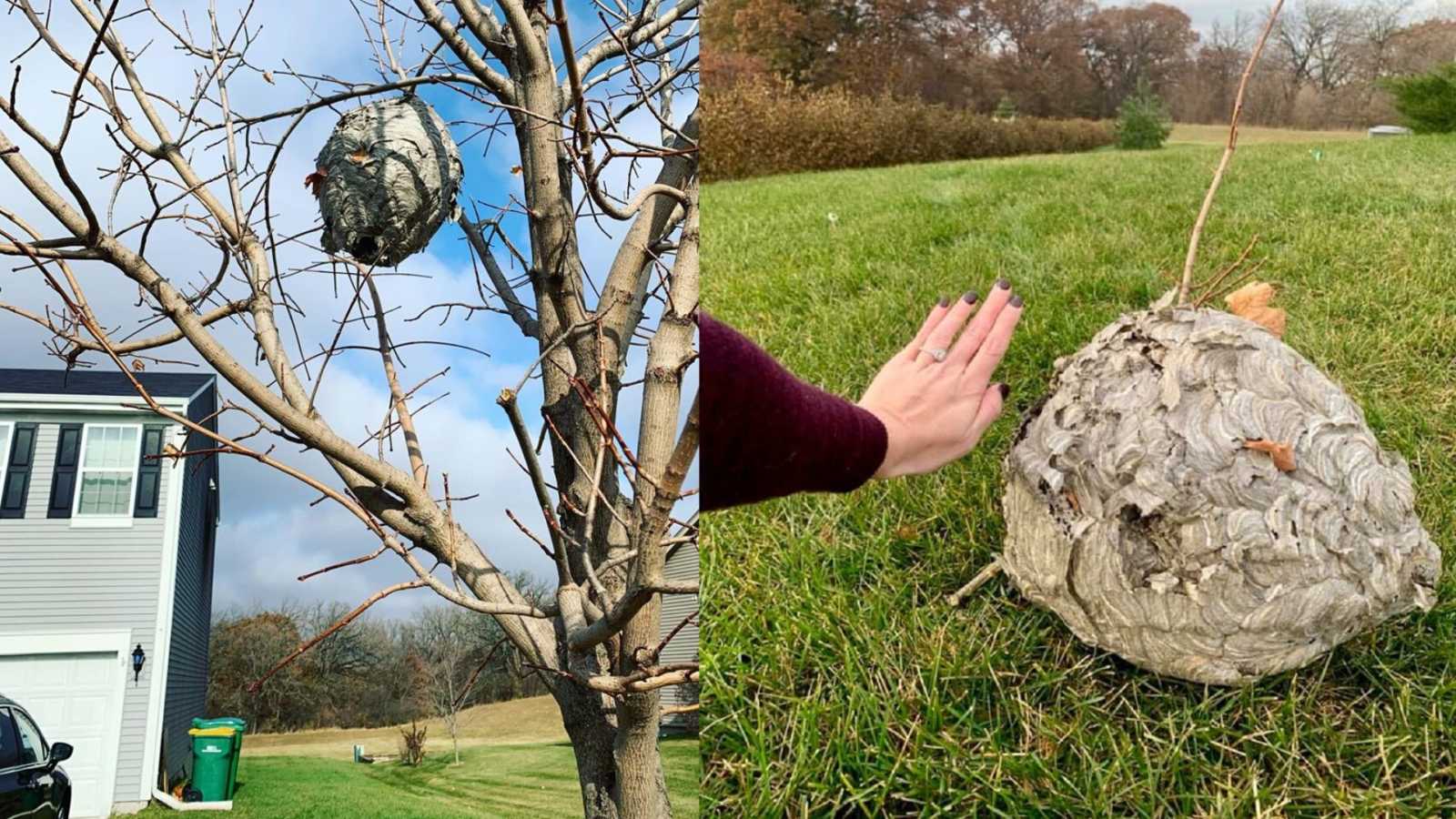 “An open letter to the person who called 911 on my beehive. (I’m cracking up).

I joke that we live in Pleasantville because everyone in our neighborhood is such a weird, cool but necessary character and we’re up each other’s asses in the best and worst way possible. We are super tight knit.

So, to my surprise, someone was just pounding on our door and it was a cop in the middle of the morning. He told me that someone had called about… our garbage cans being by the garage door. THE AUDACITY!! And they couldn’t be in FRONT of the garage door, they had to be on the SIDE of the garage door. (You legit can’t even see them because the truck blocks the view, but I digress).

I was like, ‘Oh my God!! TOTALLY fine, I’m sorry.’ I move them no problem and I told him that we needed to have a special pick up yesterday with Waste Management and so I had left them next to the garage door because my husband Ty can’t do any lifting or bending with his back. But then I was also like, ‘Waiiiiit a sec… screw whoever called on us!’ Like ok, Petty Boop. It’s like that, is it?! Come to my house and knock on the door – we all know each other VERY well. My trust is totally violated, just say move your crap and I will. I’m totally chill. And YOU know it. Yeah, you.

The officer was like, ‘I completely agree. This just creates tension between folks instead of handling it themselves like adults.’ And out of NO WHERE he’s like, ‘That’s a big beehive you got there!’ I looked up to my beloved, my precious. Like he really wanted to talk about it – and I was here for it. No one knows this, but I’m REALLY proud of that thing because my girlfriend who’s a nature enthusiast said we could preserve it.

I felt like someone noticed I got a new haircut or told me my but looked good because I’ve been waiting patiently to take that bad boy out of the tree. I was like, ‘OMG ISN’T IT AMAZING?! I’m going to dry it out and paint it with the kids for Christmas!’ Like I was soooo happy he complimented it (aka just recognized it existed). And he was like… ‘Errr yeah… have a good day!’ I was all, ‘be safe!,’ and we mentally high-fived while I basked in my hive’s glory.

The second I close the door I call my next door neighbor who’s a man of God and said, ‘You are not allowed to lie to me: Did you just call the cops on our garbage cans?’ And he said, ‘Are you f’n kidding me?!’ We die laughing, I almost pee my pants. I text my other girlfriend in the neighborhood that I’ll give her $50 scouts honor if she finds out who it was. Then I text my other neighbor because we love this gossip – someone was so bored they went for the gold. Then it clicked.

It’s the neighbor everyone loathes because he’s been doing this forever. A neighbor that I have defended for FIVE YEARS! FIVE. YEARS. I HAVE ACTUALLY BROUGHT SAID PERSON’S GARBAGE CANS UP TO THEIR HOUSE DURING A STORM. Like what?!?! I was like, ‘That little mother trucker, how could you?!’ Ty said he was going to talk to him because he’s like a human lie detector test, he’d know immediately if it was him. My heart skipped a beat – oh how I love my man. I called all the neighbors and told them to run upstairs to their windows to watch.

Father (Godly neighbor) and I were doing a play by play through our windows, waiting to see if we needed to step in and FINALLY Ty comes back and said he admitted everything. We were like, ‘whatttt!!!’ BUT THEN… then… he said that while they were ‘talking,’ all of a sudden Mr. Wilson’s crotchety dusty self blurts out, ‘AND I told them about your beehive!’

Y’all… like a child that’s been caught red handed. He confessed to everything. He called 911 on a beehive in front of our house.

First things first. How DARE you! That is my special beehive. Second, you invited the cops into my house for nature and a chore?! That I didn’t build or finish yesterday. The creatures did that and it’s beautiful, bee-lieve that. Third, it made complete sense about why the cop was trying to casually mention the hive. I triple dog dare you to touch it if you ever read this. LAST BUT NOT LEAST, most importantly, I HAVE STOPPED MID-RUN TO BRING YOUR GARBAGE CANS TO YOU. TWICE. Be a good human. Walk over and put them on the side of our house. Just like I did… cause nice is cool.

As a retired police officer himself, my husband Ty has had calls about:
Coyotes
Foxes
Skunks
Someone being rude
Penguins that were actually a tree
And one UFO, but it was def a UFO so sue me

But never this. And so the story goes, mind your beeswax because cause your neighbor might be a bigger jerk than you. And now the most important part of all, PLEASE spam me your with ideas of how to decorate this so I can use it like the leg lamp in A Christmas Story. I want to bedazzle this thang, light it up, glitter, what do y’all got?! Anything petty and bright I’m down with!

This story was submitted to Love What Matters by Sydney W of Strollin With My Homies. Do you have a similar experience? We’d like to hear your journey. Submit your own story here. Be sure to subscribe to our free email newsletter for our best stories, and YouTube for our best videos.

‘My husband is on the floor, eyes closed, moaning, ‘Syyydd. I can’t see.’ Is this a joke. He has a flu symptom that doesn’t even exist. Actually I can’t. I should leave. Where is this dude’s mom.’