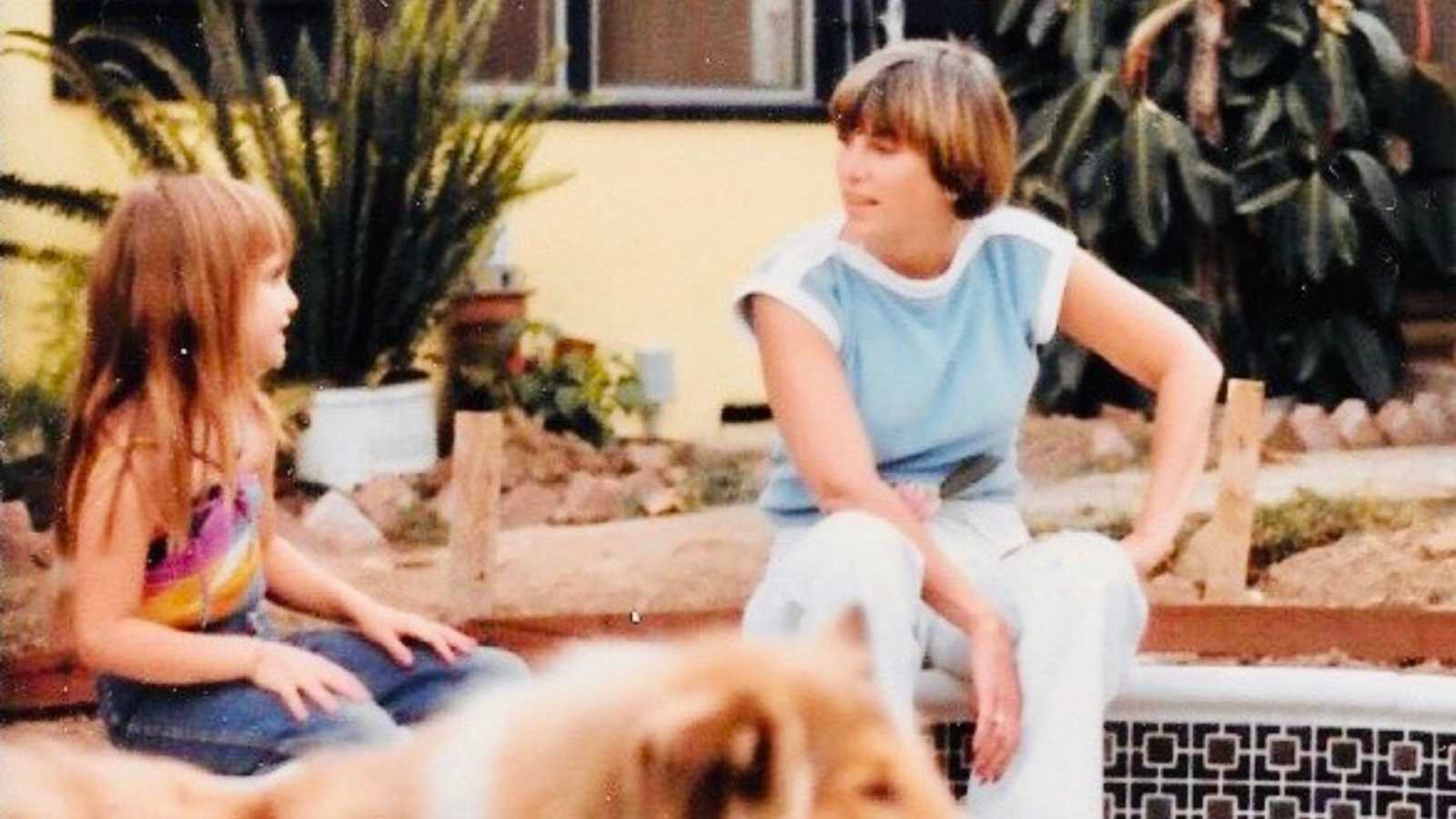 “I rarely, if ever, got sick as a kid. It wasn’t for lack of trying though, because I knew if I was sick, then I didn’t have to go to school. I think my mom taught me that ideology when I was 4, after she and her friends had a ‘chicken pox party.’ You know, the kind of party, when back in the day – one kid would get the dreaded disease so all the other moms would bring their kids over hoping their kid would get it and be done with it. I’ll bet they sat around and drank wine while making the kids play ‘Ring Around the Rosie,’ or any other game that required them to hold hands. Of course, with my mom and her friends, it was probably ‘Twister,’ but you get the picture.

Oh yes, I did my best to fake it as much as possible, even one time channeling my inner ‘Ferris Bueller.’ I don’t know how long I held the mercury thermometer up to the lamp, but I’m pretty sure my mom caught on when my temperature was 112, and I wasn’t dead. I tried to fake it so many times that when I woke up one morning with a searing, hot pain in my eye, my mom mumbled the phrase, ‘There better be something in your eye,’ more than once on our drive to the ophthalmologist. For the record, there actually was a metal sliver in my eye that the doctor had to pull out like a splinter you’d find after a rough day playing on the playground. Except, somehow this sliver magically appeared while I was asleep. I never did figure that one out, but I guess that was just the beginning of the way my life would go.

Thankfully, I never broke a bone until I was an adult with a gaggle of kids, and only then did I break it after tripping over the cat that one of my kids brought home and decided it should live with us. Maybe it was in the way, or maybe it was slippery because of the sunscreen my daughter lathered it in. After all, we wouldn’t want the cat to get a sunburn, now would we? I did, however, break open my chin one time after a heated game of ‘who can sharpen your pencil quicker’ with my brother. Apparently he could, because as I ran to the old pencil sharpener that was fixed to the kitchen wall, I tripped over myself and went down – right on my face. I guess my babysitter thought a couple of butterfly bandages would hold my skin in place, even with bones hanging out. My doctor had a different take on the situation, and after six stiches, I was back to bouncing off the walls.

That was until that one day when the itching started. Then the fever. Then the horrible, red rash that covered my 8-year-old self. Not even my mom could deny that there was actually something wrong with me and rushed my calamine-soaked body to the doctor, where he promptly announced that I had Scarlet Fever. My eyes got as big as sand dollars, my little heart raced, and my life flashed before my eyes. Afterall, the only time I had ever heard that diagnosis was during an episode of ‘Little House on the Prairie,’ and pretty much everybody died or went blind. I wasn’t sure which fate was worse. Would I never be able to see John Travolta dancing in ‘Grease’ again?  Would I have to go to the same blind school Mary Ingalls went to? Would I ever see the sparking blue eyes of my childhood crush again as he nailed me with the dodge ball? I just didn’t know what to do, or what to think, or how to beat the awful plague. So, I did the only thing I could think of in that moment. I cried.

I was sure death was near when my mom brought me home and laid me down on crisp, clean, white sheets and offered to make me my most favorite sick-time meal – peanut butter and lettuce on white bread. I have no idea how that even became a thing, but it was cure-all as I was growing up. But not this time, I was sure of it. There weren’t enough disgusting foods, or oatmeal baths or soothing songs to cure me. No. I was going to die and all I could think about was how I wished my hair was longer so that the curls would cascade over my shoulders in my coffin as the town folk came to view me covering their mouths with handkerchiefs like Mrs. Olson did, so not to breathe in the disease. I even thought about what my epitaph would read, ‘Here lies a girl, taken too fast, she should’ve gone to school and studied in class.’ I promised God in that very moment if he let me live, I would never fake sick again and I would learn how to find the circumference of a circle.

By the time my mom returned with my sandwich, I was drowning in a puddle of tears. She slid into the bed next to me, wrapping her arms around me, hugging me and rocking me back and forth as I protested. I instinctively threw the back of my hand to my forehead and wailed, ‘Go!  Save yourself!’ I dramatically wailed that I could not be responsible for giving her the plague and pushed her away. She giggled until she laughed from her gut. I stared at her, unamused and not understanding the humor in my impending demise. Although, to this day I do think she liked my brother better, so there was that.

When she regained her composure, she pulled me in closer and explained. She explained how I was right. That people did once die from Scarlet Fever, and then she explained to me what an antibiotic was and promised me that I would recover and never miss an episode of ‘Dukes of Hazzard’ again.

If I didn’t mention it before, she was a teacher, and an incredible storyteller. In fact, I think I get my love of writing from her even though she wasn’t a writer. It was just the way she explained things and how everything was a teachable moment. She taught us how to recognize poison ivy, and where to find the Big Dipper. She taught me to wonder what the Native Americans thought as they came over mountains and looked over the big, wide-open plains before people and cities took over. She told us the reasons behind things, and entertaining trivia about boring facts that we had to learn. She made up an entire skit to a speech I had to memorize and acted it out on the sidelines while I was giving it, so I didn’t forget what came next. She always made everything make sense.

So, on that day, as I wiped my tears, it wasn’t just that peanut butter/lettuce concoction that eased my worries. And it wasn’t just the pill that cured me. No. It was my momma. It was always my mom.

PS:  I never did figure out how to find the circumference of a circle, but I promise I tried. I really did. Well, at least when I actually showed up for math class.”

This story was submitted to Love What Matters by Diana Register of Meridian, Idaho. You can check out her books here, and her podcast here. Connect with Diana on her author Facebook page, and Instagram.