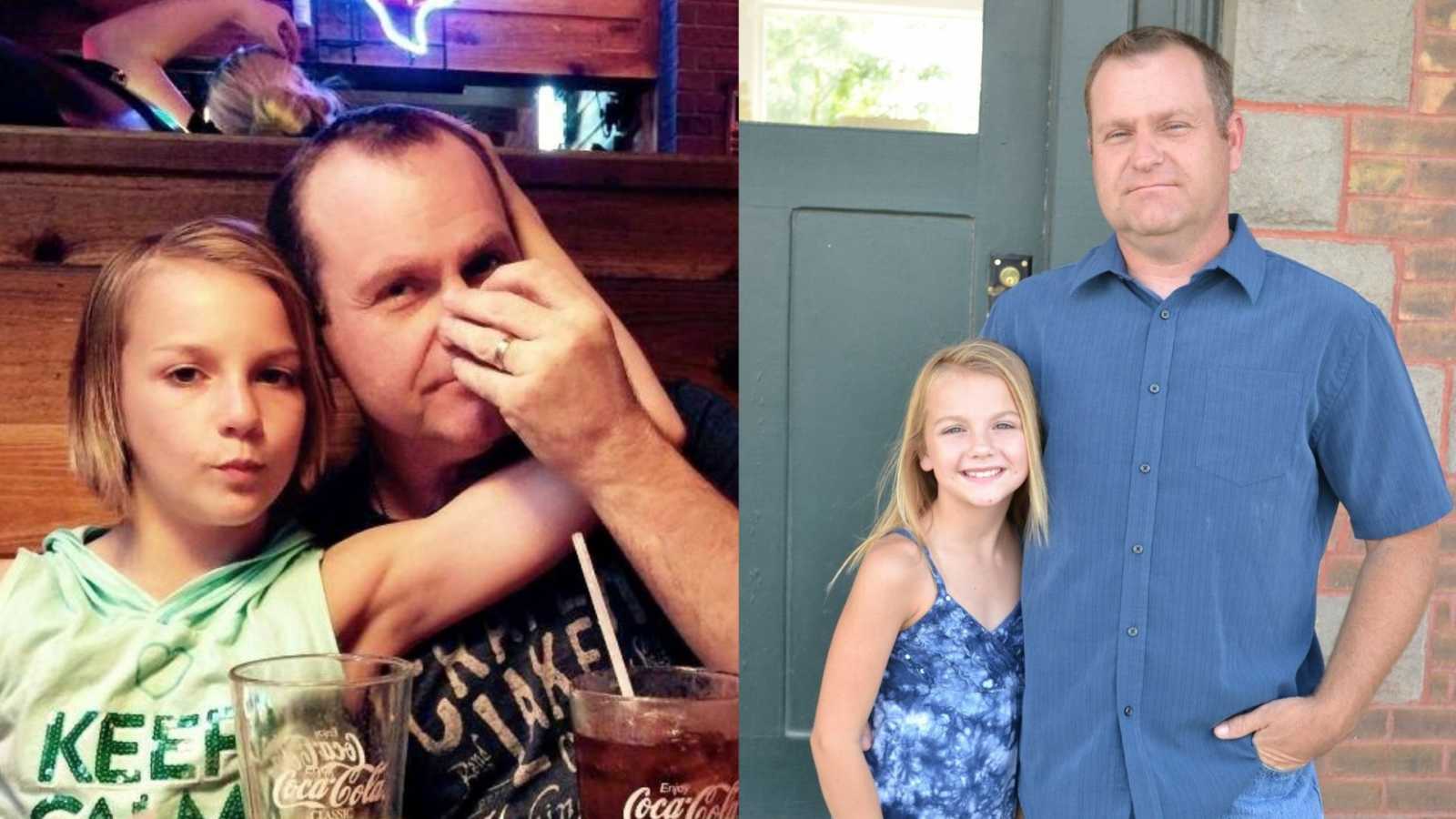 “My husband bungee corded my kid to the seat once. Not kidding. No lie. She was probably about 3-years-old and I had inadvertently forgotten to leave the car seat, and there was someplace he absolutely had to go. So, I guess he did the only thing he could think of in that moment to keep her safe, which involved bungee cords.

If I hadn’t beaten him home and saw it for myself, I am pretty sure I wouldn’t have even believed it, but there she was – strapped to the backseat of the car in a makeshift five-point harness. I thought that was pretty ingenious, but not nearly as awesome as when he actually did have the car seat, but only had his Snap-On tool truck and had to leave for an emergency run to McDonald’s for the neighborhood kids, and didn’t have a seat in there that could hold her safety seat. So, once again, using that creative mind of his, he did what any man’s man would do, and wrenched her car seat onto the tool wall with the strap he used to secure his toolboxes. Yes, friends, her car seat was suspended mid-wall, with her legs dangling having the time of her life. But that wasn’t my favorite. Oh, no.

My favorite was when I just needed a quick shower and came down to find her in her highchair with her bottle duct taped to the tray while he did chores around the house. Oh wait, did I say that was my favorite?  Silly me. No, my favorite was when he let me sleep in on a lazy Sunday morning. Imagine my shock waking up at 10 a.m. to not a sound in the world. Not the pitter patter of little feet, not the tugging of my sheets followed by, ‘mom, mom, mom,’ not the sounds of cartoons flooding the air or demands for snacks. I stretched, yawned, threw my hair into a messy bun and made my way downstairs thinking I would find an empty house or sleeping angel children. I didn’t find that.

What I found was four petrified children sitting on the floor of the family room, huddled together watching ‘IT,’ because apparently, he thought it was time for them to be scarred for life and develop an unreasonable fear of clowns. Of course, he was sitting on the couch above them repeating those famous last words, ‘this is the best part!,’ and the kids, to this day, deny being scared, but like any good mom, I ran and covered the TV with my open bathrobe and demanded somebody find the remote and change the channel.

It was kinda like the time he set up mouse traps in the garage and our daughter found a very pink baby mouse who was abandoned by it’s momma (we didn’t mention momma mouse might’ve met her fate in the corner). He could have told her he found the mom and returned the baby to it, but no, he made an improvised vet hospital in a box and nursed that damn mouse until it was it was big enough to run free like the wind – all because he wanted his little girl to be happy.

I spent a lot of time shaking my head in disbelief. I think I had a permanent look of confusion on my face with my eyebrows pushed together. I finally learned to just shrug my shoulders when he did something silly because behind all the shenanigans was a man with a pure heart and a man who was trying so hard to do the right thing, all the time.

I will never forget his last Father’s Day together with his precious girl. While we were in the hospital, none of us really knew how sick he was. I blindly figured they would give him some medication for his cancer pain, and we would go home, just like we had the two times before that. She came to visit him on that Sunday and gave him some wall art she made with a picture of them fishing, and a hat she bought while she was away for a few days with friends of ours who were trying to distract her. He wasn’t talking much at that point, yet he managed to sit up and open his eyes for a few minutes to tell her how much he loved the gifts. He put the hat on and smiled at her. She told him he should shave. They laughed. None of us knew in that moment that he would never shave again. She got him ice-tea and wiped his forehead with a cool washcloth. He slept through most of it, but she didn’t care. She just wanted to be with him, wherever that was, whether he was asleep or awake, alert or confused. It didn’t matter to her. She just wanted to be with her dad and he just wanted to be with her. There’s something special about the relationship between a dad and his daughter. I can’t explain what it is. It just is. And that day, I saw it more clearly than I ever have before, and I can tell you, it was magical. Because no matter how much we tried to convince ourselves that he would survive his disease, we all knew deep down that it was his last Father’s Day with her, and there was no way either one of them were letting go easily.

And so here we are, coming up on our third Father’s Day without him. We have found ways to honor him, to celebrate the day creatively, to laugh through the pain and push through the memories. I have been left to raise that sweet girl on my own and there have been plenty of times during those parenting moments where I have looked straight up to Heaven and demanded he come back. I have screamed, ‘this is not fair!,’ and ‘she needs you, not me,’ more times than I can count. I have even cursed him for leaving me with a teenager and accused him of watching and laughing at the beautiful chaos that goes on in our lives. But even though he is gone, and I am left doing the work for both of us, there is one thing I hope for her above all this Father’s Day. I hope that she does not thank me for being ‘both’ her mom and her dad. Because, I am not her dad. No, I am not her dad and I never will be.

No, I am not that man. I was not that dad. And, while I know there is a freezing void in her life, I don’t ever want to be. I don’t ever want her to think that’s what Father’s Day is about. I don’t ever want her to feel like, just because her dad is gone that she can’t honor him in person, that she has to fill it with somebody or something else. Because she doesn’t. She won’t have the BBQ, or the gifts or the family party or the roar of laughter at the inside jokes or the afternoon of fishing. But what she will have is quiet reflection, untainted memories and an appreciation for her dad that most kids, and some adults, will never have. Because once you have lost your best friend, that just kinda happens. In a weird way, I am happy. I am happy that in the midst of such a horrible tragedy in her life, that she has that and that her relationship with her dad will always be pure. All the good things will always be trapped inside her 13-year-old mind, before the hormones and rebellion and teenage angst. It will always be about sweet things, true love, unpolluted admiration, pop songs and puppies. I don’t ever want to mess that up or muddy it with something it isn’t. Because I am not her dad. Nobody will ever be her dad again, and that’s just the way it should be.

On a personal note, Happy Anniversary, my love. Thank you for walking the first part of my life with me. I miss you every second of every minute of every day. We all do.”