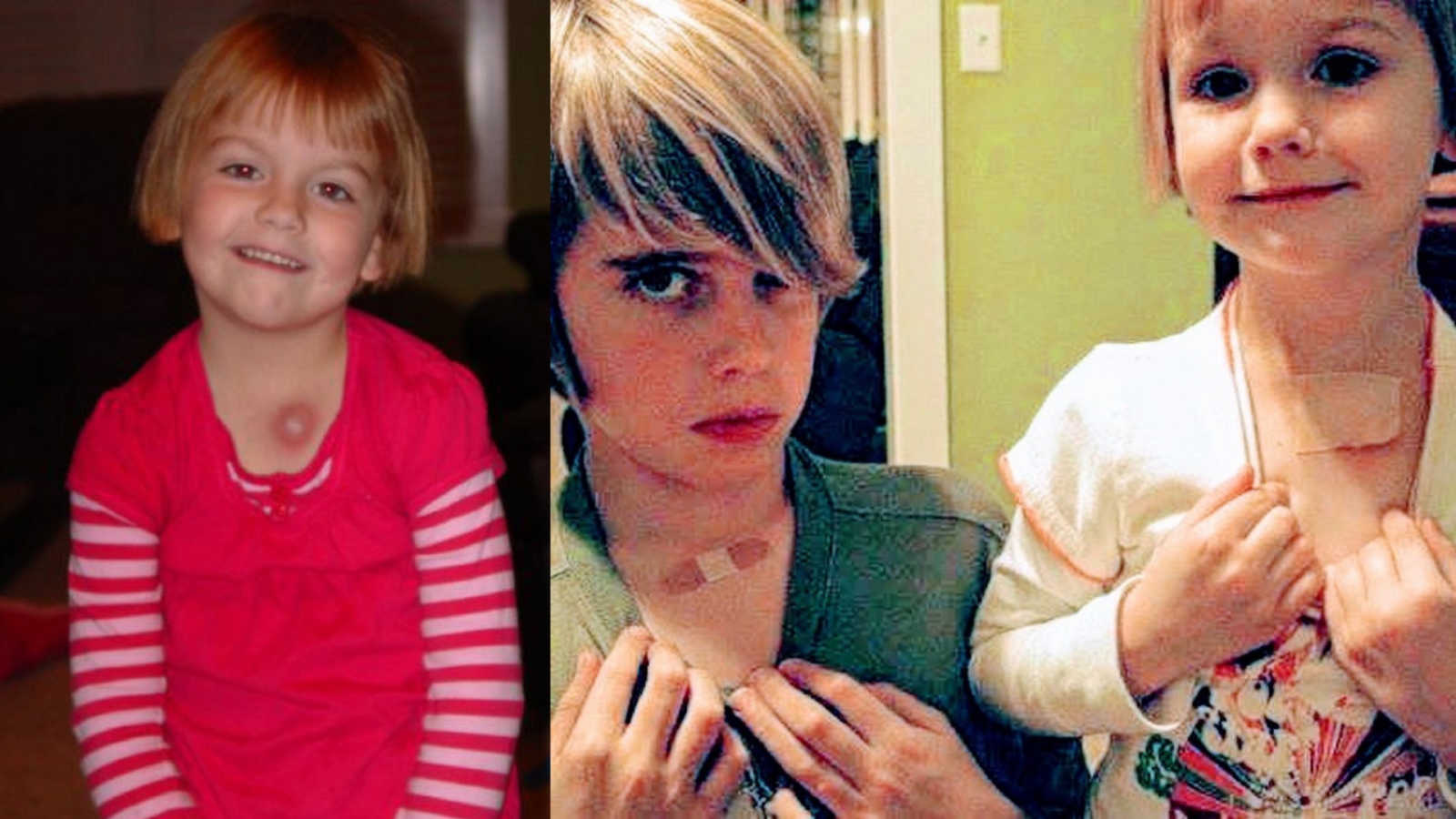 “Sometimes, I seriously wonder if it’s only my kids that fight. I mean, if you believe social media, all kids (even teenagers) are tiny angels who sleep, eat, play on cue, and not only have matching outfits but never make a mess. Annnnnd then… I remember Cain and Abel. I imagine Eve spent a lot of time chasing after them screaming things like, ‘Put down that rock!,’ ‘Who gave you that spear?,’ ‘No need for that kind of jealousy!,’ ‘Yes, you ARE your brother’s keeper and not only will you do it, but you will like it!’ Back then, not only could Eve have really carried out the act that went along with, ‘I brought you into this world and I can take you out!,’ but I’m pretty sure it would have been legal for her to go through with the whole ‘eye for an eye’ thing too.

Yes, sibling rivalry. There comes a point where those phrases, ‘He’s touching me,’ ‘She’s looking at me,’ ‘He’s copying me,’ ‘She’s breathing on me,’ go from parents saying, ‘Please stop fighting,’ to ‘Oh, shut up,’ to hysterical laughter. Maybe delusional laughter. Nervous, need-to-be-committed laughter. We get to a point where we really don’t care anymore about who’s right and who’s wrong. All we want is quiet. I used to tell my kids to pretend they were a tree. Just stand there. Be a tree. Trees don’t move. Trees don’t talk. It didn’t take long for them to realize I was full of it and then, suddenly, the tree was touching ‘hot lava’ and, well, you know how that goes.

I have four kids. The older three fought. They bugged each other. They got on each other’s nerves. My older daughter was in charge of driving my son to school and I’m pretty sure he purposely laid down in the shower for two hours in the mornings just to irritate her making her think they would be late. He Saran-wrapped her car once. He used to hide under her bed and scare her when she was least expecting it. You know, all the typical bored brother stuff. I spent most of my time refereeing arguments. And while all this was going on, I had a younger daughter growing up, and I was so tired that I could not imagine having to deal with the two of them for another however many years, too.

But this time, I was lucky. For whatever reason, he adored her. Maybe it was the big brother thing, I don’t know, but he loved his little sister more than anything. I remember the first time I noticed it. She was probably about 3, he was 8 and his friend pushed her down. Trust me, she wasn’t the only one on the ground after that, and he never spoke to that boy again. His loyalty was solid, and that’s when I knew – he was going to protect her forever.

Because she was a little premature, she was born with some kind of branchial cleft cyst. They told us not to worry about it unless it became infected, and it didn’t, until she was about 4. We ran to the ENT, they knew they were going to have to do surgery, but they had to treat it with antibiotics first. After several months and several rounds of medication, nothing was working, and the thing just kept getting bigger. And bigger and bigger and bigger. Until one day, my son came running into my room screaming, ‘That thing on her chest popped!’ My first thought was that he popped it himself, but thankfully, it had just popped on its own. I immediately took her back to the doctor who had to lance it – right then and there in his office, and after it was all cleaned out and she was ready to roll, he bandaged it up, good and tight, and told me to change the bandage once every day.

Um, yeah. Ok. Have you ever tried taking a bandage off a 4-year-old that is convinced it’s going to hurt her? Kinda like giving a cat a bath. I sat her on the counter, and I tried everything. Treats, bribes, magic powder, money, hugs, kisses – everything you could imagine to just let me take it off and put a new one on. She was not having it, and in her defense the doctor’s bandage was pretty much glued on. I didn’t know what I was going to do, but I knew I had to get it off. I don’t know how many hours into her screaming before my son came in, but the minute he did, he knew he had to act. He took a bandage from the counter and presented her with a simple question.

‘If I put this bandage on me, and let you take it off, will you let Mom take off yours?’

She pondered the idea, then nodded in agreement. He opened the bandage and handed it to her. She put it on him. She pressed it hard. She made sure it was on there as solid as hers was. He smiled at her and told her to rip it off. She did, and he didn’t flinch. She took a deep breath when she looked at me for her turn. He held her hand and I carefully removed it, cleaned out her wound and put a new bandage on.

His support of her never wavered, even a few years later when she was terrified of getting a shot at her check-up. So, he stepped up again, got his shot first, but promised to wear a glittery bandage all day if she would just get her shot and not cry. Because that’s what brothers are supposed to do. They’re supposed to make sure their sisters don’t cry.

Three years ago, her dad died. She was 13. Probably the worst time ever for a little girl to lose the man who was supposed to protect her as she went through life. Her brother already had plans to join the military. Everybody who said they would be there for her as she grew up, disappeared. I thought maybe my son had forgotten about her, too, until one day, a package arrived at the doorstep. Of course, it was a fake ankle bracelet. Of course, he was still looking out for her. And of course, they FaceTimed every day. Of course, he wasn’t leaving her alone. Even if he couldn’t be in the next room. He was never leaving her alone. And, that’s just the way it’s supposed to be.

If you look hard enough, you’ll find the one who has never left you alone. I know how hard it is to see sometimes, especially if you’re struggling with loss. Take a breath. Close your eyes. Open them and look around. Your person is there. I promise, they’re there. You are not alone.”

“He was the perfect husband, until my 27th birthday. He took me into the storage closet of our tiny apartment. ‘Surprise!’ he said, pulling out a white envelope. I thought it would be a cute card. Inside I found cold, hard cash. Literally hundreds of dollars. ‘I saved it. For your new boobs!’ I felt rage overtake my body.”