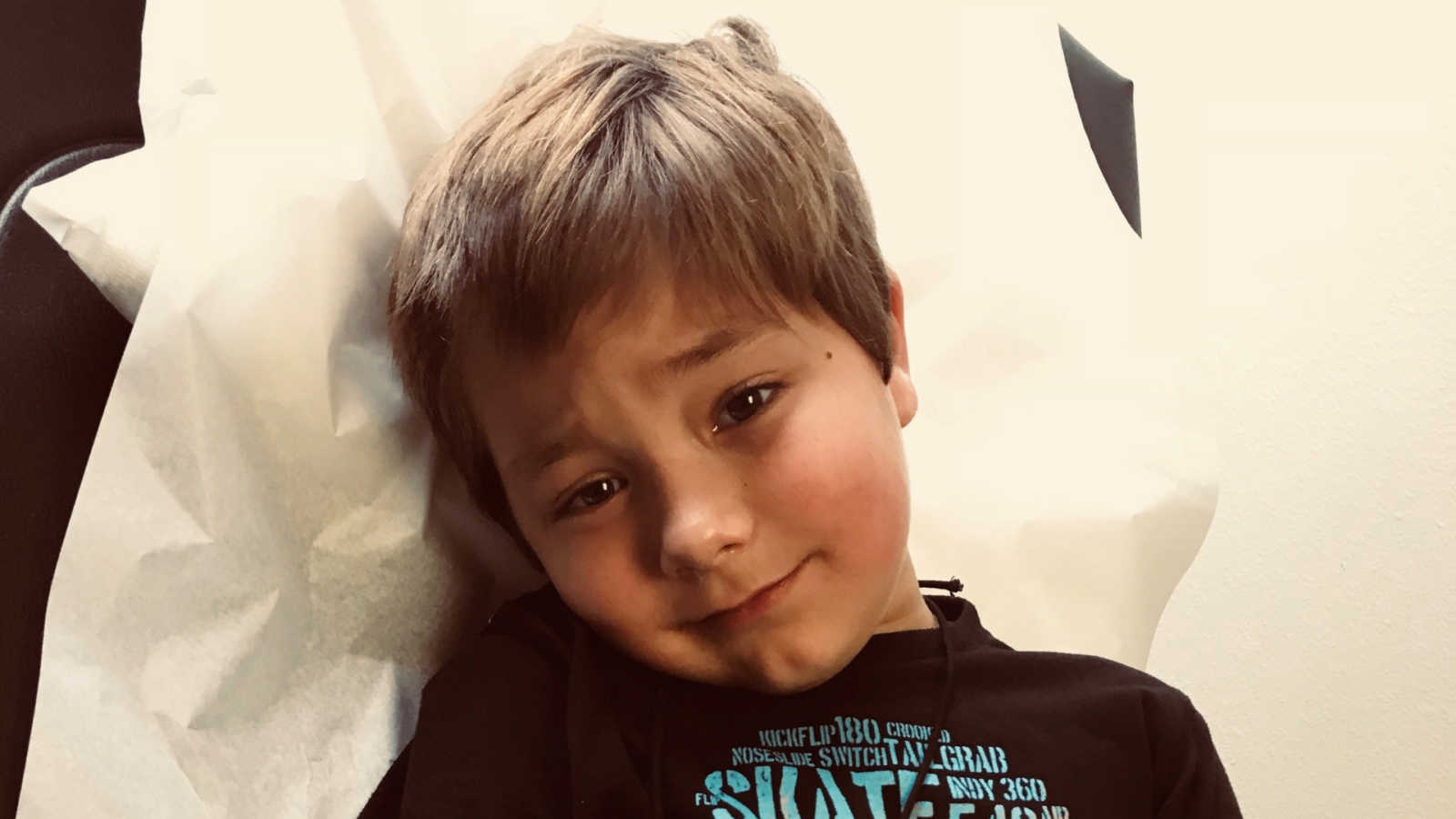 “My son broke his lower arm yesterday, near his wrist I think.

I haven’t had a chance to view the x-ray myself, but he sustained a Transverse Fracture to the Distal Radius. From what I deciphered via google, it’s a broken wrist, and according to the urgent care doctor, it’s a clear, clean break.

So, how did it happen? That must be on your mind.

When I picked my younger two kiddos up from preschool (’cause they go half day), I knew I wanted to take them somewhere fun. We considered The Humane Society (a regular stop for us), as well as a local bounce house, but then settled on the park. I had, in anticipation of a visit there, placed their scooters, a frisbee, and bug catcher equipment in the trunk to make the outing that much more fun for my 2-year-old and almost 5-year-old.

Thinking back, in the past, I may have held on to him for the whole length of the ride, but today, I lifted him, asked if he was ready and wanted me to give him a push, he gave a definite ‘YES!’ and then I pushed him on his way.

Except, well, he didn’t make it back to me in slow reverse as I forecasted.

The zip line ‘boinked’ at its end like it normally does, but he was unable to keep his grasp and ‘BAM’ ‘CRASH,’ he hit the ground.

He hit the ground hard.

Immediately he started crying, cringing and cowering in pain.

Fast-forward ahead to lots of reassurances that he was ‘okay,’ many minor movement checks to establish his range of motion or lack thereof, one stop at home for the hubby to wager his opinion, many exasperated phone calls, too much time in the waiting room and one doctor visit and x-ray later, I’m now taking care of a brave young man with a broken bone likely to be casted today when we visit the orthopedic.

So why do I share this lengthy recount of how my son came to be injured? I’ll tell you.

Because last night, after finally getting all the kids to bed, I took a shower and cried.

I cried because I had been the cause of my son’s injury.

I was the one that allowed him to do the zip line.

I was the one that pushed him on it, and I clearly pushed too hard and fast.

I was the one that let go of him to ride the zip line and chose not to follow him with a loose embrace.

He will now likely be in a cast for Thanksgiving, his birthday and possibly Christmas and I am to blame.

I thought to myself, ‘Today, I most definitely earned the ‘Worst Mother of the Year’ award.’

I stood in the shower, half cleaning myself, half crying and tallying up all the reasons why I am the worst mother.

My son broke a bone today thanks to me. That’s #1.

I initially ‘got on him’ verbally for crying and being too dramatic. That’s #2.

I told him he was fine; apparently, I lied, which makes that #3.

I bribed him to calm down with snacks even though you aren’t supposed to use food as a reward, pacification or appeasement. So, now you’ve got #4.

I questioned his pain level and whether he was truthful or overdramatic, making myself look like an idiot and this being reason #5.

I replayed the day’s events in my head and kept finding more things I did or said wrong.

Thinking about all the mistakes of the day (surprise, surprise) lead me to recount my mistakes of each day prior for the last 5-7 years.

But, then I stopped myself.

Why am I standing here in the shower, with the purpose of getting clean, and still allowing these dirty, gross and unbecoming thoughts to reside in my being?

I decided to wash away the wrong and somewhat excessive judgment I was inflicting upon myself.

I decided to wash away the mislaid blame I was placing on myself.

I decided to wash away the self-developed, yet incorrect belief that my mistakes, though there be a plethora of them, make me the worst parent and mother.

I decided to wash away the unrealistic notion that I shouldn’t make mistakes and that those which are made will screw my children up for life.

I decided to wash away the foolish idea that I made a mistake at all by going to the park, allowing him to do the zip line or by giving him a push.

And, once I washed all the crap away, I started to see beyond the nonsense.

I started to see how my choices today reflect what a loving and clearly not ‘worst’ parent I actually am.

I took my son and his sister to a place they desired to go. I took them out in nature to learn from it and connect with it, each other and me all in one afternoon adventure.

I may have played a role in my causing my son’s injury, but I was not the cause. Many factors contributed to the fall, and if I was the cause of anything, it was of him feeling confident enough to exercise courageousness by challenging himself to try a slightly more difficult park activity.

I may have been the one that permitted him to do the zip line, but guess what? I would and should do let him do it again because it is imperative he learns never to give up and always to get up when you’ve been knocked down.

I may have been the one that pushed him on the zip line, and though I clearly pushed too hard and fast, he wanted to give it a try, a real independent try, and that’s what I gave him.

I may have been the one that let go of him, but this is not the first and surely not the last time I will have to let him go, so any practice with that will benefit us both.

So, yes — my son did break his arm today, and it was on my watch.

However, I am not the ‘Worst Mother in the World’ because that happened.

This is something that will help me improve as an example for my children.

And today, well, I think my son and I are both perfect examples of strength, and that I’m proud of.

In this life, our children are going to get hurt — physically and emotionally — and without a doubt their pain will cause us pain, but the mere fact that our well-being is dependant upon theirs proves how intertwined and connected with them we are, clearly making us not ‘The Worst Parent in the World.’”