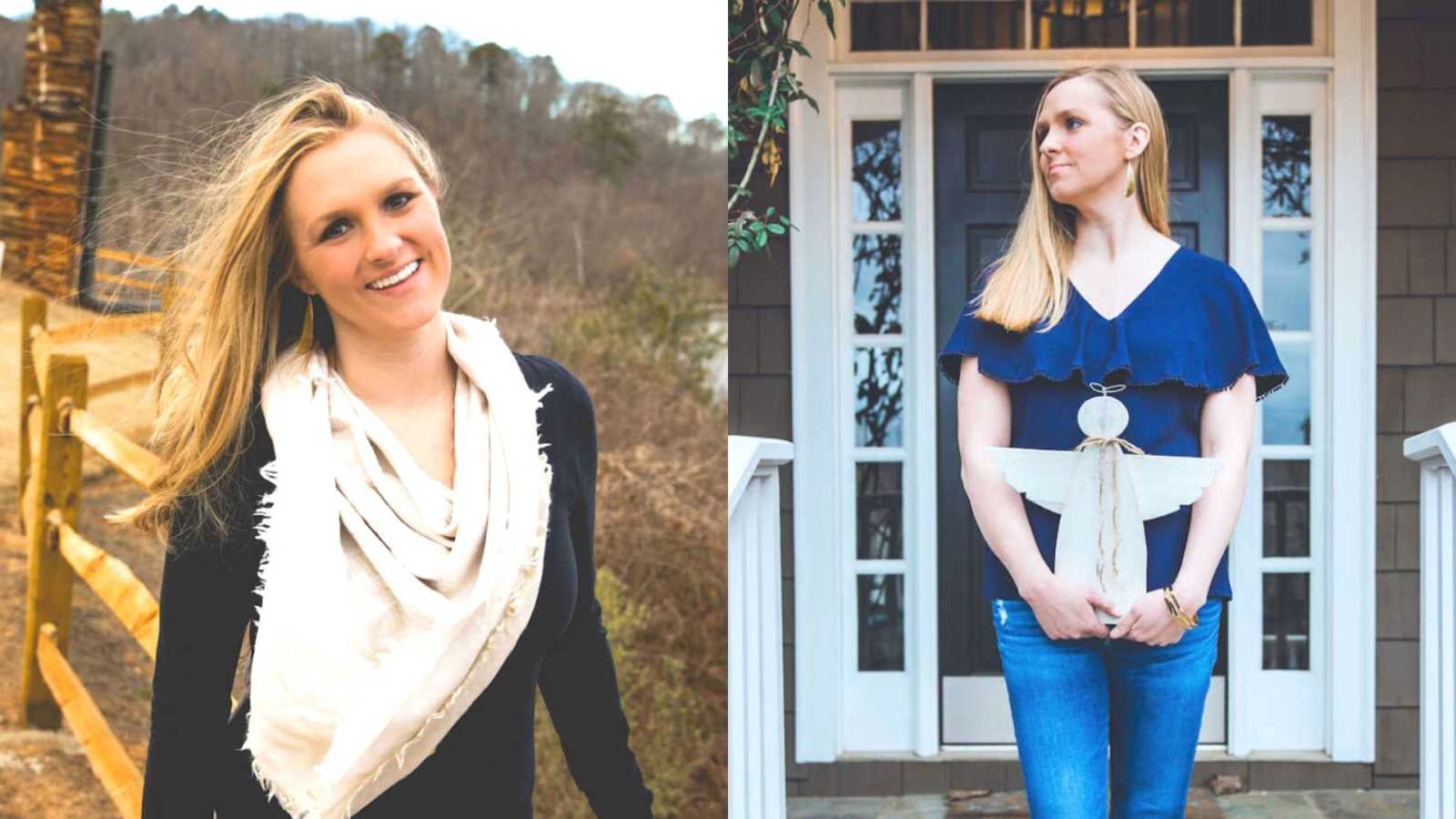 “After a year-and-a-half of unsuccessfully trying to conceive, I had stopped taking monthly pregnancy tests. I couldn’t stand the heartbreak of seeing yet another test come out with only one pink line, signaling what I already knew. Yet again, I was not pregnant.

My older brother was a honeymoon baby, and I’d always assumed my story would be much like my mom’s. So when my husband and I struggled to conceive, I was shocked, caught completely off guard. Doctors tell you to wait a year before you seek help for infertility, but I was in such denial I waited for a full year-and-a-half. The night before my annual appointment with my gynecologist, I sat on the couch with my husband and dogs, watching TV, making a list of questions to ask my doctor. After 18 months of tears and denial, I was finally going to ask the questions I didn’t want to even consider.

‘What would fertility testing and treatments look like? What was wrong with my body?’

There’s something devastating in the way we blame our bodies when they don’t perform reproductive functions the way we expected them to. We internalize guilt as if our struggles were somehow our fault. That’s why I hadn’t wanted to talk to my doctor sooner. I didn’t want to admit I believed I was broken. As I was working on my list of questions about fertility testing, I felt a sharp pain in my left breast. I’d been experiencing early signs of pregnancy all weekend — nausea, cravings, food aversions — but I was so used to seeing negative pregnancy tests it had not occurred to me that I could be pregnant. This stabbing pain in my left breast was the trigger I needed to finally realize my story was changing.

I literally put away a list of questions about infertility testing to go to the bathroom and take a pregnancy test. It was instantly positive.

I didn’t believe it, and I’m not sure my husband did either. I shook. I cried. I felt my entire body turn hot, then cold. I took a second test to confirm my husband and I were not both hallucinating, and by some apparent miracle, it was positive as well. My gynecologist confirmed the pregnancy with another test the next day. Having had an evening to process the news, I left my doctor’s office elated. Finally, after a year-and-a-half of heartbreak, our story was going to be a joyful one.

Or so I thought.

After my surgery, I didn’t know why my hormone levels were slowly creeping back down instead of instantly returning to normal. I didn’t know it would take nearly 8 weeks for my period to return. I didn’t know why my doctor was asking me to wait for a full cycle to try again when I’d already been trying for what felt like so long. And I especially didn’t know my journey was just beginning. That this miscarriage would be the first of four before my specialist, almost miraculously, discovered an unheard of uterine abnormality during recurrent miscarriage testing.

I didn’t know there were doctors who specialized in pregnancy loss. I’d never heard of a Reproductive Endocrinologist, the doctor for whom I’m now inexplicably grateful.

I could not believe how much I didn’t know.

When I got pregnant a second time, mere months after my first loss, one thing I did know was that my chances of miscarrying again were extremely slim. I clung to that knowledge with the same naïveté I’d had during my first pregnancy. But as I slowly inched my way through Atlanta traffic while experiencing a type of cramp I had never before felt — an intense tugging and tightening in my lower abdomen I would later learn was a milder version of a contraction — I forced myself to keep my emotions intact until I was no longer stuck behind the driver’s seat of my car. But when the car stopped and I was able to make it to the bathroom, I was greeted by the most unwelcome guest: an amount of bright red that, to this day 5 years later, makes my heart stop to remember.

Because my first miscarriage had required surgery, I didn’t know what to expect when miscarrying naturally. My doctor cried on the phone with me and tried to tell me what could happen, but the heavy period people describe is usually far from reality. It took a full week for my body to complete that loss. I was emotionally gutted just like I’d been after my first loss, and yet again I was stunned by the sheer volume of things I still didn’t know the second time around.

With 20-25% of women experiencing at least one miscarriage, how do women not have a basic understanding of something that is common to the female experience? As I navigated the murky waters of recurrent miscarriage testing — blood tests, surgeries, cold metal tables, and countless occasions with my legs in stirrups — I became a pro at making the vein in my elbow prominent for a blood draw, noticing every twinge in my stomach, and putting up emotional walls that made my later losses easier to manage emotionally.

I began approaching the loss of my pregnancies like the academic I was. I researched. I learned. I knew every possible outcome. When I found out I was experiencing an ectopic pregnancy, and then learned my fourth pregnancy wasn’t viable, I knew all my options before my doctors gave them to me. I knew what tests to expect and how to prepare for them. I knew what every bit of research since the 1970s indicated about tests being performed and the conditions I was diagnosed with.

And then I finally came out on the other side. My reproductive endocrinologist found a uterine abnormality that likely caused my losses and 8 weeks later, I was pregnant with the child who is now a happy, precious three-year-old.

I expected this experience to bring intense joy. Instead, I became angry. I was angry at the world for not telling me any of the things I needed to know. I deserved to know what to expect of my body, but because of other people’s discomfort talking about the subject of miscarriage, I was forced to walk naively and broken down a well-trodden path where I could easily have had a guide if we just talked about this subject more.

While I was supposed to feel happy about having a successful pregnancy and child (and in many ways I did), I was also filled with fiery fury, both for myself and for all the women walking this path blindly when they didn’t have to. Of all the gut-wrenching moments during my years in the trenches of trying to conceive and recurrent pregnancy loss, there are a few that stood out the most as those where society had failed me, and so many other women. One of these moments was Mother’s Day when people made plans to celebrate moms with living children and expected me — apparently not a mother — to simply comply. This was one of the major cruxes of my rage.

I was a mother, and it was not my fault I didn’t have any of my children in my arms to remind everyone of what seemed to me such an obvious fact. Tired of feeling anger, rage, and resentment, I channeled that energy into something new, something productive. I turned it into what I wished I’d had.

I decided to undertake the seemingly impossible task of ‘undefining’ motherhood so women like me could own their roles as mothers without others overlooking that fact. I wanted to create a space where women could be loved, nurtured, and prepared for loss. Not walking through it blindly, but with the guided hand of all their sisters in loss who had come before.

I have found community in women who support me even more than I support them. I have discovered that, with a lot of hard work, even more love, and a collaborative effort, we can slowly change how our society talks about infertility, miscarriage, and motherhood.

And I’ve found my fury has disappeared and instead, has funneled itself into a fulfilling purpose. I’ve found, although I’ll always wonder who the children I lost would’ve been, I no longer grieve my recurrent miscarriage experience. Instead, I’m thankful for it. I’m overwhelmed with gratitude that, because of all the heartbreak I experienced as I learned all that I didn’t know, other women can go through those same things knowing.

Through my purpose, I’ve found healing. And that, perhaps, is best of all.”

This story was submitted to Love What Matters by Katy Huie Harrison, Ph.D., from Atlanta, GA. You can follow their journey on Instagram. Do you have a similar experience? We’d like to hear your important journey. Submit your own story here. Be sure to subscribe to our free email newsletter for our best stories, and YouTube for our best videos. 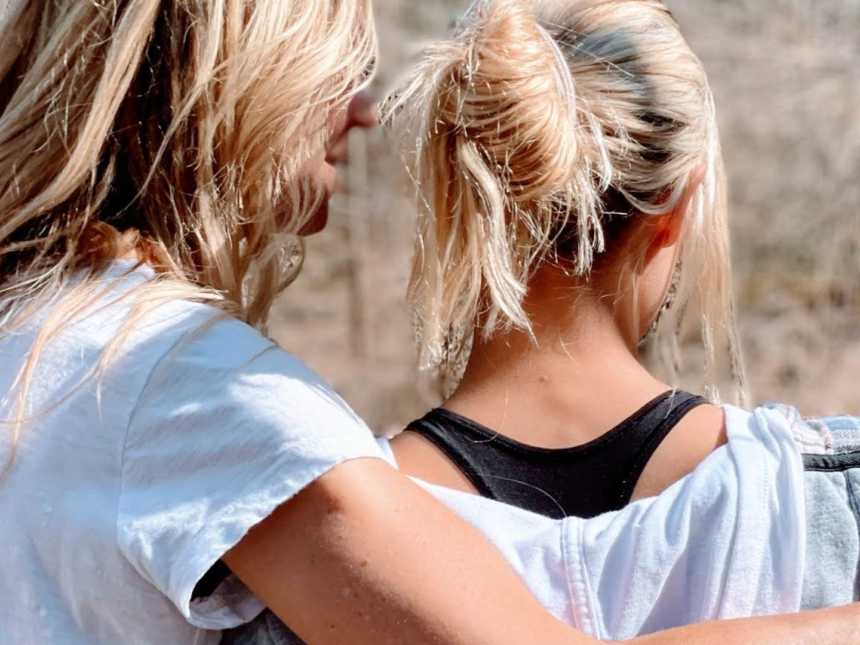 “Right now, I know it seems like there’s no escape. That no matter how hard you try, how fast you run, how fiercely you try to claw your way to freedom from yourself, you sink deeper and deeper into the quicksand of shame and self-resentment. Dear Kahrin, you don’t believe this now, but you will be loved.”