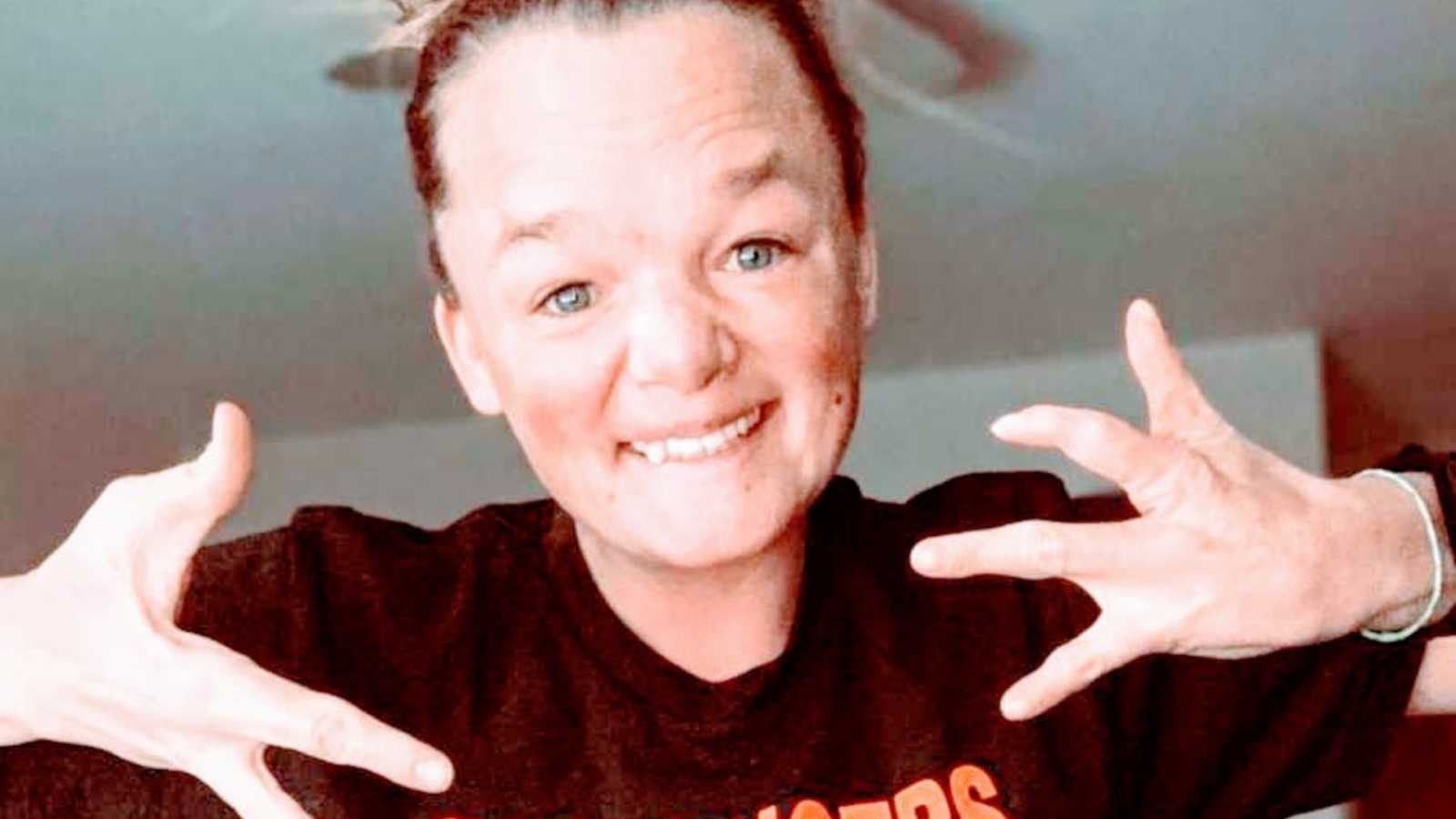 “I was born with Ectrodactyly, which is a deformity of the hands and feet. I’m the only one in my family that’s born like this. When you read up on the limb difference, it says it genetic but clearly I was the only lucky one in my family who was blessed with it. When I was younger, it didn’t bother me as much because my family never really treated me differently. It was when I was going to school I was nervous. Middle school was when I felt really self-conscious about myself but I had a few close friends who made me feel comfortable in my skin and like I could wear anything without them staring at me or making me feel uncomfortable.

As for surgeries, I was no stranger to the hospital. I had surgeries done when I was little. I had an extra bone in my finger so they made an extra finger for me, so now I have four fingers on one hand and three on the other. I also had surgery on my feet and on my head because I had a cyst that was close to my brain. I had surgery on my mouth because I had permanent baby teeth, so they had to take them all out and give me dental implants. During the recovering, I had to get a blood transfusion because I lost so much blood at one point. So I never broke anything in my body until almost 2 years ago when I broke my femur. It was a spiral break and I was in the hospital for 3 days then released to recover. I also didn’t need physical therapy but they sent me home with some easy exercises to help strengthen my leg.

I was in special education for a year in elementary and I would always get made fun of. Fast forward to middle school, I wanted to feel included in things so I joined some sports: volleyball, cheerleading, tennis, and even half of a season in track. I thought to myself, ‘Maybe if I include myself in activities, the attention will be less on my physical appearance and more on my performance.’ It went well and I would have the occasional stares but I tried to let that bother me as much. Oh, I forgot to mention I was a people pleaser. I always put everyone’s needs before mine because, in my head, I thought people would like me more. I was always there for everyone else but not for myself.

It was not until recently at age 30, I decided enough was enough and it was time to put myself first. It wasn’t until a friend reached out to me and discussed being a ‘BeachBody coach.’ Before, I would do workouts from home so that’s when she reached out to me. Not fully knowing what BeachBody was, I signed up and just went with the flow. I learned more about what it was and that’s when fitness really came into play for me. It’s those couple minutes working out when I have some ‘me time.’

One of the vital behaviors as a coach was to put yourself first and for a while, it was hard for me to do that because I would always put everyone else’s needs before mine. That’s when I really started my self-love journey. I had to train myself not to think it was selfish to put myself first. In fact, I’m still trying to learn that.

In order to be honest with everyone on social media, I had to be honest to myself and open up vulnerable sides of myself. That’s when the nerves came into play in my head but I was surprised with the positive feedback and all the support I was getting. Everyone has their own perceptions of BeachBody, whether they think it’s a pyramid scheme or not, but for me, it was about the community and how it’s a judgment-free zone and how supported and loved you are.

Recently, I’ve been having bad days and tearing myself down a lot, and I feel like I’m a burden talking to my family and friends about it. I’ve decided to seek professional help for my mental health. I already had the tools to help me, but it wasn’t enough to help me get out of this rabbit hole I’m currently in. So I’ve decided to rip the bandaid and seek help, trust me it was hard to even admit I needed help. To everyone else, I was that bubbly person who was always complimenting everyone and made everyone happy, but deep down, I wasn’t happy about myself and comfortable in my own skin.

This story was submitted to Love What Matters by Brittany Leese of Fenton, MI.  You can follow their journey on Instagram. Submit your own story here, and be sure to subscribe to our free email newsletter for our best stories, and YouTube for our best videos.

‘If you don’t like me because of my hands, your loss.’ Our differences make us unique. We’re enough just the way we are.’: Best friends advocate for limb differences, ‘You’re perfectly made’

‘I was called freak, alien, monster. ‘When will this end? Did I make a mistake by not amputating my leg?’: Limb difference advocate says ‘I’m proud to stand out’

‘Have you been biting your fingernails?’ he asked. I got this sinking feeling.’: Woman with limb difference goes on self-love journey, ‘Being different is amazing’

‘Mom, I don’t like my hands.’ Her gloves always had an extra space. She came to me with her piggy bank, begging for four-fingered gloves.’: Little girl with limb difference ‘beaming with joy’ after gifted custom gloves