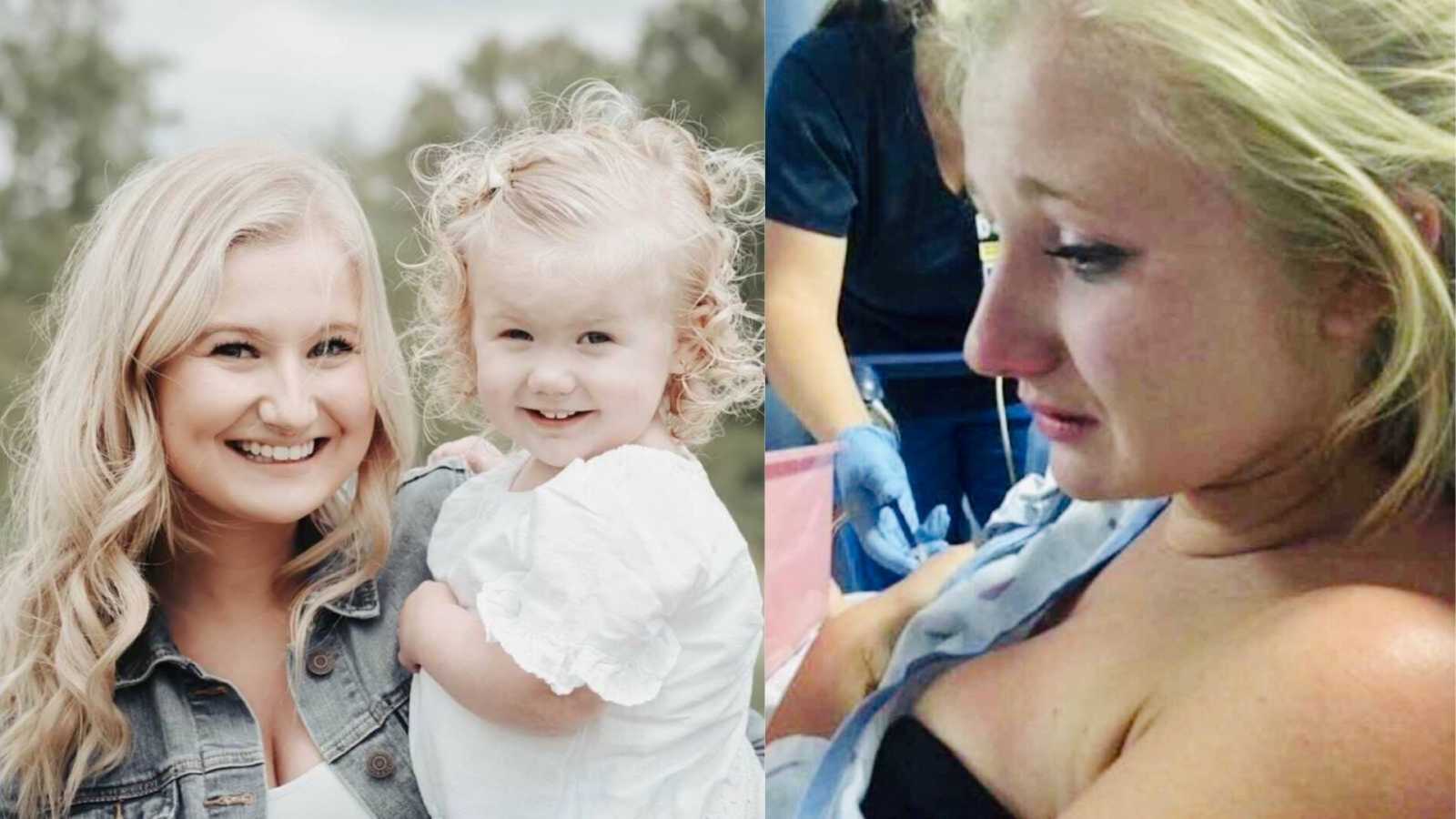 “‘I refuse to be an alcoholic.’ ‘I drink to help my anxiety.’ ‘I do not have a drinking problem, I have an anxiety problem.’

Hi, my name is Haley and I am an alcoholic. My sobriety date is December 24, 2018. That day was the day I stopped running, and the day I embraced what a freeing experience I was about to feel.

When thinking of my story and how I got where I am now, it is hard to pinpoint exactly where it all started. I had a normal childhood and never went without. I was involved in school, sports, and was a people person. I always felt as though I was special, and I had this unique feeling I was meant to run the world. I now know I was experiencing ‘entitlement,’ and that’s what ultimately got me.

At age 14, I took my first drink early in the morning around my parents’ kitchen table, dancing and singing with my girlfriends. I had arrived.

From that point on, school became a place to socialize, nothing more. Somehow, I managed to maintain a steady GPA. However, my drive I had once had simply left and the only thing that motivated me was being the center of attention and men. There is a man in every one of my stories. I became the biggest manipulator I knew, doing whatever I needed to feel satisfied.

Fast forward to the end of high school and going off to college. I started off at a community college and then later transferred to a four-year school. During my community college days, I started hanging out with older kids and my drinking progressed. I went to a party up the street and drank to the point of blacking out, which became normal for me. During the blackout, I somehow made it home, brought a guy with me, and my body became an object. I remember my mom coming down and demanding the guy leave, and as it was happening, the house was getting robbed. I woke up and played the victim. I felt sick and went to work as a lifeguard, while my family was left to deal with the mess.

I blamed everyone for my misery and kept doing the one thing that brought me relief and ‘happiness,’ which was partying and men. I moved up to school and wanted the college experience. I was broke within a few months of paying rent and partying on the weekends. The weekend turned into Tuesday nights, which lead to Thirsty Thursdays, and then I found myself curing my hangover with alcohol.

Drink, pass out, wake up, find out what I did, beg for forgiveness, search for alcohol. That became the pattern and I could not go anywhere without putting alcohol in me. I hated my life, and alcohol allowed me to transform who I was and be anyone I wanted to be for that period of intoxication. However, when I would come to from a blackout, I would have to face the torment I had caused. I was a coward and unable to do that so I just drank.

I had a beautiful baby girl and still, this did not stop me. At this point in my life, I had gone dry for some periods of time and tried to manage my drinking. Every time I did this, I failed.

I wanted this idea of a ‘perfect family’ so badly. In the process, I had entered people’s lives like a tornado and caused chaos to everyone in my path. I was selfish. When I drank, I became an ugly and destructive character.

A night that haunts me to this day is one that changed the dynamics of a family. I had gotten up at 5 a.m. to go to work, then school, then home to care for my baby. Accompanying me was a drink, at all times. I was intoxicated to the point where I woke up with a large man on top of me. A man that should not have been on me. I left the room, grabbed my baby, and locked myself in my room. I then proceeded to get help from my parents and was in the hospital yet again.

‘Had I been assaulted, or was it my fault?’

The insanity of the next event is truly chaotic, but at the time, it was the sanest answer to everything. I moved across states to, yet once again, run. I still had the same problems, yet was not ready to surrender. I still had a few go-arounds in me that would get me to where I am now. Moving states, as I said, was not the magical answer and did not cure the situation. My drinking continued and got to the point where I was without a car, broke, and taking out secured credit cards so I could somehow find alcohol to manage the days where I was home alone, being a mom.

Those words are haunting. I thought I was being a mom. Yeah, I was physically taking care of my baby and bathing, feeding, and caring for her. But did I really care? My whole thought process was how to escape the torment going on in my head. I wanted to die.

At this point, I somehow still had my parents’ help and they brought me in once again. They had my baby and I came to be with them. I got a job, which happened to be at a recovery center and within the first 5 months, I was able to admit I was an alcoholic.

The day I surrendered was the day my life changed, the day I started loving myself again. The day I became the best version of me that I could be. I was able to love in a healthy way and be the best mom, daughter, friend, and girlfriend I could be.

Today I am a college graduate with my bachelor’s in psychology. I am working with others and helping those become the best versions of themselves. I am comfortable in my own skin and I am at peace with my mind. My mindset is to persevere and continue to grow as a woman, mom and one day even a wife. I am hopeful and absolutely content with who I am today.

One of the greatest things about recovering is the friends you make. I have met the most amazing women and had the privilege of starting a blog with two incredible boss babes that I call my besties: Hopeshot_Moms.

I have a past, yes, which does not define me. It only makes me stronger and is the reason for where I am today. I am a hope shot mom.”

This story was submitted to Love What Matters by Haley Loveridge. You can follow her journey on Instagram and Facebook. Do you have a similar experience? We’d like to hear your important journey. Submit your own story here. Be sure to subscribe to our free email newsletter for our best stories, and YouTube for our best videos.

‘I keep telling them to give up on you. I don’t know why they won’t listen.’ The officer grabbed my black and blue arms. I was a walking zombie.’: Former addict transforms her life, ‘I was never hopeless. I was never unworthy.’

‘Lisa, marry me.’ ‘Ask me when you’re sober,’ I’d say. With enough alcohol, he’d tell me he was God’: Woman spends years with alcoholic, realizes ‘I didn’t have to stay with him to prove I was tough enough’

‘Don’t go too far. You have work the next morning.’ My boyfriend jumped in to save me. I was so intoxicated I couldn’t swim back.’: 24-year-old overcomes ‘party girl’ alcoholic lifestyle to thrive in healthy, sober life, ‘I never thought this day would come’